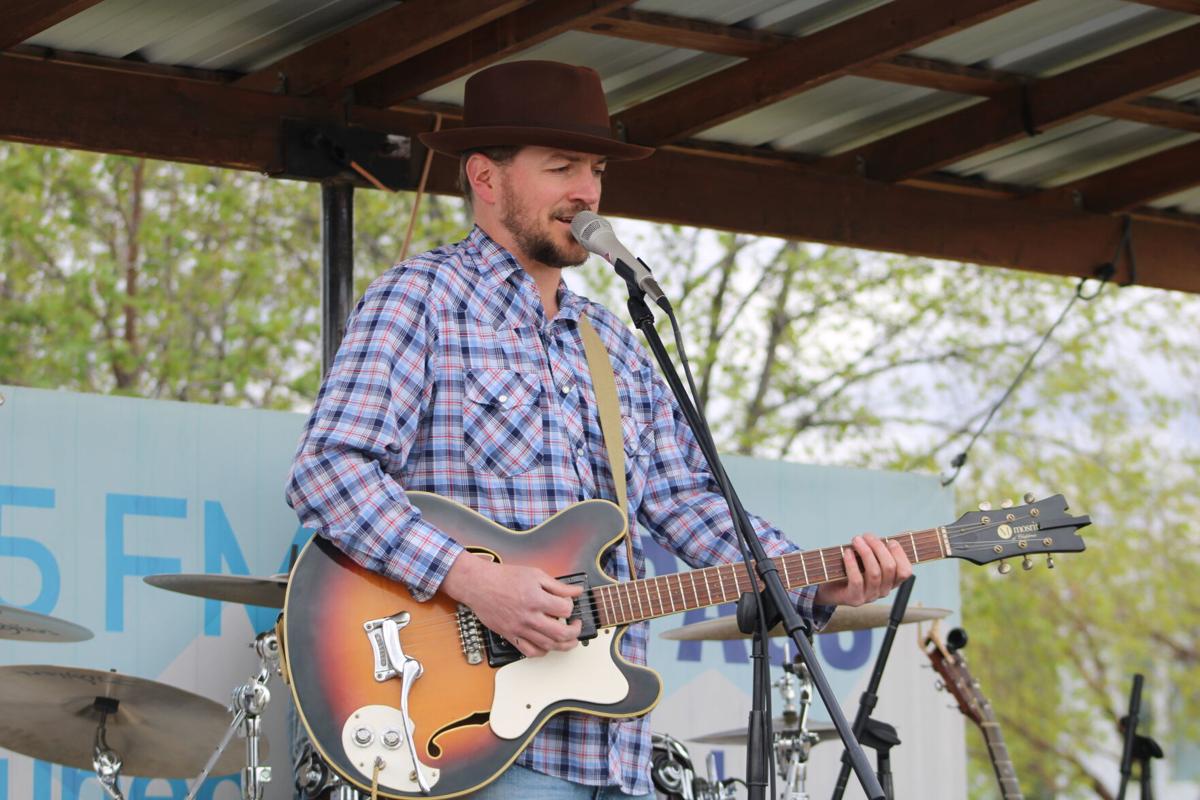 Roland Roberts performs at the first Friday Fling of the season May 21. 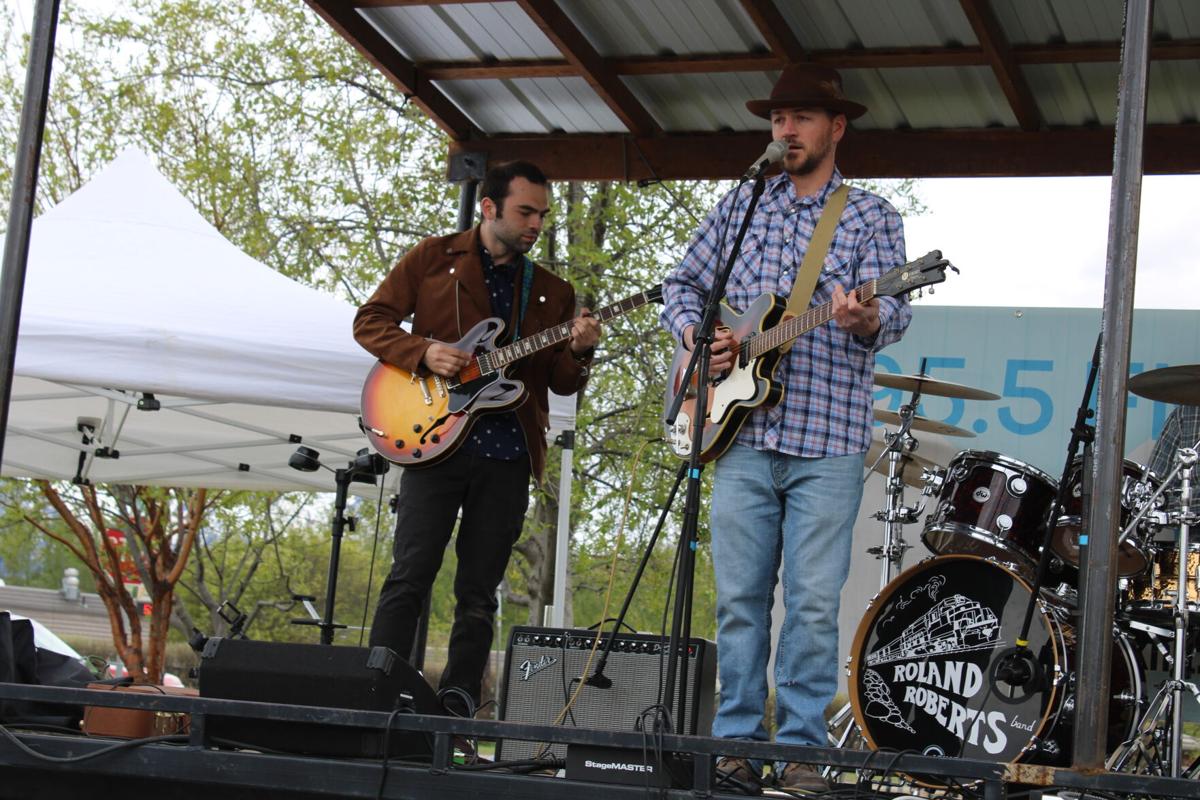 Roland Roberts performs at the first Friday Fling of the season May 21.

WASILLA — Friday Fling is officially underway with different musical acts from across the Valley performing each week, giving attendees a wide range of local entertainment to listen to while browning through downtown Palmer’s popular summer marketplace.

The Roland Roberts Band was one of the first acts to open the 2021 Friday Fling season. Lead singer, Roland Roberts recently participated in a question and answer interview to discuss Friday Fling, his craft, and the local music scene.

Q: When did you start performing at Friday Fling?

“I did two last year. I did one by myself; and I did one with the band last August, and there’s a couple of songs on Youtube from that one.”

Q: What’s it been like playing at Friday Fling?

“I noticed a lot more people turning out than last year, and I think that was just because of COVID really… Getting to do the first one this year without all the doom and gloom of the pandemic, it seemed to be way more lively and on the up and up. I think it’s gonna be a great season for Friday Fling.”

Q: What do you appreciate about Friday Fling as a venue?

“I really enjoyed it. It’s a family friendly kind of event. It’s not late in the day… I feel like it’s a really fun environment, as long as you don’t get blown away by the wind,” he said with a laugh.

Q: Will you be back at Friday Fling?

“Yeah, I think we’re playing again in August. Any Friday afternoon I have available, I’m gonna pop down there and do my produce shopping for the week and maybe get one of those corn dogs. They were really good.”

Q: What do you think about all the local creativity and homegrown products on display at Friday Fling?

“It’s really, really great. I’ve always been a shop local kind of guy. I feel like this just takes it to the next level. You’re actually meeting the person that made it or grew the fruits or the vegetables and they’re right there explaining to ya what they did and how they were made… To be able to interact with the creator, be it the farmer or the artist or what have you just makes it that much better.”

Q: You moved to Alaska three years ago, what’s it been like playing in the local music scene?

“It’s been really great. It’s unbelievable how much live music is supported in Alaska. It’s up here by itself and has its own scene… I just feel very fortunate to have been so invited and so welcomed in… It’s just one big happy musical family, and there’s no place like it in the world.”

Q: Do you think there’s a lot of diverse styles and genres up here?

“I do. I’ve noticed you’ve got a little bit of everything.”

Q: What’s it been like as a performer adapting to the pandemic leading up to now?

“At first it was devastating because I released my first album on March the sixth of last year. About a week later, the whole world shut down. It’s funny because the album was called ‘All about the Timing.’ I don’t know that the timing could have been worse or so it seemed… We had to cancel everything. I was supposed to go to Europe that fall… We just kinda got together and practiced some songs and just said, ‘I guess we’ll just have to do what we can like the rest of the world…’ We had some things trickle back through. We did play at the Ale House… We play one inside the racetrack out at the Butte. We did one at the Boatel in Fairbanks and the Golden Saloon in McCarthy… All the while we practiced every week… When we came out earlier this year we did our first show at Hatcher Pass Lodge… Everybody just couldn’t believe it, ‘man, you guys have gotten so much better.’ It’s because we just practiced during the whole pandemic.”

Q: Do you think one of the silver linings of this pandemic was getting all that practice time in, helping you grow as a band?

“Absolutely. I would definitely say that was one silver lining. I would say another one was that while people were at home, they were actually looking for new music to listen to. So, radio plays went up. Because of that, I think my album made it a little farther than it would have; and it went all the way to number six on the U.S. folk charts, and it’s still on the radio from coast to coast down there.”

Q: Would you say that you have some pretty good momentum going now?

“Yeah we really do. We’ve got a packed schedule all summer long. We’re playing all over from the Kenai Peninsula all the way to Fairbanks, out to McCarthy. We’re doing Salmon Fest in early August. We’re just beyond excited. We’re gonna ride the wave as long as we can and head back to the studio this fall to be ready to come out with a new album this spring, and do it all again.”

Q: What’s it been like playing with Alvin Fernandez, Matthew Wallas, and Matt Faubion with the Roland Roberts Band?

“It’s one of the best experiences I’ve ever had… We’re like brothers… We’re all really, really good friends. So we hang out when we’re not playing music. That comes through in our performances. I feel like everybody can feel how much fun we’re having… I don’t think it’s possible to come to a Roland Roberts show and not have fun because we’re up there having such a blast. There’s nothing like getting paid to do your favorite thing with your favorite people. This is hands down my favorite band that I’ve ever put together, for sure.”

For more information about the Roland Roberts Band, including dates for upcoming shows, visit rolandrobertsband.com.