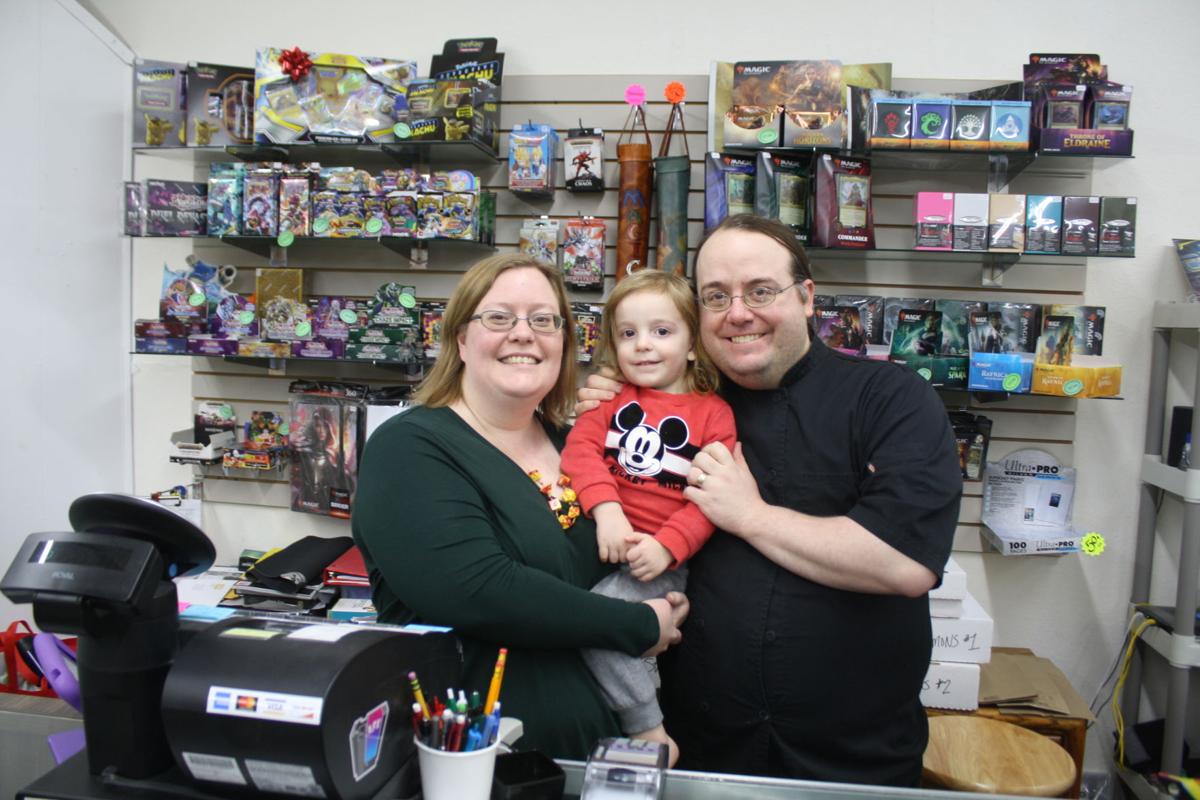 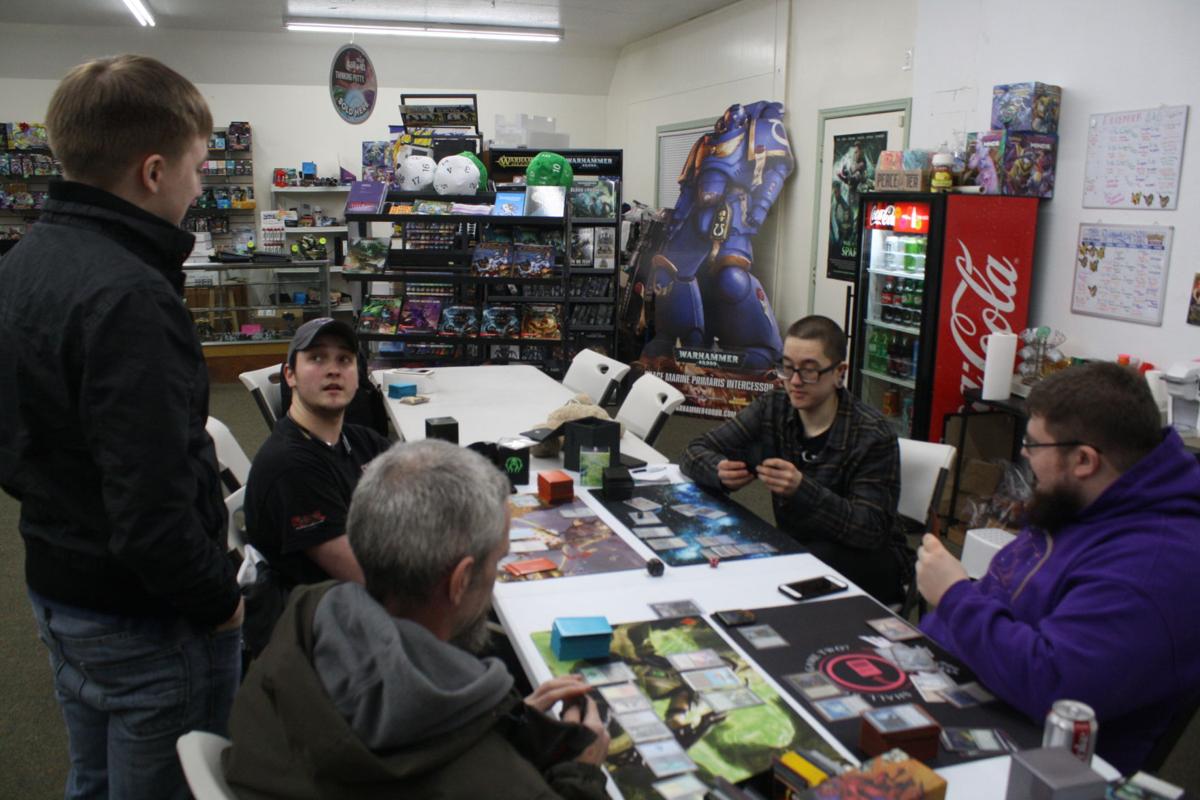 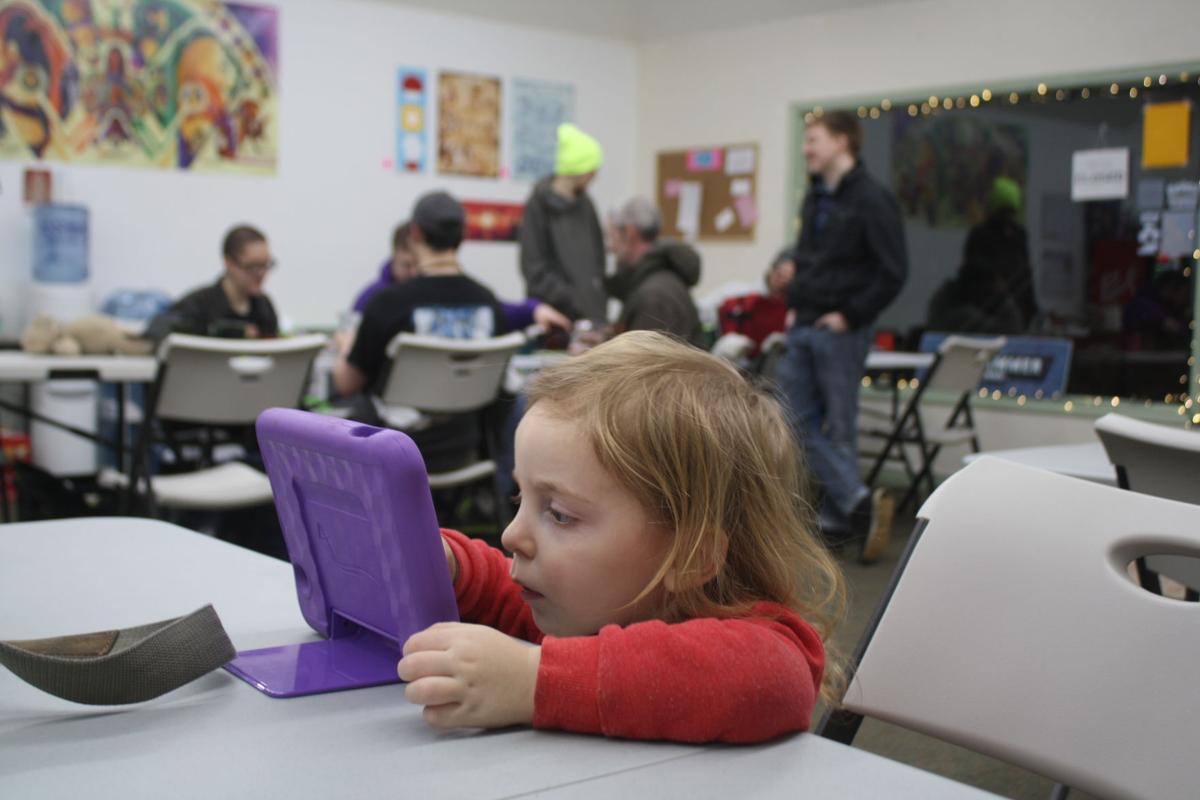 Miles Sumner plays on his tablet amid a Magic tournament. 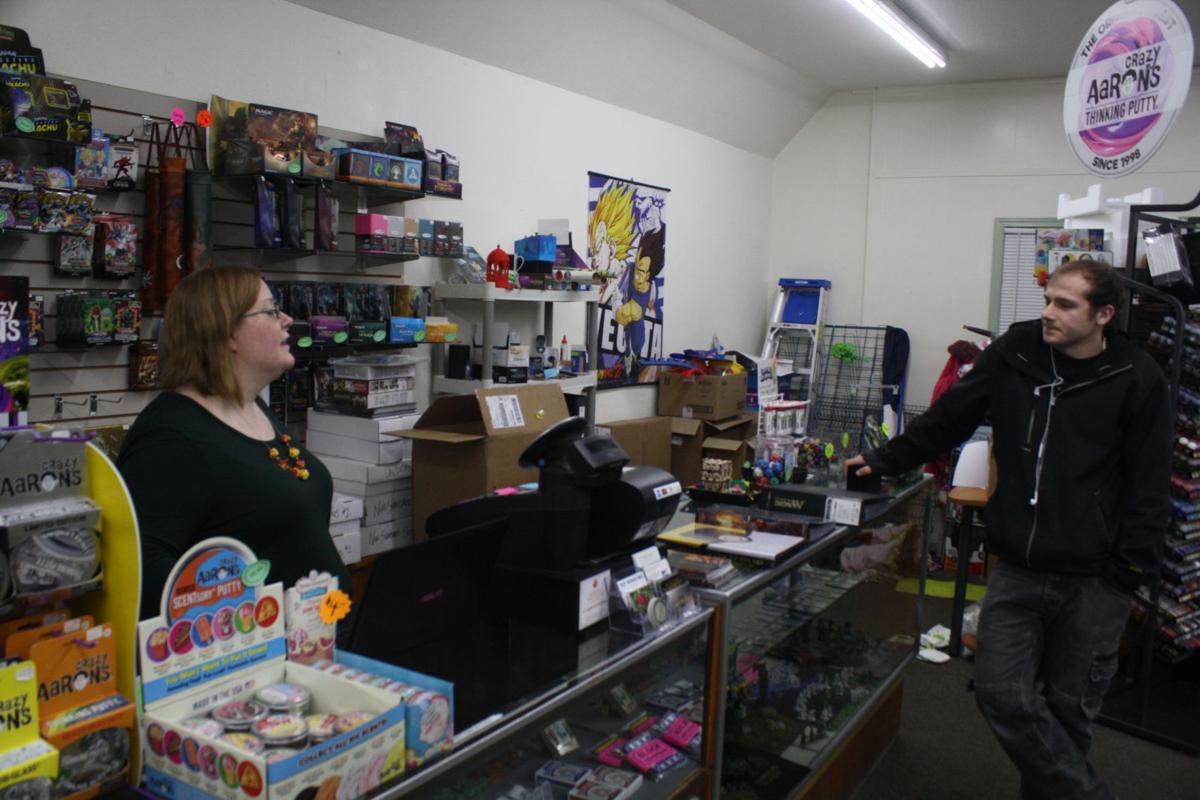 Amber Sumner interacts with a customer.

Miles Sumner plays on his tablet amid a Magic tournament.

Amber Sumner interacts with a customer.

WASILLA — Brandon and Amber Sumner opened Game Theory in August of 2018 with a vision to create a gathering place where everyone feels welcome. They wanted their game and card store to encourage as many young players to join as the novice players; a place that encourages children and their families to come together.

A group of Magic the Gathering card players joked back and forth as they sorted through their decks and practiced for one of the weekly tournaments Tuesday.

Zane Markov, 23, was one of several Magic players present that evening. He said that he recently got back into the game and found an encouraging atmosphere to dust off his cards.

“This is a very welcoming place,” Markov said.

Zane said the general demographic that utilizes game and card stores tends to be males his age and older. He said he’s been to other game stores that weren’t as welcoming and the die-hard players weren’t as inviting to new or inexperienced players.

“If you were a new person or maybe someone who kind of falls of Magic’s target demographic, you would feel really overwhelmed going there,” Markov said.

Markov said that he sees more people he wouldn’t think play Magic at Game Theory and thinks that’s due to the welcoming environment they offer.

“The people who chose to play here are varied,” Markov said.

Game Theory is hosting a special event this weekend. Local Magic the Gathering players are invited to a three-day Magic Sealed League starting Friday at 6:30 p.m., running through Sunday. Participants will be able to get their hands on the newest decks and special cards a week before the regular launch to the general public.

Wizards of the Coast is the game company behind Magic the Gathering and Dungeons and Dragons, which are two of the most popular card and role playing games of all time.

Amber said Game Theory is officially sanctioned store through Wizards of the Coast, so that’s why they’re able to host these pre-release events about every three months. She said they hold a “sealed tournament” during these events, meaning every participant opens up the brand new, sealed cards and only uses those during the tournament.

She said it’s a great way for young and new players to start out and get handle on tournament etiquette. She noted it also levels the playing field a bit since everyone is using the same pool of cards and didn’t have days if not more to prepare. She said the players really enjoy it and the environment seems be more about fun than competition.

“It’s like a party,” Amber said with a laugh.

Game Theory regularly hosts workshops for new and young players. The Sealed League this weekend kicks off a six week series that serves as an introductory course to Magic.

Participants will receive a 60-card starter deck, a booster pack, and one “Theros Beyond Death” promo pack to start their collection.

“You have to learn somehow and that’s what’s super cool. This store goes out of their way to make sure there are opportunities for new people to come and new people who don’t know how to play. That Sealed League she’s [Amber] doing is super nice. That’s a really cool thing to do for them,” Markov said.

Amber and Brandon both feel like it’s been a successful first year. They didn’t set out to compete over prices with box stores or Amazon. They sought to create an amiable environment with friendly players and plenty of encouragement along the way. Looking out at the crowd, Amber said that their vision has come to life.

Brandon said that he wanted “break stereotypes” with this store. Game Theory is about being a destination, a regular hang out spot for friends both old and new. He said that he’s witness shy people open up and new players get the hang of things while being surrounded by advice and encouragement from seasoned veterans.

“I think we’re on a good path where we are,” Brandon said.

Anyone can walk in and use their selection of onsite board games. Anyone can bring their own cards or games and utilize an open table. Brandon said that couples regularly bring their kids. They even have a game night for couples with toddlers.

Brandon and Amber are raising their toddler Miles out of the store.

“He learned to walk here,” Amber said with a laugh.

Game Theory is located in downtown Wasilla, across the street from Turn A Leaf. The address is 500 East Swanson Avenue. For more information about the Sealed League or the store in general, call 907-376-5708 or look up their page of Facebook. They regularly post announcements and tournament schedules.