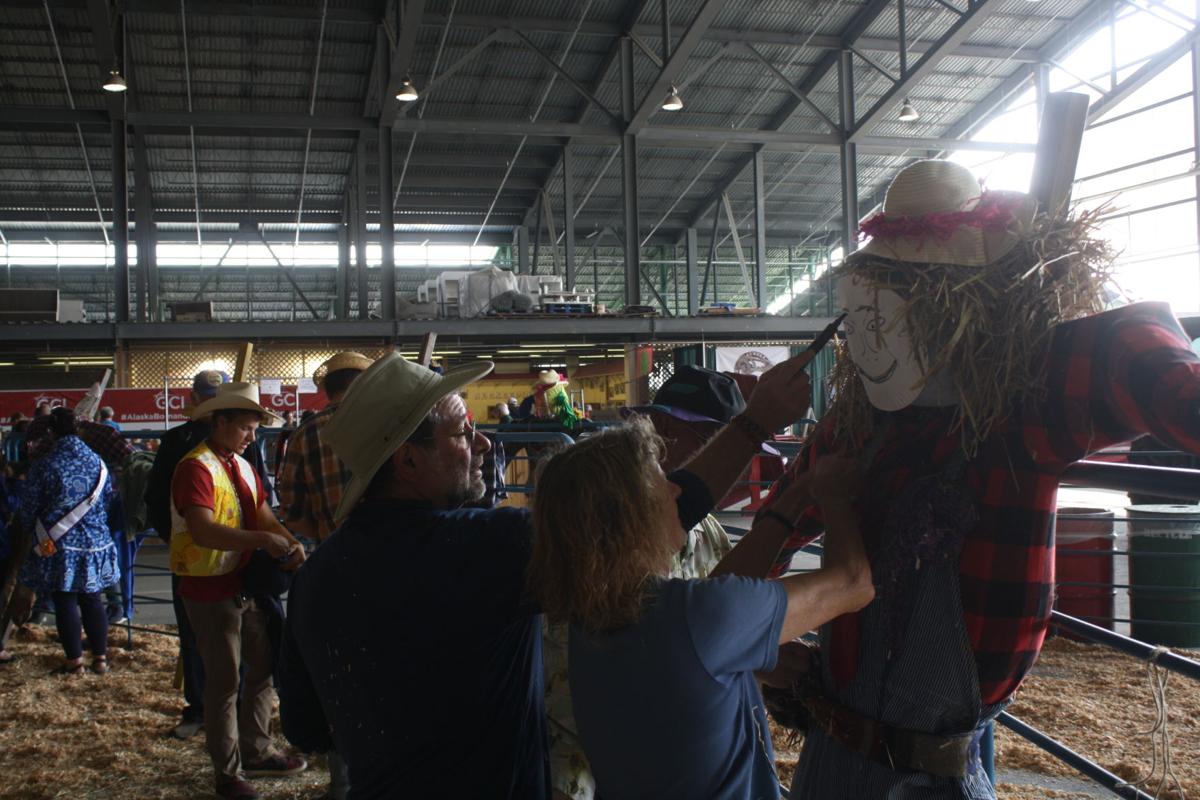 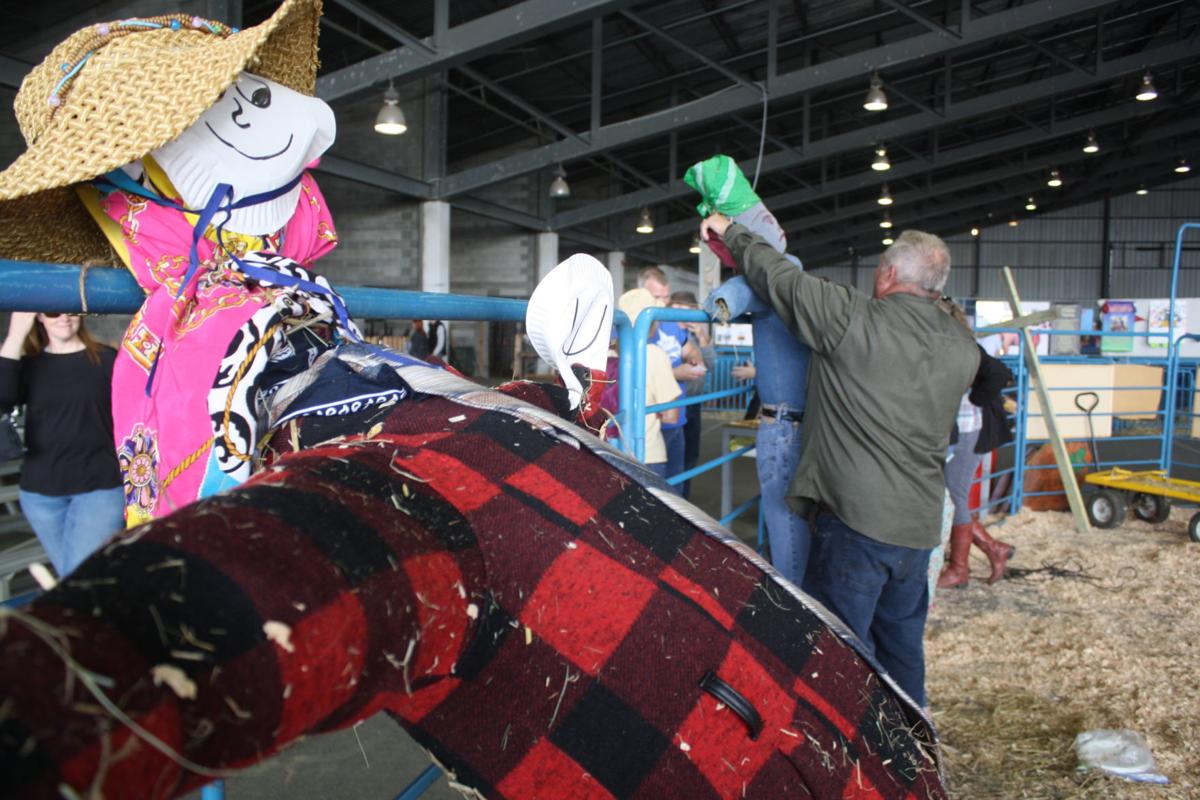 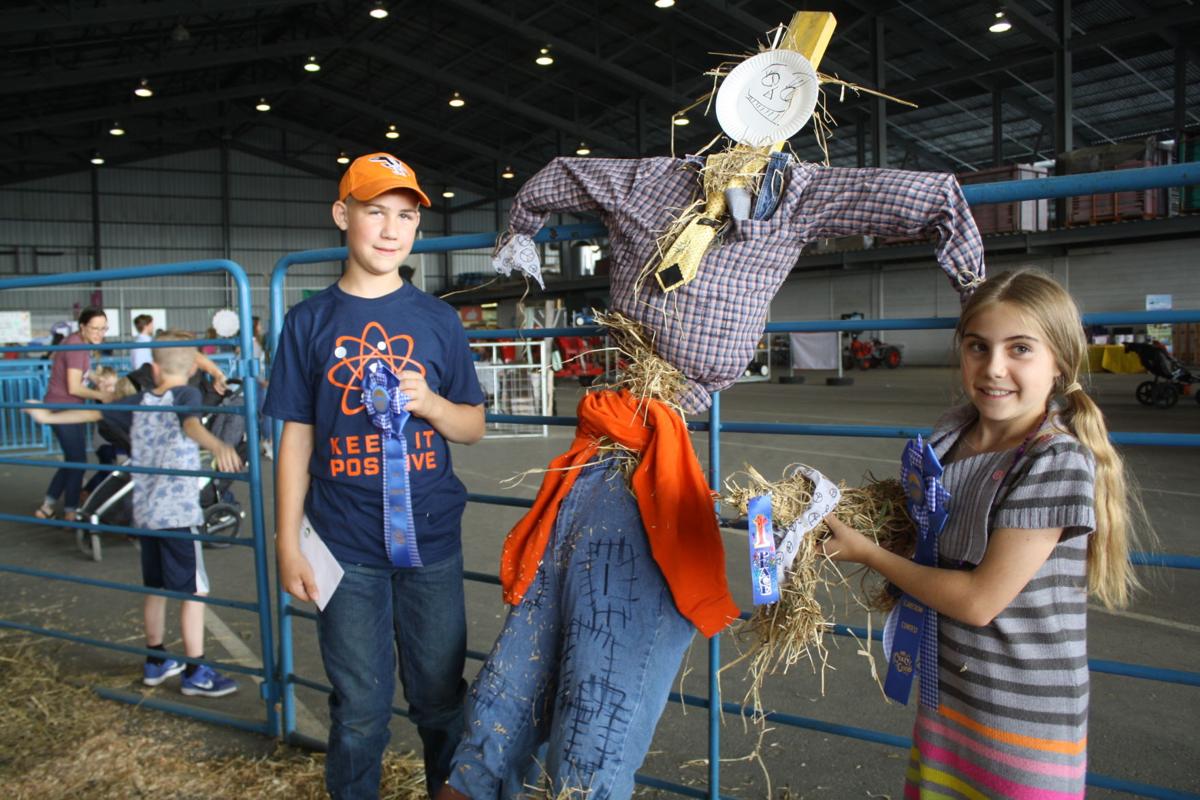 PALMER— Handmade scarecrows are like snowflakes. Each one is a unique work of art that can never be duplicated. The annual scarecrow contest at the Alaska State Fair is a tradition about as old as the fair itself and that tradition is going strong.

“I love it. It brings the family together. It’s a family project,” state fair event coordinator Sara Post said.

According to event emcee, Shane Mitchell, the contest captures the agricultural spirit of the fair and the reason for the season.

“It’s one of my favorite events every year because I like these events that tie us back to the roots of a state fair,” Mitchell said. “The state fair is that transitory time between summer and fall. The scarecrow is such a symbol of autumn it seems like it kind of just transitions us back to fall.”

The scarecrow contest drew in 10 different teams this year. Contestants of all ages showed off their creativity inside the Hoskins Exhibits barn on Aug. 26.

Contestants split into groups and busily sorted through clothes and accessories donated by Bishop’s Attic, stuffing their creations full of hay and breathing life onto ordinary wooden poles.

Most of them drew faces on a paper plate but one group found an Alaska Grown T-shirt and used the recognizable logo as a face.

Mitchell said that he’s emceed for the contest since 2003 and never ceases to be amazed by what people come up with. He’s seen everything from moose scarecrows to musical scarecrows holding instruments.

“It’s amazing how inventive people can be,” Mitchell said.

As contestants assembled their scarecrows, Mitchell quizzed the audience with scarecrow trivia, handing out prizes to correct answers. He covered all sorts of topics, ranging from some of the earliest examples of scarecrows in civilization to actual biological facts about crows.

“There’s been scarecrows in America since there’s been an America,” Mitchell said.

This year, three judges assessed the scarecrows based on overall creativity, following the fair’s theme ‘Crazy Good’ and overall durability.

The brother and sister duo, Jake and Lucy Warneke, won the contest this year with their pig farming scarecrow, complete with a little straw pig. The scarecrow was even holding a leash attached to the pig.

Jake is 12 years old and Lucy is 10. One of the event judges, Mary Janti, marveled at the fact it was just those two working on the scarecrow the whole time without any adult help. She said their streamlined teamwork without any squabbles was one of the main reasons they won, aside from meeting the main criteria.

“We saw them working together so well… We really were impressed,” Janti said.

Jake and Lucy’s older sister, Abigail, was also impressed by her kin’s finished product. She said their family participated in this event last year. It was just Jake and Lucy this time around.

“I think they did very well and they didn’t fight. I’m proud of them,” Abigail said.

These scarecrows had to be built to last because they get a second life after the contest. Each year, the contestant’s scarecrows are donated to the Museum of Alaska Transportation and Industry. Board member Dick Wilson said the museum uses the scarecrows to decorate the grounds for their annual Halloween event.

The museum’s Halloween event runs from 4 to 9 p.m. on Oct. 31. Local high school students will operate a “spook house” and scare attendees. Families will be able to warm up inside and play festive games and activities, according to Wilson.