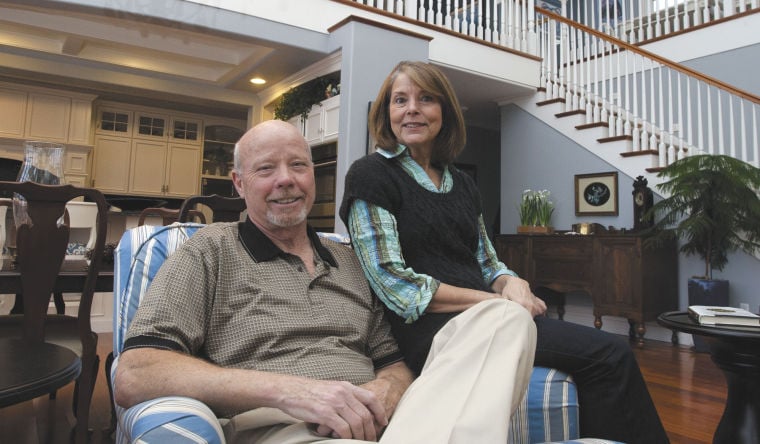 Author Rick Mystrom and his wife, Mary, inside their Valley home. Mystrom’s newly released book ‘My Wonderful Life with Diabetes: An Inspiring and Empowering Story of Living Healthy, Living Active, and Living Well with Diabetes’ tells how he has lived a healthy and active life with diabetes for 50 years. 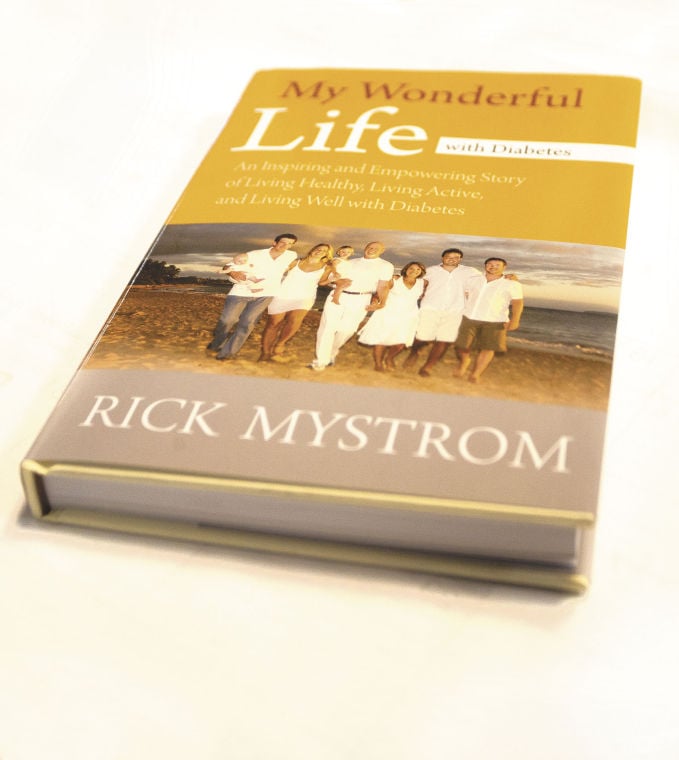 Valley author Rick Mystrom has been receiving good feedback on his new book.

Author Rick Mystrom and his wife, Mary, inside their Valley home. Mystrom’s newly released book ‘My Wonderful Life with Diabetes: An Inspiring and Empowering Story of Living Healthy, Living Active, and Living Well with Diabetes’ tells how he has lived a healthy and active life with diabetes for 50 years.

Valley author Rick Mystrom has been receiving good feedback on his new book.

WASILLA — Diabetes isn’t the whole story of Rick Mystrom’s life, but it would be impossible to tell his life’s story without including diabetes.

Released last month, his new memoir “My Wonderful Life with Diabetes: An Inspiring and Empowering Story of Living Healthy, Living Active, and Living Well with Diabetes” is as it sounds, the story of how Mystrom has lived with Type 1 diabetes for the past 50 years.

He was a 20-year-old college student when a doctor diagnosed him with insulin-dependent diabetes.

When the doctor gave him the news in 1964, some forms of insulin were available, “but no insulin pumps, no self-testing of blood sugar and no real understanding of why diabetics frequently lost their limbs, lost their eyesight, experienced kidney failure and died at a much earlier age than non-diabetics,” he said.

One doctor told him he should expect to have at least one of these health issues by the time he was 40, he said.

“I never expected to live long enough to have grandkids,” Mystrom wrote in the book. “In fact, a few doctors had told me as much.”

But nearly five decades later, the Finger Lake resident said he credits his good health and long life to one thing, above all others. More than eating right, exercise and being active, Mystrom said attitude is key.

How he has lived with diabetes is a common thread throughout the 315-page book, which he says is the first of two he plans to publish. A second book is set for release in February 2014 and will focus on testing he’s done with his own blood sugar levels and how they are impacted by specific foods.

“I’ve learned which foods contribute the most to weight gain and which foods don’t,” Mystrom said. “It’s not just fat that’s a problem, it’s fat mixed with starchy carbs.”

He said that’s because the body burns some foods quickly and others take more time to process and burn. Those slow burning fuels are better, Mystrom said.

For instance, butter on broccoli doesn’t spike his blood sugars. But he said he notices a difference in his levels when he eats the same amount of butter on toast.

“I’m so excited about this work because no one’s ever done it before,” Mystrom said of the data he collected over the last year and a half monitoring the foods he ate and how they impacted his blood sugar.

Shortly after he learned of his diagnosis, Mystrom made two promises to himself: He promised he’d never let diabetes keep him from doing anything he really wanted to do; and second, he promised to never complain about having diabetes.

“Diabetes hasn’t limited my activities, experiences, achievements or happiness in anyway and it doesn’t have to limit yours, your children’s or other loved ones,” Mystrom wrote. “Someone just diagnosed with Type 1 or Type 2 diabetes may feel overwhelmed, but with a good attitude toward it, vigilance and testing will become part of your normal, accepted everyday life.”

It was a professor who let class out late that led Mystrom to Alaska. Outside the classroom while he waited for his girlfriend to be dismissed, Mystrom saw a sign: “Surveyors wanted. Alaska.” After graduation he headed to Juneau to work for the Bureau of Public Roads.

Dr. Thomas S. Nighswander, the assistant clinical dean for the Alaska WWAMI program, wrote the forward to Mystrom’s book. He praises Mystrom for giving other diabetics tools they can use to help maintain a long, healthy life.

“Definitely read this book if you have diabetes and want to achieve excellent control that allows you to live a fun-filled, challenging life,” Nighswander wrote.

Mystrom said the book has been well-received, so far. He said hospitals are ordering cases of the books and his phone is blowing up with invitations to speak at diabetes events.

“It’s not a burden. It’s not a handicap. It’s just my life,” Mystrom wrote.