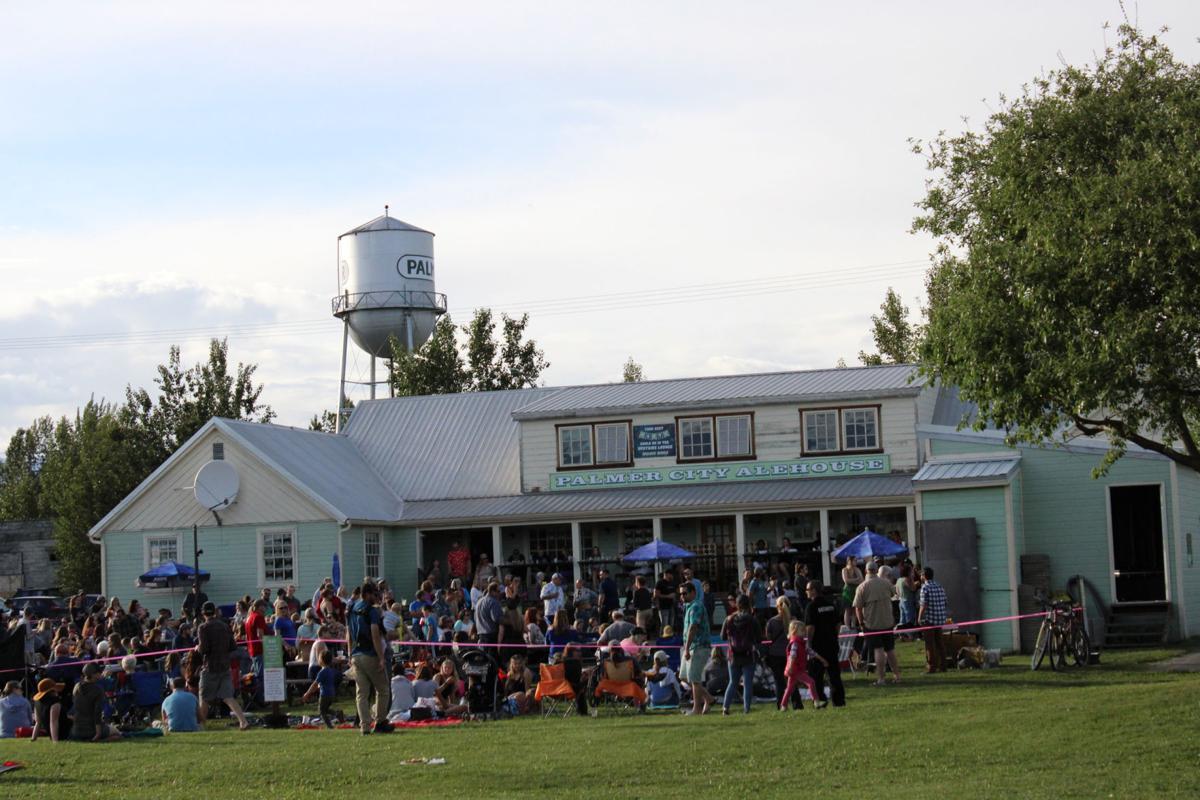 A crowd gathered outside Palmer Alehouse Friday for a Blackwater Railroad Company concert. 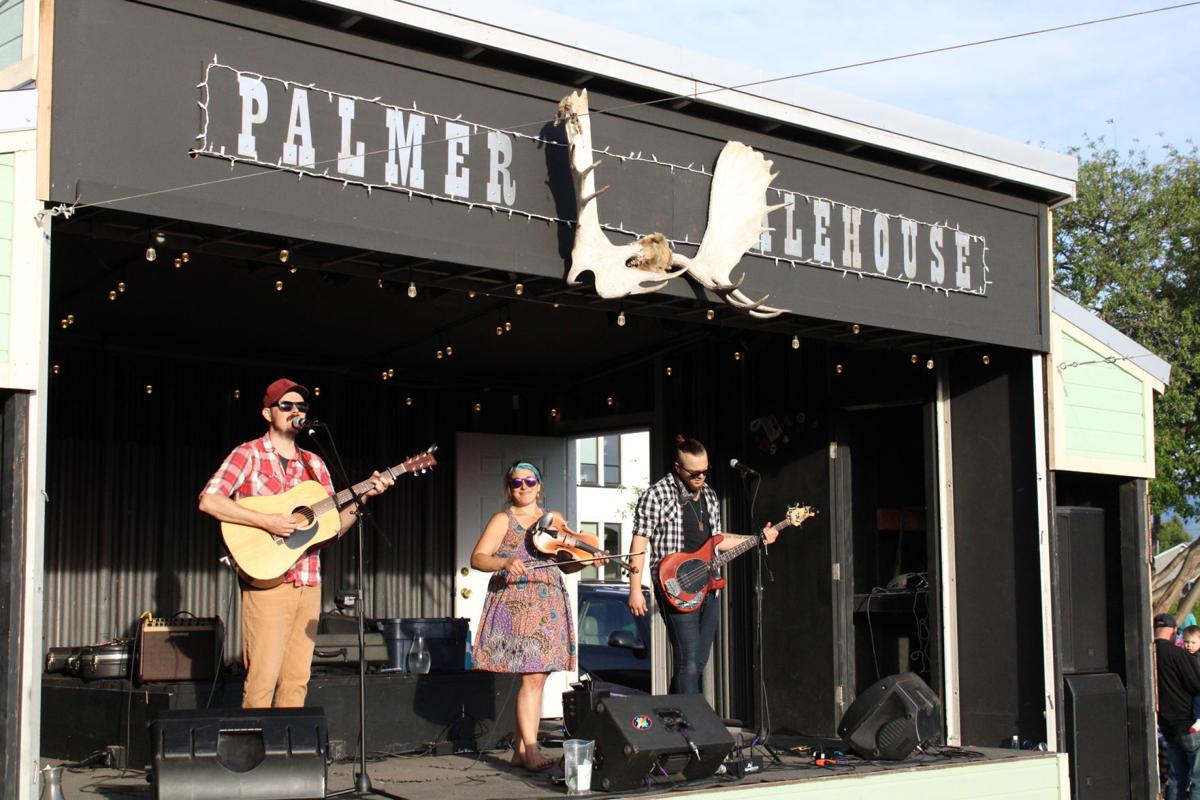 A crowd gathered outside Palmer Alehouse Friday for a Blackwater Railroad Company concert.

PALMER — Even though summer stalwarts in Palmer such as the Alaska State Fair and Colony Days have canceled festivities for 2020 amidst the coronavirus global pandemic, the Palmer Alehouse continues to host live concerts to allow hundreds of Valley residents to enjoy musicians throughout the summer. The summer concert series began in May and runs until the end of October. As the co-owner of the Alehouse for the last three years, Steve Dike says that the outdoor stage allows for adequate distance between people.

“Everybody just wants to be outside. Everybody’s ready to put this behind them and actually the number of infections and the cases in the Valley and Palmer are quite low so hopefully that’s going to continue,” said Dike.

Dike noted the large amount of people sitting in the grass past the ‘do not drink’ line who still enjoyed Friday night’s Blackwater Railroad Company concert without coming within six feet of anyone else. Running for five months beginning in the late spring and extending into the fall, the summer concert series at the Palmer Alehouse will provide live music every weekend until October, and have multiple shows on many weekends. Skeetawk Ski Area will host their yearly fundraiser on Thursday, June 18 featuring the Arctic Jungle Band, Nothin but Trouble and H3 for the fundraiser. The Alehouse will have music from 4:00 p.m. until 10:00 p.m. on July 4 with Marlowe and Eric playing the first set and Element 47 playing the second set. Dike’s favorite band Blackwater Railroad Company will return on Friday, July 10.

“We are looking to bring in more music. We’re probably going to have some surprise Thursday night flash concerts just for more music,” said Dike. “We’re probably going to double down on some of our Saturdays and just try to bring more music to the people. There are alot of artists out there that are really wanting to play and that don’t have venues to play and we’re trying to do everything we can to try to help these artists out.”

Last summer, Dike installed an outdoor fire place and extended the patio concrete, as well as introducing the outdoor kitchen that has become a hit. This summer, the patio was again extended and a railing was put up to separate the reserved tables on the patio from the free-for-all seating on the lawn. Cars parked along both sides of East Cottonwood Avenue to see Blackwater Railroad Company on Friday. Hundreds of people congregated on the lawn in front of the outdoor stage to hear the acoustic trio play original songs and covers under a sunny, cloudless evening. Under the backdrop of Matanuska Peak, people congregated to watch Blackwater Railroad Company at the Alehouse with a line of people waiting to order food at the outdoor kitchen fixated on the sounds of the guitarist Tyson Davis and fiddle player Nicole Campanale on stage. Another crowd of spectators separated themselves from the large gathering inside the ‘do not drink’ line and watched from the hill on the lawn next to the alehouse. Despite the disruption that COVID-19 has put into the typical Alaskan summer, Valley residents can still expect to find entertainment and atmosphere during the summer concert series at the Palmer Alehouse.

“Good weather, good beer, good selection of beer. We have a great staff and there’s no silver bullet,” said Dike. “We just keep doing the same thing we’ve been doing the last couple of years.”