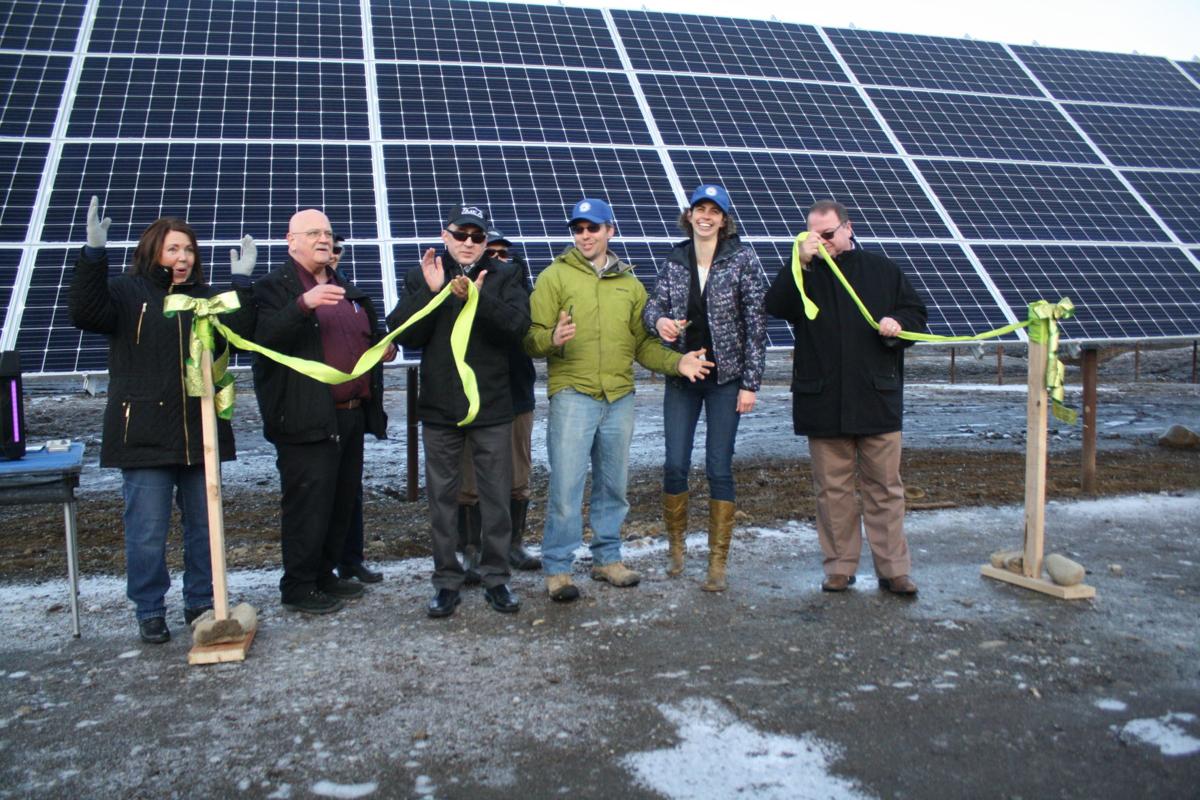 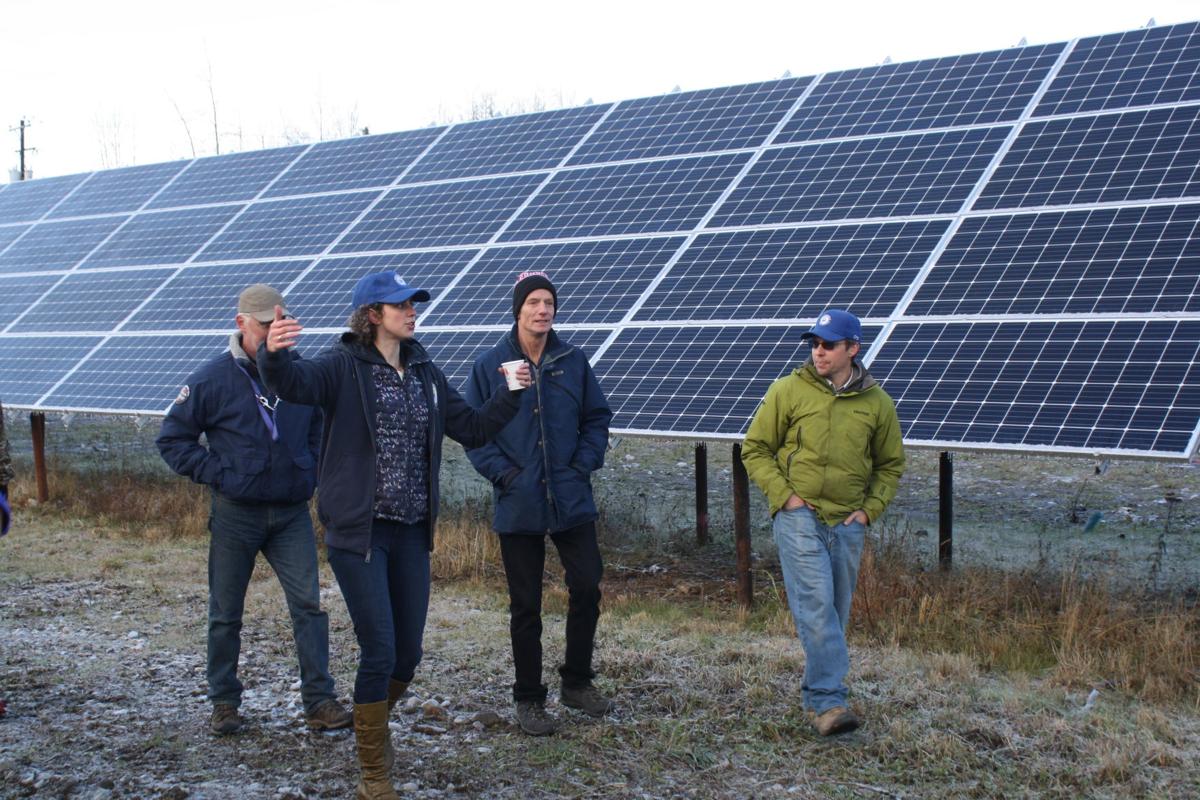 “This is like the best day,” Jenn Miller, Renewable IPP CEO, said.

The Willow Solar Farm started as Renewable IPP’s pilot project. Essentially, it was an experiment to test their solar skills, evaluate the costs involved and determine if they could maintain the solar farm with long term sustainability.

The 140-kilowatt pilot project was a success and Renewable IPP installed 408 solar panels on the Willow property in August of 2018 after working all summer.

The summer of 2019 was even busier. Renewable IPP hired over a dozen people to help expand the farm, jumping to 1.2 megawatts and a whopping total of 3,240 solar panels.

The result? The Willow Solar Farm will be able to produce enough energy for about 200 homes and offset 2 million pounds of CO2 from the atmosphere each year.

“This is nice to be on this side of it, a lot of work,” Chris Colbert, CFO of Renewable IPP LLC, said.

Community members gathered at the Willow Solar Farm to welcome the historic site, the product of countless hours of number crunching, heavy lifting and creative engineering.

“On a personal note, Chris and I are married. It’s a little known secret,” Miller said with a laugh. “But I would sincerely like to say it’s so great to share this lifetime achievement with you.”

She looked at Colbert affectionately then back towards the crowd, saying, “okay, we’re not gonna cry” and everyone laughed.

After the speaker presentations, guests followed Miller and Colbert around the site. They answered the guest’s various questions and fed them tons of facts about the project, solar energy and the future of renewable energy.

The Willow Solar Farm is located off Mile 64.7 on the Parks Highway in Willow. If you happen to be Mat-Su Borough Mayor Vern Halter, it’s practically right in your backyard.

“They’re my neighbors. I live right down the road, about two thirds of a mile… I remember the first time Jenn and her husband Chris drove into my lot, I don’t know two three years ago and they said, ‘we’re going to build a solar farm on this piece of property’ and I thought boy they’re nuts,” Halter said. “With hard work and dedication, look what happened.”

Halter has been able to check on the farm’s progress during his daily commute. He marveled at Renewable IPP’s innovating progress.

“I got to watch it every step of the way,” Halter said. “This group, to tell you the truth, they’re young, they’re vibrant, they’re hard workers. That’s what impressed me.”

Halter said that this solar farm shows that solar energy can be done in the Last Frontier and Renewable IPP’s pioneering project is proof that moving forward, Alaskans can reduce their carbon footprint while providing an alternative source of energy. He hopes the idea spreads.

“This is one the best things, not just for the borough but the whole state to see this come to fruition,” Halter said. “You just don’t think of like, Alaska for solar do you? The numbers are working. The numbers are paying off and so it’s a big deal. So, this one may lead to further development.”

The expansion cost about $1.5 million, according to Colbert. He said the pilot cost about $160,000 and Renewable IPP owns 100 percent of the pilot.

Alaska Energy Authority (AEA) funded half of the expansion project. Matanuska Electric Association (MEA) will purchase the energy produced at the solar farm which is scheduled to go online December.

The Willow site is out of room, according to Colbert. He said the next solar project could take place anywhere in Alaska. As to where that will be, only time will tell.

I laud the effort and project. Entrepreneurial efforts like that are the root-stock of a vibrant society.

However, I always wonder about statements like: The Willow Solar Farm will be able to produce enough energy for about 200 homes and offset 2 million pounds of CO2 from the atmosphere each year.

I wonder...does this number only take into consideration the 'production of power' and offset of the 'other fuel' that would be required to make that power? Or does it also take into consideration the carbon footprint of mining the materials, transportation of them to a production facility, turning the materials into the solar panels, transporting them to the installation, preparation of the site and installation of the panels, and the FULL cost of any and all of the supporting devices and such to enable them to work. Then there's the lifespan of them, and the disposal expenses.

I always wonder about those niggling little - sometimes overlooked, underestimated or dispensed with - details. When looking to 'prove something is worth it' sometimes it is convenient to shrug-off too much that is out of view.