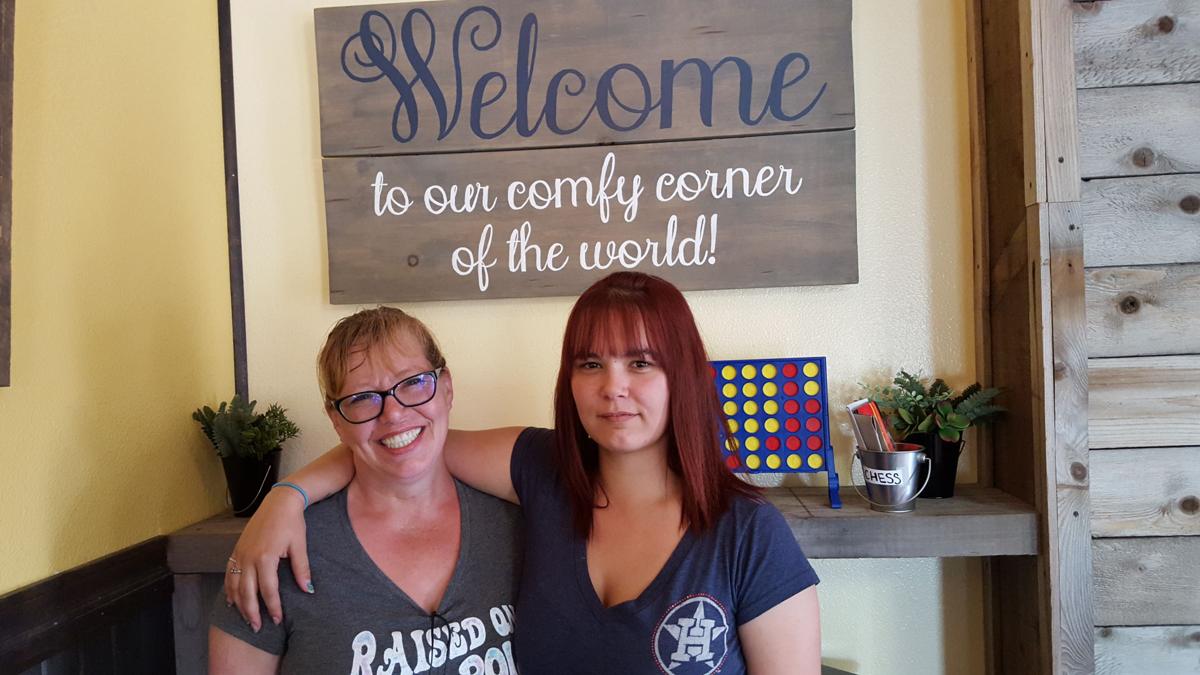 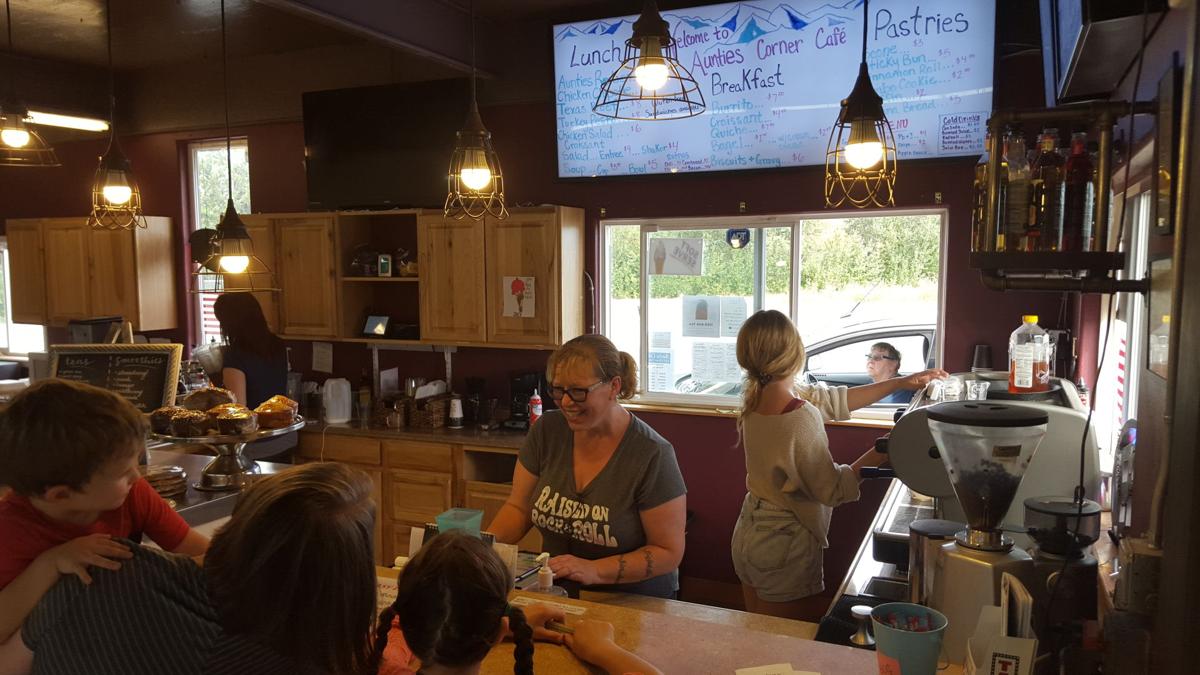 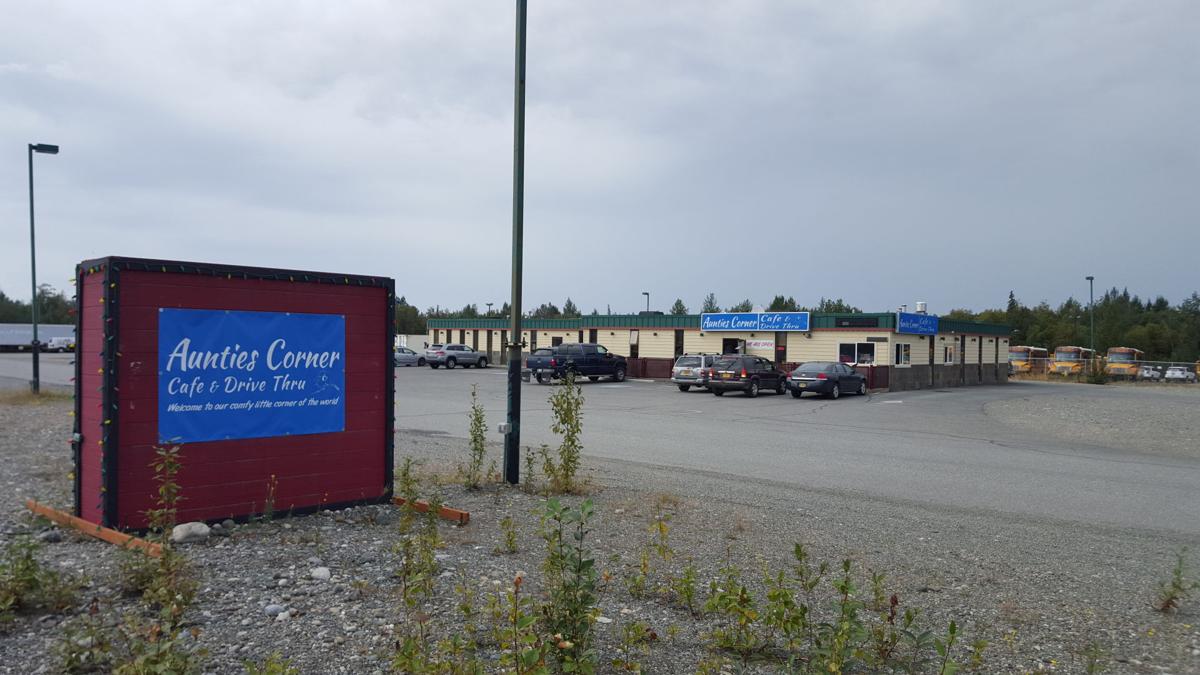 PALMER — Stacy Chapman and her daughter Gina Chapman run Aunties Corner Cafe off the Palmer-Wasilla Highway. This business dream was brewed with family at the heart.

“I have always wanted to have a place that I worked at with my family, my kids and a legacy to leave them,” Stacy said.

Stacy established Aunties Corner Cafe last November, taking the space left behind when Little Miller’s Cafe closed. The name has a sentimental origin along with a playful sense of identity.

Stacy is currently taking care of her 22-month-old nephew as a foster parent. Gina said that her mother is really taken with the boy and it’s plain to see.

“They bonded so strongly,” Gina said.

So the name “Auntie” has taken an extra special meaning and using it as a cafe name just made sense, according to Stacy. She said that she’s been called “everybody’s aunt” due to her doting, food-pushing nature.

The cafe, of course, offers multitudes of coffee and espresso beverages. There’s several food options that are prepared the day of including breakfast burritos, gourmet sandwiches, numerous baked goods like cookies and cinnamon rolls, ice cream, and soups.

Customers can even choose to have custom sandwiches made with whatever ingredients they want.

There are three other staff members who work alongside the mother/daughter duo. One staff member hand makes nearly all the baked goods in the store. Gina said their all-female staff has a great work ethic overall.

“We get compliments from regulars about every single one of them,” Gina said. “Almost everyone enjoys the fact that the baker makes so much in house.”

Everyone works together to come up with soft serve ice cream flavors/names. They change flavors each month, after testing combinations like “Hawaiian Chocolate Cake” or “Blueberry Cheesecake.”

The month they opened was also the same month as the infamous 7.1 earthquake that shook south central Alaska. Gina said they named a milkshake afterwards to lighten the mood.

“We just wanted to give people a reason to smile after the earthquake,” Gina said.

Stacy said that, so far, business has been a little slow as they’re still trying to get their name out there. She anticipates a spike in customers once her neighboring bus barn starts up again with the coming school year.

“When the bus drivers come back, we have a lot of them,” Stacy said.

This is Stacy’s second business, following a brief coffee stand venture that didn’t work out as planned. She said she learned everything she was “not supposed to do” at that stand and walked away with many lessons.

She said that she’s carried over those lessons and continuously experiments with fresh ideas with Gina to keep the positive momentum going.

“Besides making a successful business, we want to be more involved in community,” Stacy said. “I want to have some events here.”

Stacy said that she would like to see her cafe turn into a gathering place with numerous events going on throughout the year. They used to have monthly open mic nights and plan to boot those back up again.

Back in May, they worked with the Heartreach Center. They featured several pictures of teen orphans on their cafe walls, signaling to people they were ready to be adopted. Stacy said that she would like to do more events like that in the future.

Gina worked under her mother at the last coffee stand. This is the first time the two have run a business together. Gina said that she is excited to try out her ideas in October when Stacy goes on a cruise.

Stacy said that Gina has plenty of good ideas and she’s eager to see how she does while she’s gone. She said they occasionally butt heads but always come to some sort of compromise, like all families do. She said that she really enjoys having her around in the workplace.

Overall, the two have the same main goal for the cafe: create a comfortable and welcoming atmosphere. Their company motto is mounted on the wall and states: “Welcome to our comfy corner of the world.”