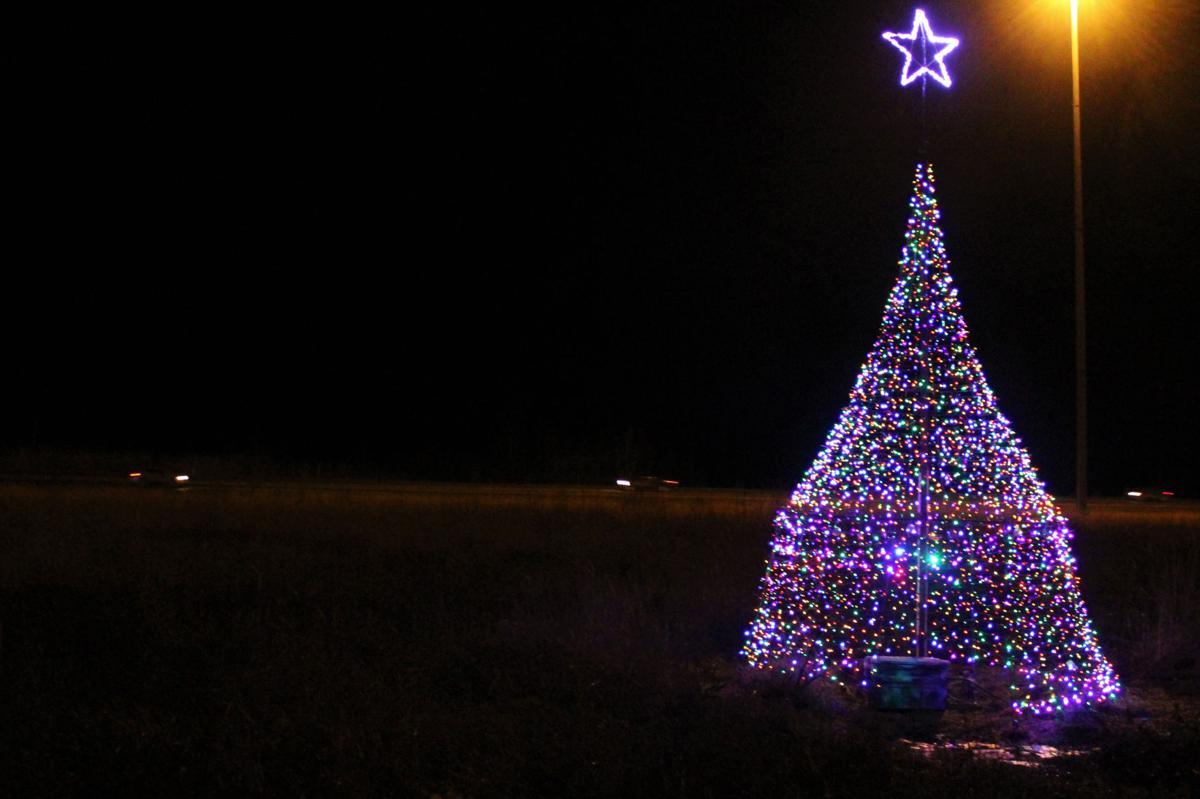 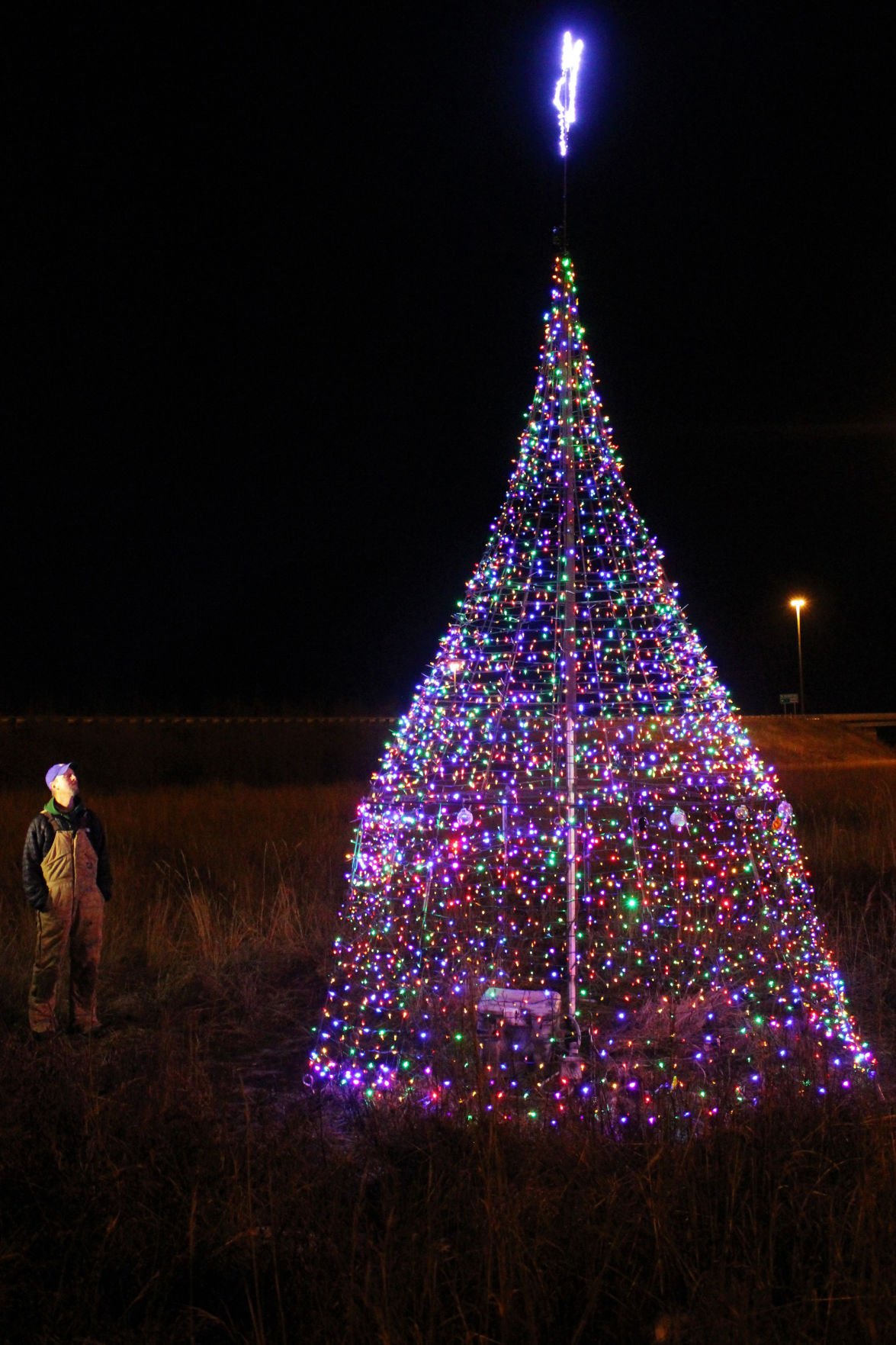 Jason Tolstrup looks up at the finished project, a metal Christmas tree that now sits alongside the Glenn Highway.

Jason Tolstrup looks up at the finished project, a metal Christmas tree that now sits alongside the Glenn Highway.

PALMER — The lighted tree in between the Glenn Highway’s southbound lanes and the exit to the Old Glenn Highway has been a holiday tradition in the Valley for more than a dozen years. This year, the traditional live spruce has been replaced with a metal tree that was lit for the first time after Jason Tolstrup and his fiancee Kaye Mack had finished their Thanksgiving dinner.

For the rest of the winter, the 675 feet of multi-colored Christmas lights hanging on a rebar tree that has been anchored to the ground will stay lit for the thousands of Valley residents that commute to and from Anchorage. Tolstrup took over the tree task around 2009, but has been helping with the lighted tree longer than that. Never a grinch, Tolstrup and Mack had Christmas music playing in their vehicle as they lit the tree for the first time on Thanksgiving night. Mack created a group on Facebook to centralize feedback from the Glenn Highway Christmas tree fans. While Tolstrup and Kaye have evolved the ability to receive feedback electronically, Tolstrup prefers the more audible, direct means of approval.

“The honks,” Tolstrup said with a laugh.

As soon as Tolstrup powered the tree on Thursday night, a chorus of car horn honks echoed out from passing motorists.

“And the smiles when people come out and give Christmas cards and hang them in Ziploc bags out here,” Tolstrup said.

The spruce that had held the 100-foot strings of lights had been damaged standing alone in the marsh between the highway and the exit ramp, and Tolstrup cut the living tree down this fall. However, the memory of the living tree lives on in the form of hand-made ornaments from the wood of the dead tree that Tolstrup made to hang on the new metal frame.

A pair of metal pipes stretches up from the stump of the old living tree nearly 20 feet into the air. The bottom of the metal frame is anchored to the marshy ground below.

The frame is made of welded five-bar reinforcing steel bent into a circle with smaller sections of three-bar rebar reaching up through the rings. While Tolstrup’s tree design had featured 100-foot strings in the past, with this year’s metal frame Tosltrup opted for a total of 27 sections of 25-foot light strings.

Ornaments first began appearing on the tree a few years ago, and Tolstrup is happy with the evolution of the tree’s traditions. The tree is powered with a setup of six volt golf cart batteries.

Tolstrup hopes that the zip ties fastening the lights to the rebar will keep the strings from falling off and tangling as they have in the past. Last year, Tolstrup had to restring the tree in mid-December due to high winds pulling the lights off the branches.

Though not a commuter himself, Tolstrup sees the impact that the tree has on the community that commutes more than any other in the state.

Tolstrup has been happy to arrange tributes to those who want to place ornaments on the tree and saves all of the Christmas cards that are hung with care, including an entire elementary school class worth of cards a few years back. Eventually, Tolstrup would like to return the lights to a living spruce tree in the marsh between the highway and exit, but for now he is happy to hear the honks.

“There’s a lot of comments about how much it really means to people,” Tolstrup said. “I’ll do anything I can to make it special.”