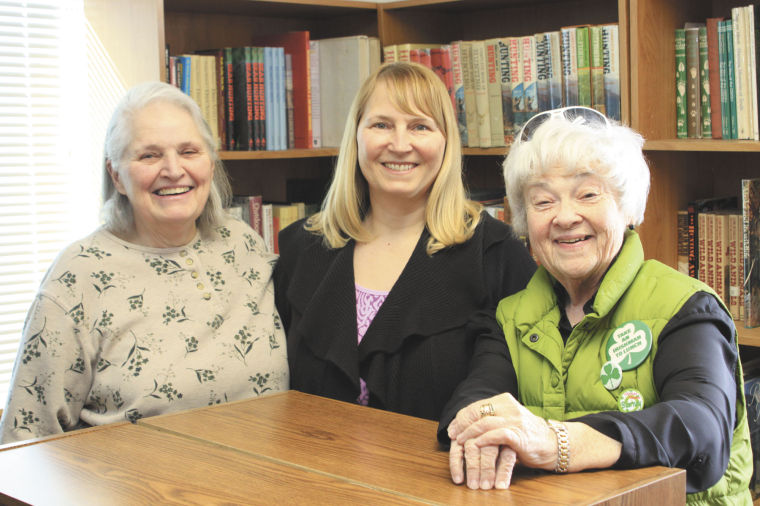 Lorraine M. Kirker, Cheryl Homme and Lynette A. Lehn pose for a photo together in Alaskana Books. The collection has been sold to a new owner and the three friends will be on hand Fridays through Sundays through March 30 to say their farewells to their many friends and longtime customers. 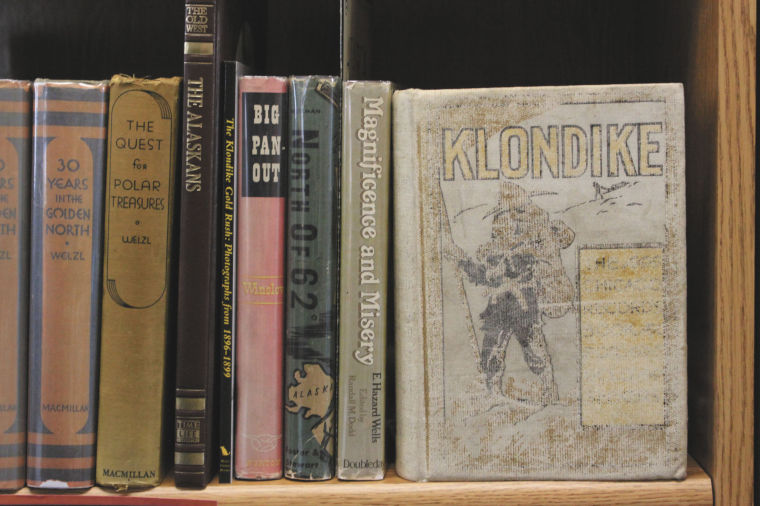 These volumes and the rest of the more than 20,000 pieces in the collection have been sold to a private collector in Anchorage. 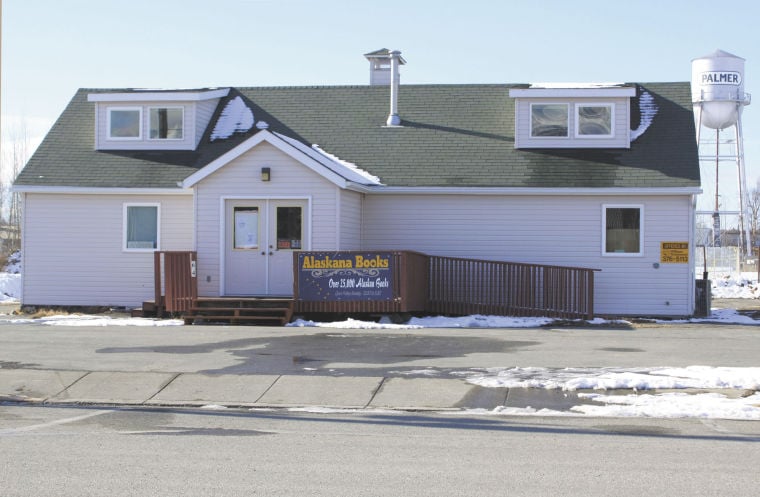 This 1935 Colony building on Denali Street in Palmer has been home to Alaskana Books since December 2000. The collection was sold this month to a private collector in Anchorage.

Lorraine M. Kirker, Cheryl Homme and Lynette A. Lehn pose for a photo together in Alaskana Books. The collection has been sold to a new owner and the three friends will be on hand Fridays through Sundays through March 30 to say their farewells to their many friends and longtime customers.

These volumes and the rest of the more than 20,000 pieces in the collection have been sold to a private collector in Anchorage.

This 1935 Colony building on Denali Street in Palmer has been home to Alaskana Books since December 2000. The collection was sold this month to a private collector in Anchorage.

PALMER — What is thought to be the largest private collection of books about Alaska has been sold to an Anchorage collector.

The collection, first owned by Eugene Short, has been housed in an old  hatchery building from the 1935 Matanuska Colony Project on Denali Street in Palmer since December 2000. For 26 years before that, Short sold books from his collection at a bright green house on Arctic Avenue in Anchorage.

But earlier this month an Anchorage man purchased the 20,000-volume collection from its second owner, Lorraine M. Kirker. And in a week or so, movers will begin packing up the boxes and boxes of books and deliver them into the hands of their new caretaker.

Alaskana Books was open Fridays through Sundays in a small house in the shadow of the Palmer water tower for the past 14 years.

Lynette A. Lehn, Cheryl Homme and Kirker will be at the shop from noon to 5:30 p.m., through March 30. But the inventory has all been sold, Kirker said.

What remains at Alaskana Books are the three friends who’ve spent countless happy hours in the shop helping customers track down bits of history contained somewhere in the shop’s generous trove.

She said she took out a loan to purchase the collection from Short after she and her husband sold the family home in King Cove, where they taught school for 20 years. Kirker said she made the final payment on that loan in December 2013.

That’s about the time the building owner told her she’d need to find a new location for the collection, said Kirker, who recently turned 70. But the thought of relocating the collection to a new home was just too much, she said.

“This is saving this collection really,” she said.

Kirker declined to name the buyer, but said she understands he plans to make the collection available for research only.

“I’m retiring, so I can read a whole book,” Kirker joked when asked about her plans. “I’m just going to stay home and read for a while.”

She said she’s read the first few pages of countless books, only to have a customer wander in, see what she is reading and buy the book before she has a chance to finish it.

Kirker said she may do a bit of writing, too.

When she first began opening the boxes she’d purchased from Short, she said she thought the books inside were the treasure. But over the years, she said her opinion changed; the customers are the real treasures.

“The people of Palmer are absolutely wonderful,” Kirker said. “We couldn’t ask for a better town. It’s been a lot of fun.”

Massive online retailers have made it hard for specialty booksellers like Kirker to survive, she said. For example, she said a book she has priced for $40 is available on Amazon for $5 and includes free shipping.

Homme has handled the shop’s online sales for the past 12 years. And for much of that time, online sales have been its lifeblood. In that time, she said she thinks she has shipped Alaska books to nearly every country on Earth.

“This has for me been a dream job,” she said. “We’re all kind of looking forward to the third act.”

Like so many others, Lehn fell in love with the books and the customers who came to buy books and share their own Alaska stories. After retiring from a teaching career, she said she moved to Alaska from Chicago in 2005 and has worked at the shop since.

She and Kirker have worked and laughed together since they were 18-year-old girls studying for their education degrees at university, Lehn said.

“There is a lot of history here,” she said. “A lot of old timers who come in for a cup of coffee and to share their stories.”

The collection housed at Alaskana Books was divided into topics, such as the Russian era in Alaska, the Gold Rush, the Valdez oil spill, the 1964 earthquake, aviation, whaling, the Alaska Railroad and so much more. That the collection was thoughtfully and carefully ordered helped people looking for books about specific eras or regions in Alaska. Of all of these offerings, Kirker says biographies are her favorite.

“It’s the story of Alaskans,” she said.

Over the years, Kirker has heard more than her fair share of Alaska stories told first-hand by Alaskans who survived to tell the tales.

“Every guy who went over the Chilkoot Pass wrote a book about it,” she says, gesturing to a shelf bulging with biographies. “You’ve got bear stories that scare me just reading them.”

Customers Joy and Alan Adrian said they loved the store for its unique collection of Alaska books and the storytelling that drew folks in both as listeners and as storytellers.

“They were such good listeners they could fill in the holes in history nobody knew about,” Alan Adrian said.

Kirker has a standing order at the Carrs store in Palmer the next two weeks to pick up a cake each Friday to help with their long list of goodbyes.

They’ve made lots of dear friends, like the couple who got engaged at the shop and the man who they helped to earn his GED. He still stops in, though now he arrives with his 9-month-old daughter. There were gardeners, too, who shared their freshly grown handiwork with the women there. Many customers stopped in just to visit the shop’s dog, Dunno, or to bring him a treat.