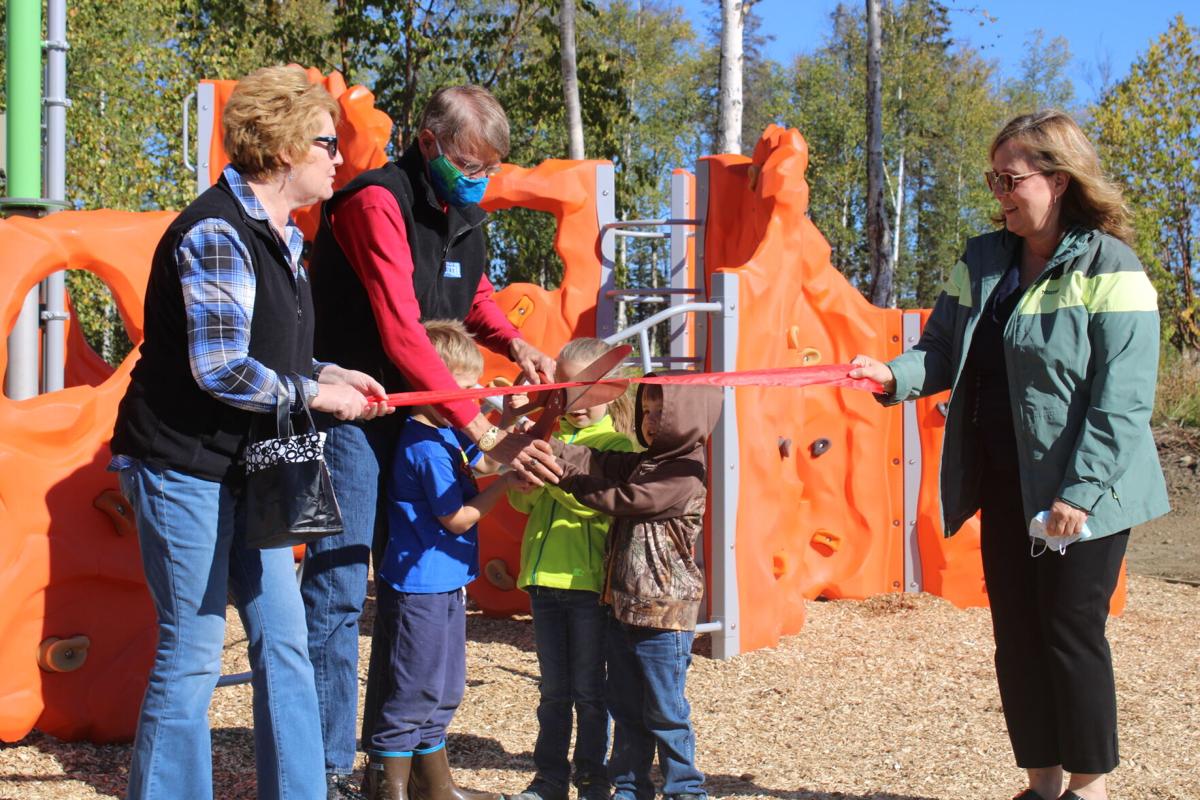 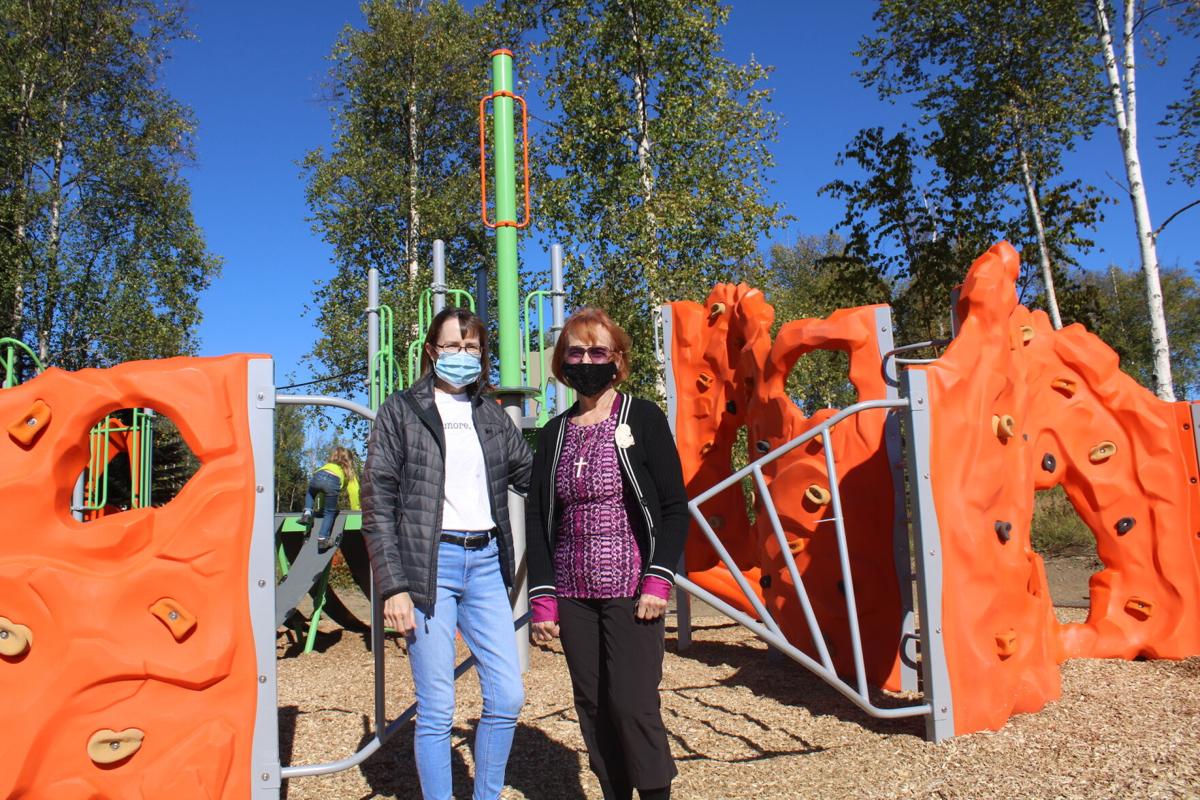 Carole and Linda Menard stand in front of the new playground at the Curtis D. Menard Sports Center. 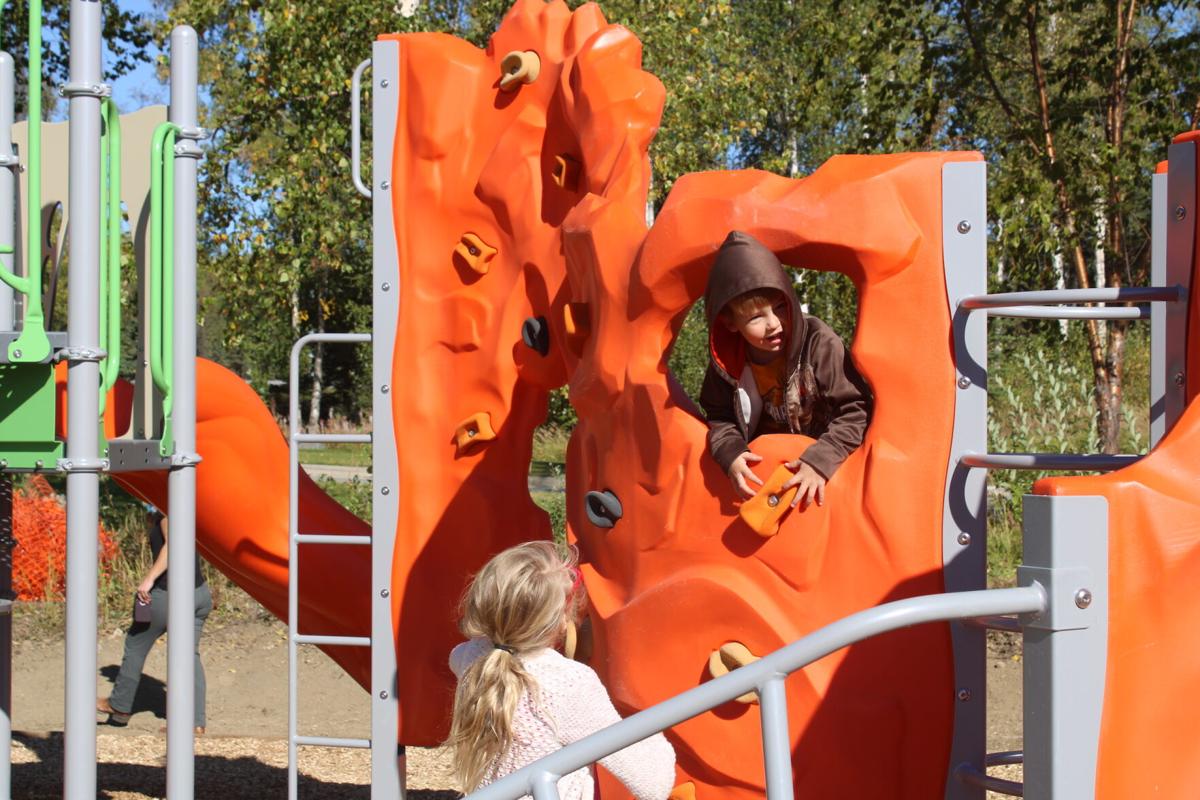 Theodore Cottle and Madalyn Harvey play on the new equipment, giving it the kid seal of approval.

Carole and Linda Menard stand in front of the new playground at the Curtis D. Menard Sports Center.

Theodore Cottle and Madalyn Harvey play on the new equipment, giving it the kid seal of approval.

“You can come out here have a picnic, walk the trails and play on the playground. It’s kind of neat,” Cottle said.

Cottle said that it’s always good to add another playground to the Wasilla area, and this particular location helps spread out overall access, particularly for neighboring outskirt communities like Meadow Lakes and Knik-Goose Bay.

The new playground is located near the public trail access at the edge of the Menard Center parking lot, joined by a public restroom and picnic tables.

Cottle said that they’re planning to add a pavilion near the playground, adding to the overall range of options available to local families recreating in and out of the Menard Center.

The playground cost $75,000 plus labor, according to Cottle. He said it was built for all ages and their public works department is putting in a fence very soon.

He noted that they will eventually add another pavilion near the rodeo area to the left of the center’s main entrance. He said that’s where the Wasilla Farmers Market is moving to next year.

“I’m running out of space downtown, but that’s a good thing,” Cottle said.

Carole Menard and Linda Menard were both in attendance during the ribbon cutting ceremony. Both surviving wives’ husbands’ namesakes and legacies were tied into the sports center.

“It’s historical, and the Menards have had a wonderful influence in the growth [of the Mat-Su Valley]... It’s a longstanding legacy,” City of Wasilla Recreation Services Director Joan Klapperich said.

James Harvey, a city councilman, said the addition of the playground falls in line with the Menard Center’s mission to promote good health and physical activity.

“I think the more parks the better, and it’s great to have one at this side of town,” Harvey said. “It’s nice to have something additional outside encouraging kids to get moving.”

“Kids are kids... they just want a fun place to play,” Harvey said.