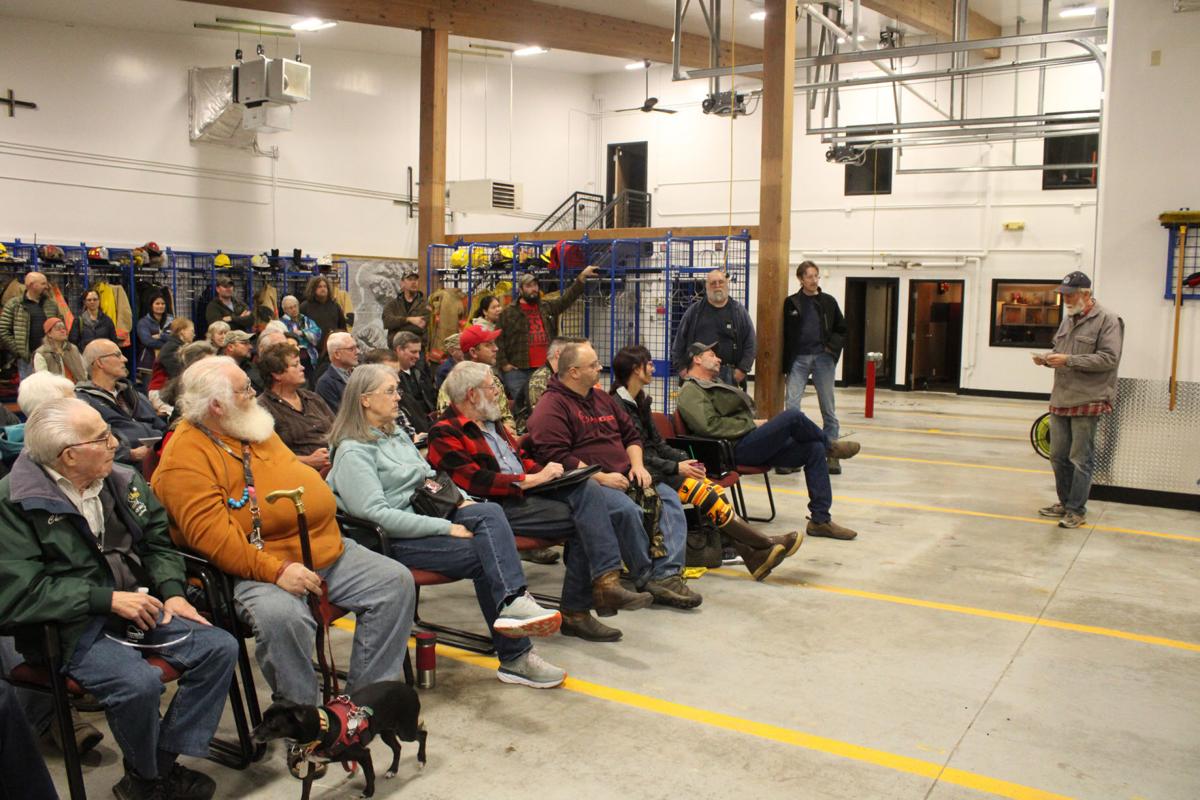 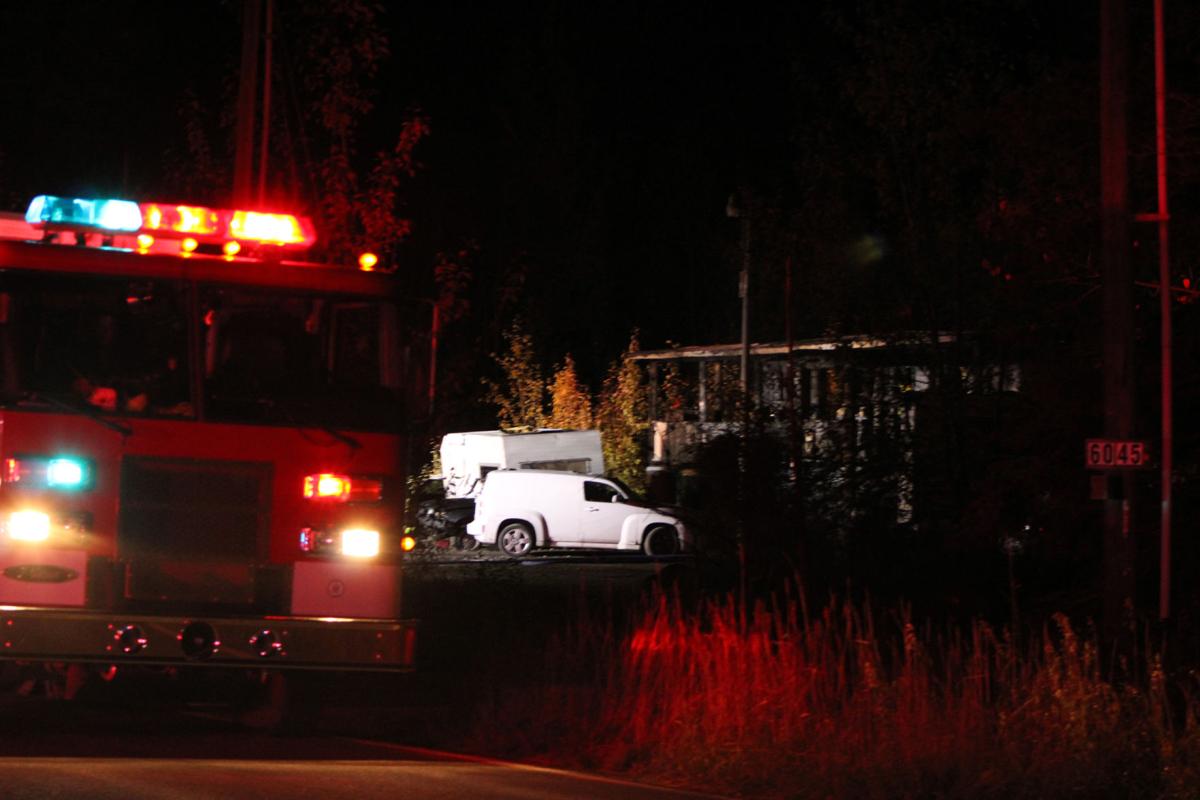 Valley fire departments responded to a fire Sept. 28 at a notorious Bodenberg Loop property know as ‘the compound.’

Valley fire departments responded to a fire Sept. 28 at a notorious Bodenberg Loop property know as ‘the compound.’

BUTTE — The Butte Community Council passed a resolution at its Wednesday meeting at the Butte Fire Hall, and it wasn’t even close.

With a packed hall of concerned members of the community, all 56 people present raised their hands in support of action to improve safety. On Sept. 28, a structure fire broke out at a problem property on South Bodenburg Loop that has been a persistent location for squatters and nefarious activity. Sen. Shelley Hughes attended the September 11 meeting of the Butte Community Council and suggested they draft a resolution detailing their concerns in an effort to bring together the Alaska State Troopers and Mat-Su Borough to help fix the problem.

“Lets get them all in a room and let’s work together and lets see if we can collaborate and find some solutions,” Hughes said. “When neighbors who live in a wonderful area are talking about moving and it’s not a safe place for the children to go out in their yards, it’s time to take action.”

The problem property known simply as ‘the compound’ has resulted in not only policy changes for emergency responders, but for Butte Elementary. During the meeting, Butte administration gave a report on safety measures that have changed recently at the elementary school. The front gate to the school has remained locked since an incident last spring in which troopers responded to an individual passed out inside his vehicle in the Butte Elementary School parking lot. The Mat-Su Borough School District also allowed a bus stop to be moved away from the compound. Concerned residents discussed the problems they’ve had with the people on the property over the years. The property owners themselves are unable to be located and want nothing to do with it, but it takes seven years to get the deed to a property, and Butte residents don’t want to wait four more years to work on fixing the problem.

Suggestions from the crowd ranged from personal protection to bulldozing the entire area. Some neighbors believe that hazardous waste was dumped in the gravel pit, and others suggested that the junk cars left on the property be pushed to the side to prevent new vehicles from driving onto the property. One resident suggested a trench be built around the property to prevent vehicles from entering. The Butte Fire Department has changed how it responds to frequent calls to the property. Butte FD will only respond with AST assistance, due to personal safety concerns from volatile individuals living on the property illegally.

Hughes suggested that the Butte Community Council draft the resolution to help bring the different agencies together to find a solution to the issue. The hope is that Hughes can coordinate a meeting between concerned members of the community, law enforcement, and code compliance officers to determine how to rid the property of it’s problems. Many times throughout the night, the Williwaw community outside of Wasilla was used as an example of how neighbors can get together to fight against health and public safety concerns in their own neighborhood.

Ginger Sweeney has lived near the compound for decades, and has been dealing with issues from squatters on the property nearly as long.

“What I don’t want to see us do is get in and help in the short term and then we don’t have a long term objective that’s going to facilitate the same problem in a few months,” Sweeney said.