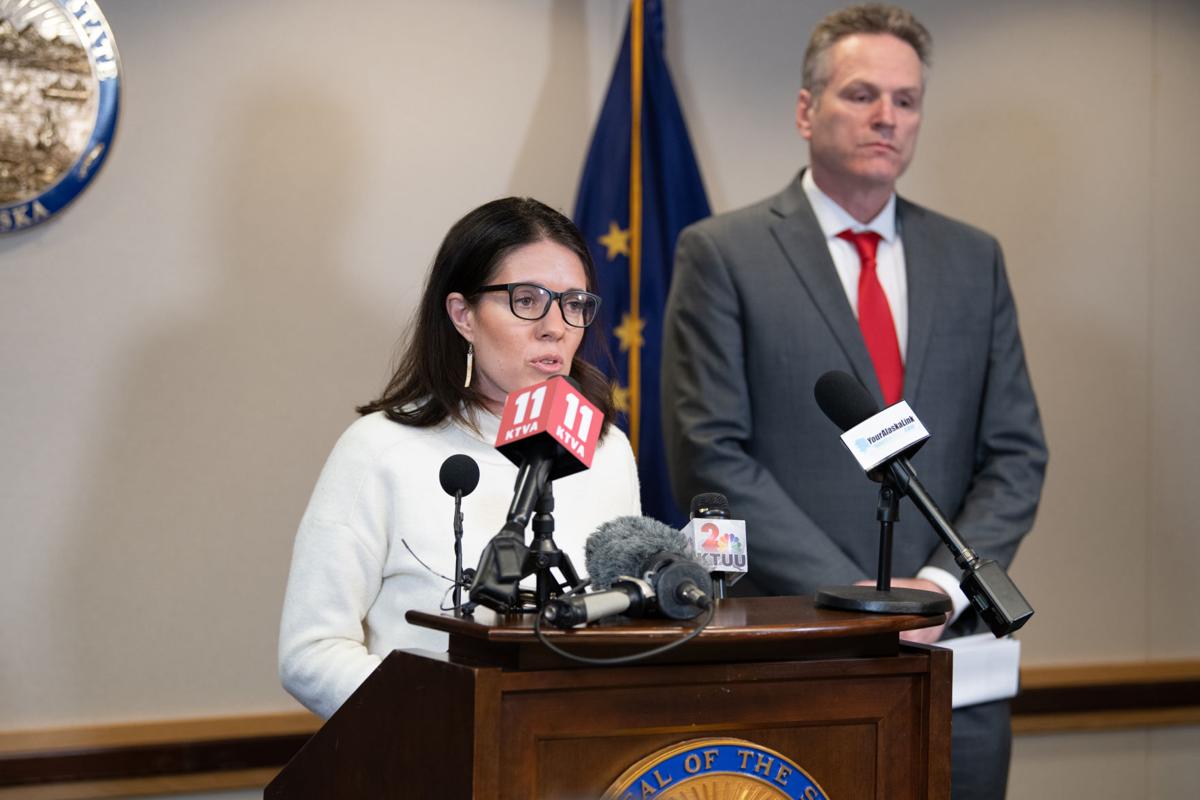 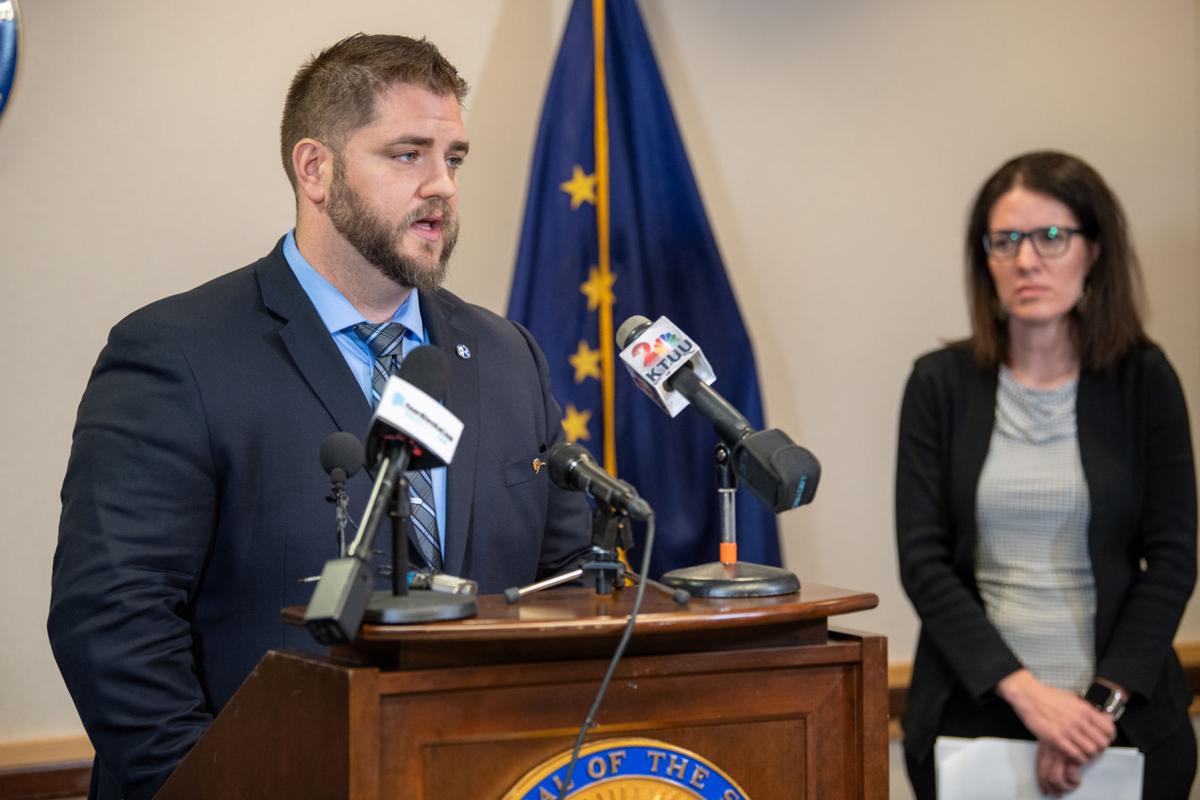 Adam Crum spoke about the threat of conronavirus during a press conference Wednesday, March 11, 2020.

We have lifted the paywall on this story. To support essential reporting, please consider becoming a subscriber.
1 of 2

Adam Crum spoke about the threat of conronavirus during a press conference Wednesday, March 11, 2020.

ANCHORAGE — Gov. Dunleavy and Chief Medical Officer Anne Zink announced at a 5 p.m. press conference in Anchorage on Monday that Alaska still had only one positive test for coronavirus of the 250 taken. Just before 8 p.m., Zink called into a press conference at Fairbanks Memorial Hospital where officials announced that two more positive test results had been returned.

“They had both been in the Lower 48 in places that we saw sustained ongoing community to community transmission and had returned to Alaska within that time,” said Zink. “Our next stage of trying to minimize the impact on our communities is not only to identify them but all the contacts that will be an ongoing process throughout the evening.”

The two positive tests for older men in Fairbanks brings the total number of cases in Alaska at three. Zink said that due to recent travel, the two men to tested positive after visiting FMH on Sunday night are being considered travel related cases.

Zink is also suggesting that patients with non emergency surgeries cancel their procedures in the near future. Zink was unable to answer a question about how many ventilators, intensive care unit beds and test the state had the capability to provide. Zink said that the number of those supplies changes and supply lines are being examined to bring supplies into Alaska and distribute them to rural communities if needed.

“That testing capacity is critical and we’re trying to build up that testing capacity quickly within the United States as around the world. We also want to make sure it’s accurate,” said Zink. “If we felt like we could handle a surge of this all at once we would definitely have life go on as normal, but we’re concerned about our health care capacity and all three of those things are important parts of our health care capacity.”

Dunleavy began the press conference in Anchorage by announcing that he had signed legislation to provide $4 million in funding to the Department of Health and Social Services for response and preparedness to COVID 19. DHSS Commissioner Adam Crum announced that division of health care licensure activity has been suspended along with regular health care facility site surveys.

“The state of Alaska is working tirelessly on an appropriate response to Federal flexibilities as well as the needs of our providers,” said Crum. “All Alaskans should know we are doing everything we can in our power to ensure our health care system is robust in this time of need.”

“As this virus, as this pandemic evolves, if we need more funding we will have that funding and we will also work with our legislature if we need additional funding on top of what was just passed and signed here recently,” said Dunleavy. “This is the time for Alaskans to pull together. There’s no reason to panic. We understand this virus enough to understand what it can do. We do believe it will be coming to Alaska. We do believe it will have more individuals in Alaska impacted and affected, certainly going to impact the way we do things in Alaska we’re going to have to change our lifestyles a bit.”

Dunleavy’s second health mandate announced the closure of libraries, archives and museums across the state from March 17 to March 31. Students housed remotely at boarding schools will also return to their home communities by March 27. While Dunleavy has been reticent to discuss the economic impacts of COVID 19 while Anchorage shut down bars and breweries on Monday, he did say that he would introduce his plan later this week.

Zink used her time to discuss containment and mitigation and how the state can stand up opportunities for testing, reduce contact and help mitigate the outbreak of COVID 19 as communities. Zink mentioned that travel restrictions would likely only come to fruition if community to community transmission were identified in Alaska, but all three cases are attributed to travel Outside.

“I think it’s important that we don’t treat this virus with fear but instead we treat it with community,” said Zink. “I think the more that we can own this ourselves as individuals and be responsible about those changes the less that mandates end up coming into play, so the more we’re able to kind of restrict our own movement the better off we’re all going to be at this time.”

Symptoms of Coronavirus are similar to flu or colds and may include:

The best ways to prevent many illnesses that spread from person-to-person, including coronaviruses, are to:

• Wash your hands often with soap and water.

• Stay home when you are sick.

• Cover your cough or sneeze with a tissue or your elbow.