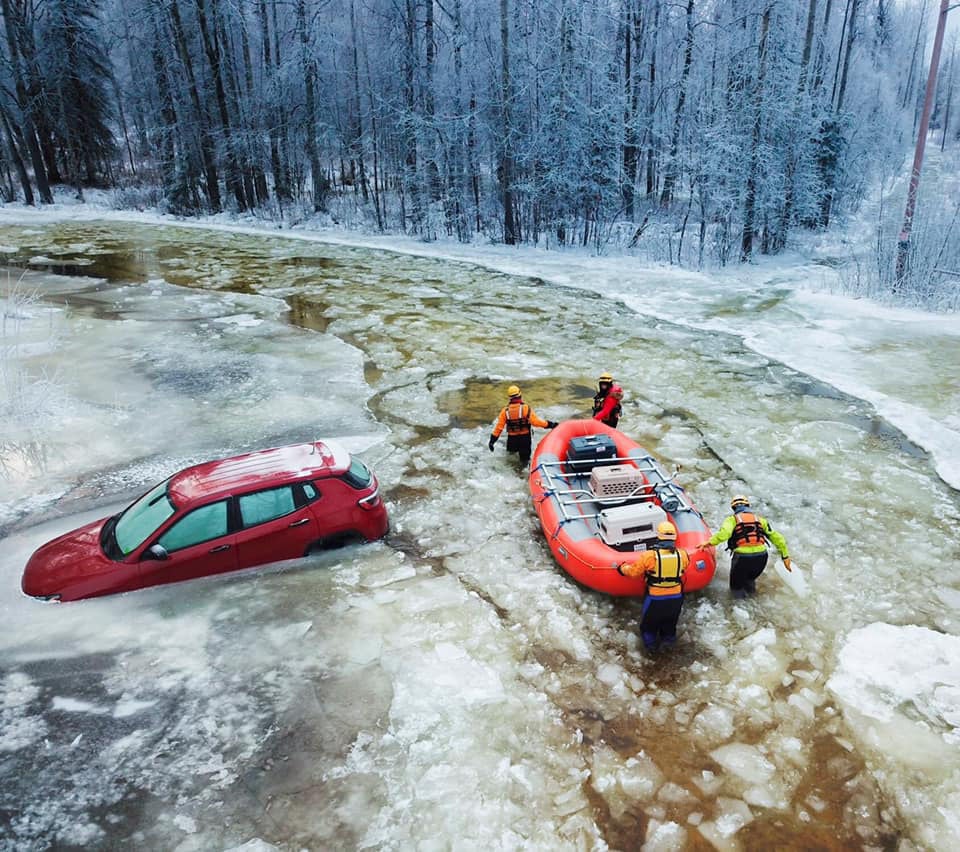 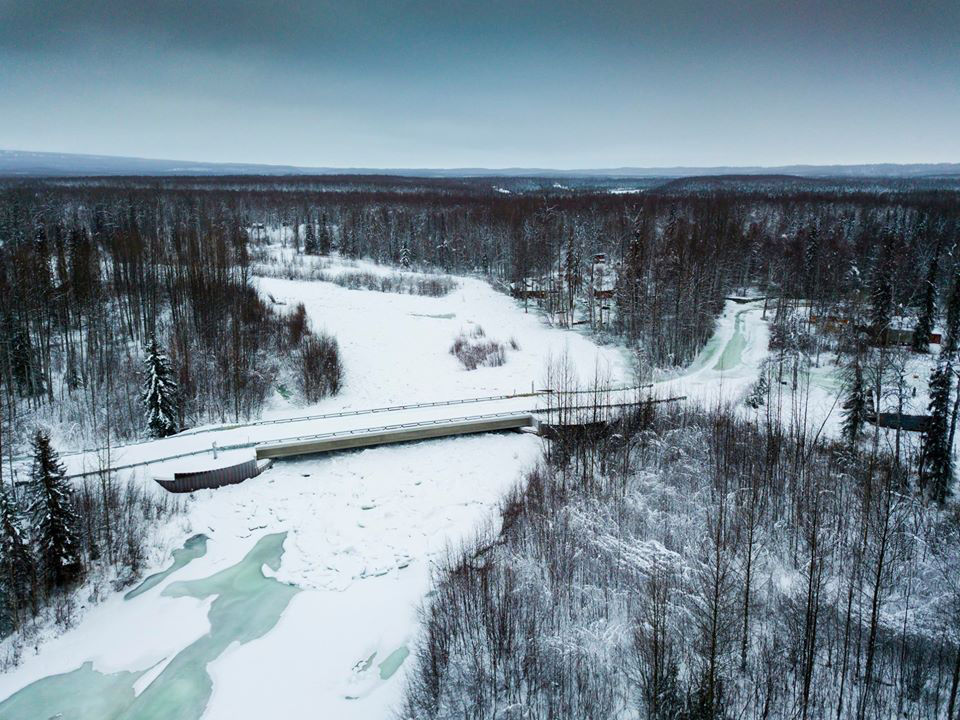 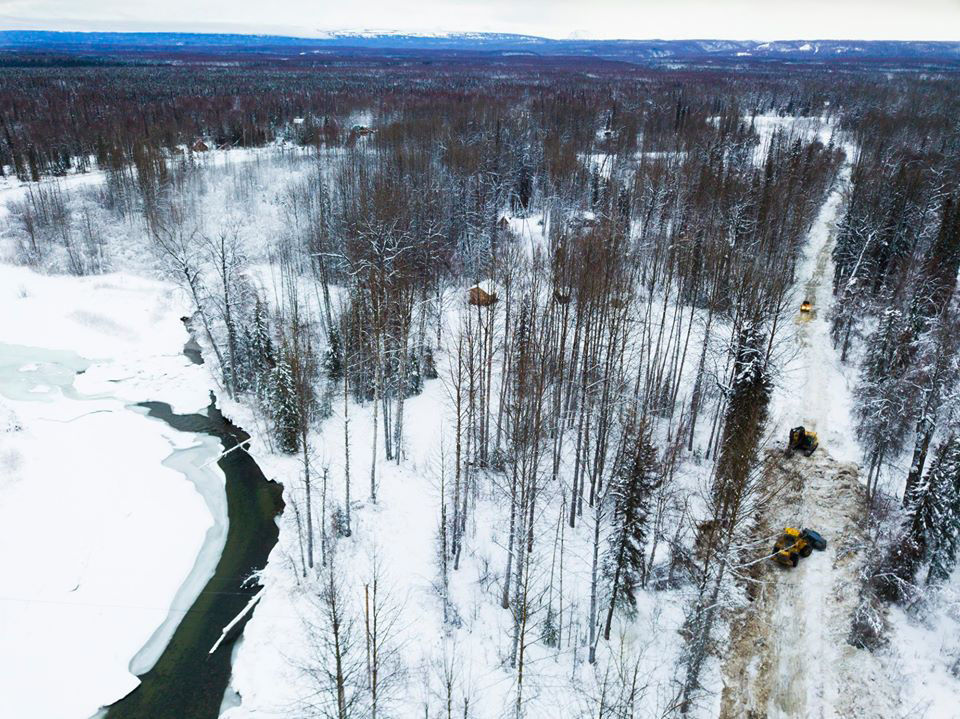 PALMER — On Tuesday, the Mat-Su Borough unanimously approved Manager John Moosey to sign a letter of entry permit with the Alaska Department of Natural Resources to begin work on opening the flooded ice dam on Willow Creek that has prevented residents from passing Deneki Bridge for nearly three weeks.

The assembly also unanimously approved extending the borough’s declaration of disaster for the Willow Creek flood to Jan. 21.

“We’re between a rock and a hard place, damned if you do damned if you don’t and I think we need to help those residents and it sounds like the plan is a good one and that you can do the best you can. I do worry about the precedent we’re setting, that now we’re going to have responsibility for this for the foreseeable winter,” said Assemblywoman Stephanie Nowers.

Public Works Director Terry Dolan briefed the assembly on Tuesday on the progress around Deneki Bridge to construct an ice road around the flood to provide access for some residents. Following the assembly vote on Tuesday, Western Construction began digging a trench 20 feet wide and five feet deep in Willow Creek. Starting from downstream, the contractors completed two-thirds of the distance required to get the water to flow downstream during work on Wednesday.

The approved plan predicts that water will flow downstream and under the ice following the completion of the trench, which is expected to happen on Thursday. However, the temporary ice road is dependent on cold temperatures remaining and a second ice jam is forming further upstream, according to Dolan.

“We’re trusting that our workmen will not do anything wrong but the simple fact of the matter is we need to do something. If we let this go on another couple months hoping that the state may step in because we are afraid to act, the opportunity for our citizens to mitigate those damages is going to be lost,” said Assemblyman Dan Mayfield.

Hesitation by assembly members was caused by the indemnification clause within the DNR letter of entry contract. With two permits already signed by Tuesday, the letter of entry was the last to allow contractors to begin digging the trench through the ice in Willow Creek. The original estimate provided to Dolan for work to mitigate the flooding came in at over $100,000, but the $40,000 cost for the approved plan will not involve hauling the massive ice chunks away.

“At this point we don’t need to haul it. We may later in the year have to haul it depending on the conditions we run into, but for now the plan is to stack it on the bank,” said Dolan.

Deputy Attorney for the borough John Aschenbrenner detailed the involved risk incurred on the borough due to the indemnification clause in the letter of entry. The borough would be liable for claims against the state following the work to dig a trench through the ice Aschenbrenner identified as state lands.

“Clearly the state has found that these are navigable waterways which they own in the area where this flooding is occurring,” said Aschenbrenner.

Aschenbrenner informed the assembly that the contract time period is quite broad and outlasts the termination of authorization, including environmental and hazardous substance risk that could occur if temperatures rise and flooding were to continue.

“I am disappointed, Mr. McKee that the state of Alaska wouldn’t step in there and it is their jurisdiction but they just don’t seem like they want to do a darn thing. It’s as simple as that, so we have to do something,” said Mayor Vern Halter, referring to George McKee, a borough assemblyman.

Halter pushed the repair of the Shirley Town Bridge which would give residents secondary access to the area and was destroyed during flooding in 2012. Moosey informed the assembly that he believes he will have an estimate from a contractor within the week for a temporary repair of Shirley Town Bridge followed by a permanent repair.