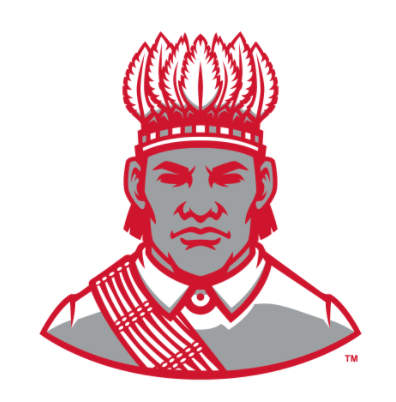 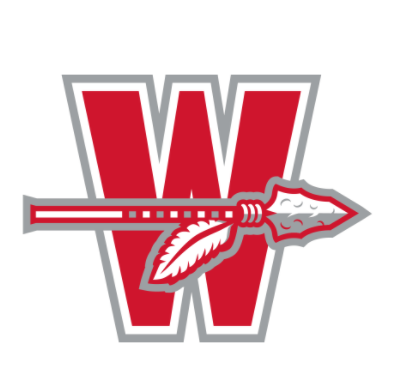 WASILLA — The Wasilla Warrior logos chosen by Wasilla High School students on Tuesday will now more accurately represent the Dena’ina Athabascan Indigenous peoples that the school and city are named after.

More than a year and a half after Wasilla High School Principal Jason Marvel and his administration reached out to the Knik Tribal Council, a committee of eight WHS students selected logo options that were put to a vote of the student body, as per Mat-Su Borough School District Board Policy 7512.

Marvel noted that nine different iterations of logos are visible within the WHS hallways, and cited the need for WHS to have a singular, accurate logo as its brand. WHS Assistant Principal Karen Bloxsom met with the Knik Tribal Council in June of 2020 as national discussions began about mascots representing Indigenous peoples and “social turmoil.” WHS grads and Grammy Award winning recording artists Portugal. The Man began supporting an online petition to change the Warrior mascot that received over 1,500 signatures last summer, months after WHS administration and KTC had begun discussing a display case in the front of the common area to educate students on the history of Chief Wasilla.

“We’re looking at it as a really neat opportunity to teach people about the namesake of that community and the namesake of that school. A lot of people don’t know about Chief Wasilla,” KTC CEO Richard Porter told the Frontiersman last June. “It’s a great opportunity to share. He was a very revered and sought after community leader and on top of that he was also known to be a very effective and proud warrior.”

Last fall, eight students representing all grade levels were educated on the history of Chief Wasilla and witnessed presentations from local artists about Dena’ina Athabascan symbols. Chief Wasilla was born in the mid 1800’s and lived until 1907.

“We have a really, really beautiful culture that can be shared,” said Porter. “We’re not changing the logo, we’re adjusting the logo to be more culturally appropriate to the first peoples and Dena’ina that were here for thousands of years and we’re definitely working in unison with Wasilla High School.”

Marvel hosted a meeting attended by members of the community in October of last year, offering an explanation on the efforts to educate the student committee and present new logo options to the student body. BP 7512 dictates that school administration is responsible for determining a need to change the mascot or colors of a school, but that the selection of the new logo must be student-led. The policy states that schools shall choose a mascot that will represent the school “in a positive manner benefiting school unity and pride...The school mascot shall be respectful of different cultural values and attitudes and will depict individuals with fairness, dignity and respect.”

On Tuesday morning, Marvel addressed the student body, parents, and Warrior nation with a Zoom call detailing the background behind the work that went into the vote that students were about to take. Marvel mentioned that the online petition circulated last summer had accused WHS of ‘cultural appropriation,’ and offered a definition. Marvel conceded that the most popular depiction of a Warrior features a headdress common among the Lakota Sioux indigenous peoples from South Dakota and was not historically accurate to Dena’ina Athabascans.

“It doesn’t even represent our area so we felt as administration hey, we can be more specific to our area, the indigenous people who are the Dena’ina Athabascan people,” said Marvel. “We have been clear from the very beginning that we would not be removing the Warrior mascot, but updating the logo to be more specific to our area and the Dena’ina Athabascans.”

Last June, Marvel stated that the work to install a display case educating students on Chief Wasilla and redesigning the logo would not be derived from the school’s operating budget or Mat-Su Valley taxpayers, and said that initial efforts are underway to raise $25,000 to commission a bronze artist.

The statue currently in front of the school will be relocated to the back of WHS. The student committee studied the only known photo of Chief Wasilla in wester dress and a photo of Chief Stephen in traditional Dena’ina Athabascan garments that featured a Dentalium necklace and eagle feather headdress, both of which are included in the new logo. A total of 83 percent of the WHS student body that voted selected the depiction of Chief Wasilla with a horizontal necklace. The secondary logo is similar to previous versions with a large red ‘W’ and a spear running across the bottom that will be used by sports teams and during activities. Porter also submitted a letter to the School Board and district administration in support.

“In a time of unprecedented strife that is trying to pull apart communities, our collaborative relationship [Knik Tribal Council and Wasilla High School] ‘raises all boats’ to build community … which will be our legacy.”

How is this acceptable in cancel culture society?

It still depicts a native for the gain of white people. If you’re going to be politically correct, go all the way. This is what others would call #racist. Super surprised the uber liberals at the frontiersman allowed this.