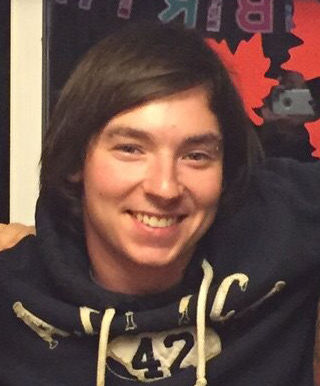 Alaska State Troopers say Michael Chalender's drug overdose on Dec. 1 led to a drug investigation that eventually resulted in charges against six people, including a California woman caught trying to smuggle 107 grams of heroin into Alaska. 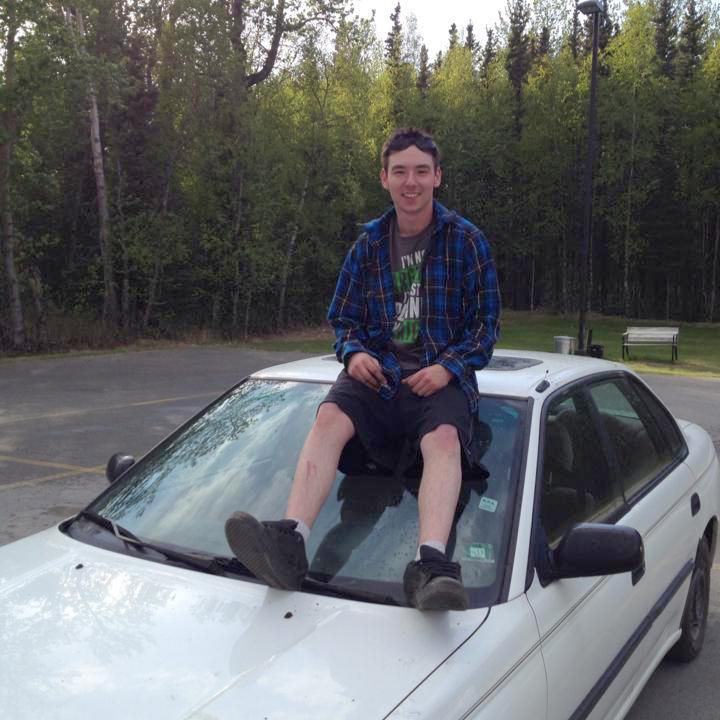 Michael Chalender sits atop a car in this photo provided by his sister, Tamara Dodds. Alaska State Troopers say Chalender's drug overdose on Dec. 1 led to a drug investigation that eventually resulted in charges against six people, including a California woman caught trying to smuggle 107 grams of heroin into Alaska.

Alaska State Troopers say Michael Chalender's drug overdose on Dec. 1 led to a drug investigation that eventually resulted in charges against six people, including a California woman caught trying to smuggle 107 grams of heroin into Alaska.

Michael Chalender sits atop a car in this photo provided by his sister, Tamara Dodds. Alaska State Troopers say Chalender's drug overdose on Dec. 1 led to a drug investigation that eventually resulted in charges against six people, including a California woman caught trying to smuggle 107 grams of heroin into Alaska.

WASILLA — After years of struggle, 22-year-old Michael Chalender had seemingly beat the needle.

Through the fall, the Houston man had put on more weight and was again playing Frisbee golf with his brothers. He was happy, amiable and never judged anyone said his sister, Tamara Dodds, during a tearful interview Tuesday.

“He struggled in the past, growing up, in his younger age,” she said. “He used to be very, very skinny. He bulked up a lot. He looked very good. He was healthy. You could see the difference.”

Chalender liked playing video games and board games, and tried his best to keep a regular family game night. He used to keep a menagerie of pet animals, liked playing Xbox with his little brother and had earned his GED. To his family, it seemed like Michael was loosening the grip heroin held on his life.

“We know he was quitting for a good little bit,” said his sister.

Dodds and other family members found Chalender’s body inside their Houston home on Dec. 1. A small bag of heroin and a hypodermic needle were later found at the scene. The state medical examiner later declared Chalender’s death a drug overdose, authorities said.

The news shocked the family.

“We had no idea,” she said. “You would have never guessed.”

Less than a month has passed since the discovery, yet Dodds said she occasionally still expects Chalender to walk in the front door.

“It’s still unreal to me at some points,” she said. “He’d leave home for a little while. We used to only see him every once in a while. Sometimes I think he’s at a friend’s. I really have to realize that ‘Oh, wait, he’s not here anymore. He’s not here, he’s gone.’ That’s been the hardest part.”

When Alaska State Troopers and Palmer Police tracked down the men and women who allegedly sold the drugs to Chalender, Dodds was happy, but also perplexed.

“It makes me so happy to read that, but at the same time it makes me think, why did my brother have to die for this to happen?” she said.

The grim discovery in Houston was the end of a life, but also the beginning of a search for justice that played out at Mat-Su Pretrial Facility, in local homes and at a private security room at the Anchorage airport this month, according to court documents. The result of that investigation would eventually lead to one of the largest drug busts this year in the Mat-Su.

Chalender allegedly bought the fatal dose off of Hiram Ducasse, a 26-year-old from Wasilla, at a Shell Gas Station near Ducasse’s Bideford Boulevard home on Nov. 30. Two days after Chalender’s death, authorities stopped some people outside the house, among them Sawyer Gruben, 21, of Fairbanks.

Gruben allegedly carried 13.46 grams of heroin and two firearms when he was stopped.

Troopers and Palmer Police searched Ducasse’s residence on a search warrant the next day, and discovered 35 grams of heroin, a handgun and $8,226 cash, according to court documents. Investigators also identified Angela McCready, 23, of Wasilla about this time, according to troopers.

Police arrested Ducasse at Palmer Probations. He had pleaded guilty to second-degree drugs misconduct about a year before he sold the heroin to Chalender.

Troopers also identified three other suspects during their investigation: Wasilla men Samuel Hubbard, 29, and Michael Trudeau, 28, as well as a woman first known only as “Deb” from California. Troopers searched Hubbard’s residence Dec. 11, and found methamphetamine, almost 22 grams of heroin, and $2,164 in cash.

The scope of the investigation involved 11 search warrants, and scooped up a total of 177 grams of heroin, 8.4 grams of meth (for an estimated total street value of $53,000) nine guns (three of which were previously reported as stolen), and $10,390 in cash. Troopers think that’s just a drop in the bucket of the Valley’s heroin scene, Peters wrote, in an email.

“It (the operation) certainly played a role in the Valley drug problem,” she wrote. “The problem is much larger than a single out-of-state source.”

The issue is bigger than law enforcement altogether, said Terria Jean Walters. Police found her son, Christopher Seaman, murdered in his car in July. Walters maintains a ministry, Damascus House, dedicated to helping recovering addicts. She also plays an active role in addiction advocacy locally, and is a recovering addict.

The circumstances surrounding Chalender’s death — as described by Dodds —fit the description of a relapse, Walter said.

“Usually, if somebody uses after they’ve been clean, they overuse,” she said. “The do too much thinking they could do as much as they could before they quit, and they overdose. It happens all the time.”

“Know that it’s happening left and right,” she said. “A lot of them (addicts) don’t want to be doing what they’re doing.”

Long periods of incarceration force addicts into contact with dealers and other addicts, and don’t sufficiently treat the underlying issue, Walters said.

“Nothing’s changed,” she said. “It’s only been locked up for a while.”

Many times drug dealers are also addicts themselves, Walters said, and the issue of addiction connects back to numerous others criminal issues, including property crime and prostitution.

“I know because I’ve lived it,” she said. “That’s where I stand on it. I don’t see these individuals as bad people. I think they made a bad choice.”

For now, Michael Chalender’s relatives are left with the hope his death was not in vain, Dodds said. The fact his death led to a major drug bust, she said, gives the family a small bit of comfort during their difficult time.

“[The news] gave me, but my family as well, a little bit of closure that we needed,” she said.

Charges for the arrested parties and custody statuses involved as of Tuesday evening are as follows:

Two other suspects remain at large:

• Angela McCready, 23, of Wasilla, indicted on one count each of second-degree and fourth-degree drugs misconduct and presently wanted on a $50,000 arrest warrant.

Having seen the justice system from both sides, it’s time for reform

My name is Terria Walters and I am a person in long-term recovery and I am a convicted felon who has been sober for over a decade. I have been…