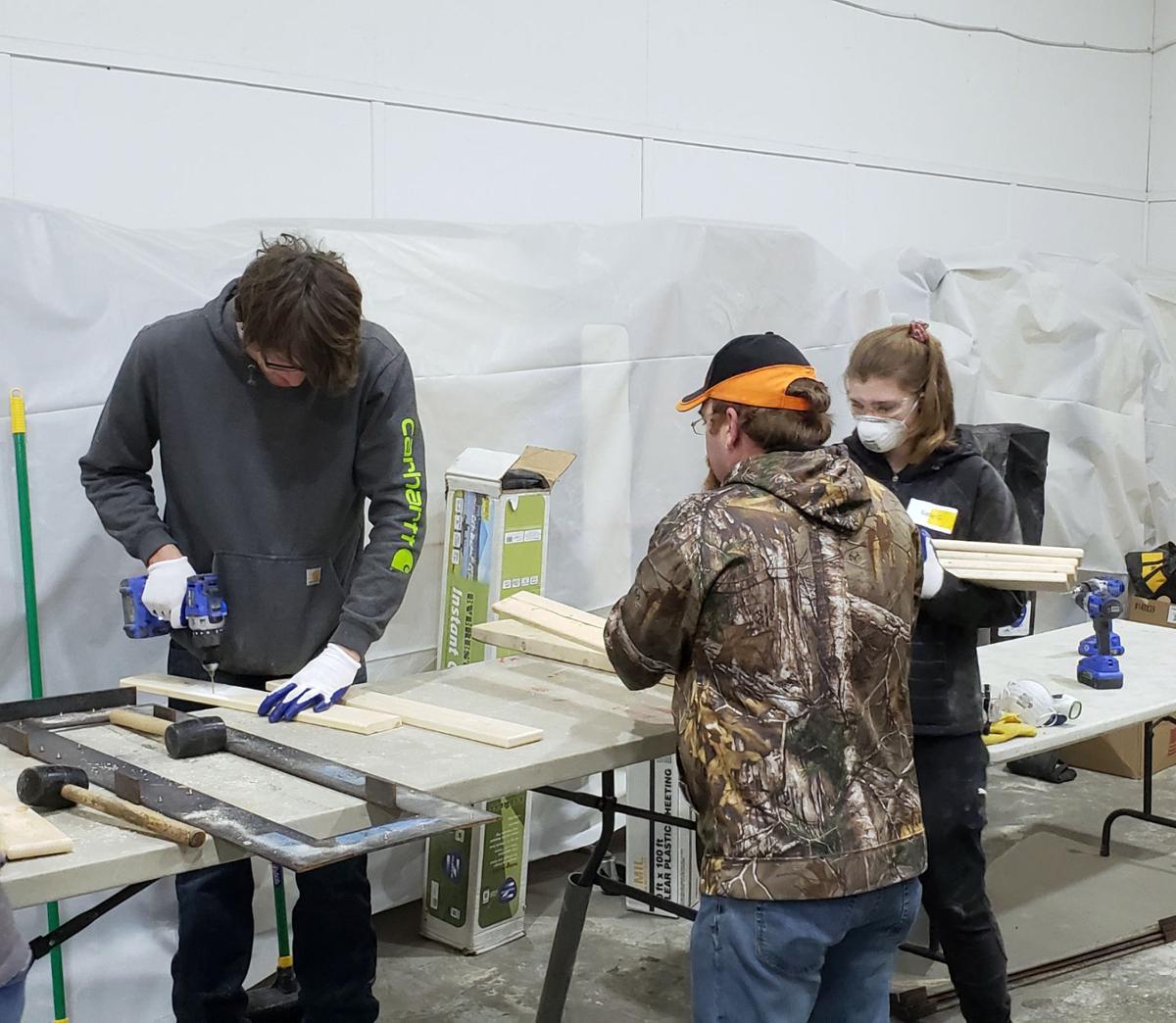 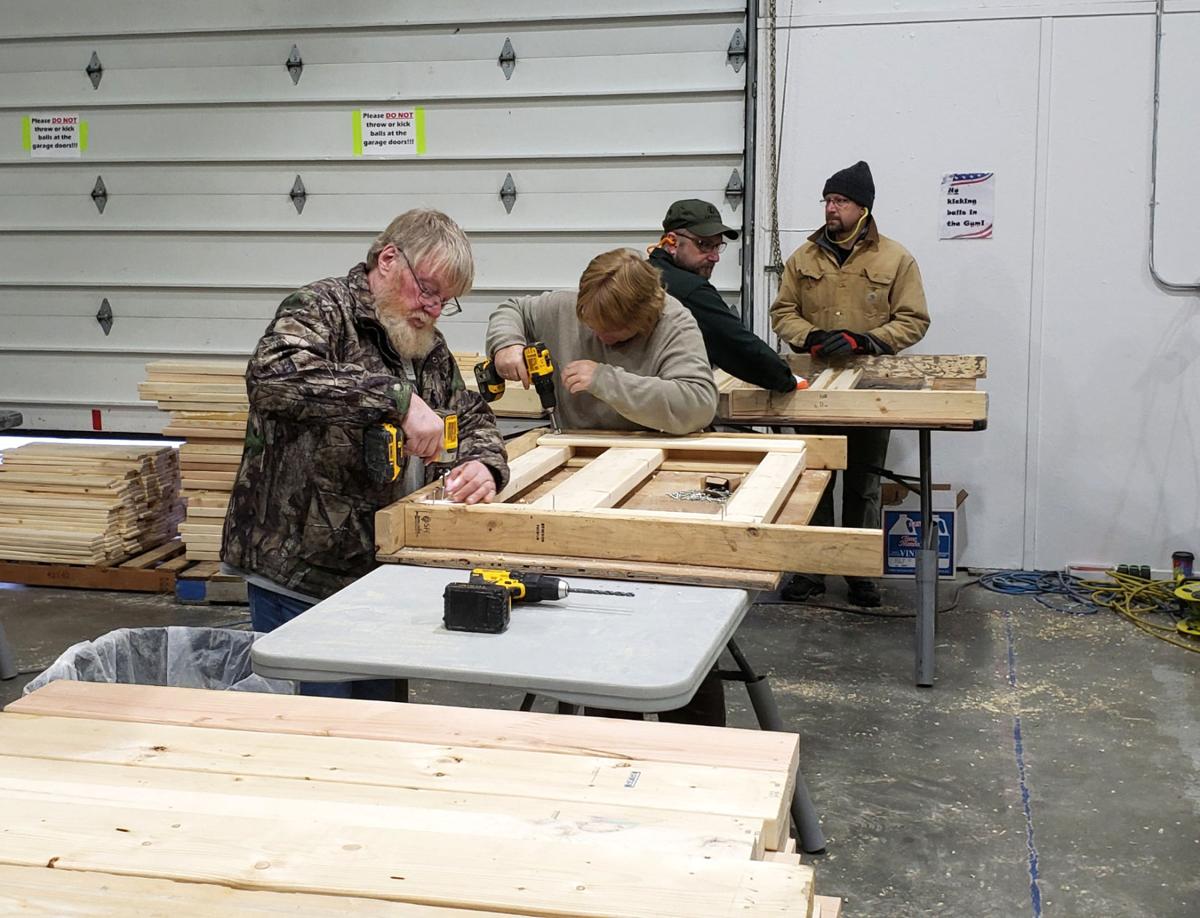 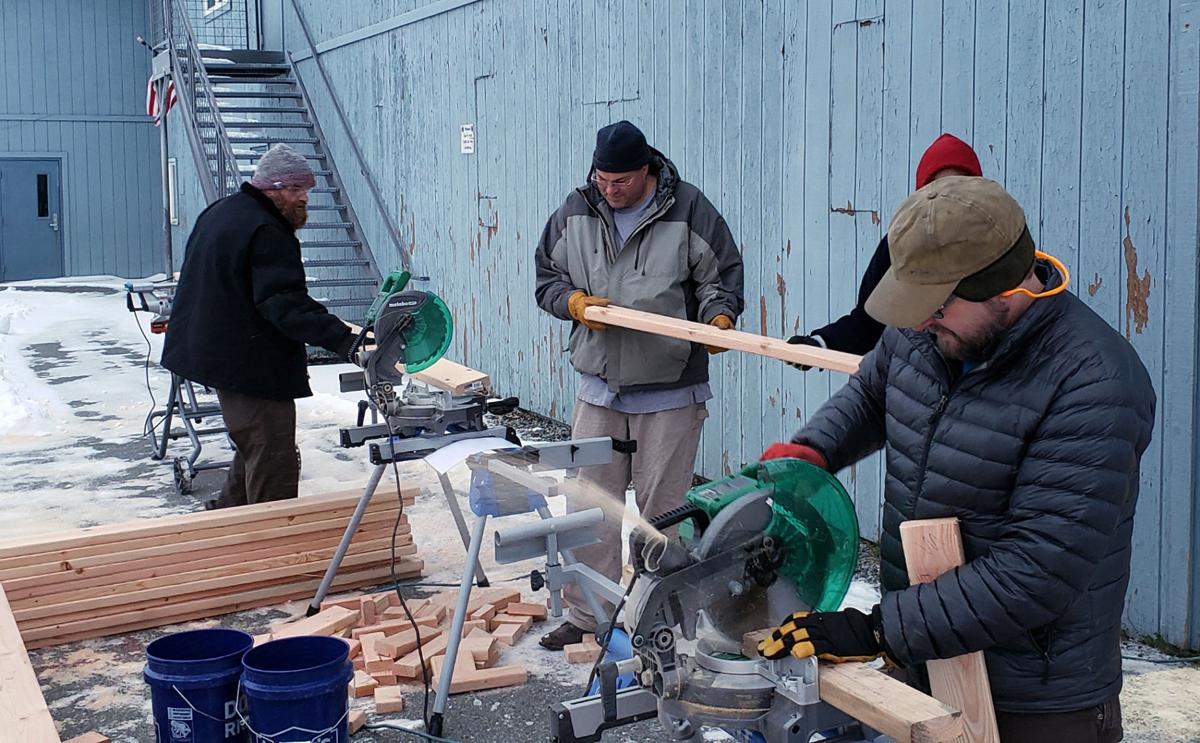 WASILLA — Wasilla Lowe’s employees and over 50 volunteers from the community banded together to build 58 bunk beds for local children at the Boys and Girls Club off Bogard Road Dec. 7.

“So there’s 58 children with the Valley that will hopefully have a bed for Christmas,” Lowe’s assistant manager Peter Bray said.

Bray said that Lowe’s teamed up with Boys and Girls Club who offered their facility for assembly space. He said the project falls under store’s annual participation in the Lowe’s Heroes program.

They built the beds in conjunction with Sleep and Heavenly Peace, a national organization dedicated to providing beds to children in need. Bray said that Lowe’s provided the lumber and several organizations pitched in to provide tools, mattresses, sheets and other bed materials, and other resources.

“It’s a real sense of community with everybody working together for the common good,” Bray said.

Sleep in Heavenly Peace is one of several organizations Lowe’s will work with for the Lowe’s Heroes program this year. Bray said they usually work with about 10 each year.

More than two dozen Colony High School students showed up to help, according to Bray. He said that numerous people across the Valley reached out through Facebook to volunteer as well. Several representatives from Sleep in Heavenly Peace worked alongside them.

“It was really emotional,” Bray said. “It softens my heart that people, on a cold Saturday morning, will come out and help children they’d never meet.”

The volunteers split up into different stations of the bunk bed assembly so they could streamline the process and get more beds ready for the children. The original goal was 40.

“It was an assembly line. It was a very, very efficient assembly line and it only worked that well because people wanted it to work that well and people got really enthused by it. Everyone worked together to make sure we made as many beds as possible,” Bray said.

Now that the bunkbeds are ready, numerous community members are storing them in their homes, waiting to connect them to local requests through Sleep in Heavenly Peace.

Bray said that he’s gone out and helped Sleep in Heavenly Peace workers as they installed the beds at local homes.

“It felt really good that we could do something good for somebody… It was really nice to go and help a family,” Bray said.