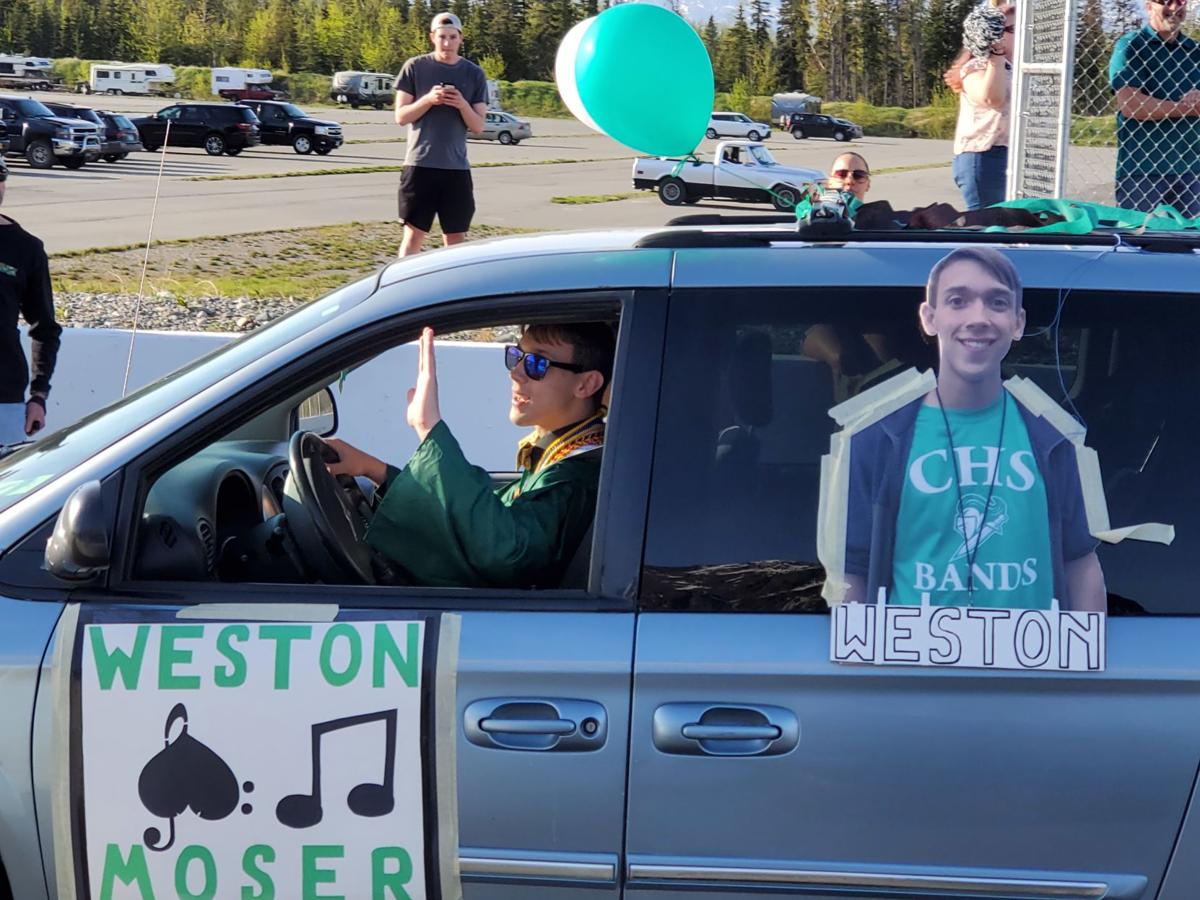 A 2020 CHS grad waves to his peers one last time as he leaves the oval track at Alaska Raceway Park. 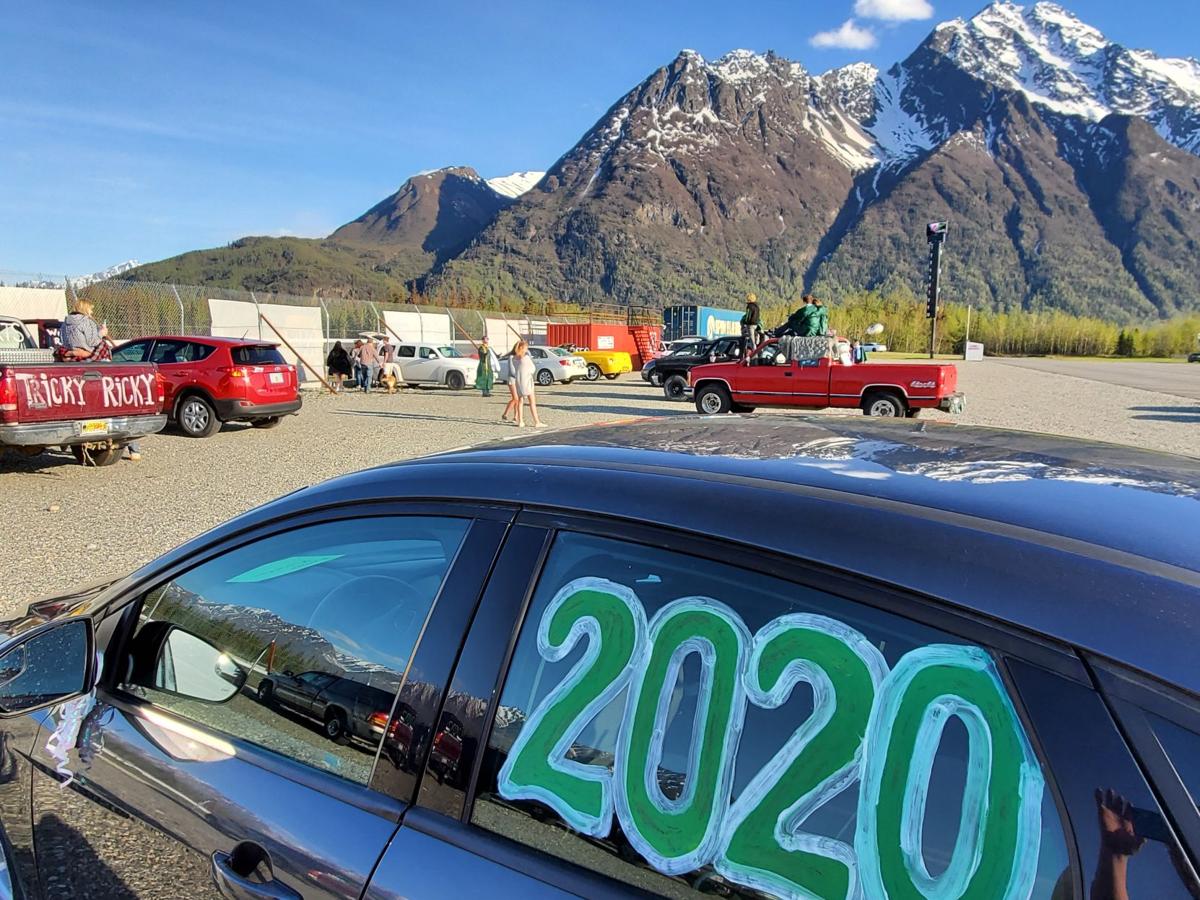 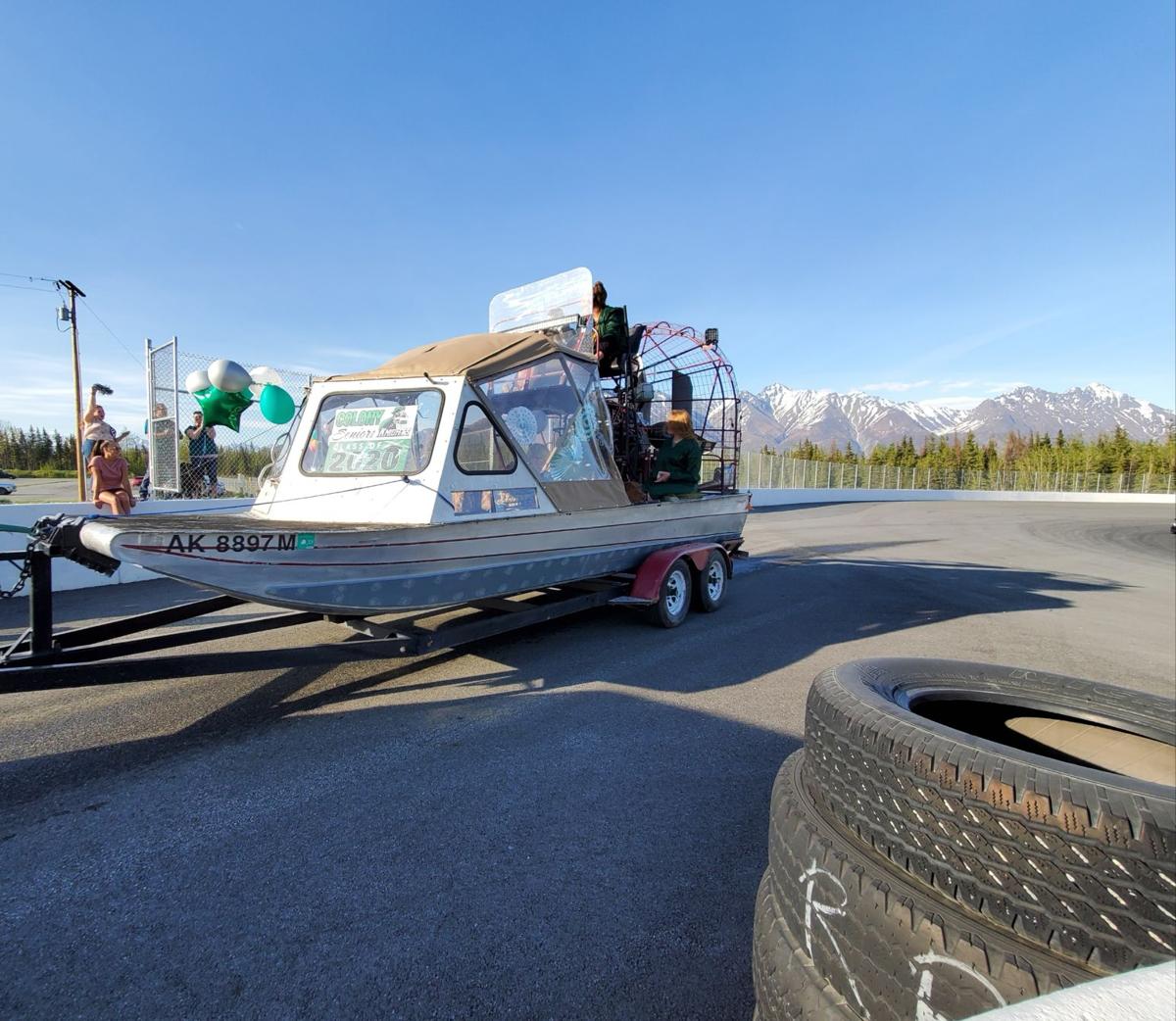 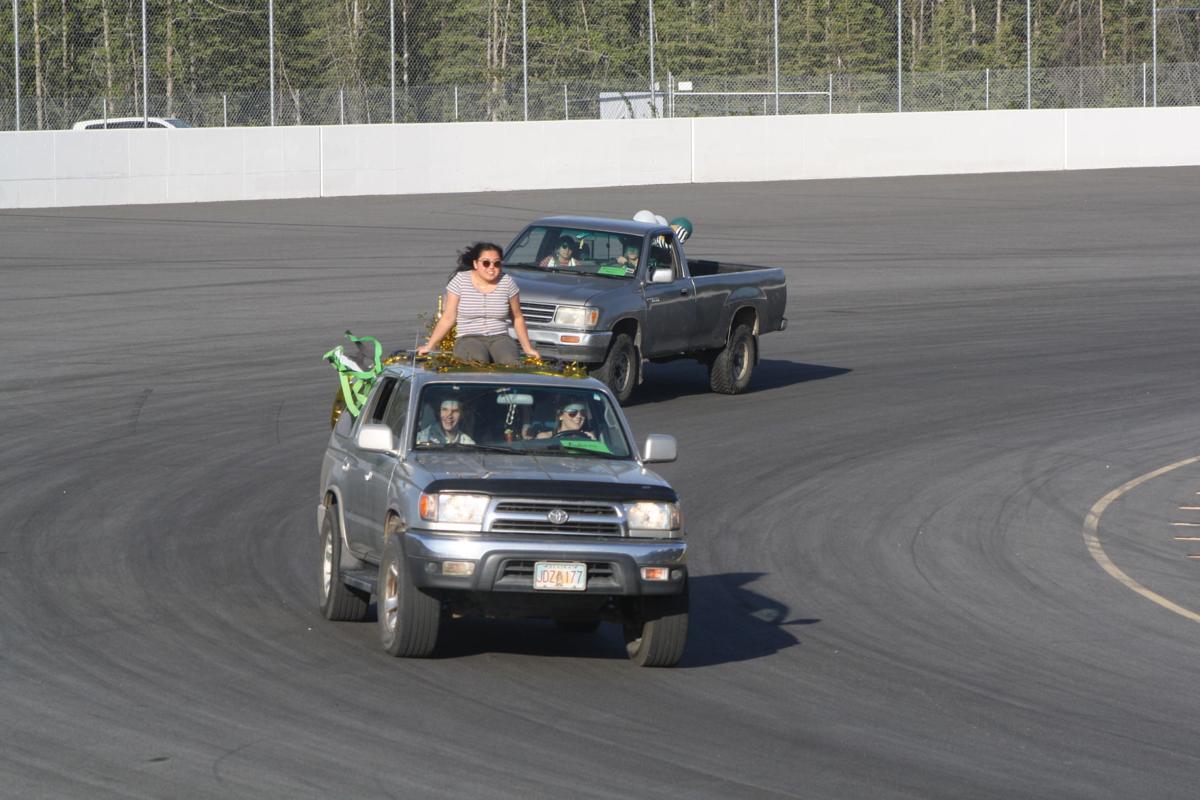 A 2020 CHS grad waves to his peers one last time as he leaves the oval track at Alaska Raceway Park.

BUTTE — Colony High School’s class of 2020 celebrated their graduation in a very unique way, accelerating down an official NASCAR oval track with their friends and family cheering from the sidelines.

Graduates lined up at the Alaska Raceway Park celebrating their graduation with a car parade. Each student had the chance to take a lap around the track and exit through the gate.

Many of the spectators — especially the seasoned bikers and hot rod racers — said they were jealous and wished their graduation was like this.

Hunter Sasser, a 2020 Colony grad, was thankful for the opportunity, saying this ceremony was a great way to celebrate, especially with the given circumstances.

“They put on an amazing graduation ceremony,” Sasser said.

Another 2020 Colony grad, Ryan Siracusa, said that he had a good time and also felt like this celebration was an effective way to make the most of the situation.

“It was a good substitute for graduation and we all got to celebrate with our families,” Siracusa said.

Some of the vehicles were decorated with paint and balloons. One of the last students in the parade was pulled by a pickup truck inside an airboat caked in green and black decorations. She said about half the class showed up but it was still a great turnout and everyone seemed to have a blast.

“It was great for being planned in a week,” Maynor said.

Maynor said her mother, Karen Lackey, taught English and history at Colony and she got the chance to lead the parade. She said that she was very happy to be able to provide this opportunity to these grads.

“It’s kind of an honor I guess,” Maynor said. “I’m just glad we can do something to help the community out, and we have a great facility to do it.”

Graduates were allowed to go fast, so many of them quickly seized the opportunity. The crowd roared almost as loud as the engine as each vehicle made its way around the track. Some even did burnouts, leaving black streaks across the track.

“Plus, what a cool graduation. Look at all those black marks on my track,” Maynor said.

“I think that one will be a little more calm,” Maynor said with a laugh.