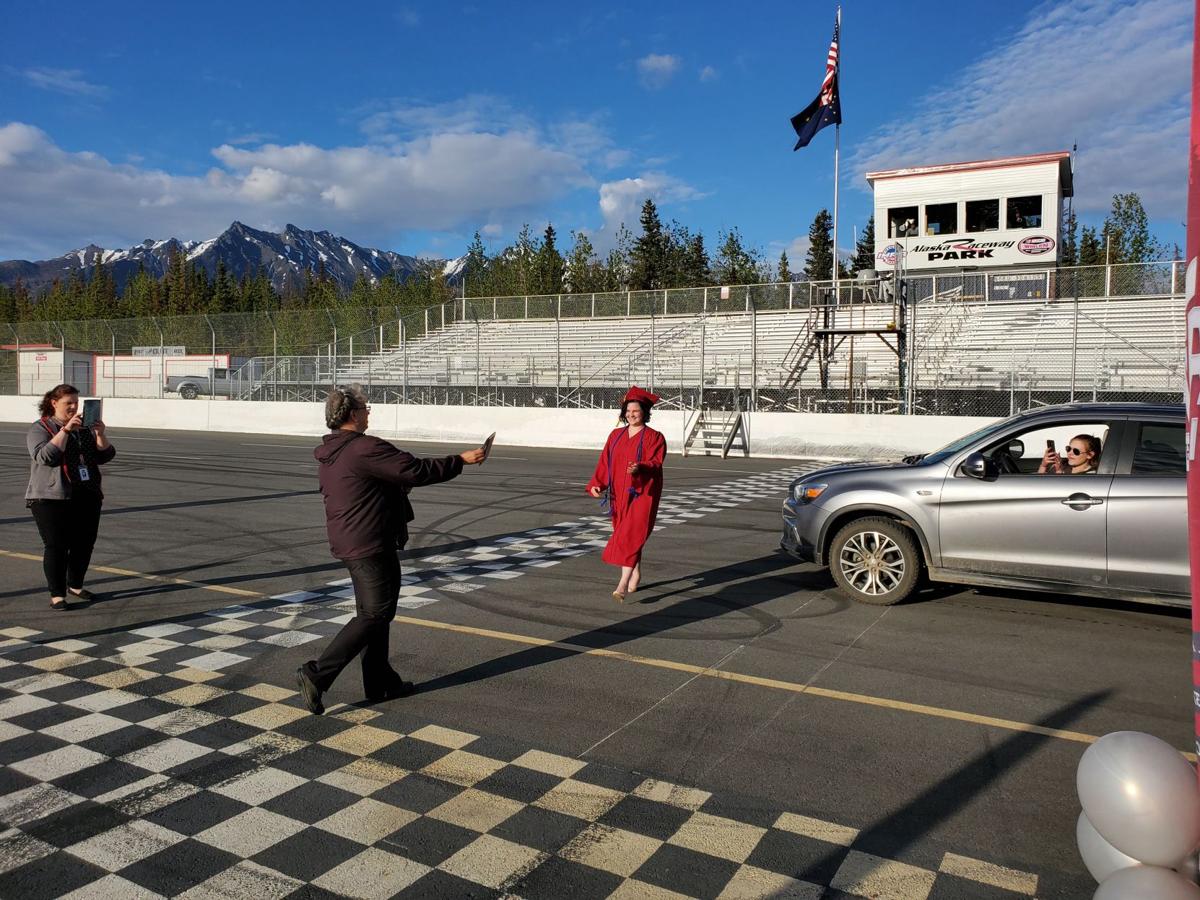 Raven Homeschool graduation ceremony for the class of 2020 at the Alaska Raceway Park, Tuesday, May 19. 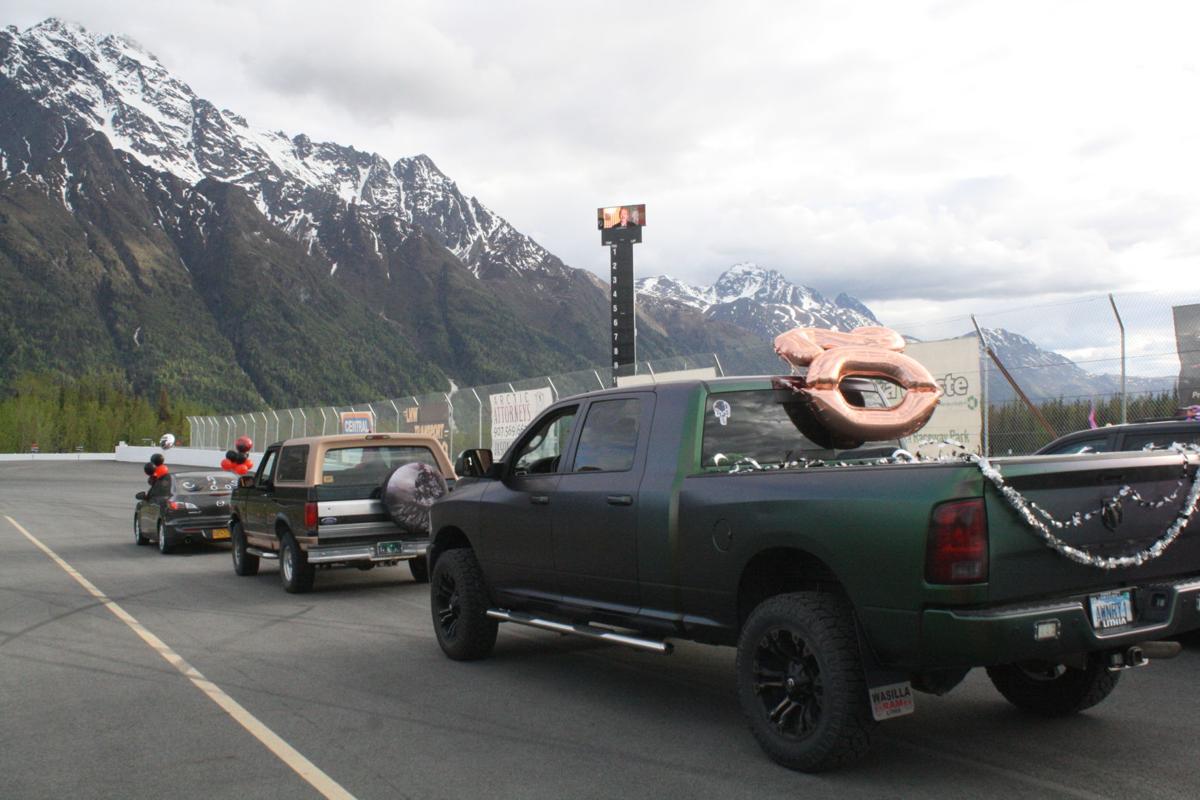 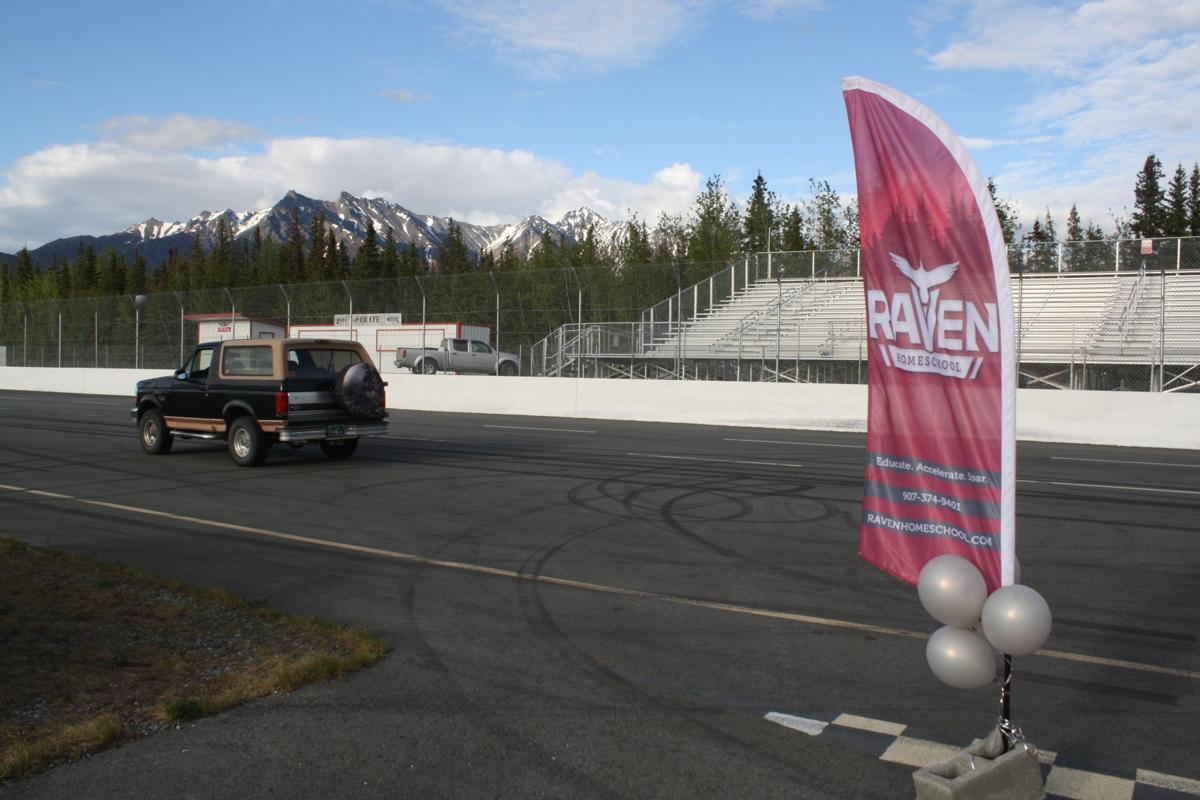 Raven Homeschool graduation ceremony for the class of 2020 at the Alaska Raceway Park, Tuesday, May 19.

BUTTE — Raven Homeschool graduates had a unique ceremony on top of the unprecedented times.

The small group of homeschool grads made a big noise with their vehicles on the Alaska Raceway Park’s official NASCAR oval track May 19, effectively wrapping up the Valley’s 2020 graduation season.

“We’re happy we had such a large area to do that,” assistant principal Kim Bergey said. “Alaska Raceway is the best.”

The ceremony was similar to Colony High School’s car parade less than a week prior on the same track, only on a much smaller scale. The smaller student body made it easier to zero in on each student’s story as they pulled up to the starting line for their diploma.

Raven used this event as their main graduation ceremony with speeches, music and everything else. Bergey said that she was satisfied with the turnout. She said this racetrack method was the best way to celebrate the student’s hard work face to face while remaining socially distant.

Student speaker Robyn Holbrook spoke on behalf of her class. She delivered her speech standing up through the sunroof of a small car.

“Let’s celebrate our accomplishments because this is the last day of our childhood and the first day we become something great,” Holbrook said.

Once Holbrook finished her speech, the car circled around to receive her diploma.

Each grad has a personal message detailing the kind of student and people they grew up to be, mostly written by their parents or other family members. Bergey read each story for each grad as they made their way down the track.

Students got to take a lap around the track at the beginning of the ceremony and had the chance to take a few more at the close. Bergey loved seeing all the smiling faces and getting the chance to be physically present to congratulate these young adults before they all set off into the world.

“That’s what it’s all about,” Bergey said. “Everyone worked so hard so the kids could have as close to a normal graduation as possible… because this is their day and it’s our honor to serve them.”

As Bergey waved to the last wave of students and families revving their engines and getting little slices of speed on the track before making their way out of the oval track, she laughed and said, “I don’t know who’s having more fun, the kids or the parents.”