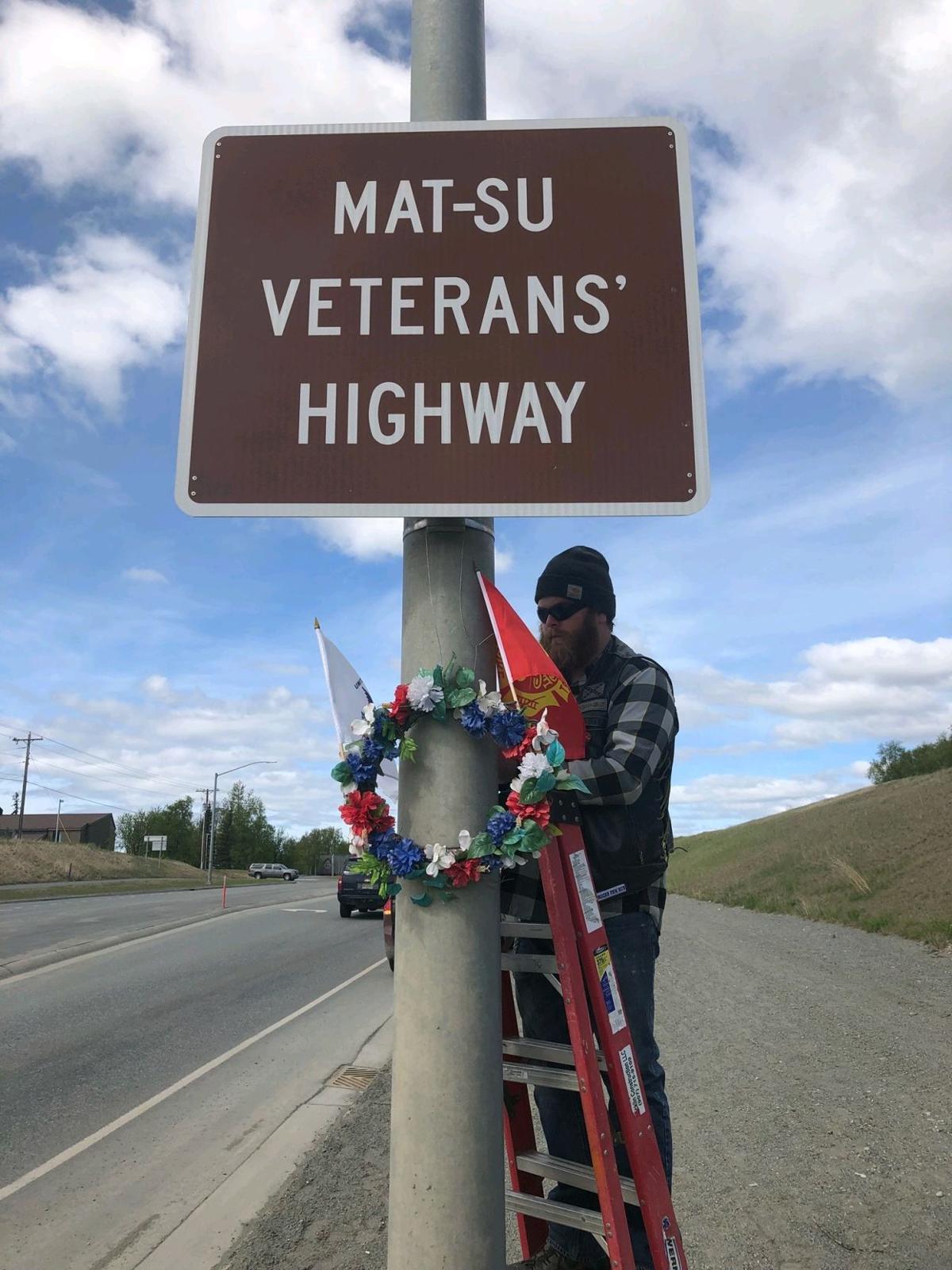 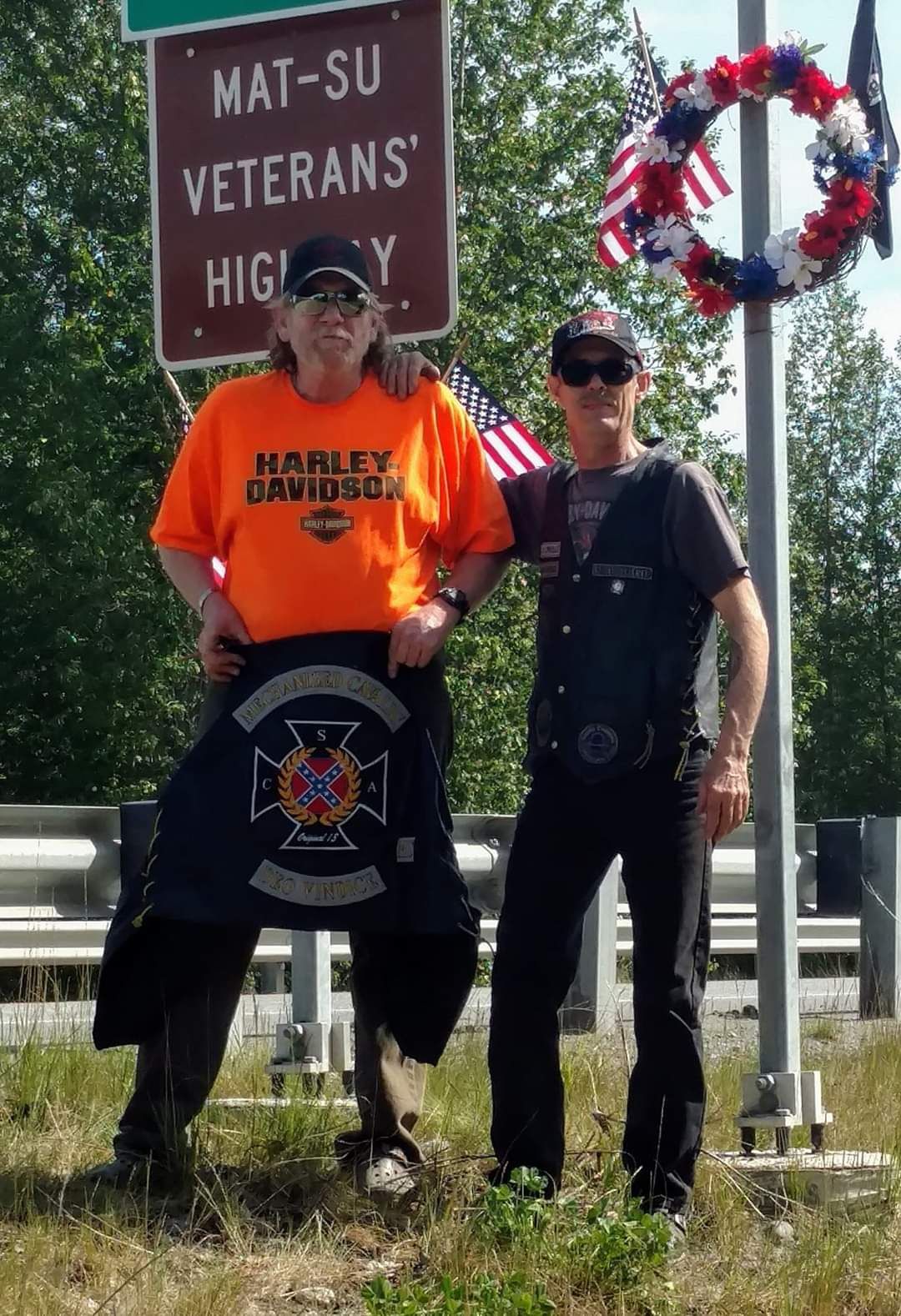 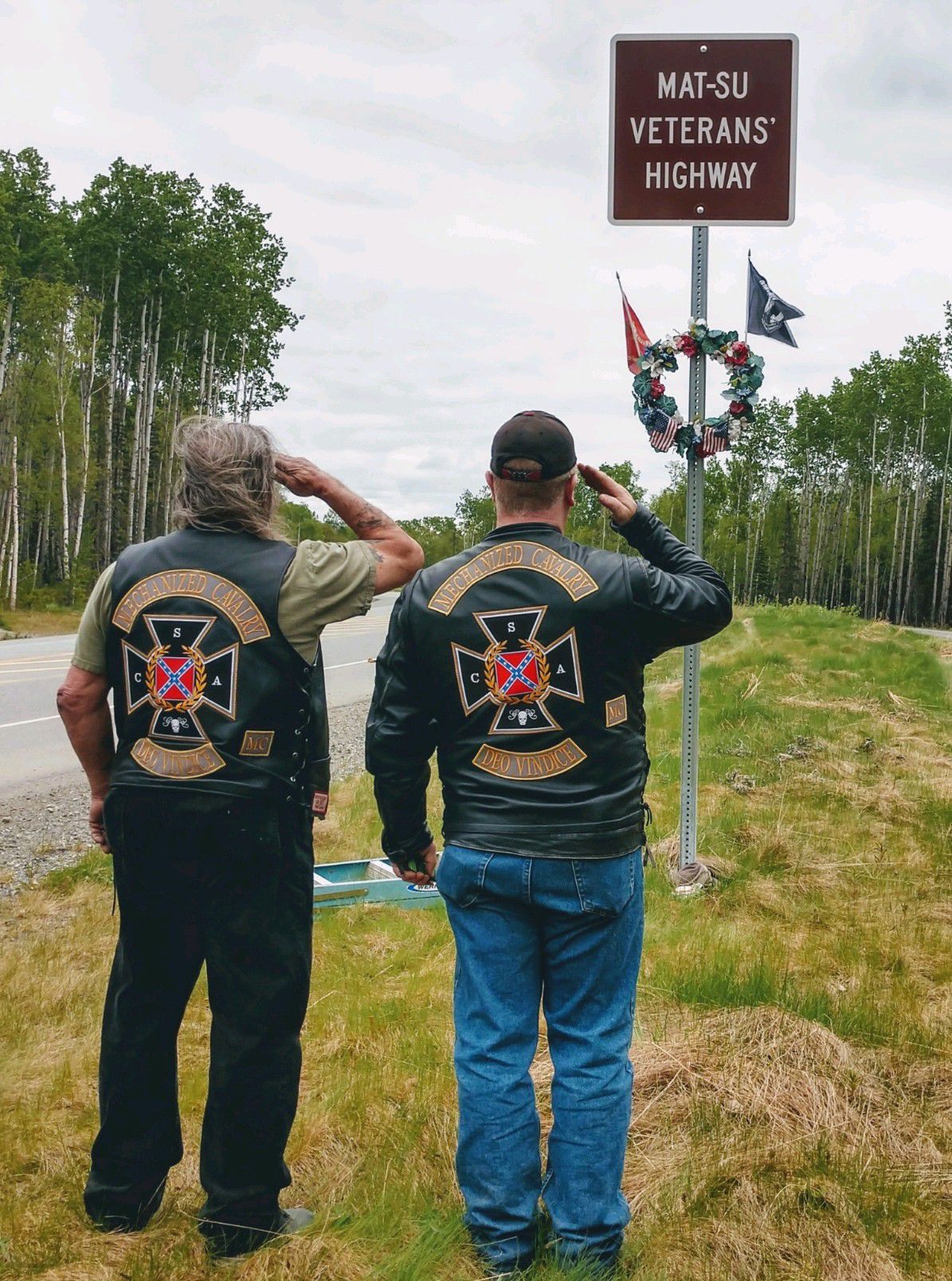 WASILLA — Each year, Mechanized Cavalry Motorcycle Club of Alaska members make their way from Palmer to Wasilla, hanging wreaths on sign posts all along the Mat-Su Veterans Highway to honor those who’ve served in the U.S. military.

“We take a lot of pride in it. It’s a pride thing for us and an honor,” club president Lou Schrader said.

Mechanized Cavalry members usually hang the wreaths up the day before Memorial Day, but this year they’re doing it two days in advance so they can participate in another event.

Schrader said that club members periodically check on the wreaths throughout the summer and they take them down a few days after Veterans Day. They recognize all branches of the military, and they also acknowledge first responders like firefighters.

“Our great country is the way it is because of our veterans and they need to be recognized,” Schrader said.

There are currently 18 signs spanning from Bogard Road and the Old Glenn Highway in Palmer to Seldon Road and Fishhook Road in Wasilla. Schrader said he would love to see more signs placed along the officially recognized highway.

One of Schrader’s favorite parts of setting up each year is the community’s positive reactions they drive by. He said drivers frequently beep their horns, wave and throw thumbs up to show their support.

“People are recognizing this. we just want to do the best we can. It just puts major smiles on our faces,” Schrader said.

Schrader noted they have both retired and active military members within their club but their club is not a military club.

“But we do honor them,” Schrader said.

Mechanized Cavalry started eight years ago. Schrader joined the club in 2015. He said that he’s drawn to the group’s overall mission to help people across the community with an assortment of projects and annual traditions.

“We try and do as much as we can for people that need help. We’ve kind of gotten known as the ‘keeper of the brothers,’” Schrader said. “We just try to be more of a help than a burden to our community... and show that motorcycle clubs are not a bad thing... definitely not a gang.”

A local family started the annual wreath project a number of years ago in honor of their son who died in Iraq, according to Schrader. He said a husband and wife took it over and his club eventually took the reins a few years ago.

He said during set up, the last wreath is always the most emotional.

Schrader said that he and his fellow Cavalry riders will be at this year’s Memorial Day event at the Vetarans Wall of Honor in Wasilla, Monday, May 25.

While many use Memorial Day weekend as an excuse to cut loose, Schrader said it’s important to take a moment in prayer or quiet reflection over the true meaning of the holiday.

“Memorial Day is not a day to party, but a day to honor fallen soldiers,”

For more information, Mechanized Cavalry Motorcycle Club of Alaska search for their page on Facebook.