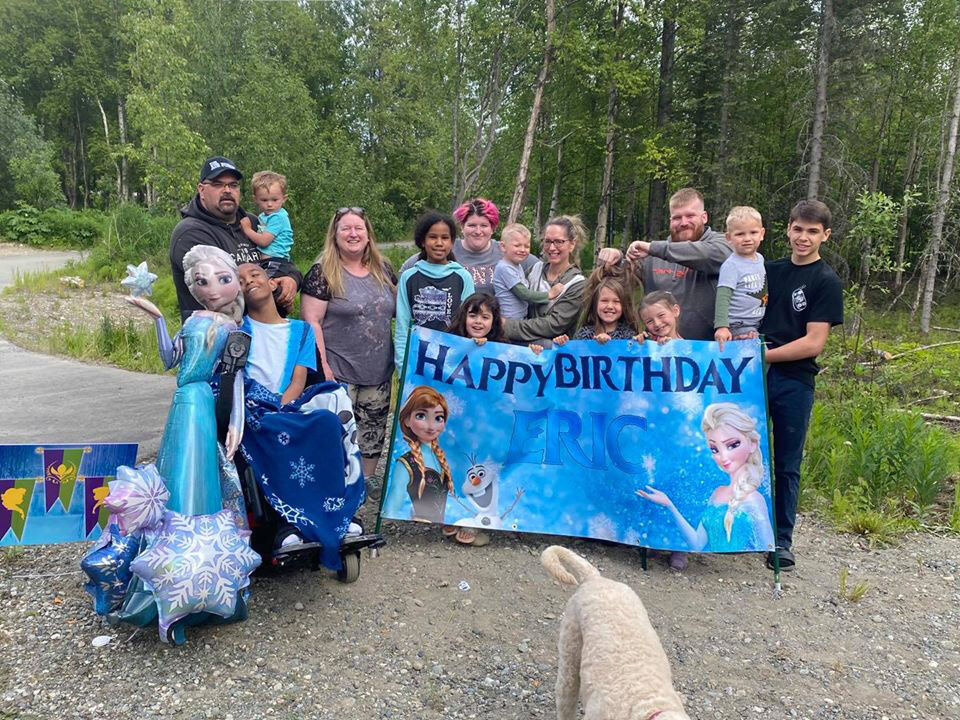 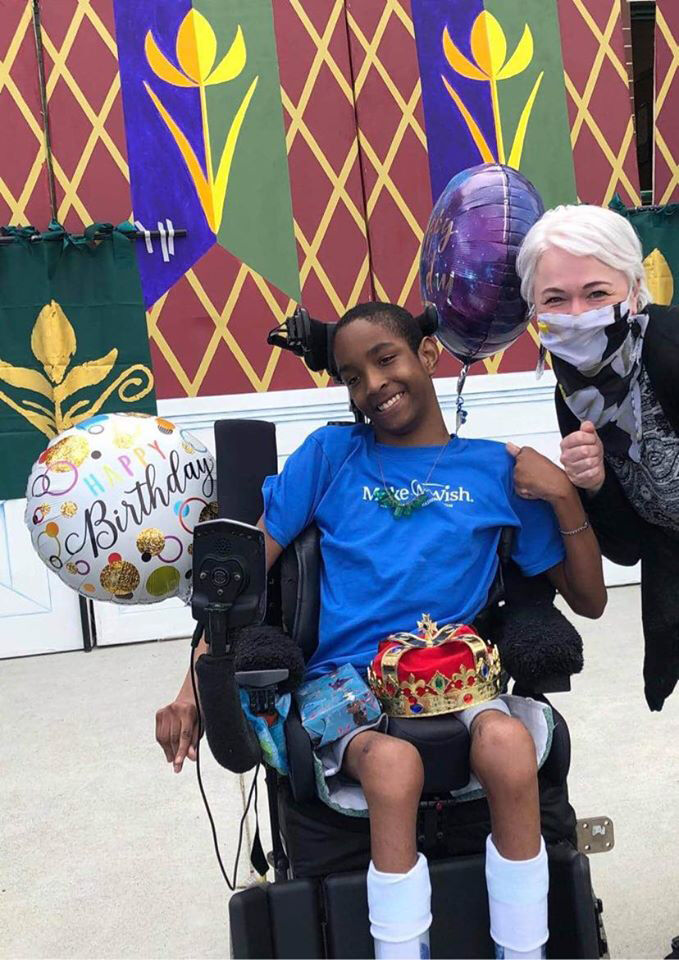 Eric Edwards celebrated his 13th birthday with a "Frozen" themed parade and party. 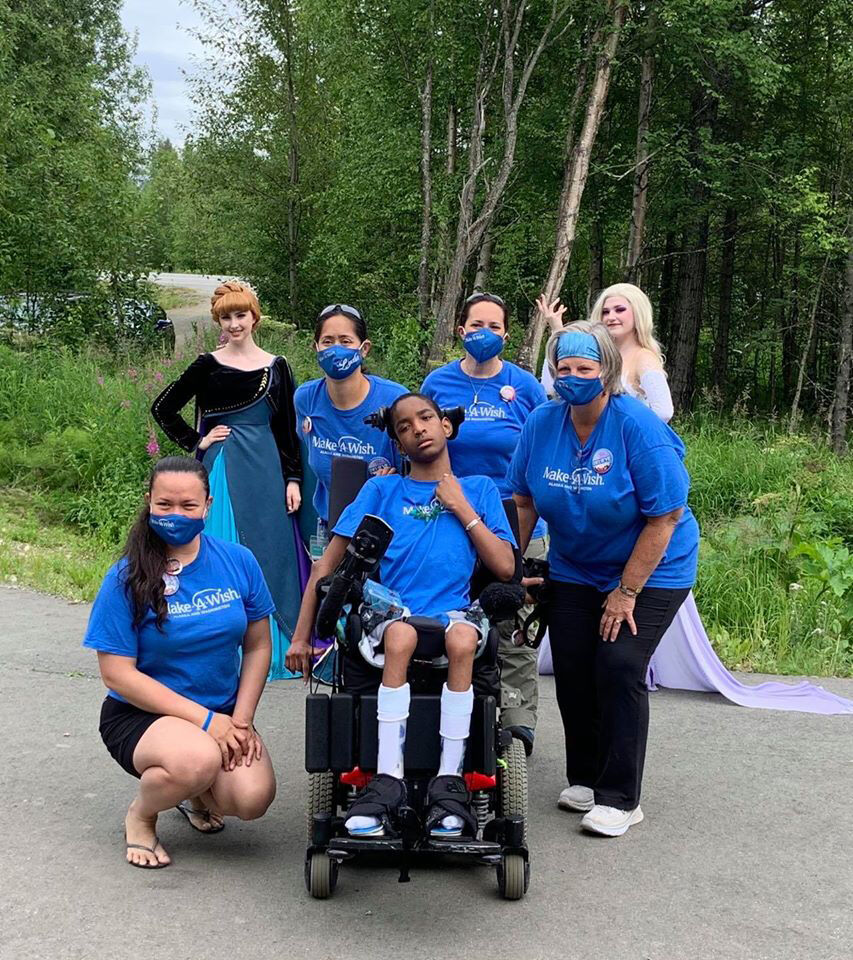 Eric Edwards was surprised with a "Frozen" themed birthday party organized by the Make-A-Wish foundation. 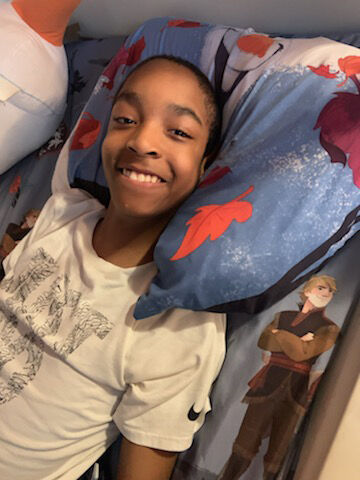 Eric Edwards celebrated his 13th birthday with a "Frozen" themed parade and party.

Eric Edwards was surprised with a "Frozen" themed birthday party organized by the Make-A-Wish foundation.

WASILLA — Dozens of Valley residents, students, teachers, first responders, princesses, and even a live reindeer came together to wish Eric Edwards a very special, “Frozen” themed 13th birthday party, all made possible by the Make-A-Wish Foundation.

“I mean, everybody was there to make his wish a special day,” Make-A-Wish volunteer Amy Tribbett said. “If you’re somebody who gets goosebumps you would have got goosebumps for the whole afternoon.”

Eric has dystonic cerebral palsy and he’s wheelchair bound. Eric’s mother Judy Edwards said that he doesn’t speak and he’s incredibly smart. She said he effectively communicates how he feels throughout the day, especially with his signature smile that spreads like magic.

“I guess his lesson is to just keep going. His smile is just contagious,” Judy said. “He’s famous for his smile.”

Judy said her son loves Disney’s “Frozen,” particularly the live adaptations on stage. Eric’s love for Anna, Elsa, Sven, and all those coveted songs in between came to life Saturday, July 18 as a parade of vehicles made their way around the Colony Middle School parking lot with a crowd of supporters from all walks of life.

“It was beautiful,” Judy said. “ It was the happiest i’ve seen him in a long time.”

Palmer firefighters kicked off the parade with sirens and flashing lights, joined by the Alaska State Troopers, Palmer Police Department, costumed actors from the CMS production “Frozen Jr,” and Colony High School’s marching band. The Williams Reindeer Farm also offered one of their reindeer to play as Sven for the day.

“I think it brought the community together a lot more. I couldn’t think of a better way this could have gone,” Make-A-Wish Volunteer Lydia Perenyi said. “Granting his wish was definitely the ultimate goal, and the community came together to pull it off.”

Perenyi lives in Palmer and was the primary Make-A-Wish volunteer planning Eric’s special day. She said it took two years of planning and various changes, including those resulting from COVID-19 situation, but the final outcome went off without a hitch and did what it was supposed to do, make Eric smile and feel like his wish came true.

“In this extraordinarily unprecedented time to pull something like this is just mind boggling… I’m just so speechless other than describing it as awesome, and I can’t think of a better organization than Make-A-Wish to volunteer with,” Perenyi said.

Several participants who knew Eric, including local students who attended CMS with him, showed up to help. A great many more had never met him but wanted to show up after hearing his story.

Perenyi said Make-A-Wish is sending letters to all the CMS and CHS students to thank them for their involvement.

“People just went out of their way for him… because they heard about him,” Perenyi said.

After the car parade, Eric’s celebration continued back home in the backyard where Anna and Elsa surprised him with a series of songs. The actors were from Enchanted Alaska, an Alaskan agency that offers princesses and superheroes to local children’s birthday parties and other events.

Perenyi said the current situation is calling out for even more creativity and involvement in the Make-A-Wish Foundation, whether it’s through donations or volunteer hours.

“There’s so many kids out there that are waiting for wishes and they’re waiting longer now,” Perenyi said.

Judy said that she was immensely grateful for Make-A-Wish’s above and beyond work backed by the community, saying that more people should invest in the foundation to help other families smile like she and her son did on Saturday.

Perenyi said that she highly encourages those interested in getting involved with Make-A-Wish Alaska and Washington to sign up online at akwa.wish.org.