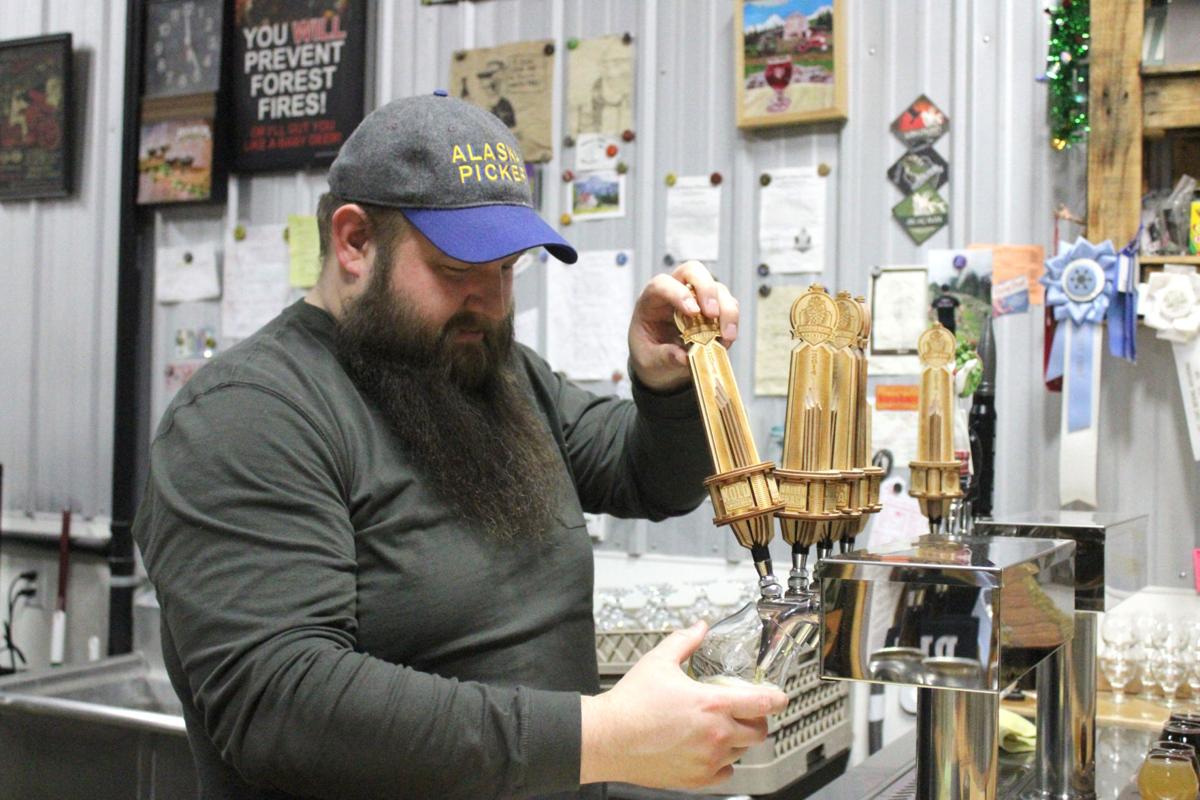 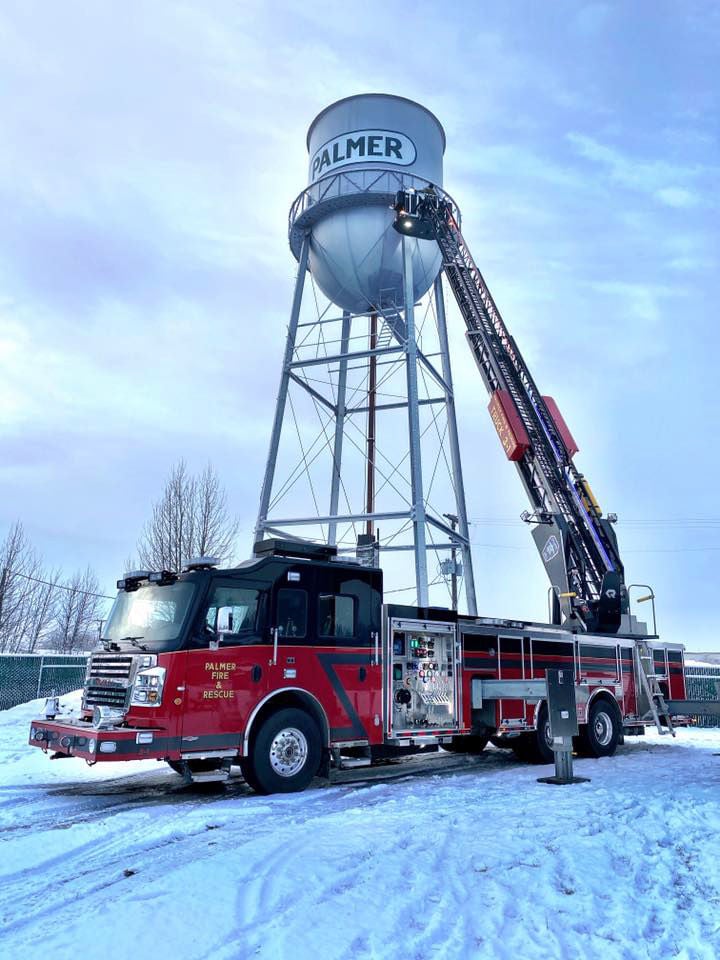 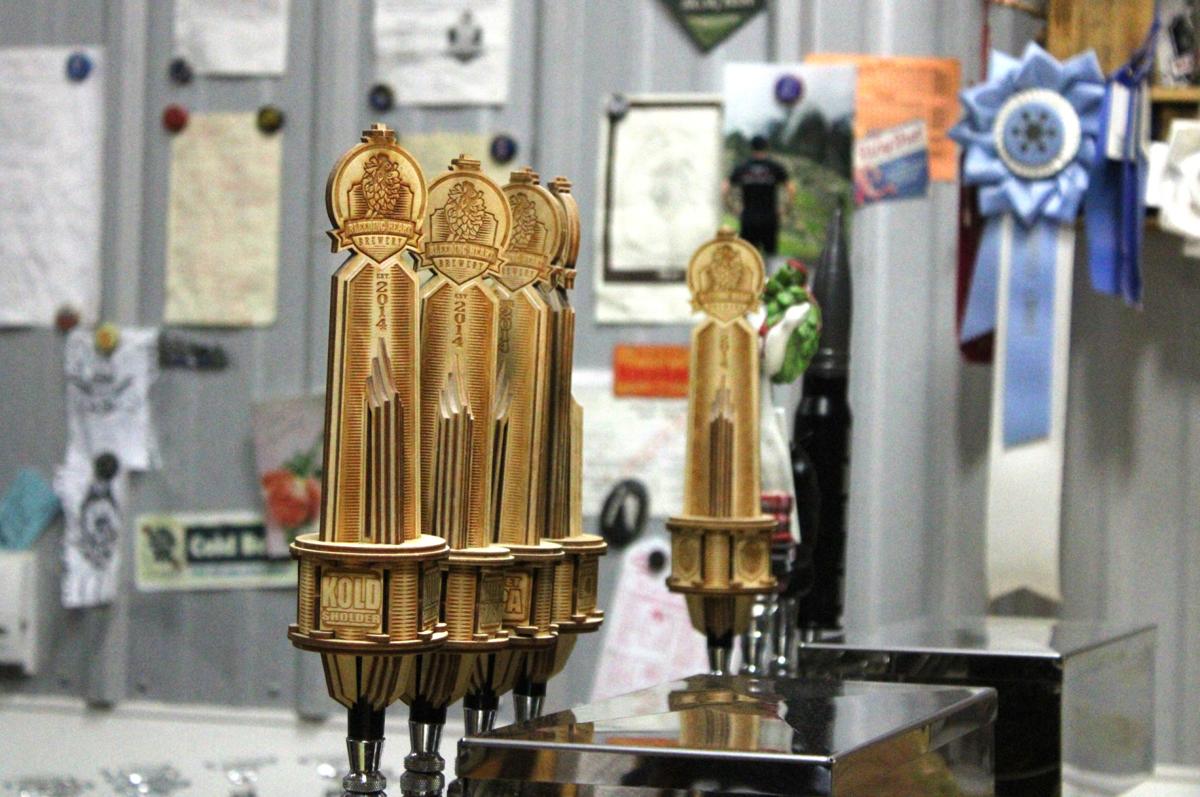 PALMER — After starting their brewery in the steel building on an original colony farm in 2015, the owners of Bleeding Heart Brewery have taken the business to new heights in their short existence. That includes up to and around the Palmer Water Tower for the third year in a row to power the colored lights around the platform and finial atop the iconic Palmer structure.

Bleeding Heart will close their doors at the farm for the last time on Dec. 31, ceasing their operations as a taproom on Outer Springer Loop while they renovate their new space inside the Alaska Picker building on the Matanuska Maid block in downtown Palmer. Bleeding Heart is hoping to get rid of as much beer as possible between the end of business at the farm and when they will reopen inside the Alaska Picker building.

The third annual Running of the Beers 5ish-K will take brave winter runners from the old home of Bleeding Heart to the future home for one final go-round. In the third year as the race option around the Colony Christmas festivities, Bleeding Heart has seen hundreds flock to the farm for the Running of the Beers over the past two years and hopes to continue the tradition next weekend. Runners are asked to carpool and arrive at Bleeding Heart around 3 p.m. on Dec. 14 prior to the 5 p.m. plugging in of the lights along the Water Tower that will begin the yearly parade and provide a visual symbol of the impact that Bleeding Heart has had in the community in such a short amount of time.

“What makes it so special is it’s like a Palmer history tour almost, going from a colonial farm to one of the original colonial downtown Palmer sites,” Bleeding Heart co-owner Stefan Marty said.

Bleeding Heart beer will still be available at local bars and restaurants as they are able to continue production at the farm while the new location is being finished. The new iteration of Bleeding Heart on the Matanuska Maid block will feature a kitchen with as many healthy lifestyle options as possible. Marty said that the goal is to make the kitchen tailored to dietary needs of those with gluten free, vegan and vegetarian food preferences and remain as close to a zero waste kitchen as possible.

“I think it’s just a natural progression and to have them in town now is good for not only them and me, but it’s great for Palmer it makes that block even more desirable and even more a destination to come to,” Alaska Picker owner Kelly Turney said.

Turney’s relationship with Marty and Zack Lanphier, co-owners of Bleeding Heart, goes back before the brewery got it’s humble start on the farm. Combining the two businesses under one roof will offer a unique experience in downtown Palmer that Turney is excited to see once the final alterations have been completed.

The original lights hung around the water tower were donated by Gage Tree Service with an assist offered by the Palmer Fire Department that volunteered their time and tallest ladder to allow Turney, Lanphier and Marty to decorate the tower. The lights will stay on until past the new year, lighting up the iconic background of downtown Palmer with holiday cheer.

“For me the Palmer water tower has been this iconic centerpiece to the city, and so being able to get the privilege to decorate it for a season is pretty special to us,” Marty said.

When the Colony Christmas Triathlon folded years ago, the Running of the Beers sought to offer a sense of community for runners and beer drinkers alike looking to celebrate prior to the parade in Palmer during Colony Christmas. The community response has resulted in the unmistakable pink silk shorts being distributed to die hard fans of beer throughout the state that join hundreds in the outdoor December race. The poetry of hundreds of fans of Bleeding Heart Beer running from their first location to their next destination is not lost on Marty, who sees the community that he and Lanphier have built that outgrew their expectations.

Asking their customers to “drink like you give a damn” since 2016, the atmosphere built around Bleeding Heart has become a unique vibe fostered by the fans who are dedicated to their beer. Marty has seen the progression of he and Lanphier’s brewery on the Marty farm go from a two-man operation to welcoming their four employees into the Bleeding Heart family.

“It’s become something that has its own personality and that customers and regulars have added to and essentially claimed ownership of as well,” Marty said.

Pre-registered runners for the Running of the Beers above the age of 21 can have their first beer paid for on the house and the first 75 registrants will receive the pink silk shorts. Marty confirmed that the first 75 slots have been filled and was optimistic that the turnout will near the numbers of the first year where close to 400 runners made the 5-ish K trek from Springer Loop into downtown Palmer.

Bear Naked Barbecue will be parked at Bleeding Heart on Dec. 30 and 31 as Bleeding Heart hopes to get rid of any product left at the farm before relocating downtown. The new kitchen will feature local menu items and expanded seating and tentatively is set to open late spring of 2020.