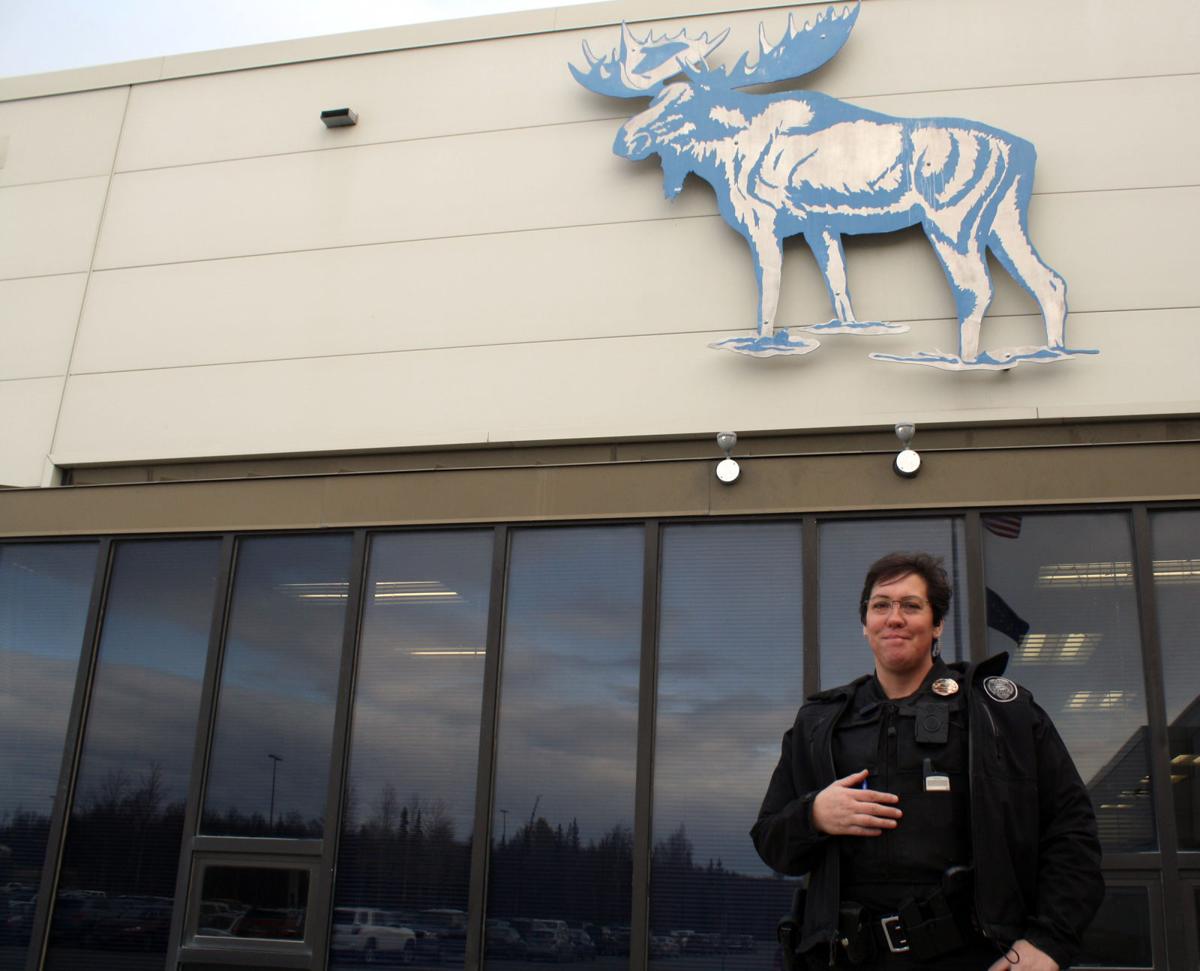 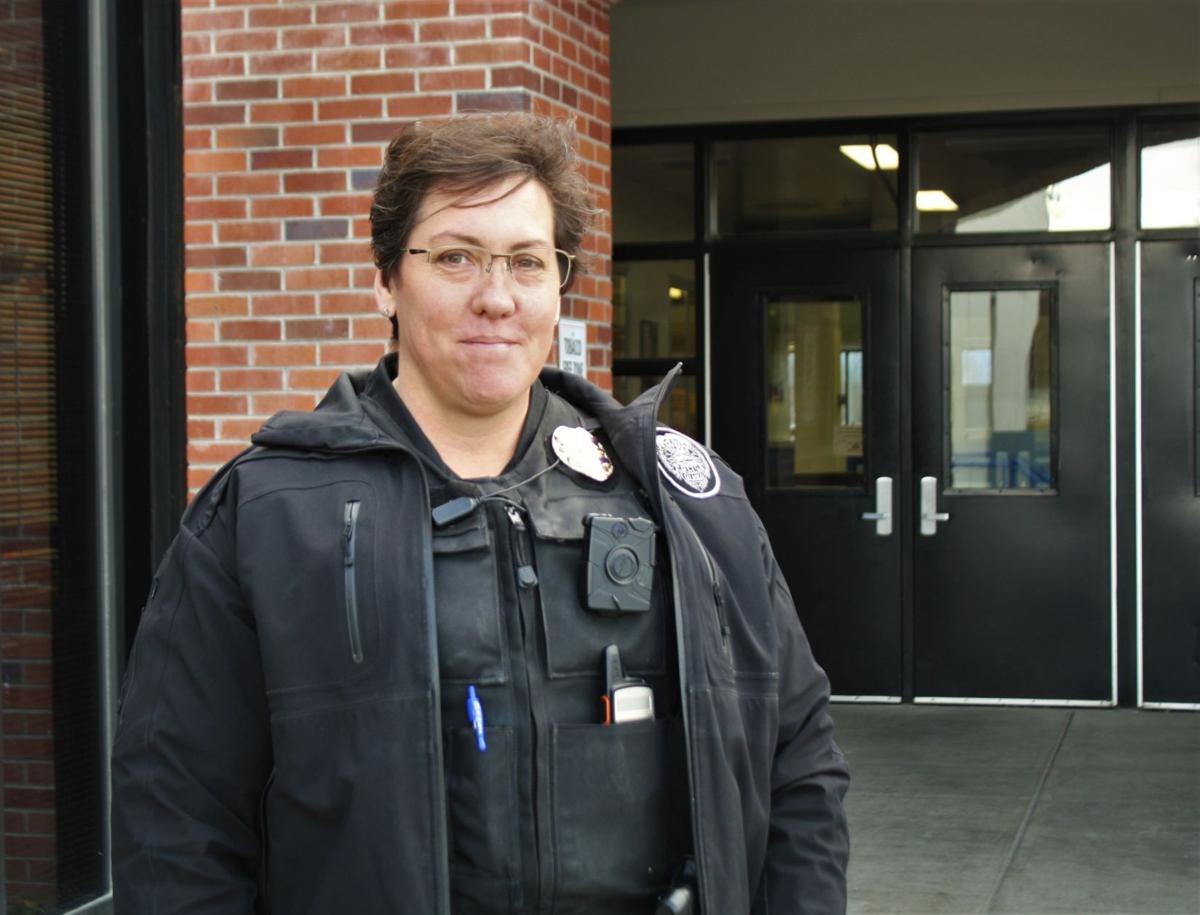 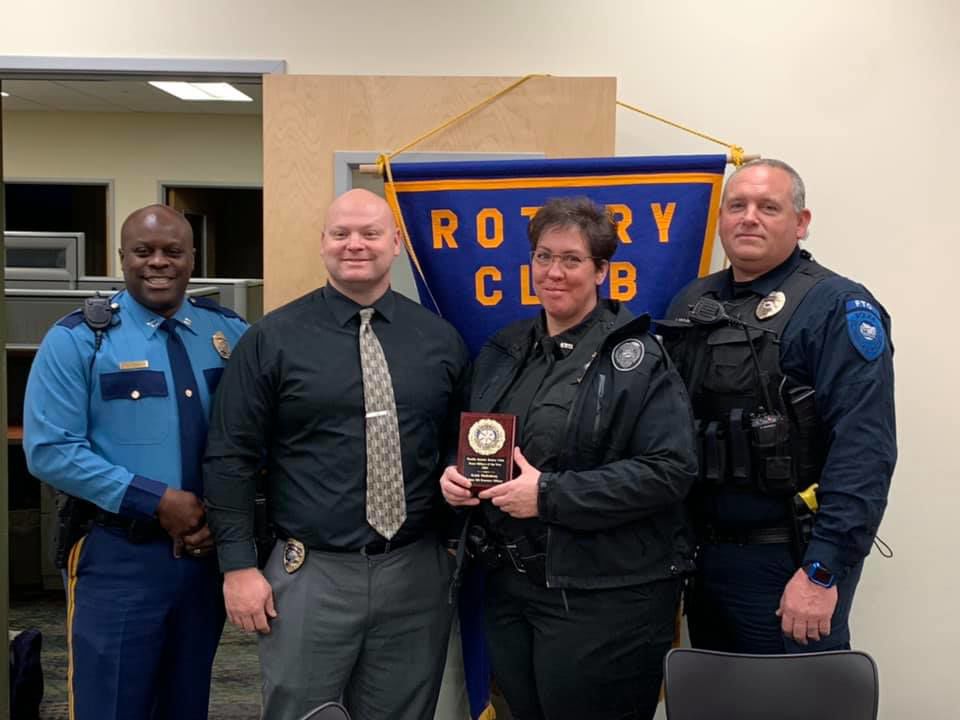 Kristi Muilenburg stands with local law enforcement representatives after receiving the 2019 Officer of the Year award from the Wasilla Sunrise Rotary.

Kristi Muilenburg stands with local law enforcement representatives after receiving the 2019 Officer of the Year award from the Wasilla Sunrise Rotary.

“She certainly has made our campus a much safer place,” PHS principal Paul Reid said. “The important part of that is the kids feel that way because she’s approachable.”

Muilenburg was named the Police Officer of the Year by the Wasilla Sunrise Rotary in October.

“Thank you, Kristi, for all of your hard work in keeping our kids and our community safe,” Wasilla Sunrise Rotary stated on their Facebook page.

“I know it’s terrible to say but I’m actually embarrassed to get an award, because everybody I work with works really hard and does everything to make a positive difference,” Muilenburg said.

Muilenburg said that she spends most of her time at the school, talking to students and staff. On Oct. 22, she made her way to her office, after exchanging pleasantries with a group of teachers.

“I’ve been in law enforcement forever, and I never thought that I would befriend a bunch of teachers,” Muilenburg said.

Muilenburg and the teachers shared several laughs and spoke well of each other, which is a fairly common occurrence on the grounds. She marveled at how their two very different worlds, education and law enforcement collided in such a symbiotic way.

“They’re my best friends and I love ‘em,” Muilenburg said.

Reid lauded the relationship Muilenburg has with the Palmer High staff.

“She’s just the perfect fit… We work really closely with each other,” Reid said.

Reid said that Muilenburg tackles student issues that would normally prompt them to call in outside resources and/or local law enforcement for assistance.

“To have her in the building just really streamlines our level of care and service for our students,” Reid said.

“Looking back, I think we had a fantastic year last year,” Muilenburg said.

She said that the environment is way different than a typical cop beat. It’s a way more positive and happy workplace, she said.

“It really is the best kept secret [for law enforcement jobs],” Muilenburg said. “I love our kids here.”

Muilenburg’s career in law enforcement began in 1997 with the Wasilla Police Department as a reserve officer. She switched to fulltime on the WPD beat in 1999. She was hired by PPD in 2012 and has since worked as a patrol officer and detective.

She spends a lot of her time giving presentations at the local schools, covering a wide range of topics. From bullying and digital citizenship to vaping and drugs, she spends countless hours fostering a prevention mindset in the community.

“Who knows how many crimes we’ve prevented… Education is huge,” Muilenburg said.

Muilenburg is one of several SRO’s in the Matanuska Susitna Borough School District. She said that she loves her job and feels like her fellow SRO’s are doing important work in the community.

“I think they’re a fantastic resource in a school setting,” Muilenburg said.