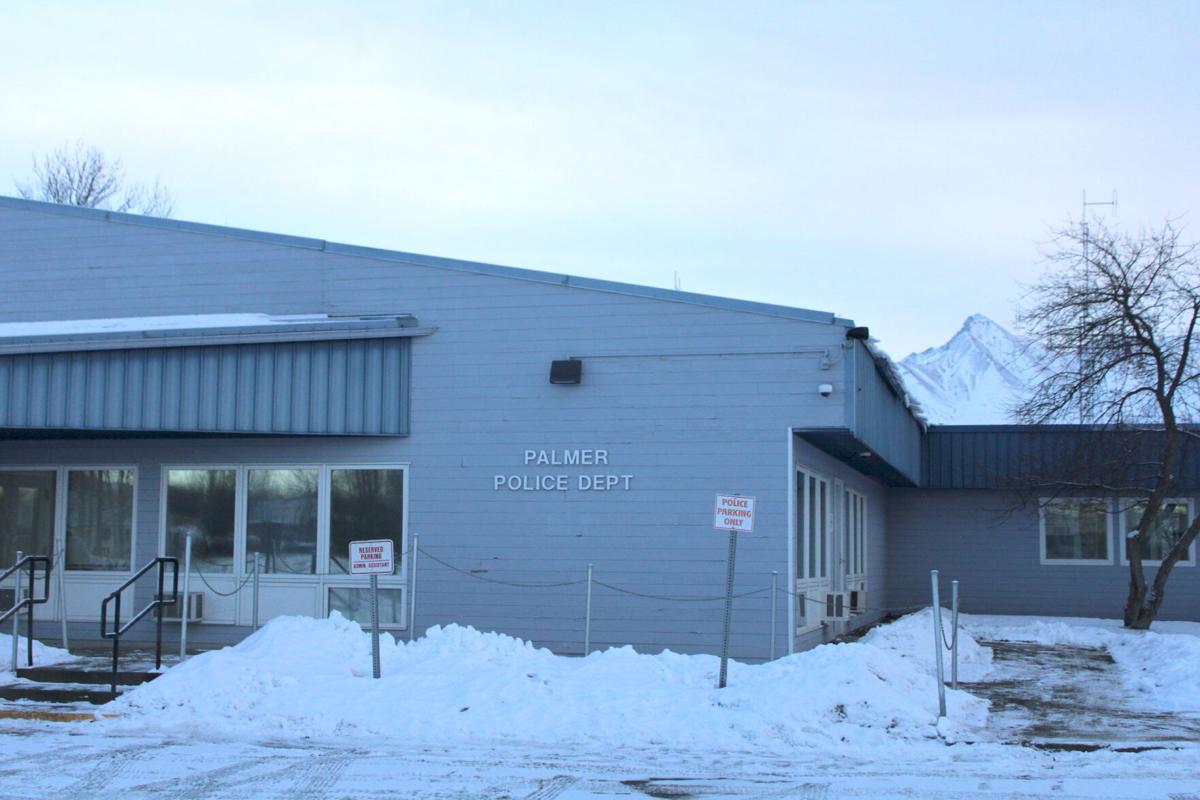 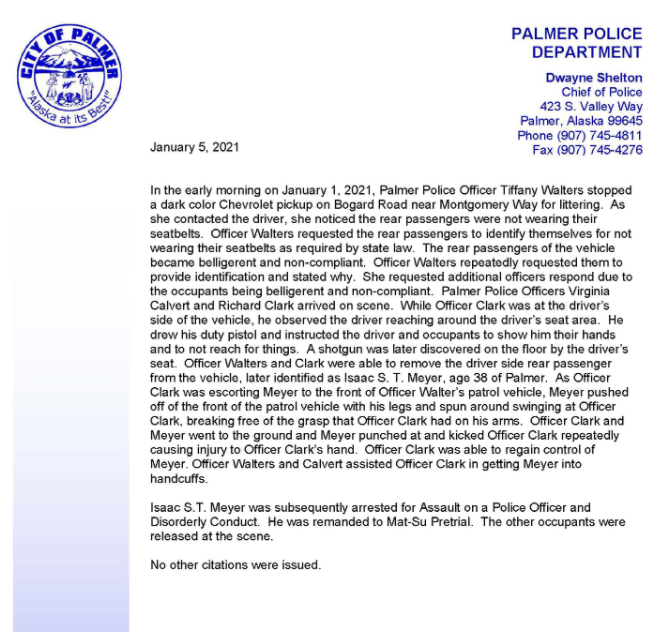 PALMER — The Palmer Police Department has issued a press release concerning the arrest of 38-year-old Isaac Meyer following a traffic stop near the intersection of Bogard Road and Montgomery Way on New Year’s Eve.

Meyer was charged with fourth-degree assault on a law enforcement officer and disorderly conduct, a Class A and Class B misdemeanor for his altercation with police officers after refusing to comply with PPD requests, according to the press release. PPD officer Tiffany Walters initiated the traffic stop on a Chevrolet pickup on New Year’s Eve for littering.

Meyer was arraigned at 10 a.m. on Jan. 1. Meyer made bail on Jan. 2 and his next court appearance will be on Feb. 1 in front of District Court Judge Shawn Trani for a pre-trial conference.

A video recorded by passengers in the vehicle was posted to Facebook on Jan. 2 and roughly a dozen Palmer residents went to the Palmer Police Department on South Valley Way to protest the actions of PPD officers on Jan. 3.

According to the press release issued by Shelton, as Officers Calvert and Clark arrived to assist Officer Walters in obtaining identification from passengers of the Chevrolet pickup, Clark observed passengers moving around in the vehicle, drew his service weapon and instructed the driver and occupants of the vehicle to show their hands and not to reach for things. PPD reports that on the floor of the driver’s side of the vehicle, a shotgun was found.

Meyer had not been convicted of any crimes in over 10 years prior to his arrest on New Year’s Day. In January of 2007, Meyer was charged with misconduct involving weapons in the fourth degree for possession of a firearm while intoxicated in Anchorage. Meyer was also charged with assault in 2005.