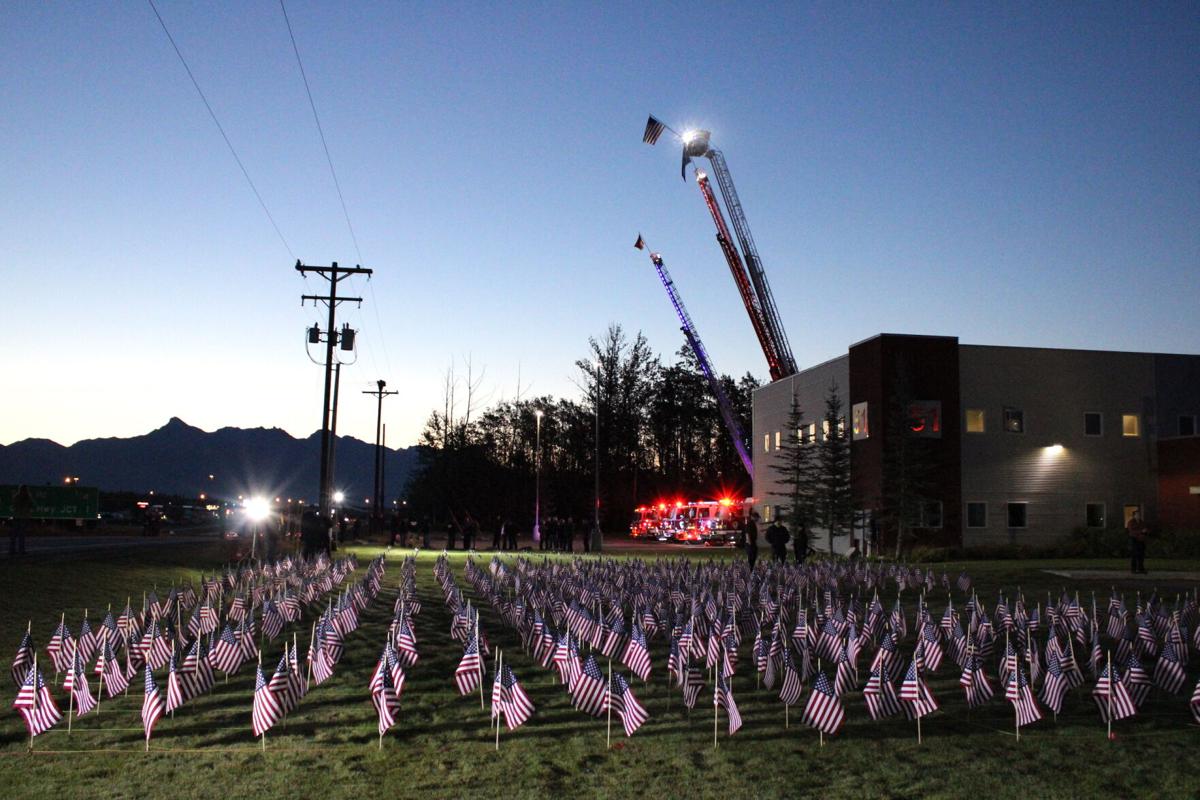 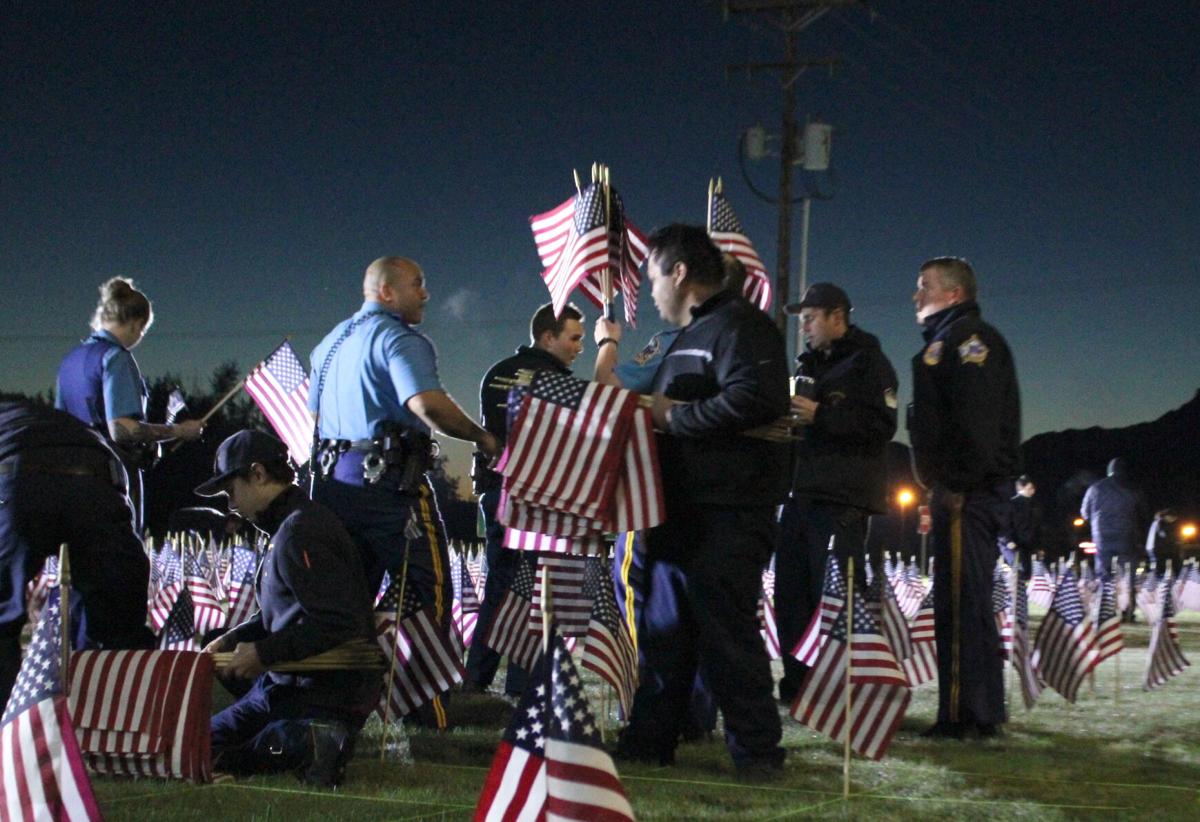 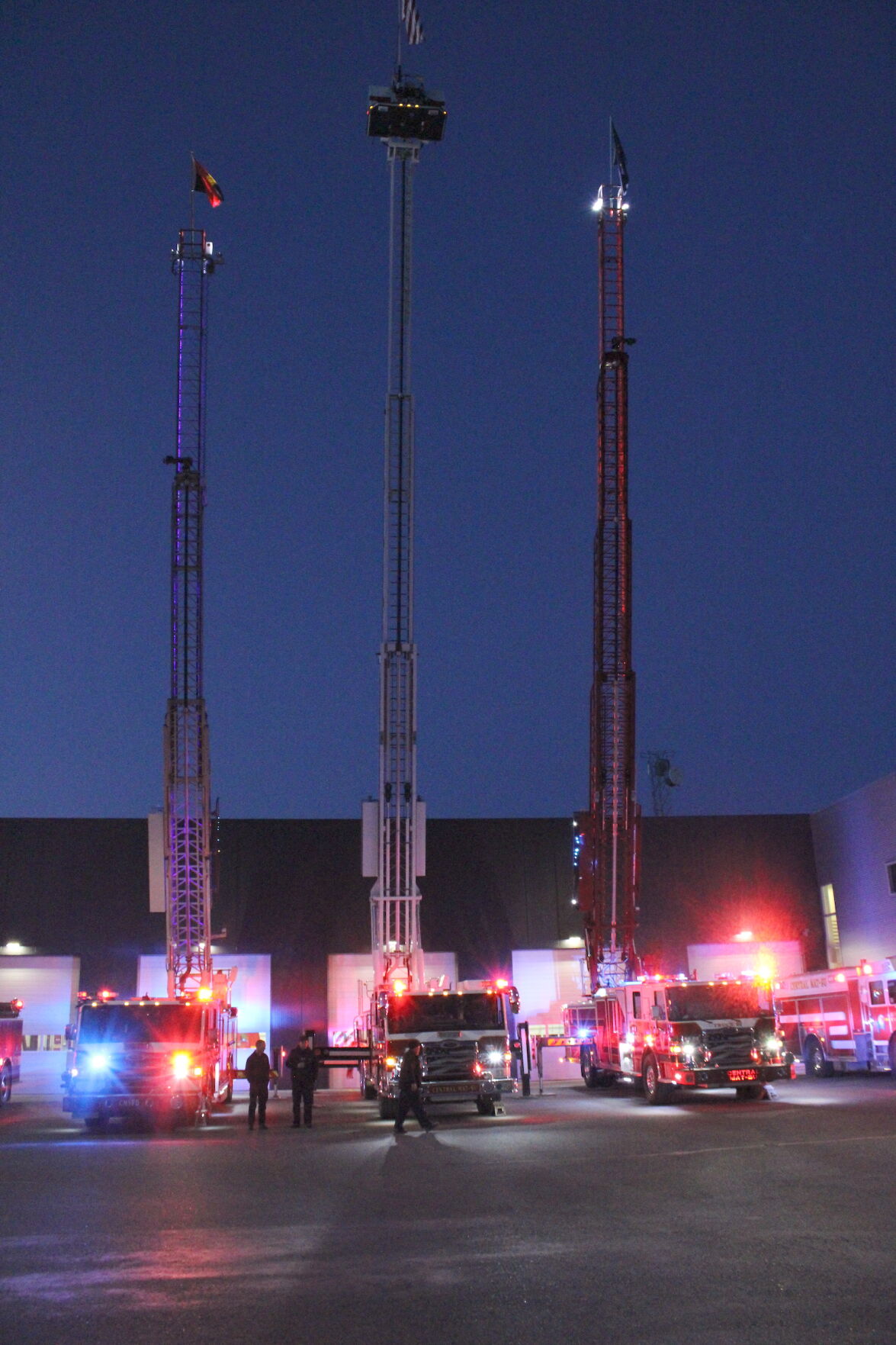 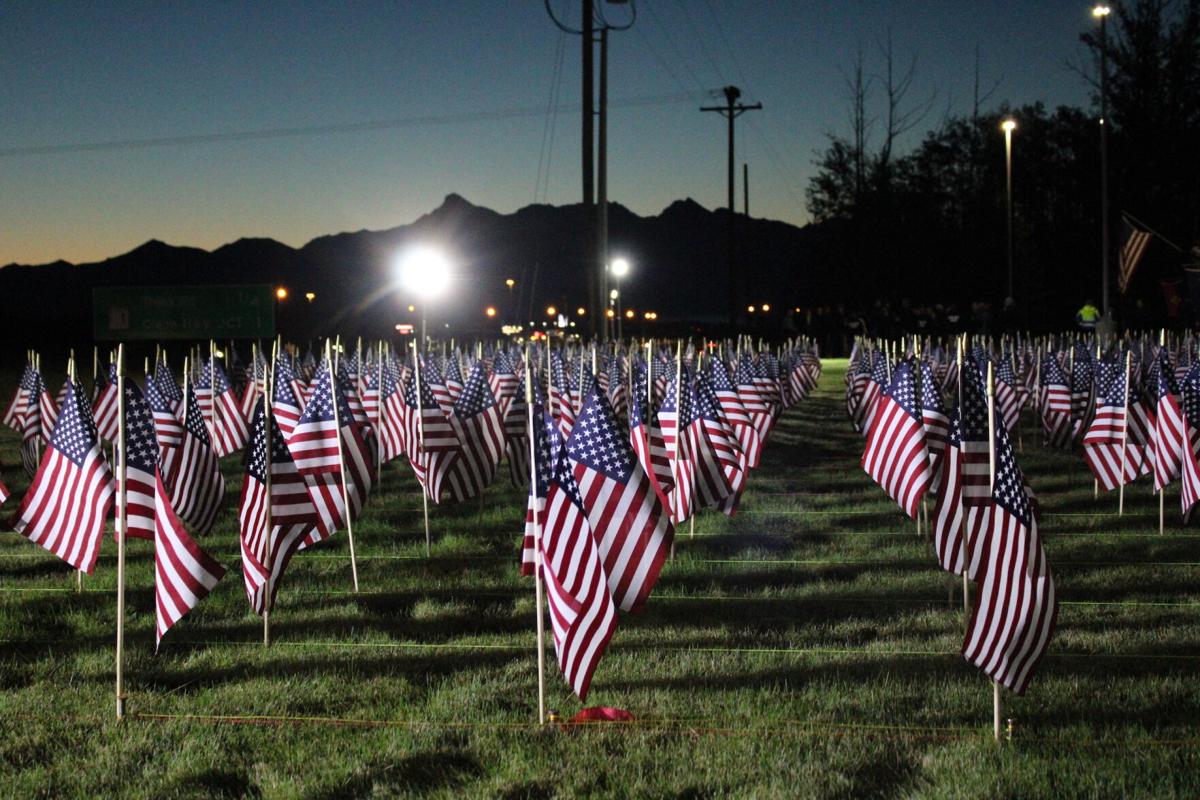 A total of 500 flags were planted by first responders Friday morning on Patriot Day.

A total of 500 flags were planted by first responders Friday morning on Patriot Day.

WASILLA — At 5:30 a.m. on Friday, over two dozen firefighters, Alaska State Troopers and police officers gathered at Mat-Su Fire Station 5-1 along the Parks Highway to plant 500 American flags in remembrance of the attack on the World Trade Center Towers 19 years ago today.

“With everything going on made it even more important for us to gather today to remember and recognize the sacrifices made and I think for everybody here, all the other sacrifices being made with the pandemic response and as we sit here right now and freezing our butts off there are firefighters on the west coast,” said Central Mat-Su Fire Chief Michael Keenan. “It’s a bad fire season down there so a lot of our firefighters from Alaska are down there right now so we’re thinking of them.”

Starting at about 5:30, the dozens of local first responders gathered to lay flags across the lawn at station 5-1 for each of their fallen service men and women who died as a result of the attacks in New York City on September 11, 2001. Local firefighters and law enforcement members placed 343 flags for each firefighter that died 19 years ago and 226 for the firefighters who died from health effects suffered that day. A total of 70 flags were laid for police officers who died 19 years ago and over 200 police officers have died as a result of the attacks since.

“The reason we do this is so that we remind everyone especially in our hearts because of all the firefighters that died but a lot of people made sacrifices and the other thing that we want to recognize is our military. They’re still out there fighting the fight so we want to recognize them too,” said Keenan.

After placing flags on a brisk morning where the breaths of the firefighters and police officers was visible in the flood light they worked beneath, those that had gathered held two moments of silence. Under the faint first sunlight stretching over Matanuska Peak, the first moment of silence coincided with the exact time that the North Tower fell at 5:59 a.m. and the second moment of silence was held at 6:28 a.m. Following the solemn moment in remembrance of the over 500 police officers and firefighters who died from serving that day, three flags were triumphantly raised in the air.

Passing commuters honked their horns seeing the American flag raised on top of a fire engine over 100 feet in the air. Using three fire truck ladders, the Alaskan flag was slightly shorter on the west side and the line of duty death flag was raised 75 feet high on the east side. The Mat-Su Fire Department has held a Patriot Day ceremony at the main fire station for each of the last 19 years but were joined by Police for the first time and gathered for the first time at Station 5-1 adjacent to the Parks Highway to raise the flags and remember fallen heroes.

“For the fire service, the significance is how many firefighters died in the line of duty that day. So for us as a fire department we do it at this time of morning because this is when those firefighters died,” said Keenan. “It’s to recognize their sacrifice, to reaffirm our commitment to the job and just make sure that everybody remembers, that you never forget.”