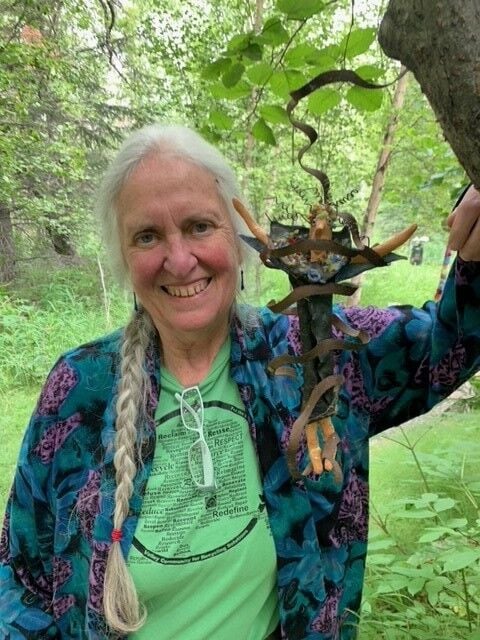 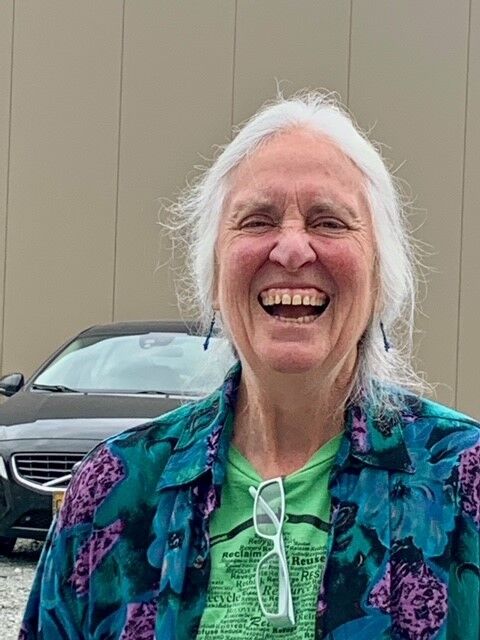 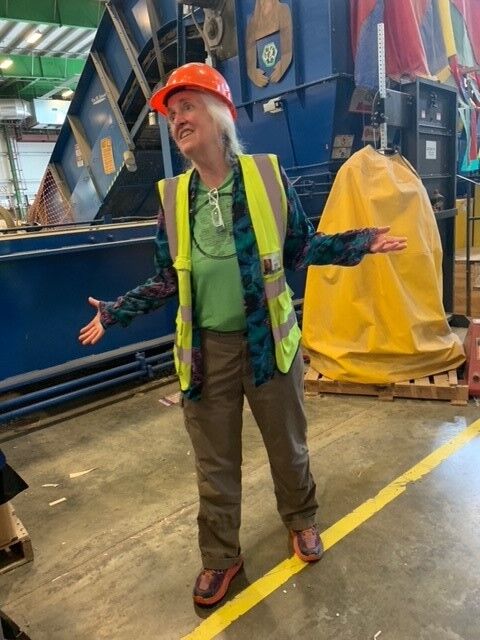 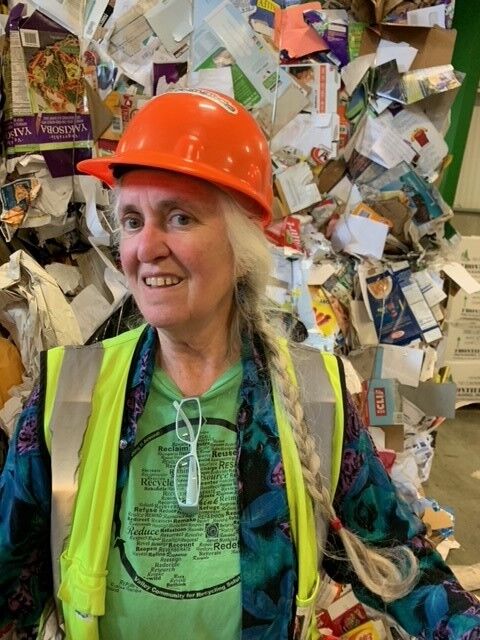 Those close to Boyer said her “bigger than life” personality and countless contributions to the Valley’s sole recycling center and surrounding community left a lasting and positive impact felt statewide and even the national level.

“Her legacy as a woman leader in Alaska should not be forgotten,” VCRS Executive Director Steve Brown said.

Brown said that he took on Mollie’s mantle after her diagnosis in the summer of 2019. Brown said the cancer started in her lungs and quickly spread to her other organs.

Brown and others have credited Boyer as the driving force behind the center’s evolution from a small grassroots movement to a full-fledged facility widely utilized by locals. Brown said their drive thru station is lovingly called “Boyer’s Foyer” by staff and volunteers. He noted that they plan to make some sort of formal dedication to the drive thru later on.

“This was Mollie’s life. The recycling center was her life,” Brown said.

To the end, Boyer’s dedication to the cause was evident. She left her home and property to the center in her will. Brown said when the lot is eventually sold, the remaining proceeds will go toward a special savings account called the Sustain Campaign, a sort of “rainy day of fund” meant to help the center during times of financial hardship.

“That’s how much this organization meant to her,” Brown said. “In a pinch it’s a good emergency fund… Stuff breaks… That was her brain child… That’s just one small example. She’s been a real leader in recycling, not just in the Valley but statewide.”

According to Brown, VCRS has been around for more than 22 years. It’s current location near the Palmer Landfill is the result of Boyer and her army of staff volunteers’ countless efforts chasing a dream for a greener and more livable world, one recycled item at a time.

VCRS has been operating from its current location for the last 10 years. Brown said that Boyer’s ashes will be spread numerous places, including the recycling center grounds.

“She took it all the way from a little grassroots organization, I mean she didn’t do it by herself, but she was definitely the force behind it, all the way into this [27,000 sq. ft.] modern, industrial processing plant that we have today. Her legacy is huge. With each move and step up… she was at the very center, all the way through,” Brown said.

Brown said Boyer also helped other communities across the state develop recycling programs. She also was heavily involved as a lobbyist who advocated for recycling measures to Borough officials and state legislatures alike.

“She was so single mindedly focused in all this work,” Brown said. “I think for sure it was infectious, and her supporters followed her lead. Just to have 400 volunteers come just to help your organization. I think that says something right there.”

Brown has known Boyer for more than 20 years. He said that she presided over his wedding. He said that he’s going to miss her laugh and witnessing her undaunted passion and drive to do what’s right for the earth.

“Just a kind, caring human being who wanted the world to be a better place to live,” Brown said. “It wasn’t about Mollie. It was about the mission, and she never lost focus of that.”

Brown pointed out that VCRS was able to remain open as an essential service during the initial quarantine period and has remained open with plenty of use from the community. He said that Boyer was able to see a thriving, multi faceted facility humming along before she died.

“I know it made her happy,” Brown said. “And to keep it going, she’s smiling above us,”

Longtime VCRS board member Randi Perlman said that Boyer was a mentor to many who inspired people to go above and beyond for the “greater good.”

“She was bigger than life... a free spirit,” Perlman said. “She totally believed in the greater good.”

Perlman pointed out that the VCRS offers more than recycling solutions. It’s also an educational hub that’s historically housed an array of events and activities ranging from arts and crafts projects to live concerts and ecological science workshops. There’s even a full-fledged book store downstairs.

“It’s not just a recycling center. There’s a lot going on there,” Perlman said. “ She left an unbelievable legacy of caring, passion, and belief not only in her mission but the citizens... to take care of the planet. I want people to understand she was a Pioneer, an Alaskan Pioneer... example of women taking leadership roles in the community… Her spirit will always be part of the Valley... and really part of Alaska... We wouldn’t have a recycling center like we do now without her. We are all better off because of her.”

The Recycle Revival is moving to a virtual model this year, due to COVID-19. The event will be live streamed via Facebook Live Dec. 5, featuring artists like Portugal. The Man, Hobo Jim, and Emma Hill.

“People will dance in a virtual way to her spirit,” Perlman said.

Recycle ♻️ Revival 2020, dedicated to Mollie Boyer, will actually be live-streamed on Dec. 5th, not the 4th. Otherwise this is a great story and tribute to our former director.