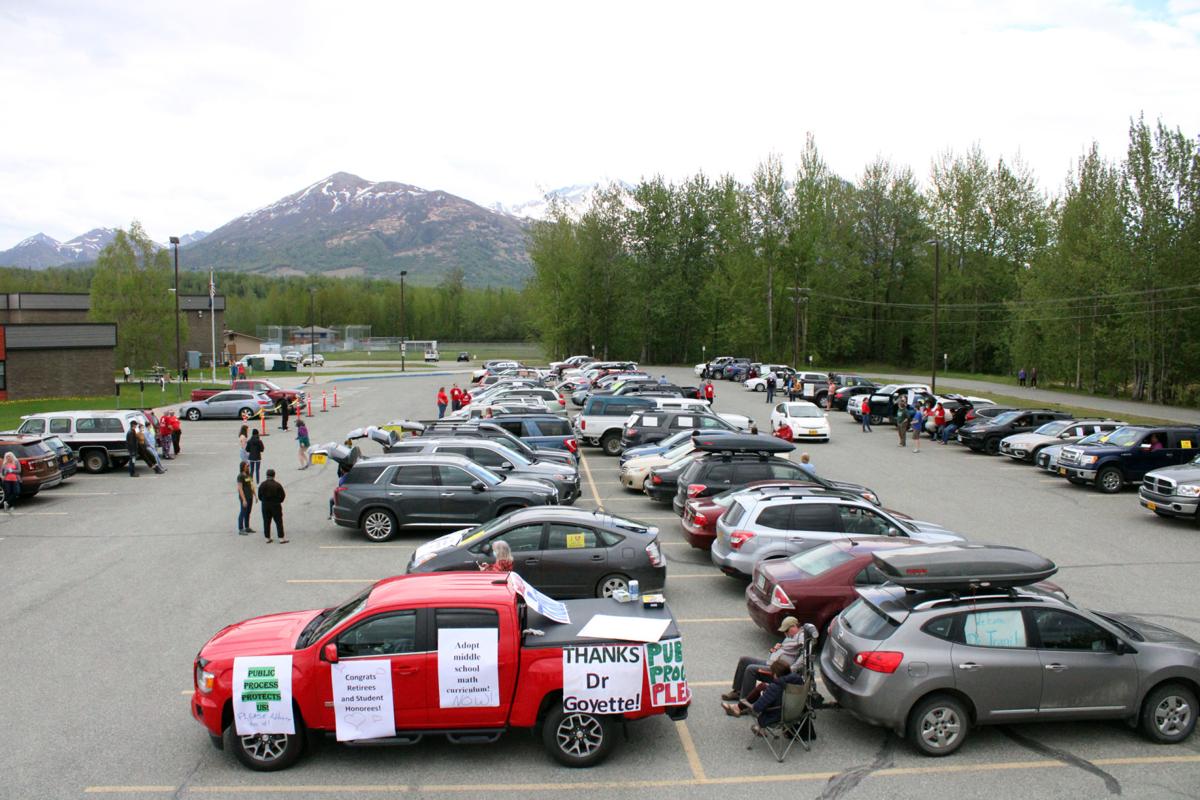 Dozens of students, educators and residents packed the Mat-Su Borough School District office building parking lot and more than 80 vehicles were present before the school board meeting began 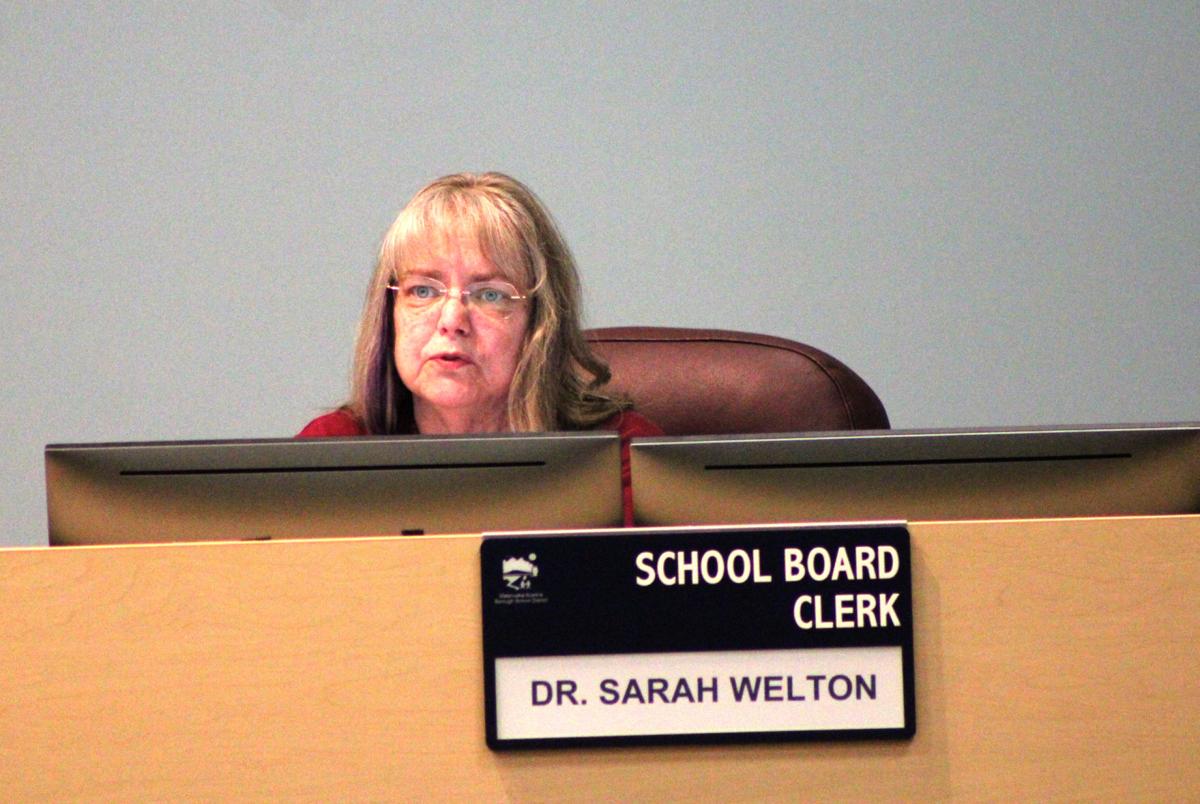 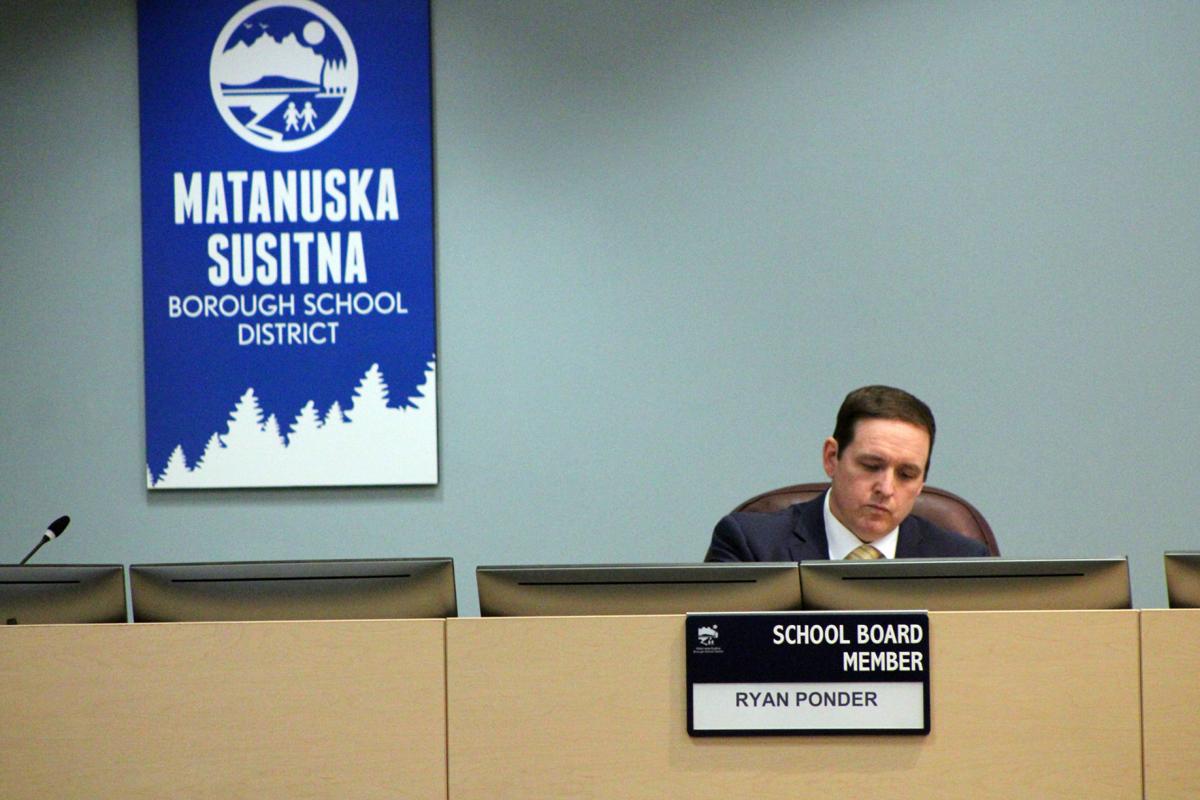 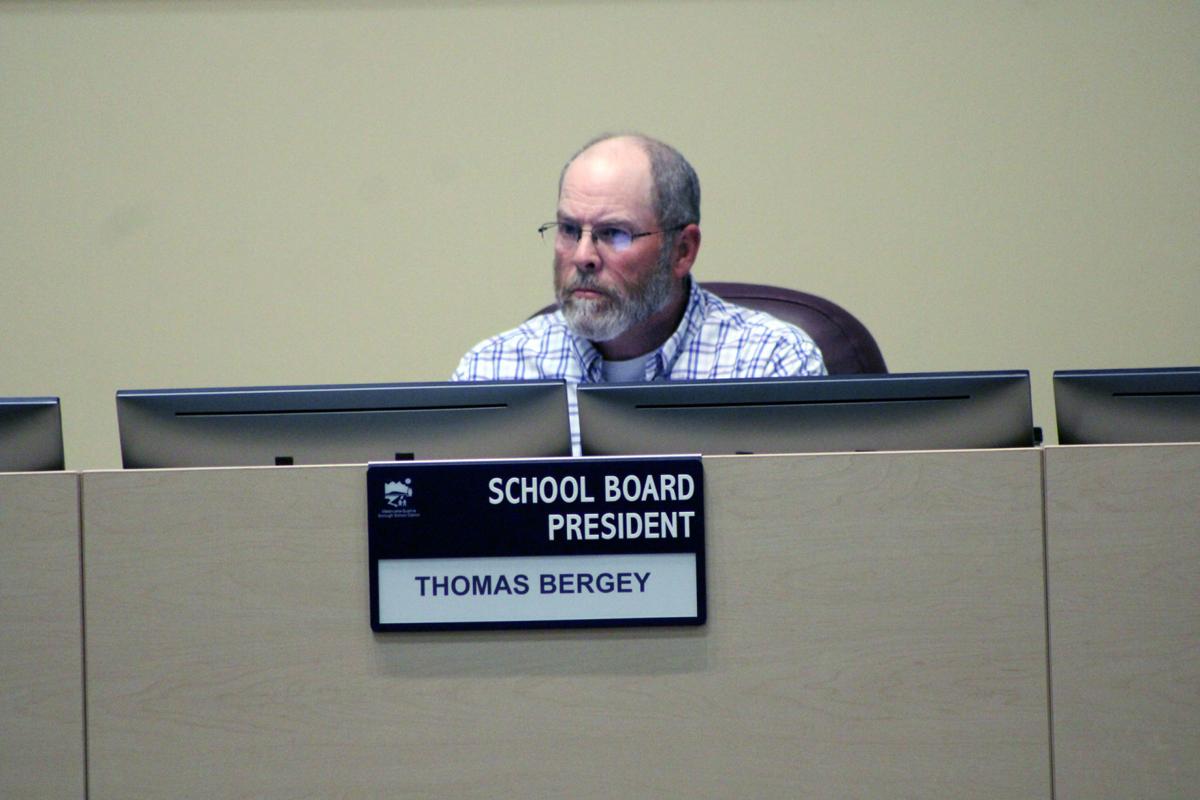 Dozens of students, educators and residents packed the Mat-Su Borough School District office building parking lot and more than 80 vehicles were present before the school board meeting began

PALMER — Since the Mat-Su Borough School Board’s 5-2 vote on April 22 to amend high school English elective curriculum that removed five books and the New York Times Learning Network from the approved reading list, tensions have run high during emotional discussions about the action. On Wednesday, before the school board voted 6-1 to rescind its action, emotions reached a fever pitch.

“This is one of the most banned books, and I mean banned, removed books in the country and precisely for this content. This book in the hands of minors, is that appropriate? This is a question of propriety,” said Mat-Su School Board Member Jim Hart. “We’re talking about propriety for sexual content in front of minors. We have other literature available. I think we can use it.”

On April 22, Hart’s justification for wanting to vote to remove the list of five controversial books was that if he had read explicit portions of the books out loud in his place of work, he would receive an Equal Employment Opportunity sanction. Hart noted that he would not even be permitted to read explicit portions of the books at the school board meeting. On Wednesday, Hart did just that, reading a portion depicting sexual abuse of a minor from the pages of Maya Angelou’s “I Know Why the Caged Bird Sings.”

“I am deeply offended by that,” said MSBSD Superintendent Dr. Monica Goyette. “That is not sexual content that is rape of a child. A teacher would’ve prefaced that section talking about rape as a child … It was an unnecessary insult.”

“I read it heartfelt ma’am, and I also said it was tragic. I did. This is a question of propriety,” Hart said. “That particular text as I read it, I don’t know how you can be offended by it, as I read it.”

“No. It was for the record so people knew exactly what we were referring to. It was perfectly legitimate,” he said.

After lengthy discussion on Wednesday, the Mat-Su Borough School Board voted 6-1 to rescind their April 22 amendment, board member Ryan Ponder was the only school board member to vote against rescinding the motion. Following the vote to rescind the motion, board member Ole Larson moved to table the vote on the motion as a whole until May 19, 2021, which passed unanimously. The vote to rescind their amendment of the English electives reading list came after the board heard more than three hours of public testimony on the action at their last meeting on May 6, but did not take a vote and adjourned before 10 p.m. Of the 58 people who called in to provide spirited testimony at the board’s meeting on May 6, 48 of the testifiers asked the board to rescind their curriculum change. On Wednesday, Goyette noted that the Alaska Safe Children’s Act requires Alaska School Districts to provide sexual abuse and sexual assault awareness to children in grades K-12 as part of Erin’s Law and provide dating violence education as part of Bree’s Law.

Mat-Su School Board President Tom Bergey began the discussion which did not allow for continuing public comment by thanking the Mat-Su Educators Association for their suggestions. Bergey then read Board Policy 13.12.2 stating that, “the board’s decision in any case will be based on educational suitability and will not be influenced by the desire to suppress information or deny students access to ideas with which the board disagrees.”

Bergey followed by reading Alaska Statute that states that local school boards shall promote parent involvement in school district education programs and include procedures. Bergey concluded by saying that the school board was acting in violation of state statute.

“This has been worked on by myself and district legal counsel for the last week so we do need to rescind this because this item was brought to us with our board policies not in compliance with Alaska statute 14.03.016,” said Bergey.

While members of the public were not permitted inside the school district office building during the meeting, dozens of students, educators and residents packed the MSBSD office building parking lot and more than 80 vehicles were present before the meeting began. Denile Ault helped organize the parking lot protest and many of the nine members of the public who chose to offer their testimony called in from the parking lot.

“In the parking lot protest walking through, there was a number of signs that indicated that we had banned these books. These books have not been banned. Again what does the narrative say? The narrative says on media nationwide, Alaska school bans classics. They pulled the books from the list of approved works, again there was no curriculum prior to April 22,” said Ponder. “The school board did not ban the five books not listed on the recommended reading list just as the curriculum council did not ban the hundreds of books left off their proposed list. The books can be read in the classroom. The books maintain their position in the library and they have, the board took no action on any of those things. I think with the narrative and the facts the facts don’t warrant a need to rescind my vote will be no.”

Board member Sarah Welton’s motion to rescind was not up for a second period of public comment. At the April 22 meeting where the school board initially removed the curriculum from high school classrooms, no members of the public called in to testify.

Following Bergey’s lead, board member Kelsey Trimmer also read both Board Policy and Alaska State Statute. Trimmer clarified that a vote to rescind did not mean the curriculum would be reintroduced until the board had a chance to review their own policies, but felt that the original amendment changed the intent of the motion and was out of order. Trimmer read Board Policy 9200 which stated that all members were obligated to study all materials presented prior to the meeting, and not involve any partisan principal in their decisions.

“The reason I read that, for me is that partisan principal sticks out and I’m not calling out any member of the board but from the public’s perception, the board if you follow the social media and things, the board is looked at as a partisan group and it is not meant to be a partisan group,” said Trimmer. “This is an nonpartisan board and the reason I state that for the record is because people need to hear that and understand that this board is not here for politics, partisanship, it is here for children and to educate children and so partisanship should be left out of that”

Bergey said that independent consultation with the school district’s legal counsel did not require that the board vote to rescind their motion, but he recommended it.

“It does open a can of worms that we do have to align our board policy with the state statute before we press on and that was legal counsel’s guidance to me today,” said Bergey.

Ponder was yet unconvinced, and asked if the legal counsel that had been delivered to Bergey had been uploaded to BoardDocs.

“Wouldn’t be the first time I’ve heard that legal counsel said something that then six, eight, 10 months later we come back and say well that wasn’t really what was said, multiple times sitting on the board I’ve heard ‘legal counsel said’ and without anything before us if that was your interpretation of legal counsel then that’s fine, but I don’t know how we’re supposed to base a decision off of something that you’re saying is what legal counsel indicated,” said Ponder. “Again we go off a narrative that’s a problem we’re not operating off of facts here.”

After Welton’s motion to rescind passed 6-1, Larson’s motion to table the curriculum list as a whole until May 19, 2021, was so that the board could have time to adequately address the many concerns brought forward during the board discussion to include the board’s process for selecting curriculum. The motion to postpone the main motion until next spring passed unanimously.