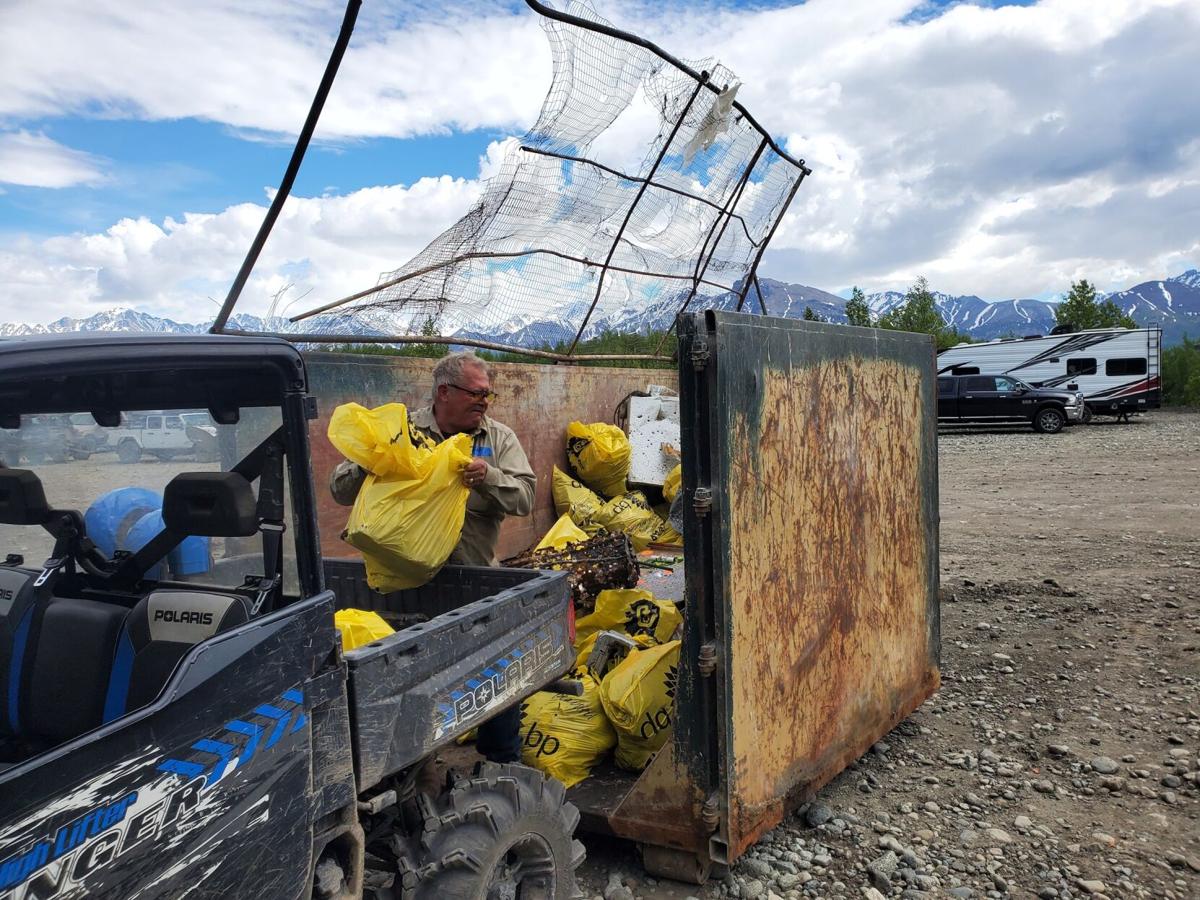 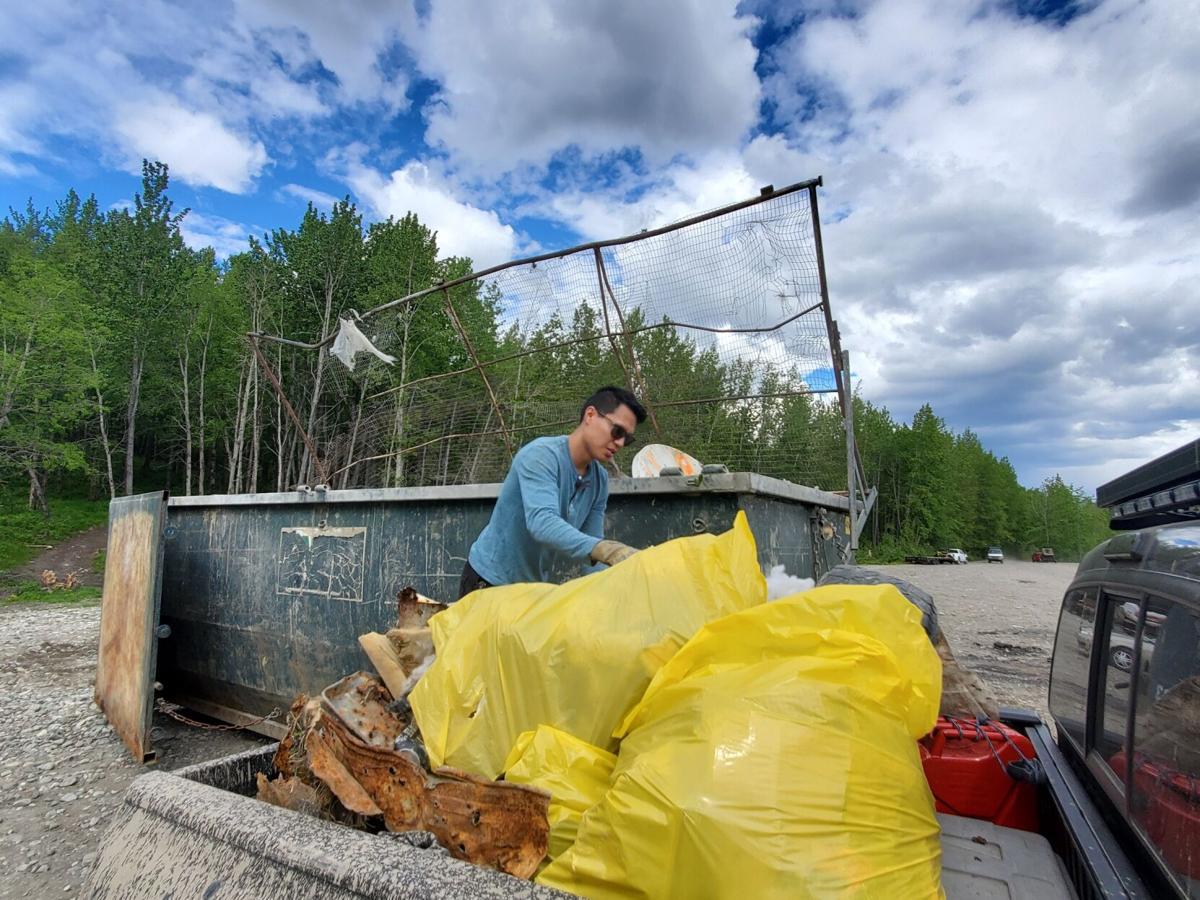 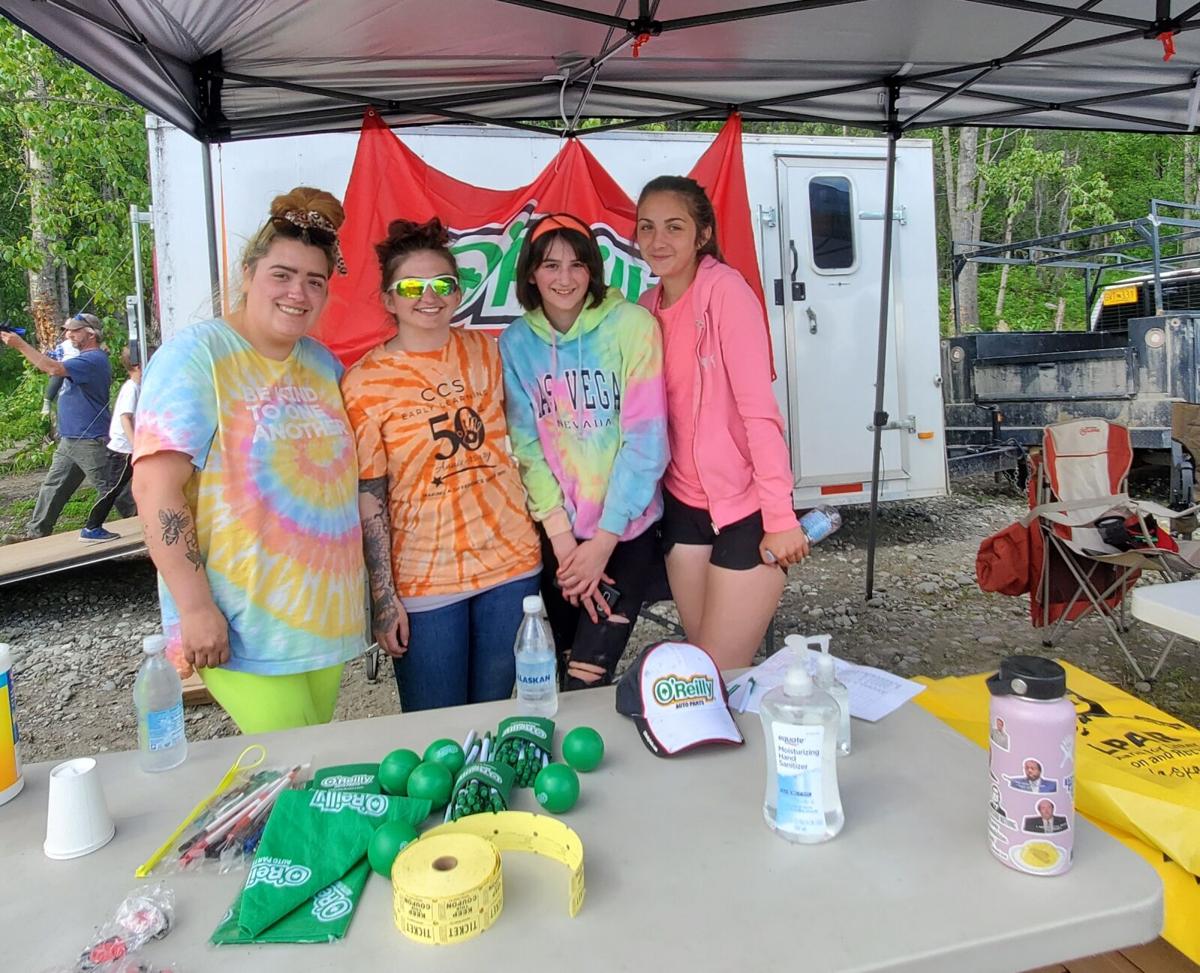 SUTTON — Numerous individuals, families, and local groups banded together to clean up the Jonesville Public Use Area June 5.

Around 120 adults plus accompanying children helped clean up around the area, according to Alaska Offroaders Anonymous President Cory Peterson.

“We had a great turnout,” Peterson said.

Peterson said numerous volunteers from the community were joined by groups like his, offering free food and prizes for their efforts.

“Everybody kinda pitched in,” Peterson said. “After the year that we had with everybody, it’s quite amazing how we came together and what we put together.”

Volunteers removed trash and debris across the recreation site, loading large, yellow bags into trucks and ATVs, filling two dumpsters worth by the end of the day. Peterson said this cleanup event has been going on for many years, eventually evolving into a more organized process with community groups participating over the last five years.

“This is what we need. This is how we’re gonna keep our trails open. We need to maintain and respect them. If we’re not teaching that to the next generation, we can’t expect these trails to be open for them,” Peterson said.

About a half-dozen abandoned cars were recovered over the course of the day. Local volunteer Michael Jones said the unfortunate truth of the matter is the fact that a large volume of trash and debris will quickly find its way back into the area.

Jones said that he lives right down the street, and he’s been cleaning up Jonesville for at least 10 years. He said that the ability for people to enjoy the area comes from volunteering efforts like his and countless others who’ve invested their own time and resources to preserve the area for everyone’s enjoyment.

“People can actually camp over there now,” Jones said.

Mat-Su Trails Council Inc President, Scott Lapiene said the ability to use an excavator to pack down the trash made an irreplaceable difference, easily doubling the total amount of trash recovered from the area.

Lapiene said this annual cleanup is a great opportunity to raise awareness and educate the public about the growing movement to push legislation to establish a more regulated and developed area to recreate, modeling their efforts after the Knik River Public Use Area.

Lapiene said they filled bag after bag full of shotgun shells, by far the most common item discarded out there. He said it further motivates them to follow Knik’s example, hoping to establish a shooting range in Jonesville along with other amenities and general management.

Chris Spitzer, Sutton Community Council said the lack of management makes it difficult to keep the area clean, and they’re going to need all the community involvement they can get to push the process forward.

“It’s a long process… We have to keep showing we want the area. In time, it will come,” Spitzer said. “The wild west doesn’t work out here.”