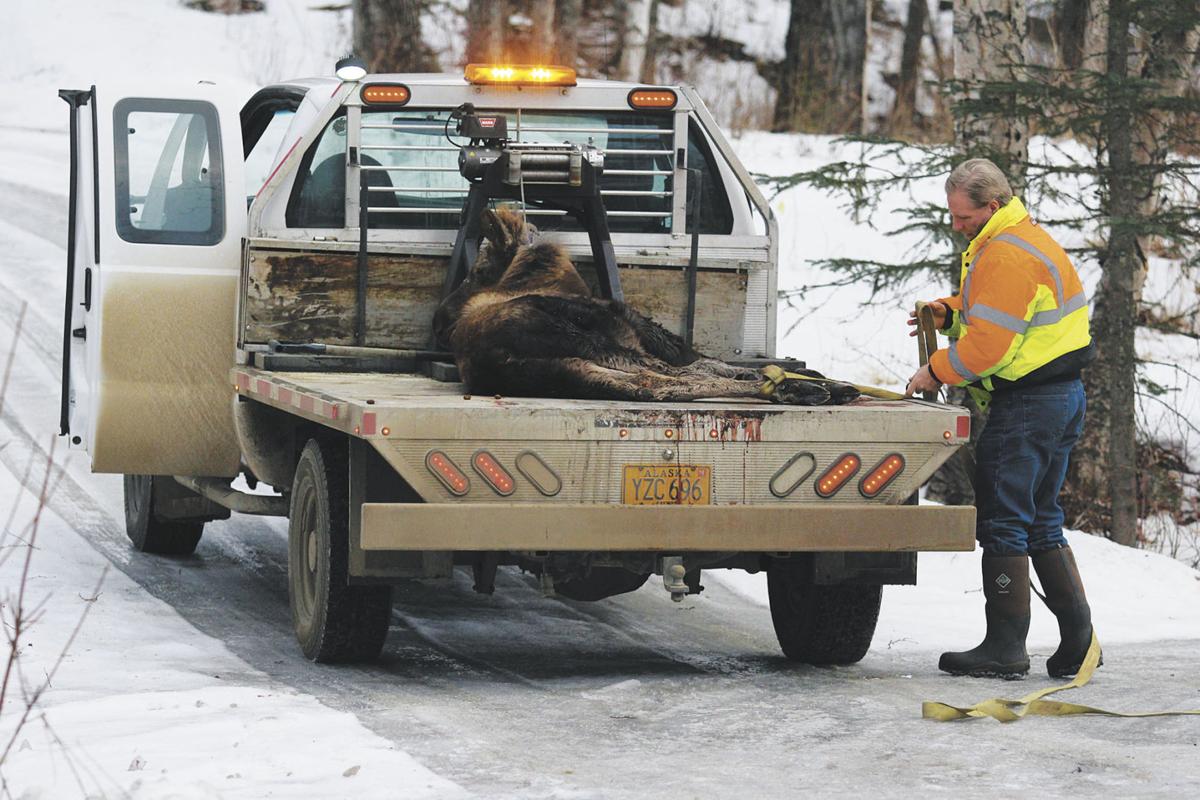 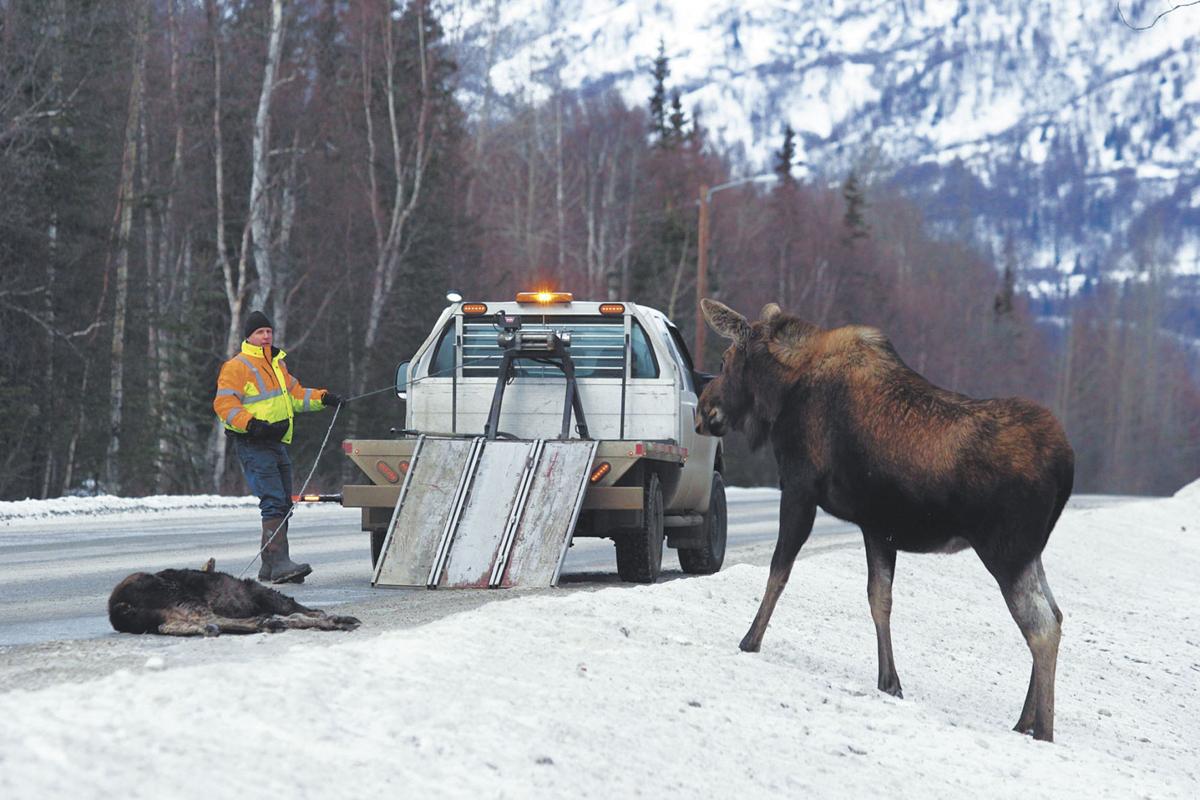 Don Dyer keeps an eye on a cow moose while he prepares to load up her calf on Palmer-Fishhook Road in December 2015.

Don Dyer keeps an eye on a cow moose while he prepares to load up her calf on Palmer-Fishhook Road in December 2015.

WASILLA — Moose-vehicle collisions in the Mat-Su are nothing uncommon.  In a majority of those accidents, the moose comes out the loser. For some nine years now, the Alaska Moose Federation (AMF), based out of Palmer, has been the go-to for quickly getting removing moose road-kill and in most cases, getting its meat to those in need. However, a change in federal funding guidelines has made that more difficult for the nonprofit agency.

Don Dyer, AMF executive director, said since March 1, AMF is no longer the first called when a moose carcass needs to be removed from Southcentral roadways. Since Dyer has been at the helm, he said a majority of AMF funding came from federal highway funds channeled through the Alaska Department of Transportation.

About a year ago, Dyer said he received word that a change was in the wind. New guidelines stipulated those funds could only be utilized for infrastructure projects. AMF received a March 1 letter from the Alaska Department of Transportation and Public Facilities stating its contract had been fulfilled.

"We had a three-year renewable contract...the state notified me about a year ago (of the change)," Dyer said. He said unused fiscal year 2016 funds were rolled over allowing AMF to continue operating. Those dollars ran out the end of February. "We do have other revenue streams."

"Wildlife troopers are in charge of road-kill. They told us we have to have a contract," Dyer said, adding AMF is currently talking with state officials concerning the snafu. Dyer didn't want to say who those officials were but added he remains confident a solution will be forthcoming. In the meantime, when a motorist calls 911 following a collision with a moose, bear, caribou or any other of Alaska's large mammals, the process has reverted back to before AMF days.

Dyer said if a motorist wants to salvage the meat, they can do so. If he or she requests assistance, the dispatcher could be tied up going down a list of charities with people available to respond to the accident scene. Dyer said by charities, he's referring to either a listed charity group, or a group of at least three families that have signed up with the AST salvage program.

Getting road-kill, especially large mammals like moose, safely off the highway used to be a process that could take hours. In 2008, AMF and the state of Alaska agreed that AMF personnel would take over the process. Shortly afterward, AMF officials at the time began to dab into other areas of moose management including a controversial program aimed at reintroducing orphaned calf moose back into the wild.

Dyer said he has been spending a majority of his time since coming on board redirecting AMF's main focus on the salvage operation. Part of that is supplying important data on each kill to state Department of Fish and Game, police and department of transportation officials.

Dyer said AMF is an important tool for law enforcement, helping officers be where they need to be — fighting crime — rather than tending a dead moose cleanup. Prior to AMF, Dyer said when a moose was killed by a vehicle, an officer would stay at the scene until the responding salvage team finished removing the animal. This process could easily take two hours or more. Now, he said, most officers simply place a flare marking the moose and move on to their next call.

According to the AMF website, in Southcentral, it has a 100 percent response rate to salvage calls since the resumption of operations in September 2015. Dyer said by utilizing AMF, salvage teams can do their job safely and efficiently. He said in the past 18 months, AMF has responded to 1,133 moose-vehicle accidents and delivered 1,131 for processing.

According to AMF statistics, the average moose delivered to family groups through its program involves 386 households. Approximately 600 households have benefited from the program since he took over the helm. Those families consumed the meat for almost 20 weeks, on average.

Despite what Dyer hopes will be a temporary setback, those wanting AMF to respond to a road-kill scene should still contact 911 first. Then, they should call 33-MOOSE for AMF assistance. Dyer said there is no charge for the service but that donations to help cover costs are always appreciated.