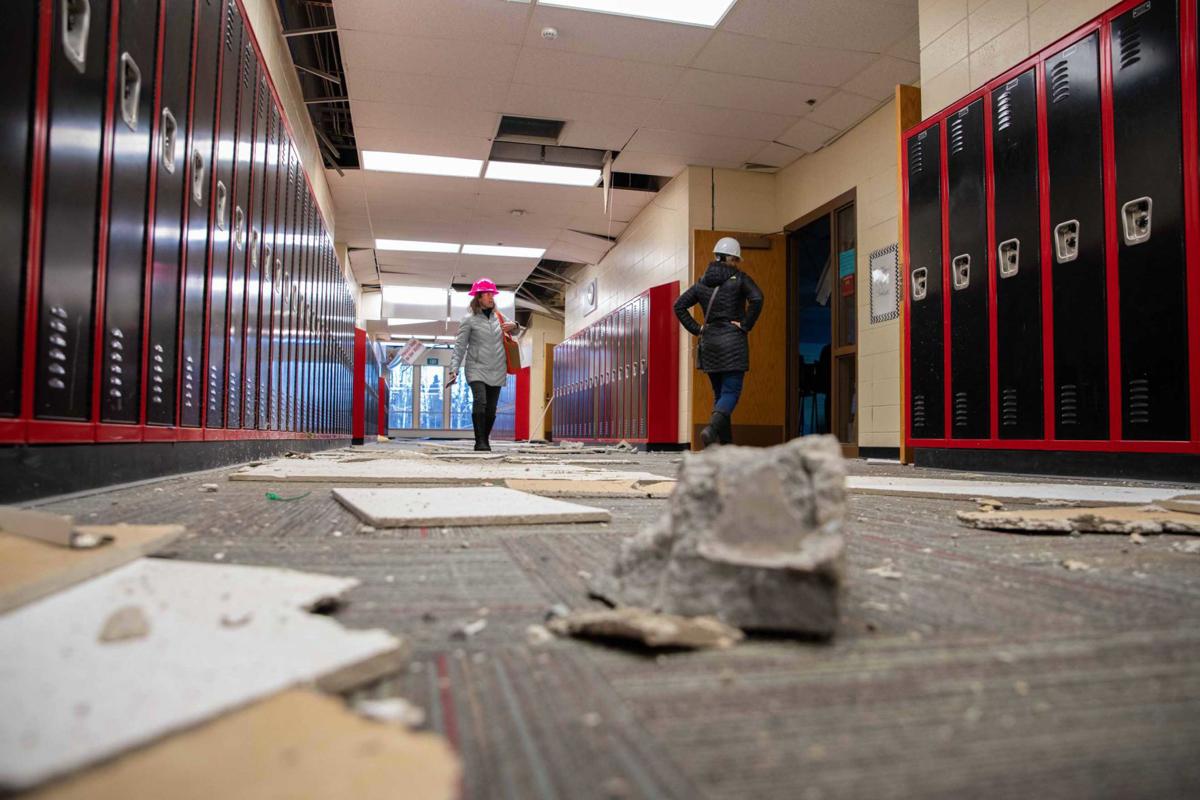 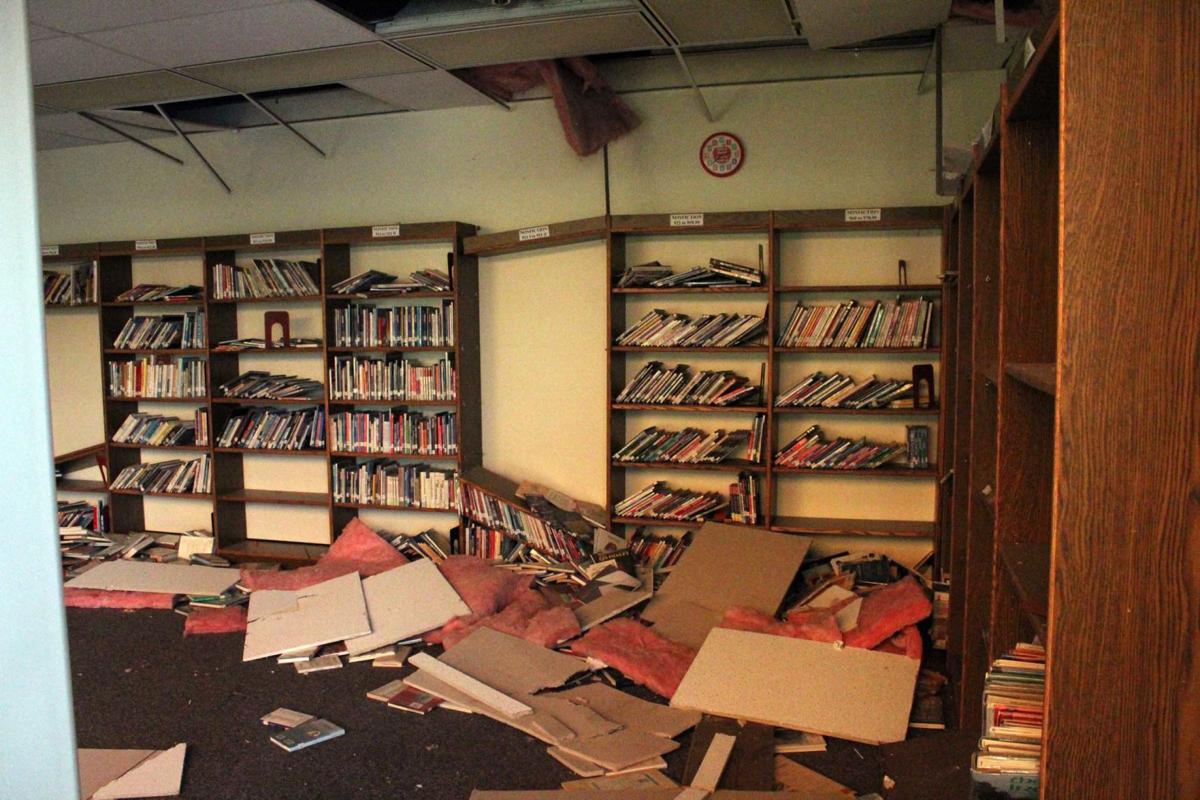 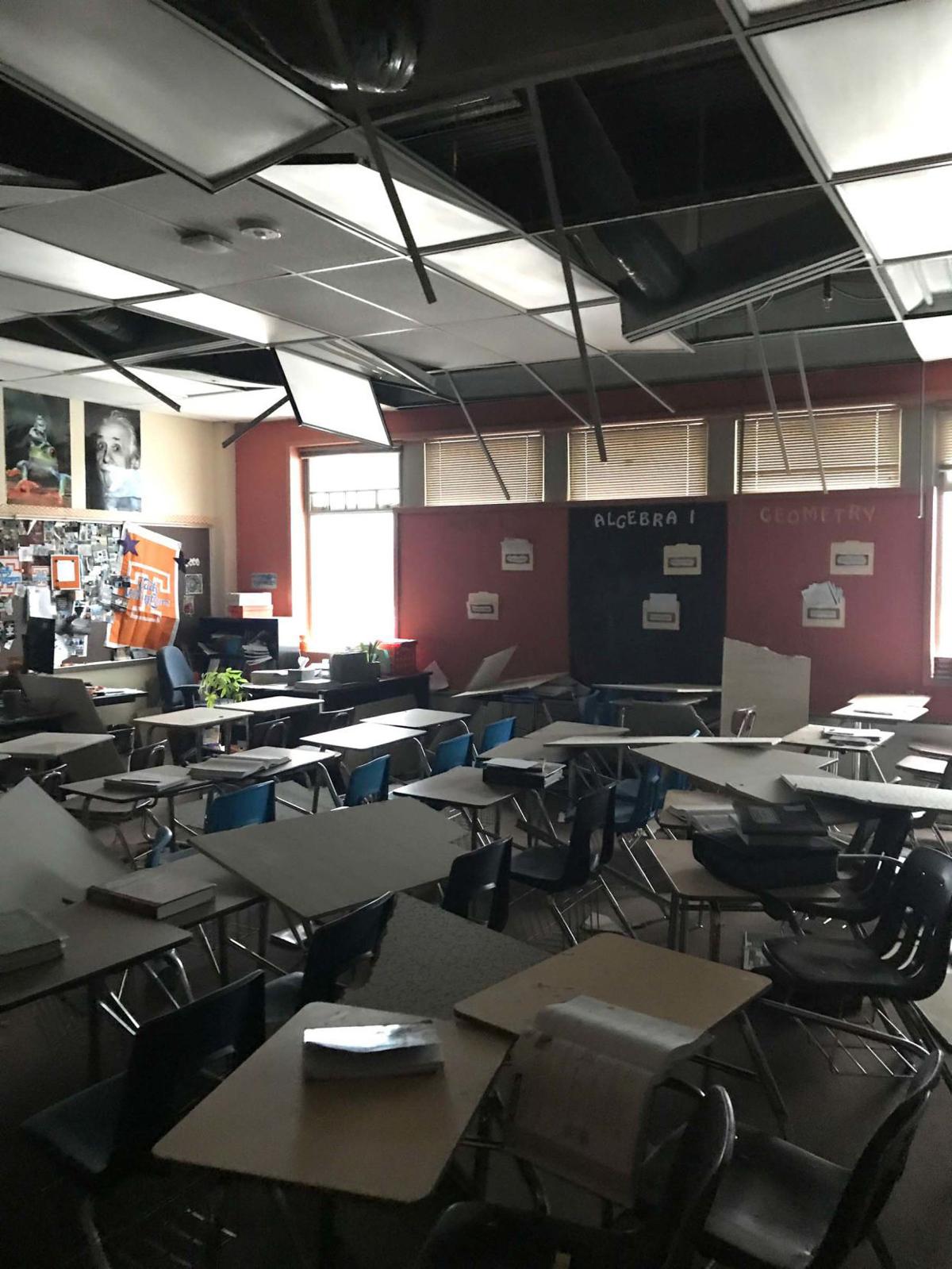 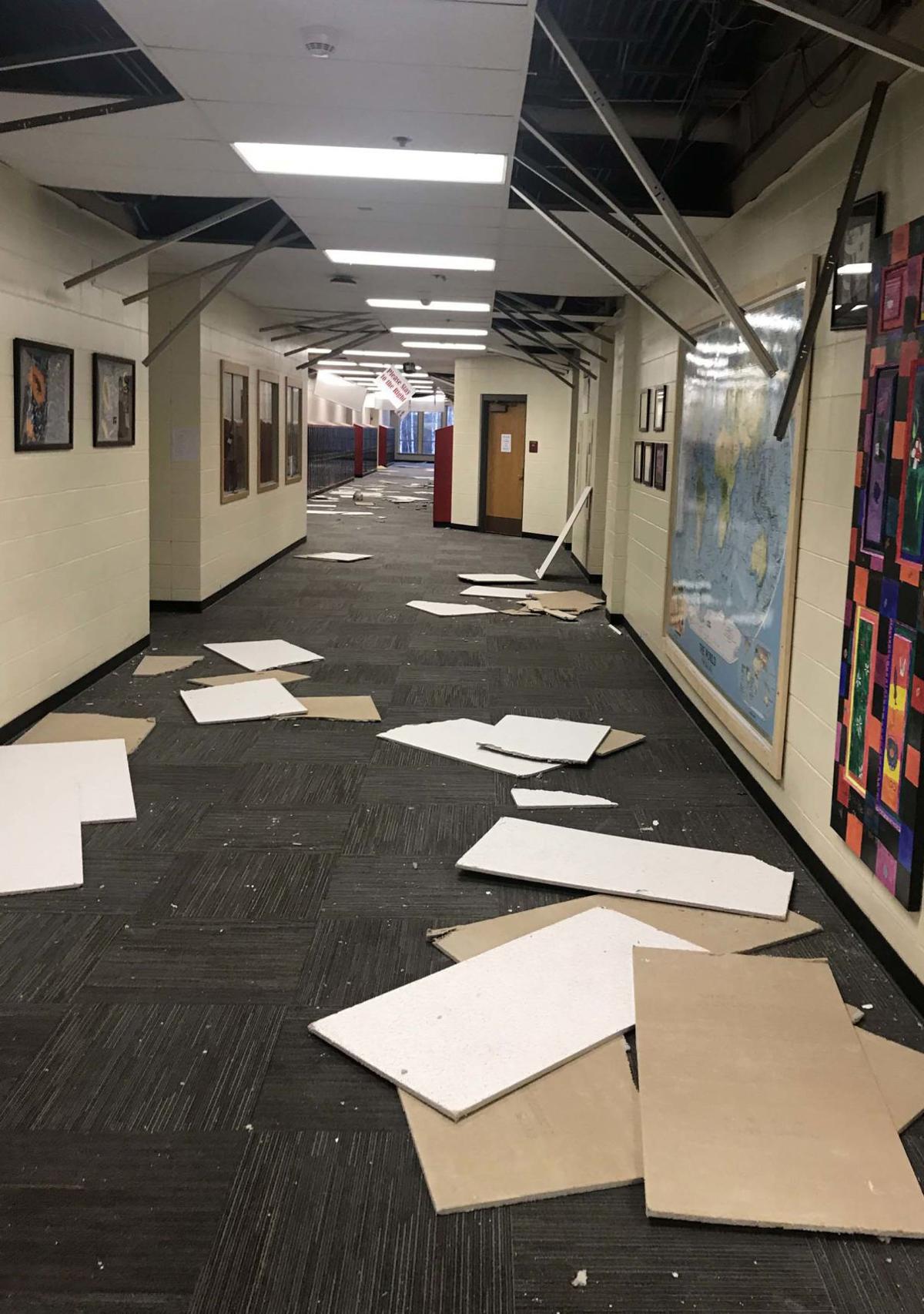 HOUSTON — The fate of the uninhabitable Houston Middle School is yet to be determined.

After extensive research, damage assessment, and collaboration with insurance companies that cover the Mat-Su Borough owned school buildings in the Mat-Su Borough School District still is in the hands of the Mat-Su Borough Assembly to ultimately decide which of the three presented options will be pursued for the repair or replacement of Houston Middle. During the shaking that most violently damaged Houston Middle out of all the 47 schools in the MSBSD, some students carried their classmates to safety. The harrowing structural damage to the concrete masonry unit walls that were directly aligned, allowing for increased fractures has led the MSBSD School Board to vote on the middle option presented for repair, completely demolishing and reconstructing the academic wing of Houston Middle and repairing the gym and academic wing that suffered mostly cosmetic, but not structurally catastrophic damage. Press were invited to Houston Middle in early November to tour the wreckage in preparation for earthquake anniversary coverage. With the press availability scheduled at 11:00 a.m., a magnitude 4.0 earthquake rattled the Valley at 11:15, an all too familiar reminder of what took students out of Houston Middle in the first place.

“It was a short quake but it was impactful from the standpoint that we were in the building that was severely structurally damaged from the November 30 quake,” Assemblyman Dan Mayfield said.

Mayfield was in Alaska for the 1964 Black Friday earthquake that delivered even more catastrophic damage. Now on the assembly, Mayfield will be tasked with voting on how to proceed with Houston Middle. A total of 13 portables were relocated to Houston High School for the start of the spring semester in 2019. The students at Houston Middle joined in with their older classmates at Houston High to form Houston Junior Senior High, a transition overseen by Ben Howard who now serves as principal at Houston Jr. Sr. High. Howard even came to school during the summer to watch the crews of students, a majority of whom attend Houston, that built two extra portable classrooms for students at Houston. A chunk of concrete that fell in Houston Middle sits behind Howard’s desk at HJSH. Mostly sixth and seventh grade students attend classes in portable classrooms to keep age groups separated, but the fix is not a permanent solution.

“It really drove home the point that the school needed to be repaired ASAP to alleviate the crowding and the portables that we have there and set the direction for the school,” Mayfield said.

Assessors with the Mat-Su Borough estimated that Houston Middle would cost $38 million to repair or replace and the insurance policy offers a maximum payout of $25 million. The Houston Middle building was built in 1985 and housed the original Houston Jr. Sr. High before the construction of Houston High School in 2003. Mayfield believes that insurance companies do not feel the requirement to pay to upgrade the building to a suitable structural standard able to withstand a similar shake.

“I’m not overly concerned personally about quakes because it’s just part of life. I do know that a lot of my constituents, including my wife get very nervous,” Mayfield said. “I think that people just want to feel safe when they’re in their homes and when they’re in public buildings.”

The Houston school community has quite literally grown closer since the events of November 30, 2018. The Hawks won their first ever state title in football this fall, but continue to drive past the empty reminder of the event that emptied Houston Middle every day. The MSBSD held a meeting at HJSH over the summer to involve the local community in the process of deciding how to proceed with the empty building and how it will look once it is ready for students again. As many at the meeting in Houston said, Mayfield personally wants to see an aspect of a trade school in the walls of Houston Middle in the future. A year removed from ‘the big one,’ Mayfield said that he and his constituents still feel unsettled.

“Not that we’re going to have another, but that if we do we want to make sure that we’re safe,” Mayfield said.