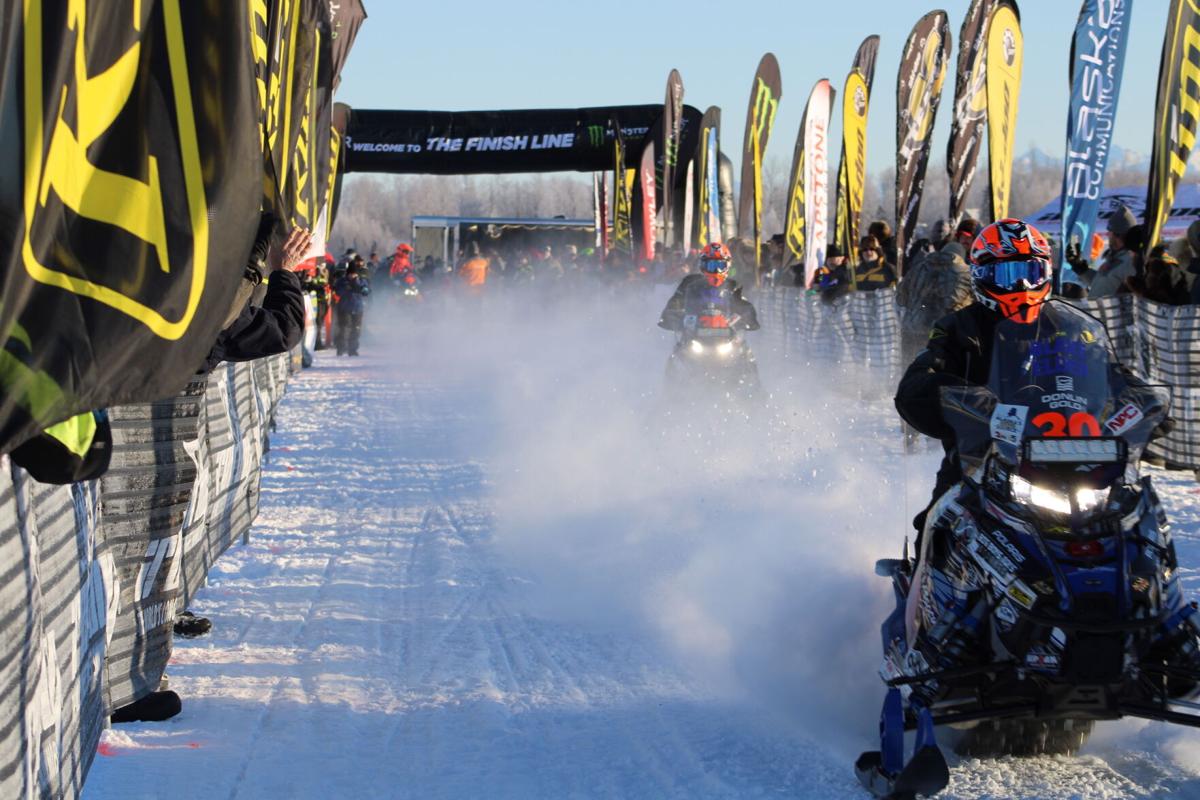 Teams from across the state and beyond blast out from the starting line to venture over 2,600 miles across some of Alaska’s toughest terrain. 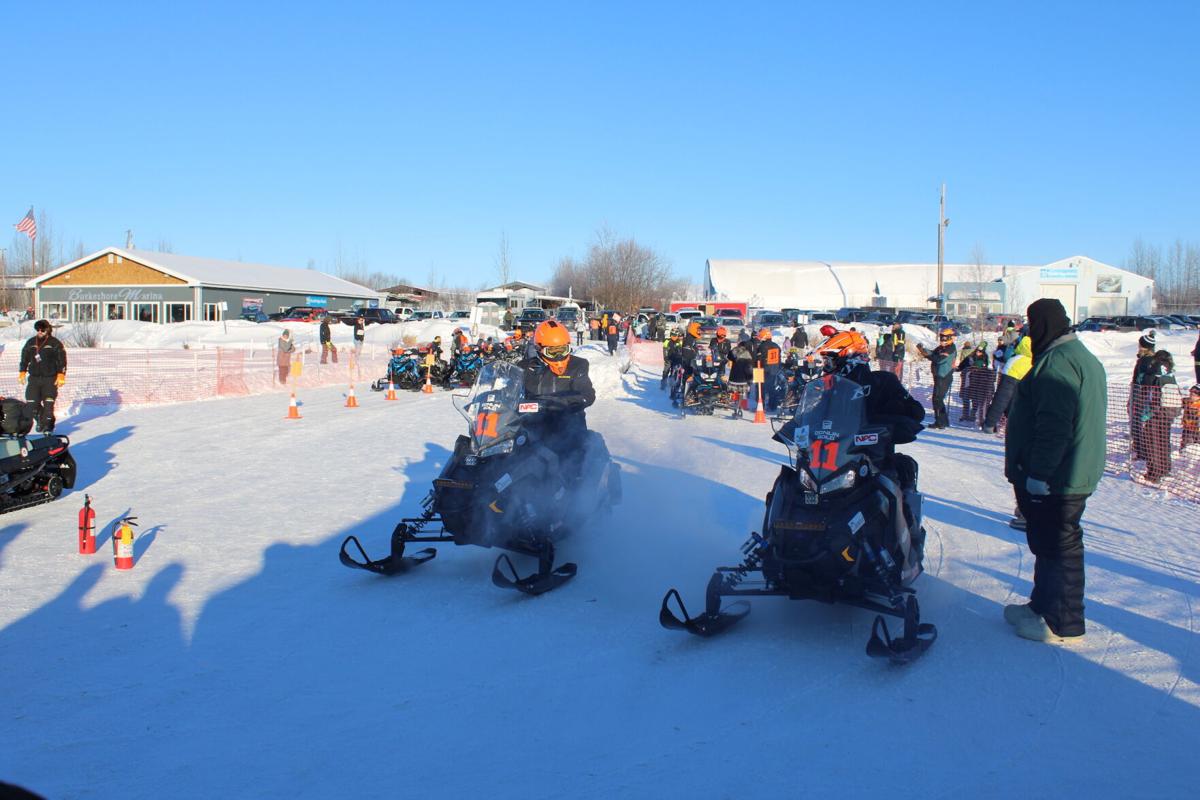 All 21 pro racers were tested for COVID-19 prior to the race. 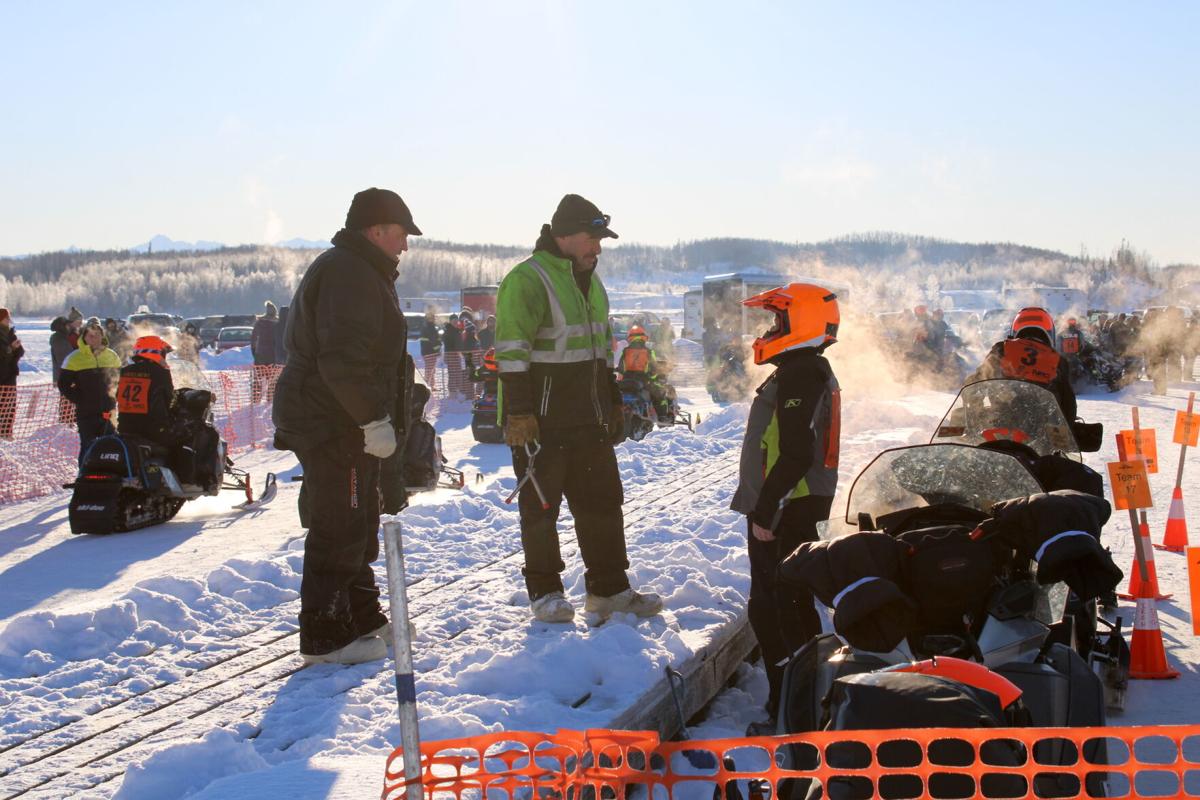 Spectators talk to Iron Dog racers as they prepare to leave. 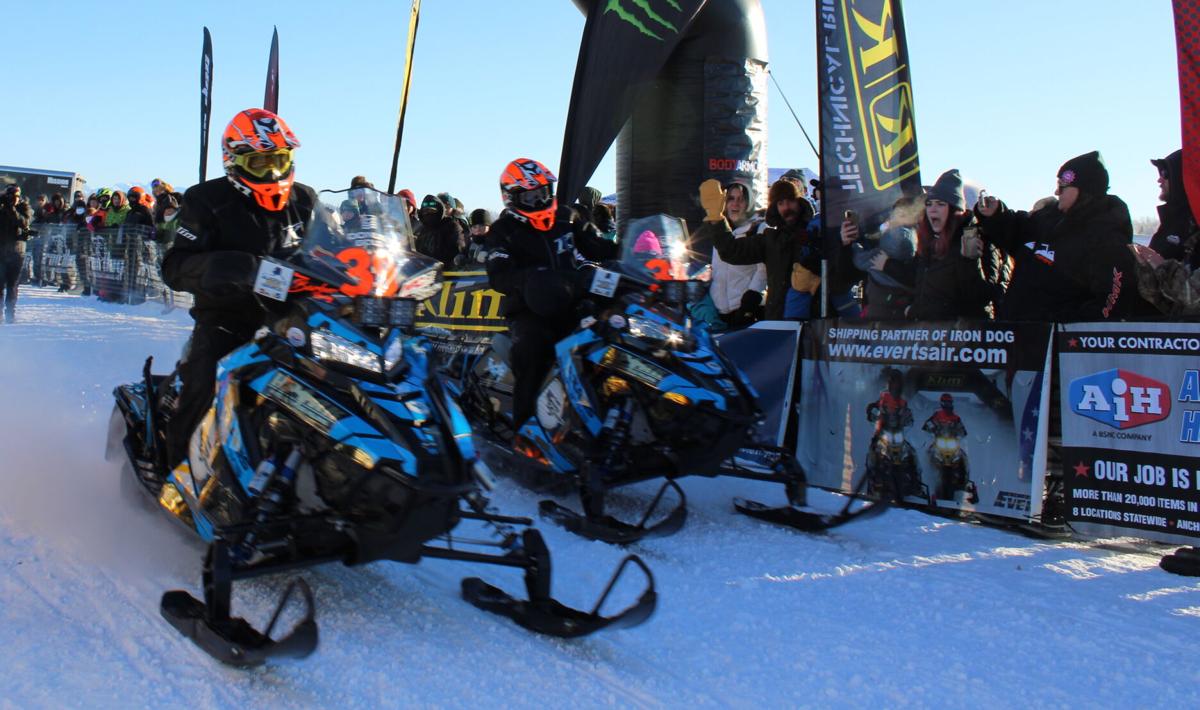 Teams from across the state and beyond blast out from the starting line to venture over 2,600 miles across some of Alaska’s toughest terrain.

All 21 pro racers were tested for COVID-19 prior to the race.

Spectators talk to Iron Dog racers as they prepare to leave.

Iron Dog officials have been preparing for this unique race affected by a unique year. While COVID-19 didn’t affect the race course, it forced staff and volunteers to limit the size of this year’s starting ceremony, completely separating the crowd from the racers.

Every racer was tested prior to the race. Vasser said there are other precautions such as rapid testing at the various checkpoints down the trail.

“The communities have helped out dramatically since we haven’t sent really anybody into any of the checkpoints except for two,” Vasser said.

Vasser said that all their efforts leading up to this point paid off when they watched this year’s teams take off from the Burkeshore Marina.

“Our COVID mitigation plan has worked 100 percent, which has made me very happy,” Vasser said.

Iron Dog officials didn’t clear any parking for spectators to discourage too large of a crowd. People were still able to make their way to the lake or down the trail to watch the teams go by. A fair amount of families took their four-wheelers, snowmachines, and sidebysides to the start.

Kevin Riese brought his family to watch the start from the sidelines. He said the Iron Dog is one of his family’s most coveted annual traditions, and they try to make it out every year. He said that he was glad they were able to come out to enjoy “being outside’’ and the “smell of two stroke.”

“It’s awesome,” Riese said. “We’re a motorsports family. Any kind of motorsports racing, we’ll be there… Racing’s in our blood.”

Riese and his family are close to several teams in this year’s race. He said they know a lot of the racers, and they try to help out each year.

“We support several teams for the Iron Dog... One way or another, either pit support, preparation, and whatever we can financially,” Riese said.

Riese said that he wasn’t worried about the race going forward, crediting the tough Alaskan spirit as the force that made it happen.

According to Vasser, one pro class team scratched on the first day, and two more scratched on Feb. 15. He said these scratches were likely caused by mechanical issues.

Vasser said that most of the racers have made it to Nome. He said their progress indicates that the leading teams aren’t very far apart from each other.

“The race is unfolding at an incredibly fast pace... The top six or seven teams are only separated by right around two hours, which is amazing after going that far,” Vasser said. “There’s a lot of race left though.”

To track the 2021 Iron Dog or for more information, visit irondog.org.