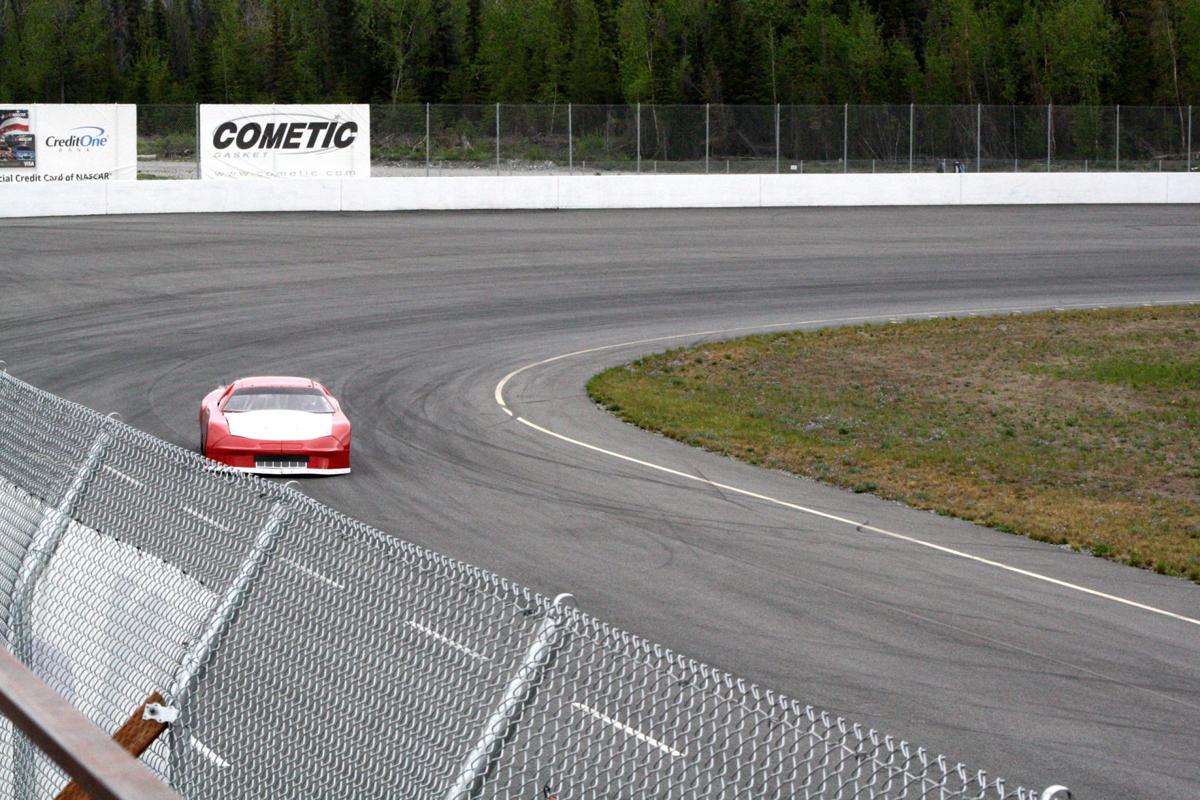 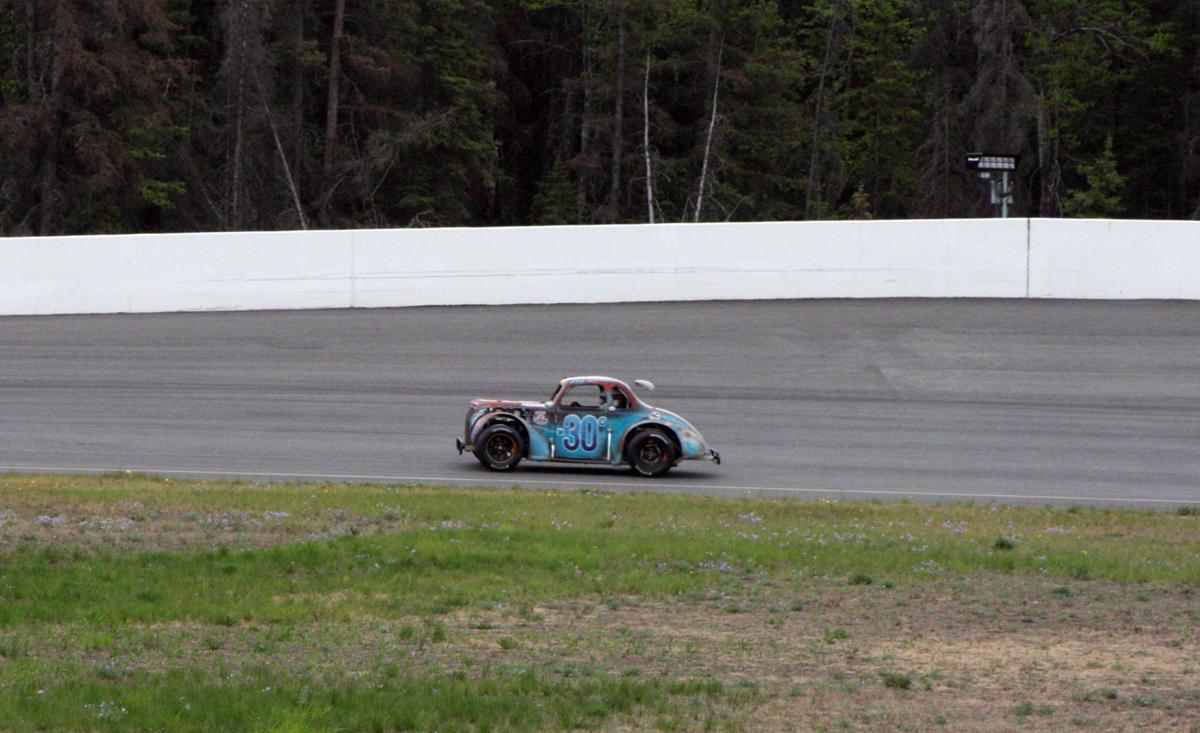 A driver takes a run around the oval at Alaska Raceway Park. 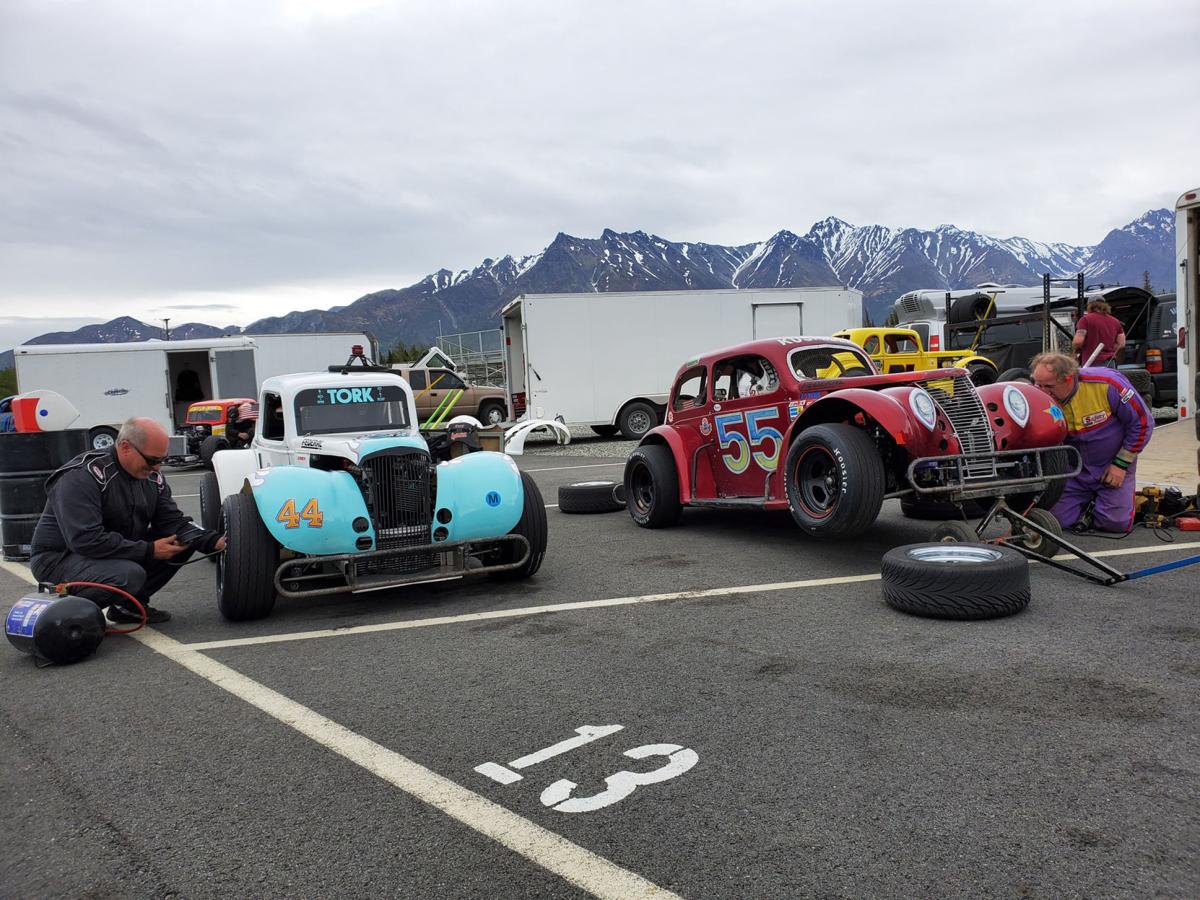 Drivers work on their cars during a test and tune at Alaska Raceway Park Saturday, May 23, 2020.

A driver takes a run around the oval at Alaska Raceway Park.

Drivers work on their cars during a test and tune at Alaska Raceway Park Saturday, May 23, 2020.

BUTTE — The sounds of engines roaring and tires screeching have returned to the Alaska Raceway Park.

Dozens of racers from across the Valley and beyond were able to dust off their driving gloves and make their way to the Butte to test and tune their vehicles during the Memorial Day weekend soft opening.

Alaska Raceway normally starts the season over Mother’s Day weekend, and wraps up in the fall after Labor Day. They had to start later than usual with social distancing measures in place due to the COVID-19 pandemic, but it was clear the racers were happy to get back on the track and reunite with familiar faces Saturday, May 23.

One by one cars of all shapes and sizes made their way around the NASCAR oval track while the other racers lined up in the parking, tinkering with their vehicles and mingling with one another.

David Kusmider busily worked on his 1937 sedan with a white skull on the back that he designed. He said that he was pleasantly surprised to be there and previously feared the whole season would be cancelled due to COVID-19.

“It’s always good to be back,” Kusmider said. “I didn’t think they would be able to at all.”

Kusmider is an airbrush artist and owns an auto shop in Anchorage. He painted Barber’s car and a fair number of other people’s cars present that day.

He said the racing community is fairly tight knit and the people are very supportive of each other. It’s common to see the various racers helping each other out; offering parts, advice and countless hours working on an engine.

“It’s like a family here. Everyone’s car is getting faster and faster,” Kusmider said. “It does build on itself.”

Kusmider’s childhood friend, Tyren Torkelson, lives in Big Lake. The two egg each other on to compete on tracks across the state and they even support each other financially when need arises.

Torkelson said Alaska Raceway is his favorite track to visit and the place he frequents the most with Kusmider.

Racing is a hobby for Barber, Kusmider, and Torkelson. Like most of the people there, they all said it’s their favorite way to get outside and socialize during the summer.

“Not everyone’s hunkered down. It makes you feel better to be out and about,” Torkelson said.

The Alaska Raceway season is just getting started and they plan to facilitate as many test and tunes, races and other events as possible while complying with state health mandates.