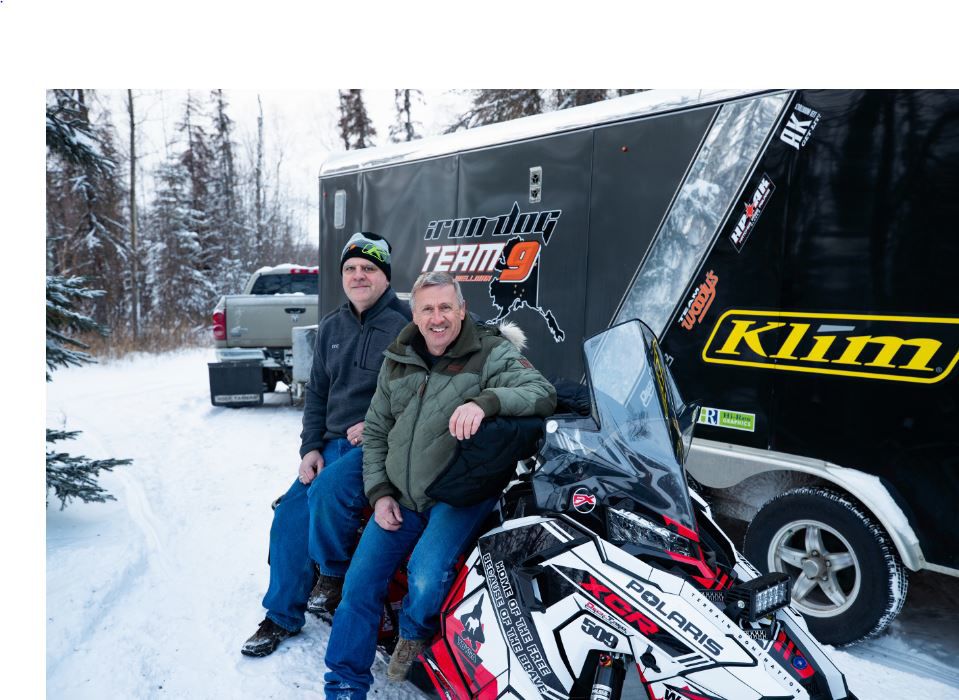 WASILLA— Two Wasilla men are teaming up for their first Iron Dog race ever.

The rookies, Eric Wellman and Gregg Deacon met this year through a mutual friend and plan to finish the grueling 2409 mile race across the rugged and unforgiving Alaskan wilderness as a team February 2020.

“It’s going to be an amazing and tough race,” Deacon said. “I think it comes down to the personal challenge.”

Deacon and Wellman were both looking for a partner to attempt their first Iron Dog with and found each other.

They both expressed great gratitude towards the countess seasoned veterans who’ve helped guide them along their path.

Neither of the green racers has any formal racing experience. Wellman said he was inspired to give it a shot while he was watching the ceremonial start in Anchorage.

“It just got in my head,” Wellman said.

Giving the Iron Dog a shot is more than just a simple sign up sheet. Anything can happen.

“Until you actually do it, you just don’t know,” Wellman said.

The Iron Dog is a serious endeavor that demands a deep respect for the land and its harsh elements along with plenty of preparation in the body, spirit and mind, according to Wellman.

Deacon and Wellman may be rookies to the Iron Dog but they’re both veterans of the U.S. Air Force, which has only strengthened their newly formed bond.

“I think we’re on the same page,” Deason said. “We’re going to do well together.”

Deacon said their goal is to finish this year and improve from there. Aside from safely crossing the finish line, he noted their top priority is to enjoy themselves during this uniquely Alaskan adventure.

Deacon and Wellman both plan to keep racing the Iron Dog over the coming years. If they finish this first one, no one can take that from them. Wellman said that he is eager to rise to the challenge.

“This is what life is all about,” Wellman said.

Deacon and Wellman are gearing up to embark on an important milestone race, not just for themselves but for the race itself.

The 2020 Iron Dog race is starting in Fairbanks and includes a roughly 375-mile loop around Kotzebue, before returning south to finish in Willow, according to a recent press release on the official Iron Dog website. This is a total reverse from all years past with the start and Willow and the finish in Fairbanks.

“This year is really a history-making course for the Iron Dog,” Iron Dog executive director John Woodbury stated in the press release. “It’s never been run before. Now, this year’s race is anyone’s race to win.”

The move came after heavy consideration on how to make the course more challenging in the wake of technological advancements and the growing number of seasoned participants.

“The machines have gotten so efficient, and the riders have really become true athletes,” Woodbury added. “The course had become overrun by technology and fitness, and so we needed to up the game to make the course challenge both of those components again.”