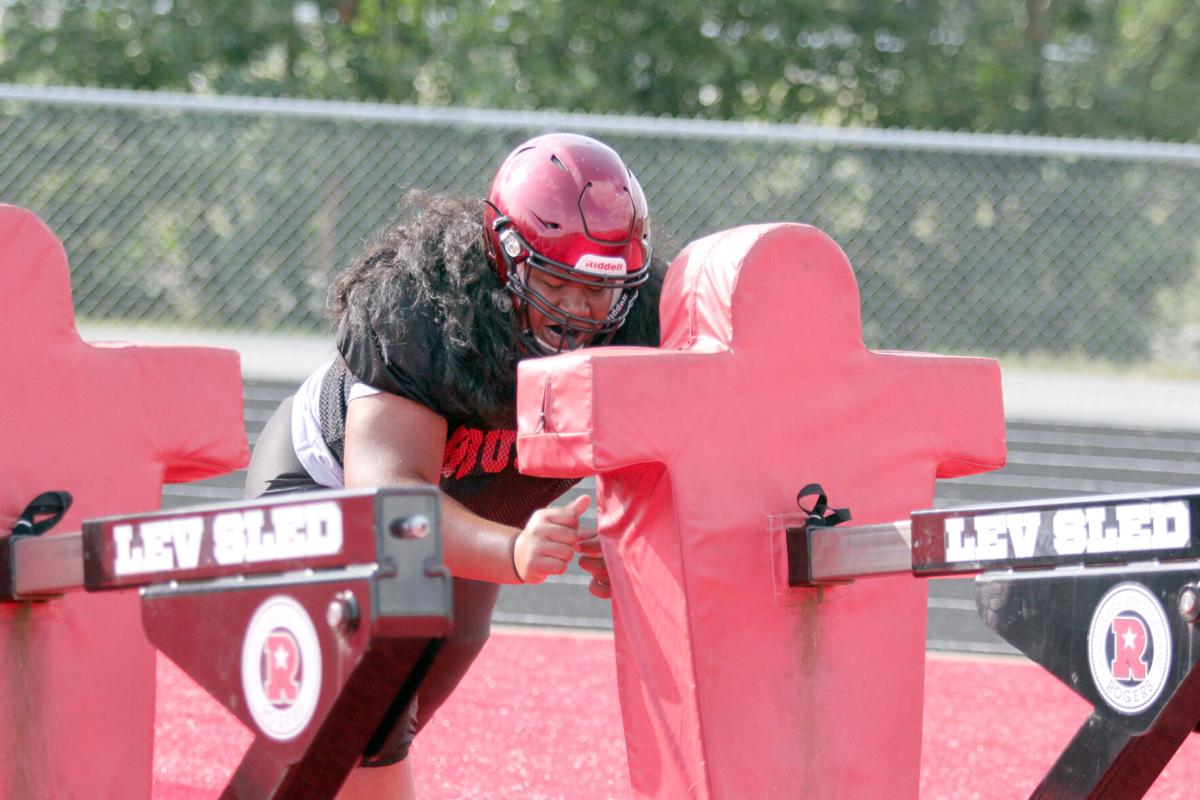 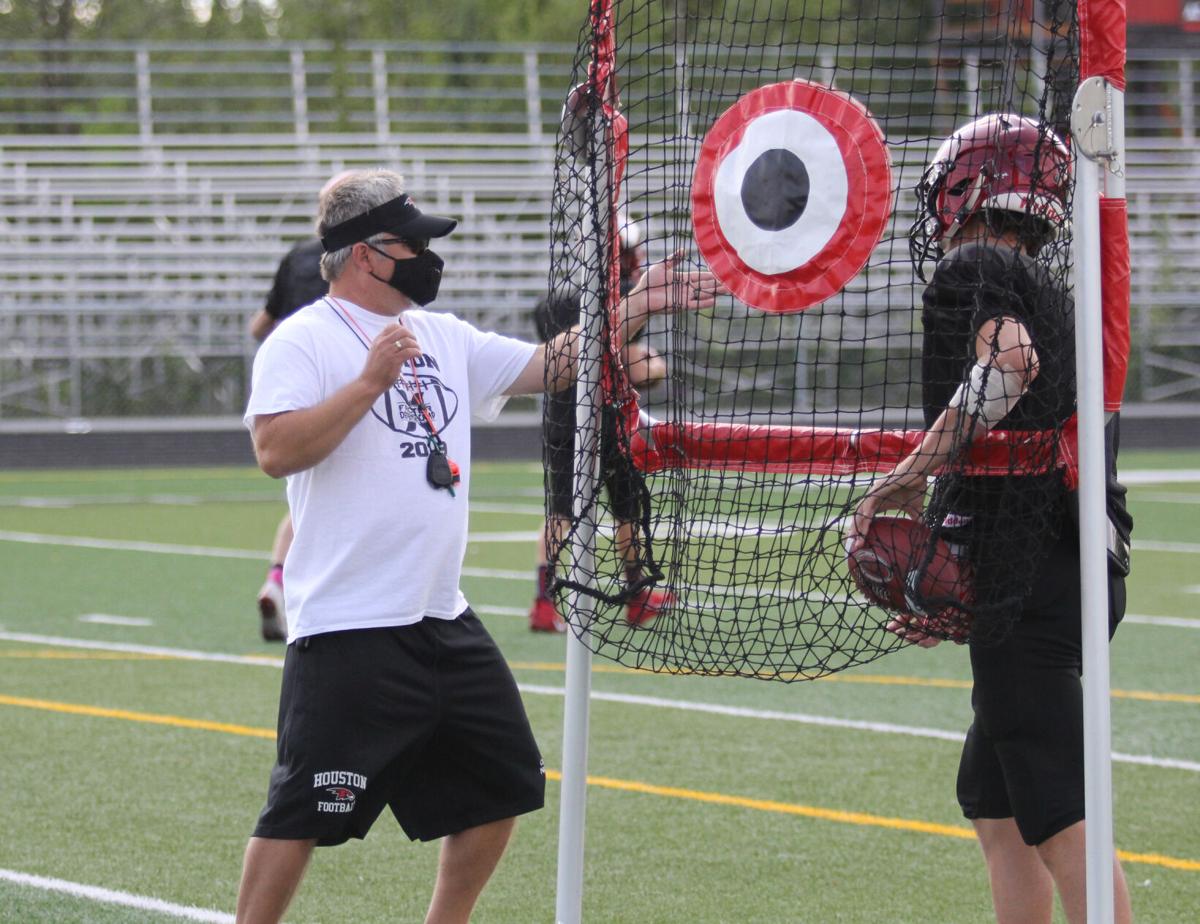 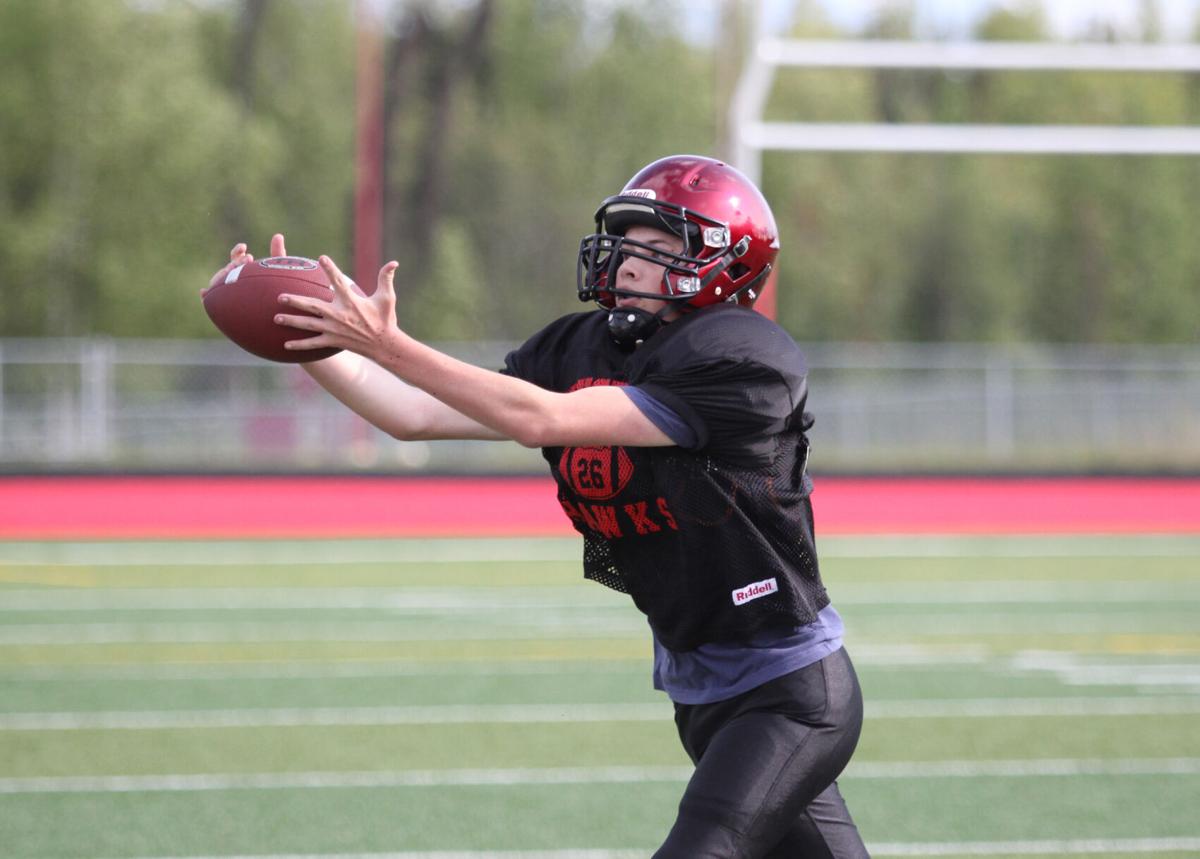 The Houston Hawks hosted their first official practice of the 2020 season July 29. 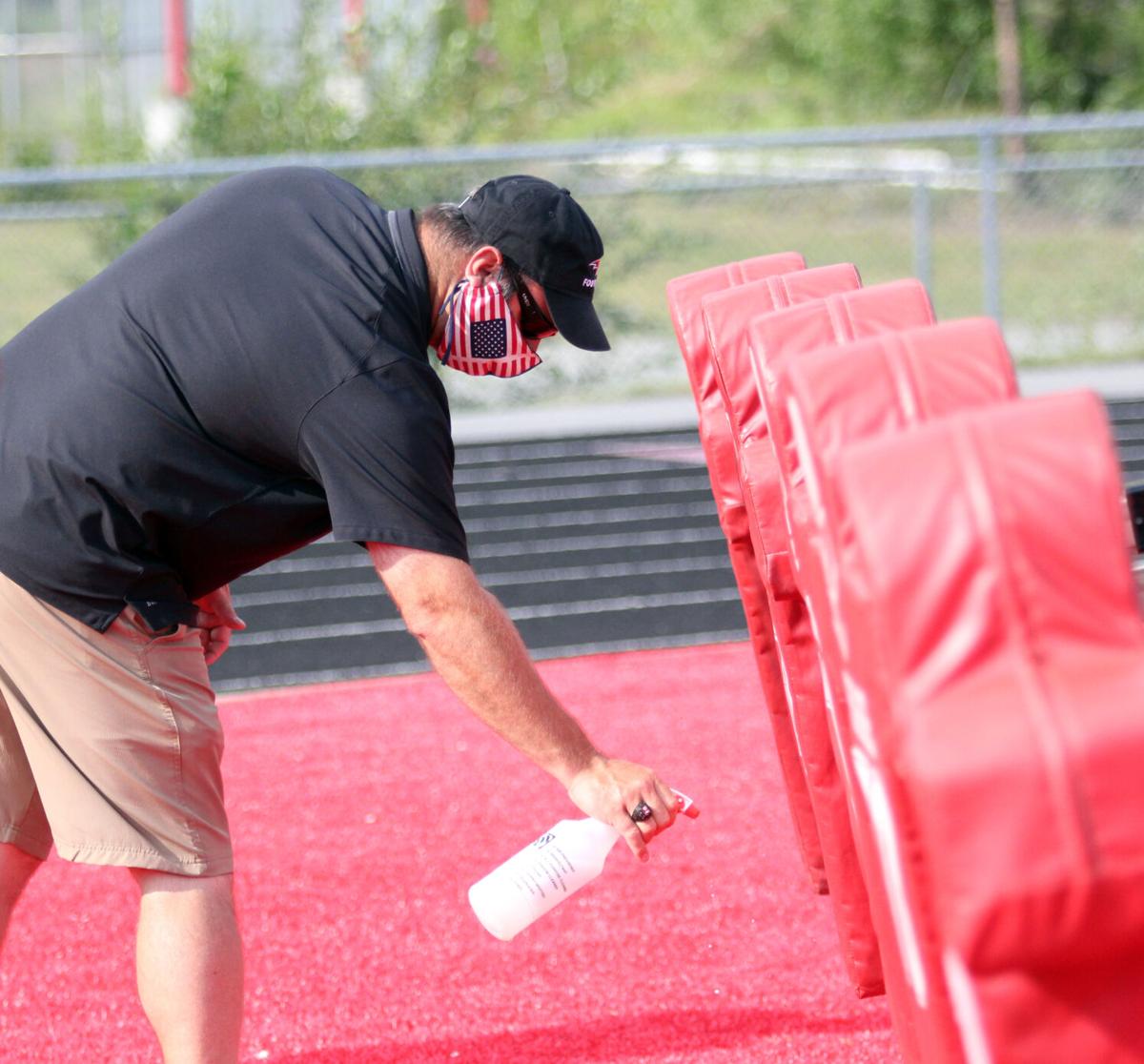 The Houston Hawks hosted their first official practice of the 2020 season July 29.

The Hawks are back on the field this week, but under far different circumstances. The Hawks are still the state champs, but just like teams throughout the Mat-Su Borough School District, the Houston football players are facing life as an athlete in a pandemic.

High school students participating in football, cross-country running, tennis, cheerleading and marching band were part of an official practice for the first time Wednesday. The first day of fall sports follows just about a five-month stretch that included a total shift from in-class learning to remote education during the spring semester of the 2019-20 school year and the cancelation of all spring activities and class of 2020 graduations due to the COVID-19 pandemic.

School district programs must follow strict protocol to have the opportunity to practice. Houston head coach Glenn Nelson said the Hawks are simply happy to be back onto the field.

“After being in the house for so many months, the kids are excited,” Nelson said after working with his quarterbacks Thursday evening on the Houston High turf. “We weren’t sure how many kids were going to show up, but we’ve got more kids than last year. They’re just excited about being out. Some of the parents are coming to watch. I think they’re excited to see the kids being able to do something.”

Nelson’s players start their practice each day far different from they ever have before. Players are checked in one-by-one. Temperatures are recorded and players must go through the Alaska School Activities Association and Center for Disease Control questionnaires. The Hawks have four benches near the four corners of the football field, and players are separated by class during breaks. Nelson said no two classes are together to make it easier for contact tracing if that is needed. The managers spray down the footballs between drills. Each of the coaches are wearing face masks on the field. Coaches spray down equipment after its used. Nelson said they try to keep the players spaced out on the field as much as possible. Masks are mandatory for everyone inside the school.

Nelson said everyone has been cooperative with the protocol.

“I expected some blow back,” Nelson said. “But they jump in there and help out. The managers have been great about it. So far no one has complained. I think everyone’s happy that we’re out on the field. We all know it’s fragile. We’re all happy to jump in and do what it takes to stay on the field.”

The opening week of the prep football season was supposed to be Aug. 14. In July, ASAA cut the regular season from eight weeks to seven weeks. But that came before the Anchorage School District announced that all extracurricular activities have been canceled until at least Aug. 28. Like in the Mat-Su, teams in the Kenai Borough Peninsula and Fairbanks North Star Borough school districts started practicing July 29.

Teams are practicing, but game schedules remain an uncertainty.

During a Mat-Su School Board work session July 29, district executive director of instruction Reese Everett said competitions outside the MSBSD will not be permitted at this time.

“It’s a whole other set of challenges to start considering traveling outside of our school district,” Everett told the school board. “It’s almost entirely tied to our ability to adhere to our mitigation protocol as well as the other districts we would compete with.”

Everett said local programs may have to adapt to a different type of schedule.

“We could look at ways we could compete within our district,” Everett said, “There are a loaf of different ways we could get creative to allow kids to have that spirit of competition.”

Nelson said Houston’s focus is on simply having games on the schedule, not necessarily the potential opponent.

“The kids are like, coach we just want to play games,” Nelson said. “They’re hoping to get at least four games. They said even if it’s two teams and we play them twice, we would be happy.”