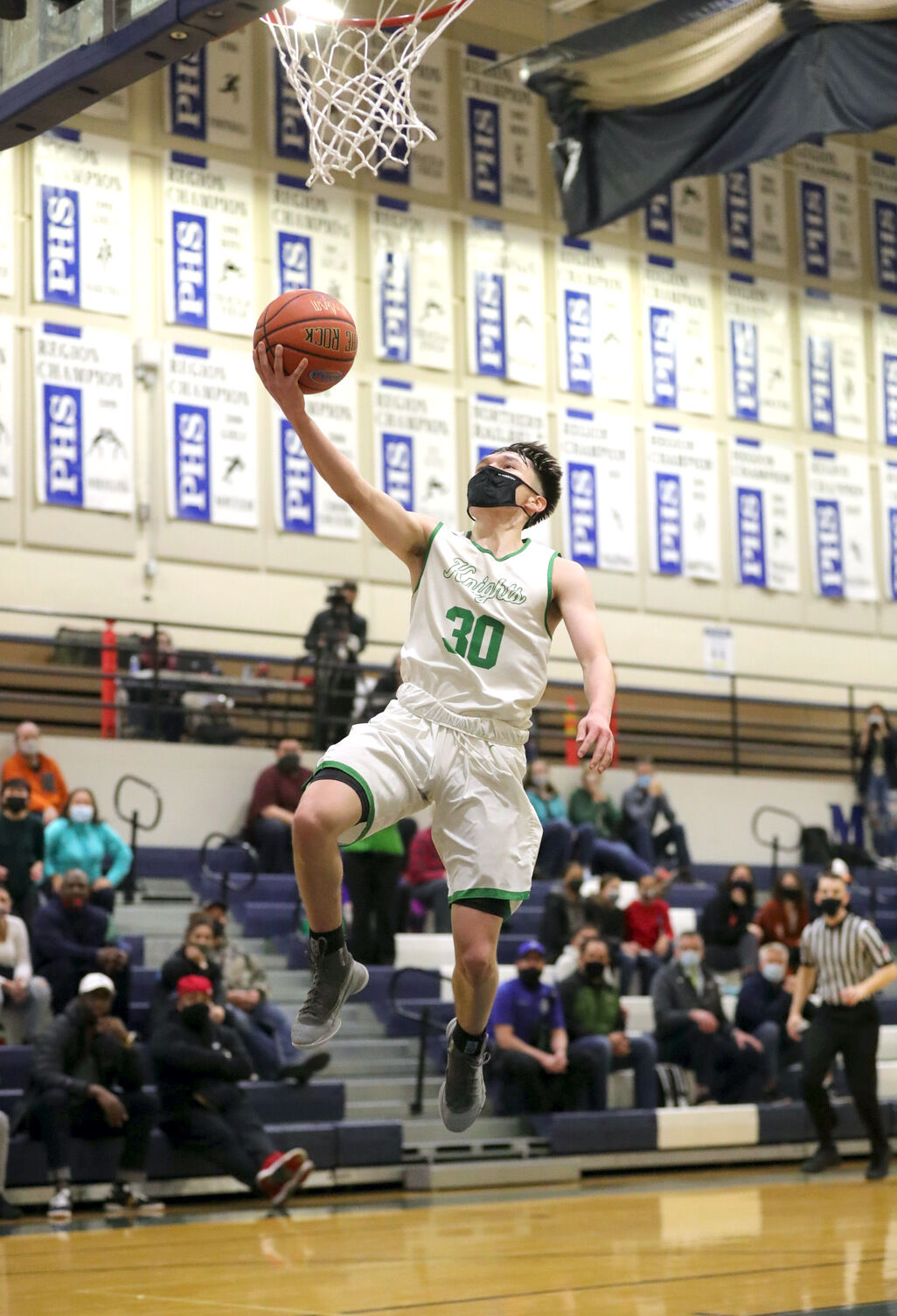 Colony's Jeremiah Hersrud goes to the basket during a state quarterfinal win over West Anchorage. 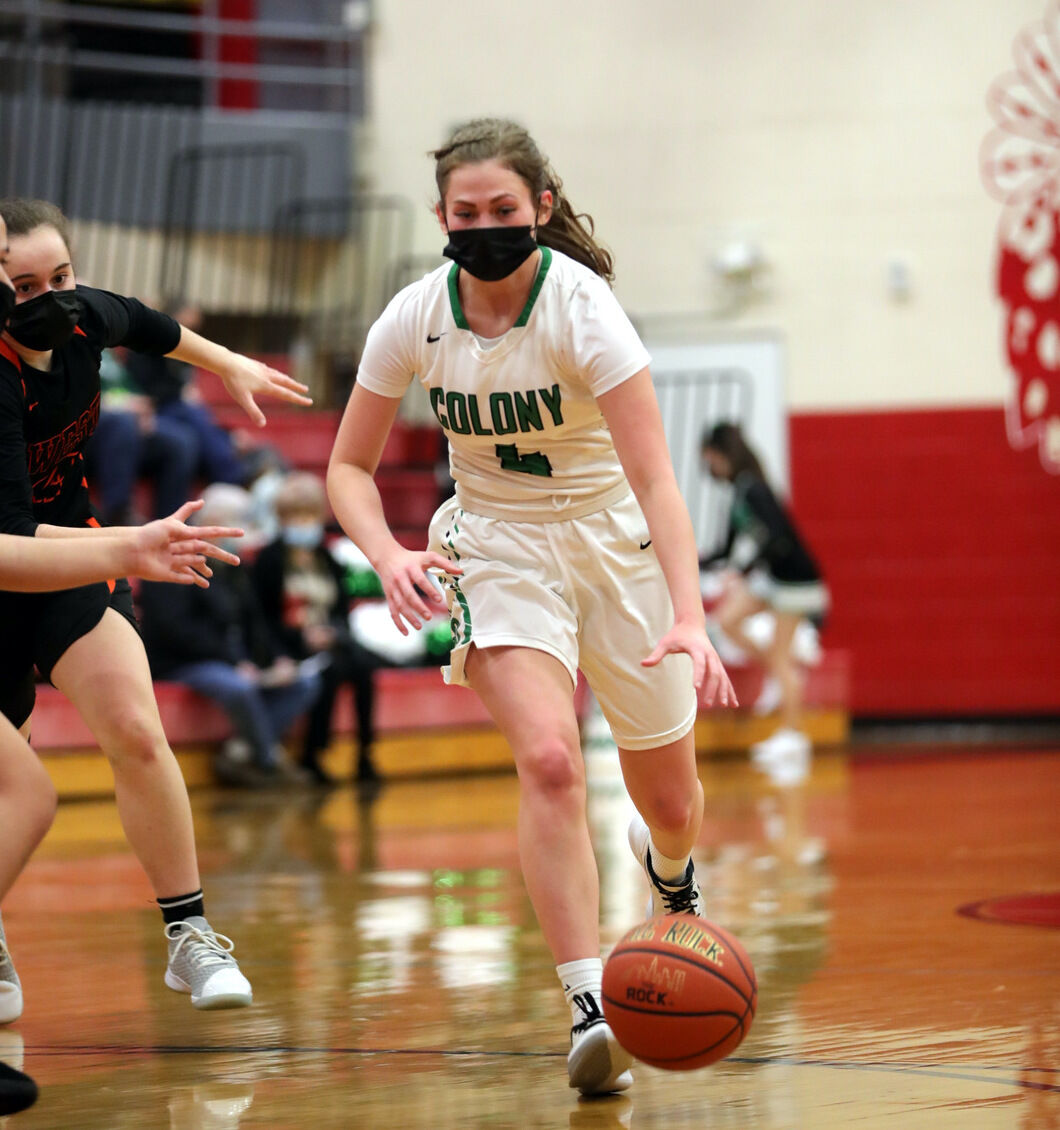 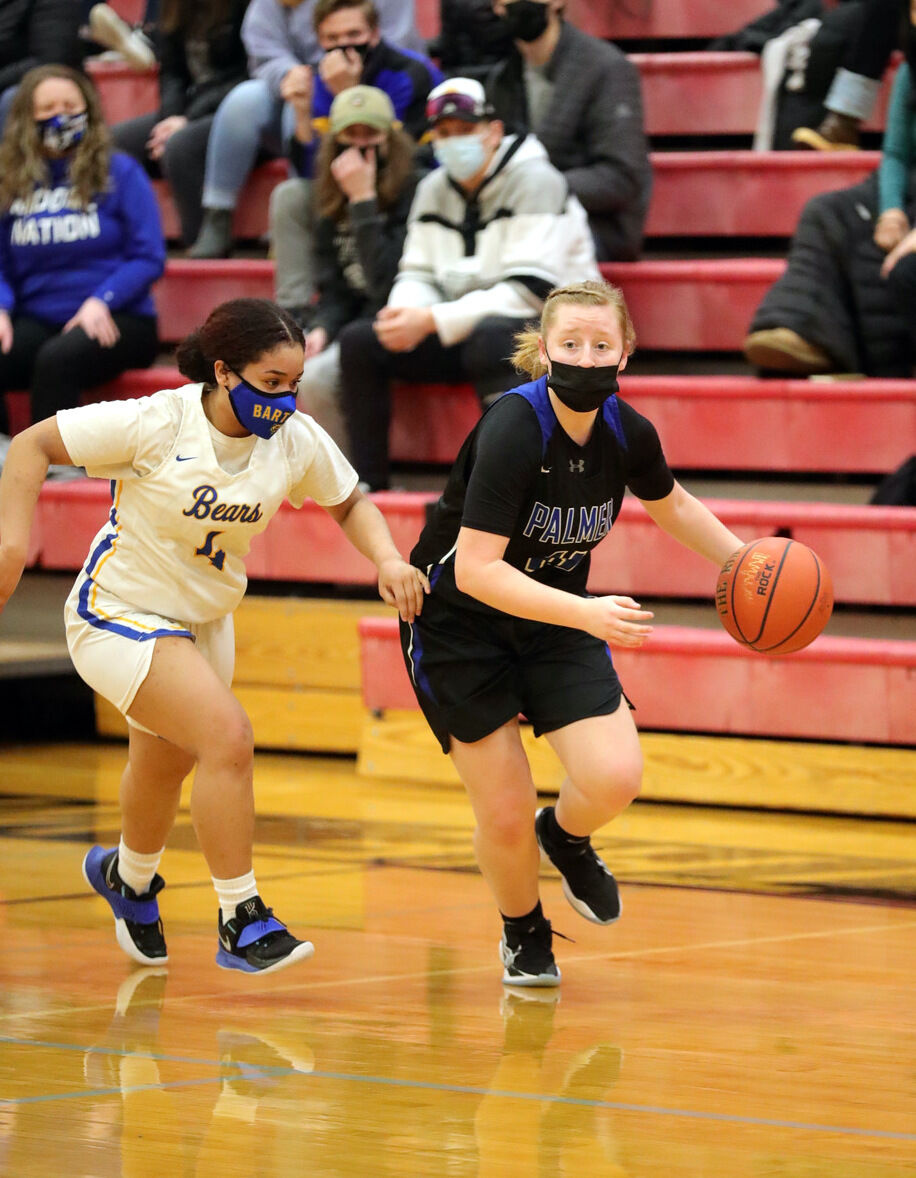 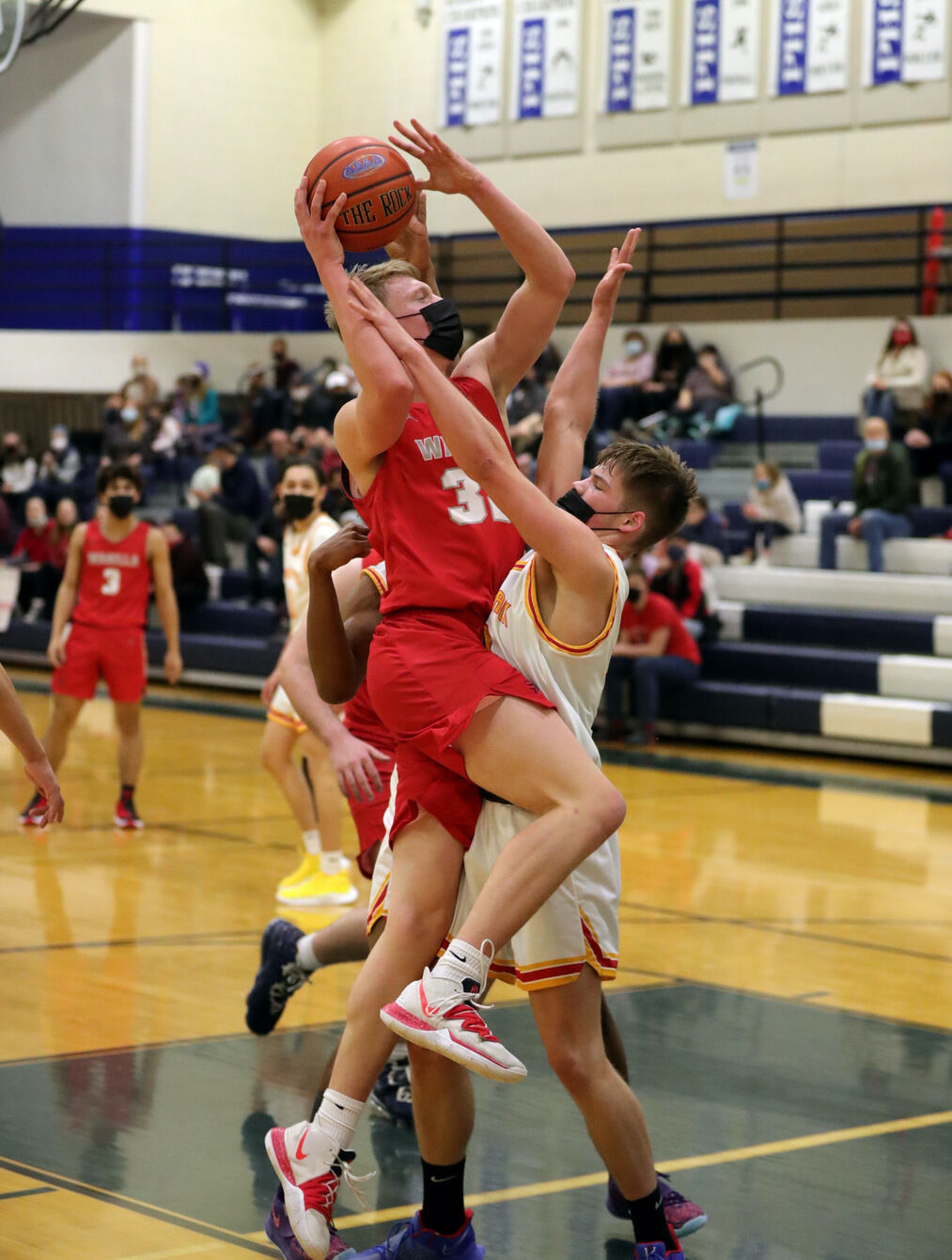 Colony's Jeremiah Hersrud goes to the basket during a state quarterfinal win over West Anchorage.

PALMER — Colony was tested early, but the Knights found a way to march forward. Colony used a big second half to score a 65-56 boys basketball win over West Anchorage during the first day of the ASAA/First National Bank 4A State Basketball Championships Thursday evening at Palmer High School.

The Knights will advance to play Chugiak Friday at 8 p.m. in the 4A boys semifinals at Palmer High.

Senior Jeremiah Hersrud helped Colony cement the win. The first-team all-state point guard was 8 for 8 at the free throw line in the fourth quarter, and 10 for 11 in the second half.

“He’s in the 90s when it comes to that,” Berg said of Hersrud’s free throw percentage. “There’s a reason we’re trying to put it in his hands. He’s going to make them down the stretch.

Hersrud scored 18 in the win for the Knights.

“It was just who can execute,” Berg said.

Jayce Underwood hit a trio of threes in the game, including on in the fourth quarter. Ben Alley and Evan Gatten hit third-quarter threes. Patrick McMahon led Colony with 25 points.

The Colony girls advanced to the semifinals with a 45-35 first-round win over West Anchorage Thursday at Wasilla High. With the victory, Colony moves into the semifinal round and will face Lathrop at 4 p.m. at Palmer High.

Colony trailed early but jumped ahead with a 13-6 second-quarter run. The Knights held the Eagles to single digits in scoring in each of the first three quarters.

Palmer led early, but top-seeded Bartlett rallied to score a 67-55 win over the Moose in the 4A girls quarterfinals at WHS.

Bartlett used a 20-10 third-quarter run in the win. Palmer had led 20-19 at the half. Livia Solis led the Moose with 13 points. Catherine Uschmann and Lily Anderson scored 13 each,

Palmer will play East Anchorage Friday at 10 a.m. It will be the final game of the season for both teams. There is no fourth-place game on the 2021 bracket.

West Valley got past Wasilla 42-32 in the 4A boys quarterfinals Thursday at Palmer High.

Wasilla will meet South Anchorage Friday at noon at Palmer High in the consolation round.

It will be the final game of the season for both teams. There is no fourth-place game on the 2021 bracket.