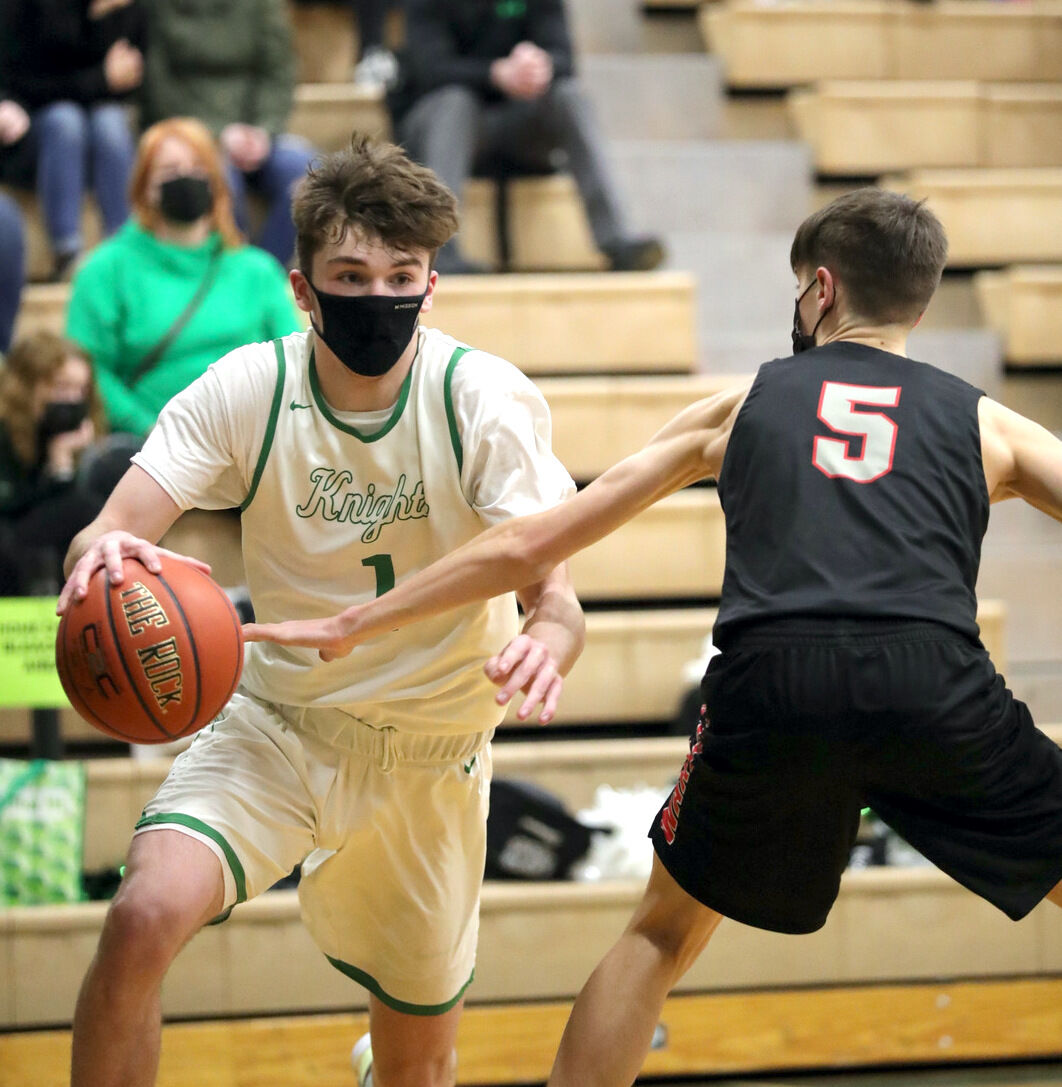 Colony senior Patrick McMahon was named the Wasilla Lithia Dodge/Alaska Association of Basketball Coaches 4A Boys Player of the Year. 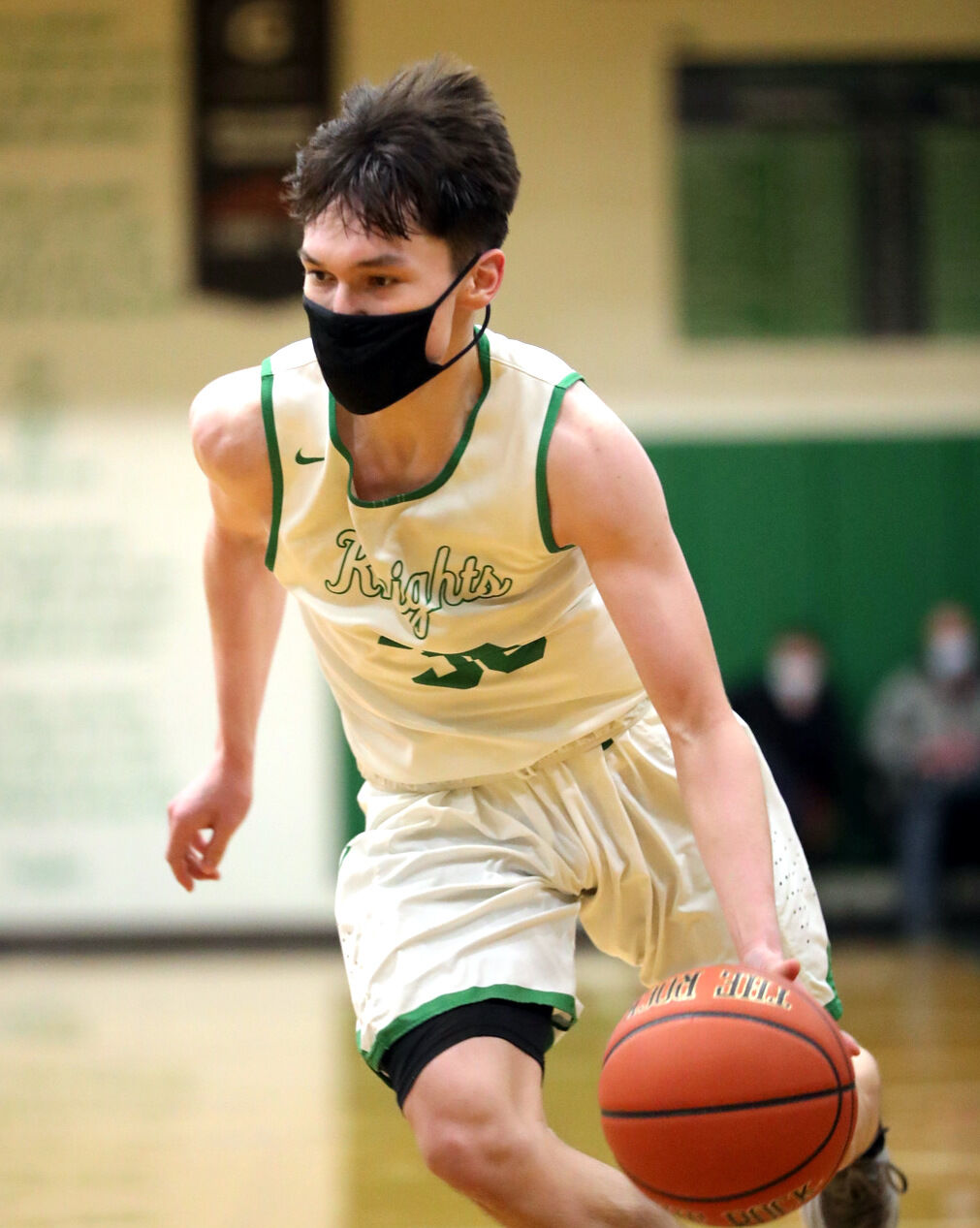 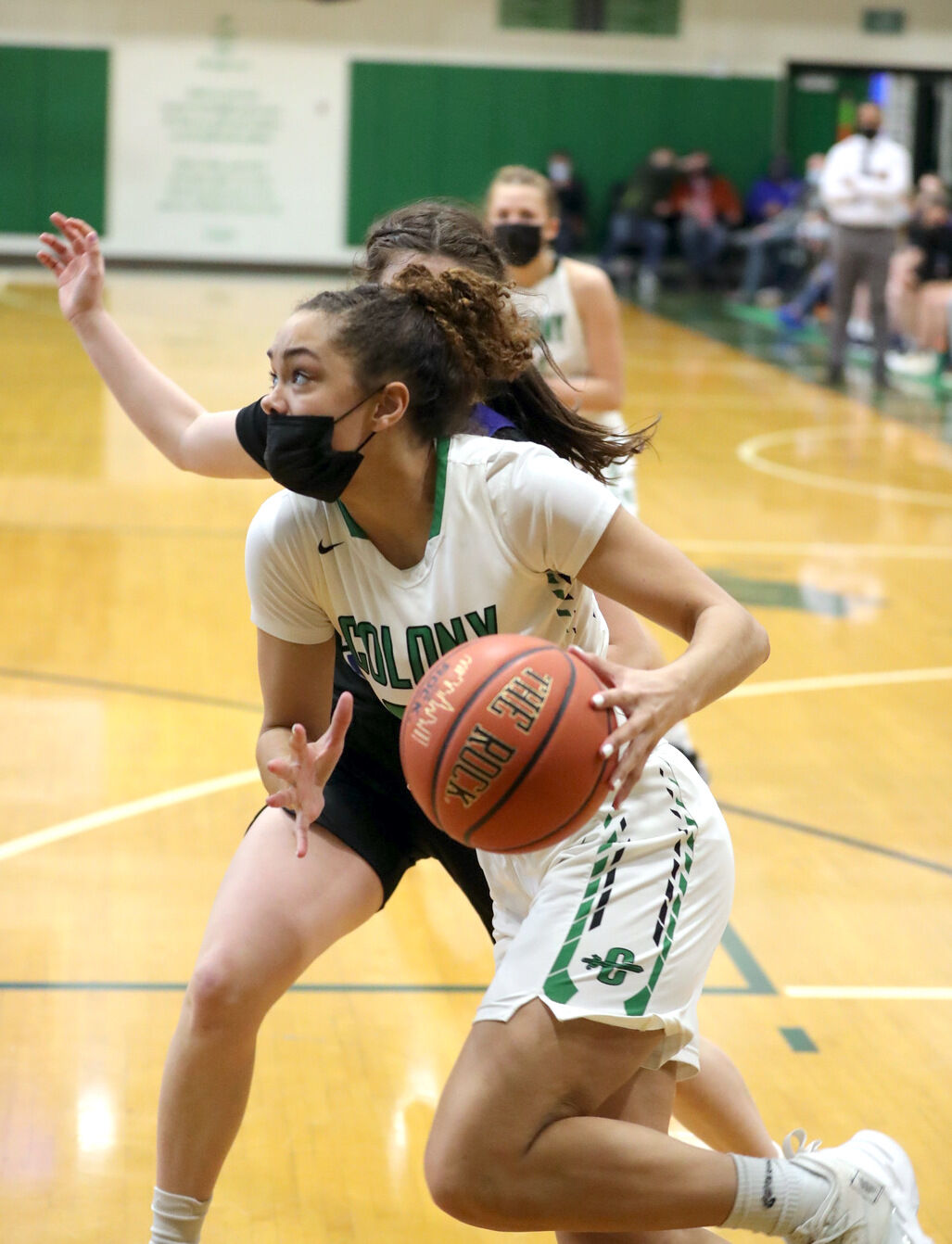 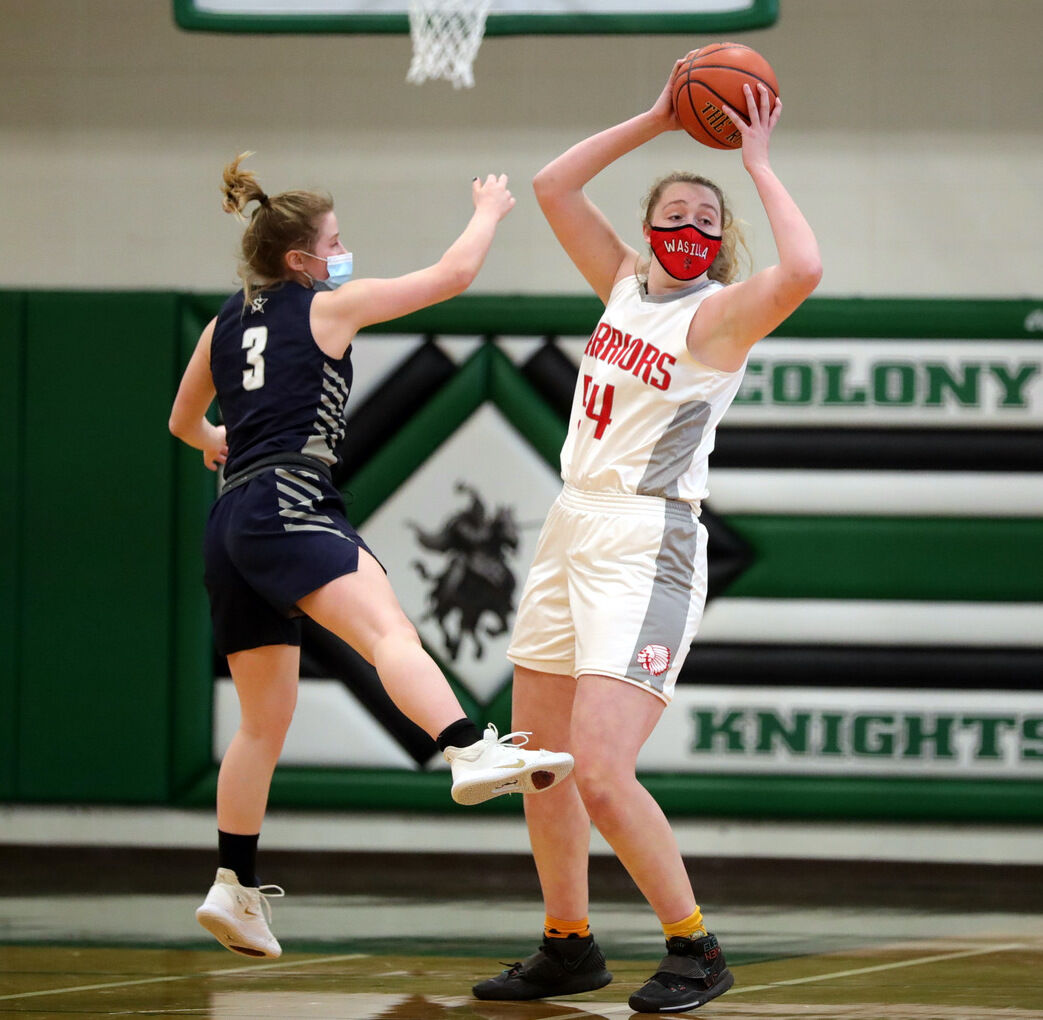 Colony senior Patrick McMahon was named the Wasilla Lithia Dodge/Alaska Association of Basketball Coaches 4A Boys Player of the Year.

PALMER — After Colony High standout Patrick McMahon officially committed to play college basketball for Division I Montana State in November of 2020, Knights head coach Tom Berg said a key for McMahon has been the ability to make significant strides in his game during his first three seasons with the program.

Now a senior, McMahon has continued to expand his game and he’s been recognized for his success once again. McMahon has been named the Wasilla Lithia Dodge/Alaska Association of Basketball Coaches 4A Boys Player of the Year for the second consecutive season.

Entering the state tournament, McMahon averaged 27 points, 11 rebounds, two blocks and two assists per game as a senior. Berg said McMahon’s shooting percentage from beyond the arc is greatly improved.

“He’s made a considerable effort to shoot the ball better,” Berg said. “He’s shooting the ball from three a lot better. He’s in that 37, 38, 39 percent range. I know he wishes it was better. But he was about a 25 percent three point shooter last year.”

Berg said that’s just added another thing for opponents to worry about.

“There were certainly plenty of teams that thought him taking shots from the outside was the best chance of competing with us,” Berg said. “This year, that’s different.”

McMahon is the first player in program history to win the state player of the year award twice. Sullivan Menard (2019) and Eli Wilson (1997) are Colony’s other past winners of the honor.

“He’s certainly going to be mentioned as one of the all-time greats,” Berg said of McMahon. “We’ve had some really great players.”

Berg said McMahon should cap his time at Colony with about 1,800 career points.

“If he’s not the all-time leading scorer in Colony history, he’s really close,” Berg said. “In terms of versatility, as versatile of a kid we’ve ever had. I don’t think anyone would be shocked if I said he is the best college basketball prospect that we’ve ever had.”

McMahon is one of four Valley players to earn first-team all-state honors at the 4A level. Colony senior Jeremiah Hersrud joins McMahon on the 4A boys first team list. Colony junior Indiya Clarke and Wasilla junior Bella Hays were named to the 4A girls first team.