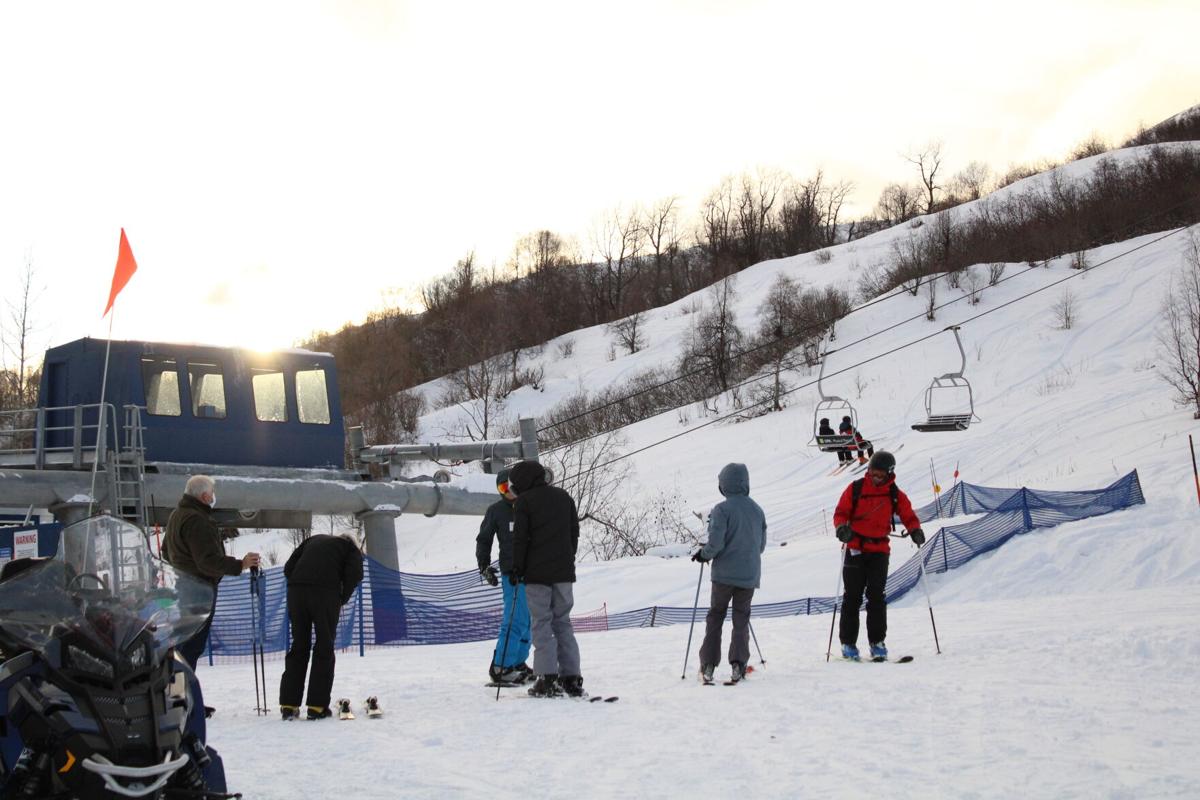 Skeetawk will open to the public this Saturday 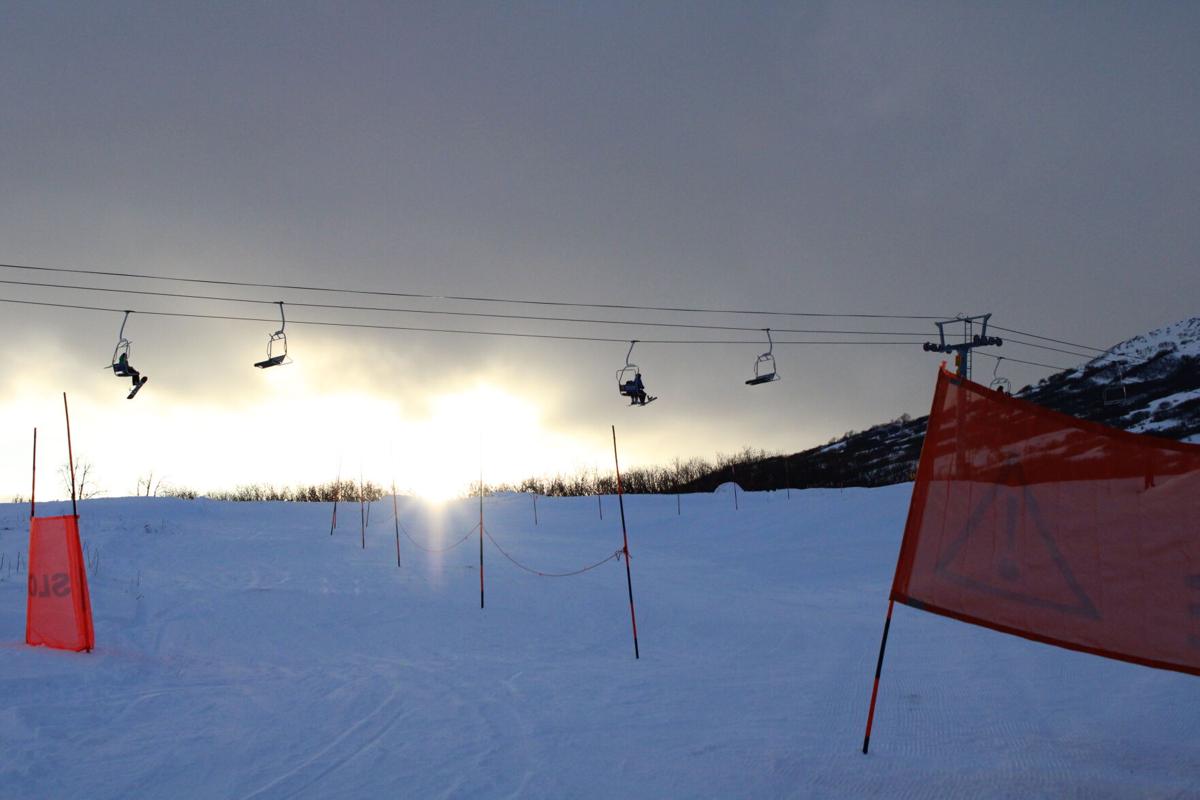 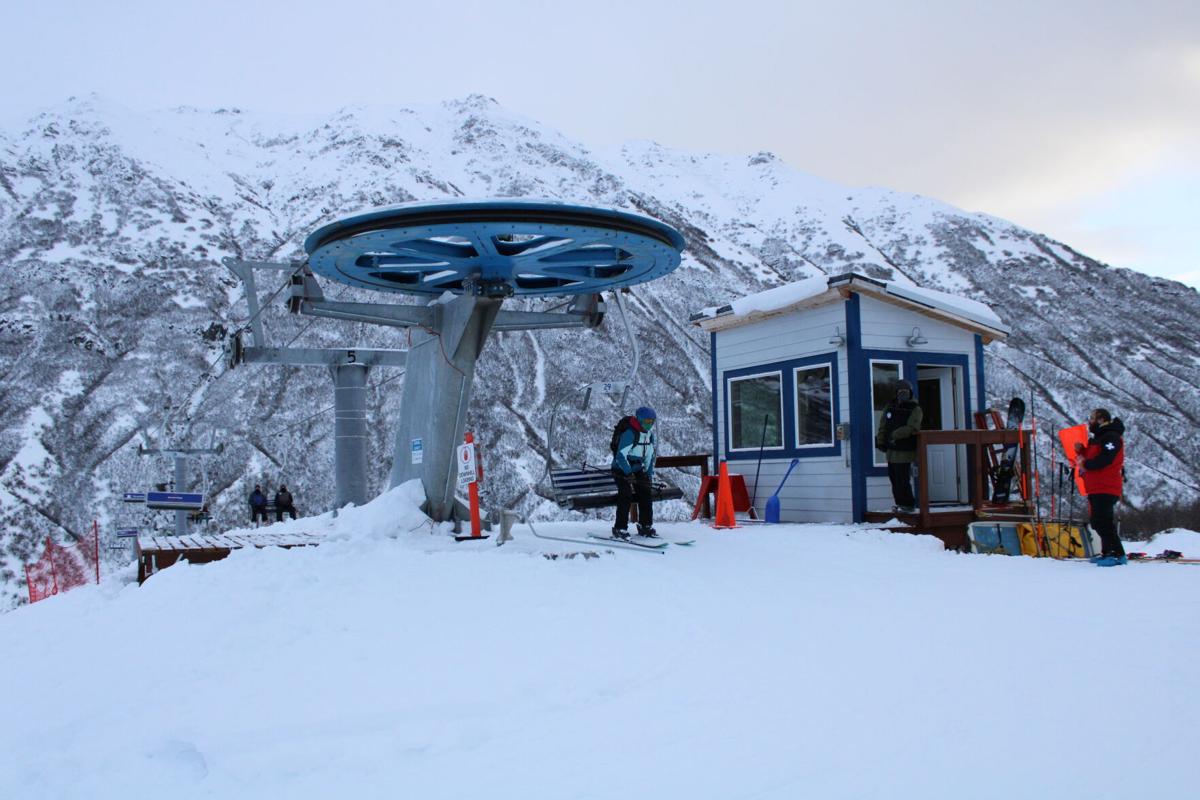 Skeetawk will open to the public this Saturday

HATCHER PASS — Last Sunday, Skeetawk Ski Area operated its fully functioning ski lift to members and season pass holders and brought lift-service skiing back to Hatcher Pass for the first time since 1972. This Saturday, Skeetawk will open to the general public after five long years of building and planning for a future in the snow.

“The things I saw this weekend was just a lot of community stoke. Everybody was just super happy about it and happy to see a lift running and I think we’re going to have a lot more good things to come as long as people just remain patient with us. Just be patient with us and more good things will come along and I think that everyone will be really happy with the development over the years,” said Skeetawk General Manager Scott Patridge. “It’s just something that, people have been waiting for so long, you know. Whether they’ve been waiting for it for 30 years or 40 years, everyone was just stoked and everyone was happy and everyone thought it was a historic day. We had a good day.”

Patridge, Mountain Director Brian McGorry and the Skeetawk staff began running the lift at noon on Sunday and kept skiers and snowboarders happy until 3 p.m. The chair lift ride takes about two minutes and opens up to 30 skiable acres and 300 feet of vertical gain. The soft opening on Sunday provided a look at “Phase 1a” of Skeetawk’s long term plans for lift-service skiing in Hatcher Pass. Even as the only ski lift currently open in Alaska, organizers hope to eventually add snowmaking and nightskiing capabilities as part of “Phase 1b” once funding becomes available to improve the snow surface and allow for longer days operating the lift.

Skeetawk began as Hatcher Alpine Xperience in 2015 and began with a goal of putting a ski lift in Hatcher Pass through a coordinated volunteer effort, and plan to build more lifts higher up the mountain in the distant future. Just two years ago, Louisa Branchflower stood in the Skeetawk parking lot and unveiled the name for the not-yet-built ski lift, which comes from a Dena’ina word.

“Our mission is to build a ski area but what’s happening is so much more. We’re building a community, making family and friends,” said Branchflower in 2018. “We want to bring together a community and give our children a place to safely recreate outside, give them a passion for recreation, for the mountains, for the sport, for the families. We want this to be a place where Valley people can afford to come regardless of income.”

Among many families who brought their young children to ski at Skeetawk on Sunday, Branchflower slid down the mountain with her 4-year-old son Oscar. After five long years helping get skiers onto a chair lift at Skeetawk, Branchflower felt a rush of emotions as she touched her skis to snow at the top of the lift for the first time.

“Unbelievable, absolutely unbelievable, very emotional. Very proud of everybody that’s put so much work into it and so good to see the kids and the happy people,” said Branchflower on Sunday. “I think it’s going great. I think our staff are amazing. Our mountain director and general manager are killing it and they’re working so hard and they’ve done such a good job staffing the mountain and getting prepared for this and it feels great to have it in the hands of very capable people.”

Since determining a name two years ago, the organizers at Skeetawk have been busy building out the structures surrounding the lift. Dave Hendrickson started the Alyeska Ski Patrol and is now serving as Ski Patrol for his 70th year in this inaugural winter at Skeetawk. Hendrickson donated a snow-cat house that was the construction area for the other buildings. A yurt was built to greet customers and a Ski Patrol shack near the bottom of the lift as well as a shack for operators at the top of the lift. With staff to patrol the ski area, operate the lifts and provide service from the yurt, the only thing keeping Skeetawk from opening to the public was the snow, which accumulated abruptly and with abundance in Hatcher Pass over the past week..

“We will be able to provide all the snow that Mother Nature allows us,” said Patridge. “We were able to work out a few kinks and come up with some more plans, so this next weekend for our opening for the general public we’re going to be fully staffed. We’re going to have a fully staffed ski patrol, fully staffed yurt, we’re trying to keep people out of the yurt as much as possible and process them through there and get them out on skis and have everyone outside and being safe and distant.”

Patridge said that the lift will begin running at 10:30 and continue running until dusk, expected shortly before 4 p.m. The skiers and snowboarders that delighted in the soft opening last weekend explored terrain along the trails ranging from beginner terrain to knee deep powder in some areas. Taking a right off the chair lift allows skiers and snowboarders the option to send it through Turner’s Terrain Park, or to stay on the groomed, beginner trail named “Altitude.” The groomed trails continue on “Altitude” but skiers and snowboarders may veer off onto the “Donlin Gold Rush” or “Branchflower” trails from that side of the ski area with slightly steeper terrain and deeper snow.

“I’ve been skiing in this spot for over 10 years so it’s pretty cool to see it happen,” said Steve Reed. “It’s just a great thing for our community.”

Reed skied with his 3-year-old daughter Arleigh on Sunday who had little difficulty gilding down “Altitude.” Taking a left off the lift puts skiers and snowboarders on the black diamond “Happy Trail” with deep powder turns along a steeper face. After turning either left or right off the lift, skiers and snowboarders can ride down the center of the hill under the chair lift on the “Glacier Bear” trail which offers intermediate terrain featuring pockets of deep powder through some light brush, ending with an option for airtime off the knoll near the bottom of the lift.

“It’s definitely got some challenges but the consequences are pretty low, there’s not some big cliffs and big boulders. There’s a lot of terrain for beginners to feel safe on and start out in and I feel good bringing my kids up here that you know barely have a week of skiing under their belts,” said Branchflower.

After a long day of skiing at the Skeetawk soft opening last Sunday, the epiphany of a working ski lift in Hatcher Pass had begun to wear off and skiers and snowboarders alike started to revel in the joy during their last laps. Small, fearless children facing daunting slopes down more difficult trails were encouraged by the voices of those on the chair lift above them. Braided tracks of lines from previous lines spread out across the hill as the sun set beyond the mountains after a full day of skiing and snowboarding at Skeetawk.

“Last weekend the snow was pretty fun and we had our soft spots and then a few spots got packed in and there were a couple little bumpy spots and then there were some rocks and sticks and stuff hanging out, so I would say early season conditions exist and you know just be careful out there. It may not be time to just like dial it up to 10,” said Patridge. “Right now we just want to be really diligent in providing a safe outdoor activity that people can do socially distanced from each other, still get outside, still be healthy, still be mentally healthy.”