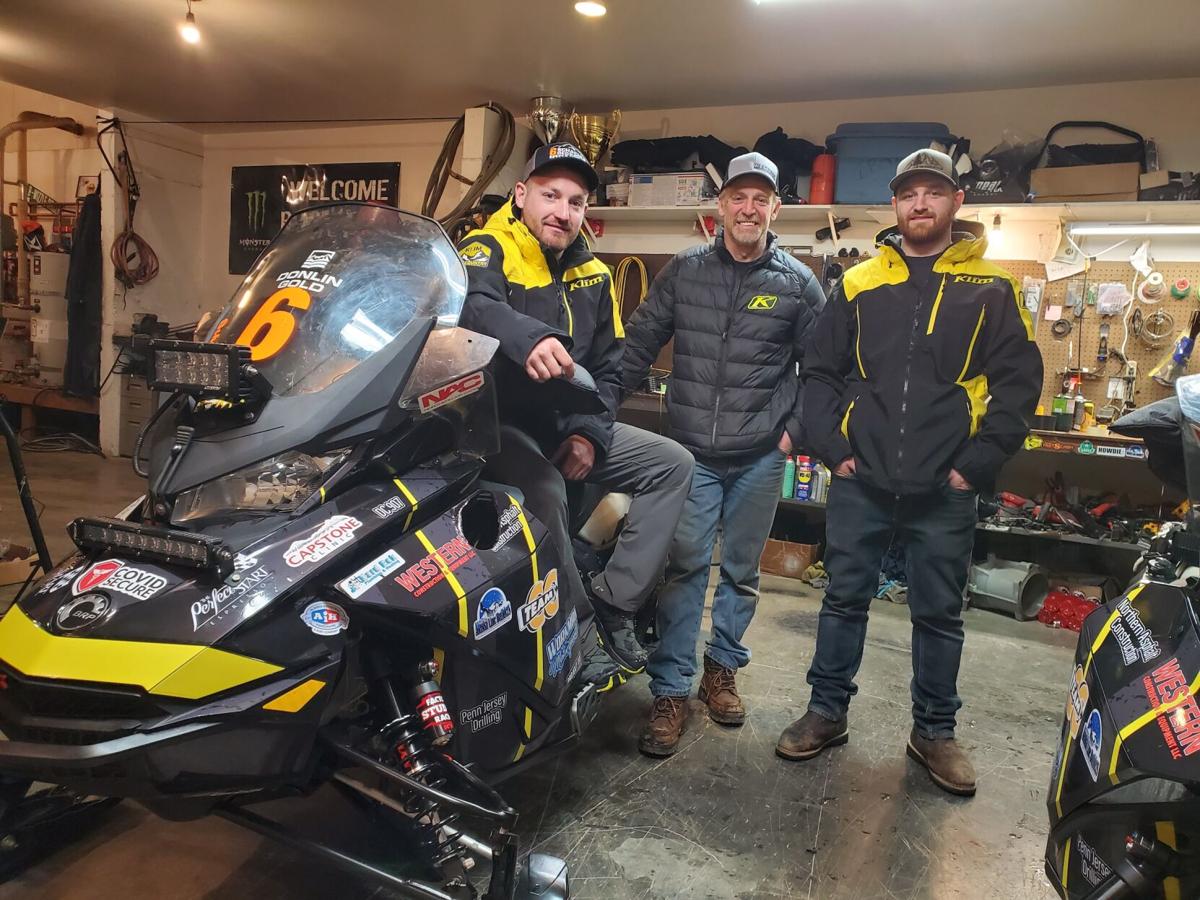 Robbie Schachle (left), Andy George (middle) and Brad George take a break from their final preparation pose for a photo. 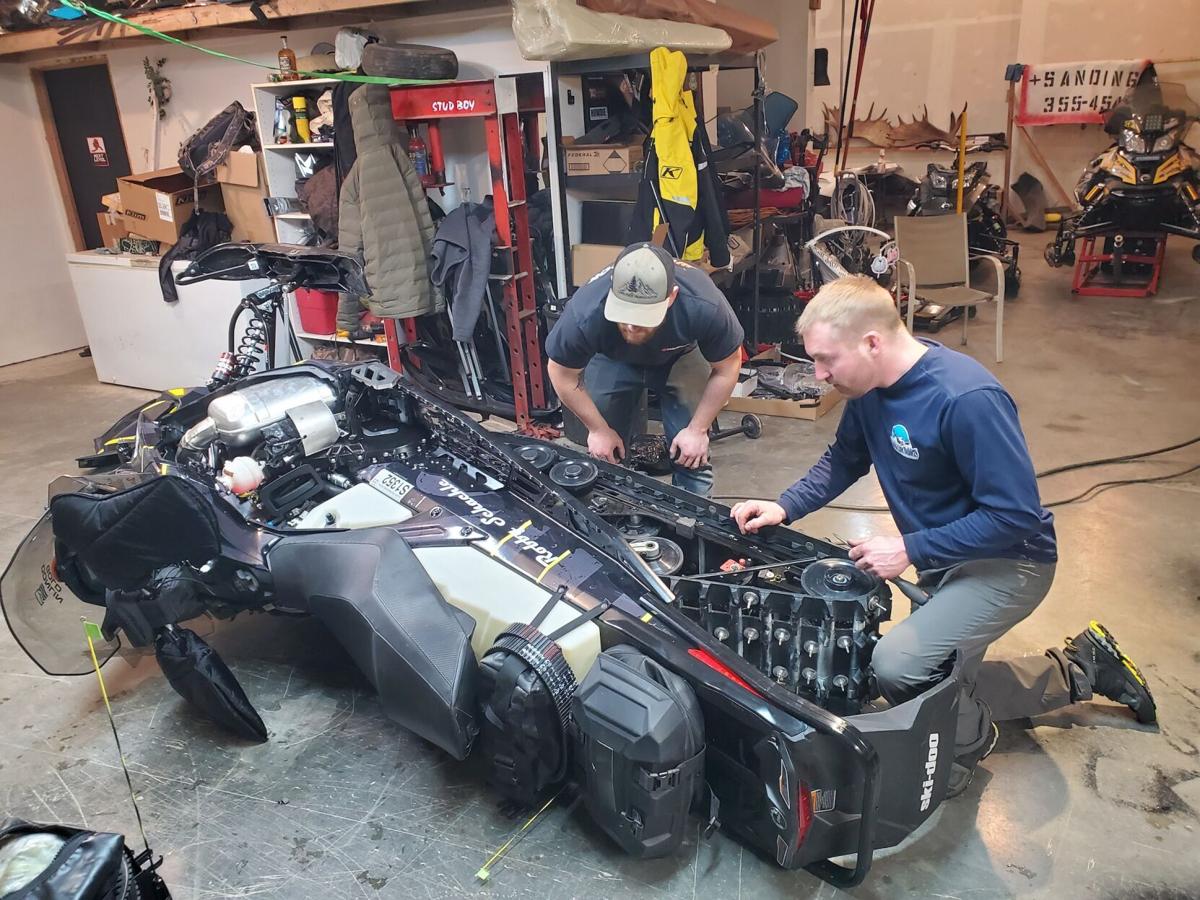 George and Schachle work on their sleds to prepare for their fourth team up for the Iron Dog. 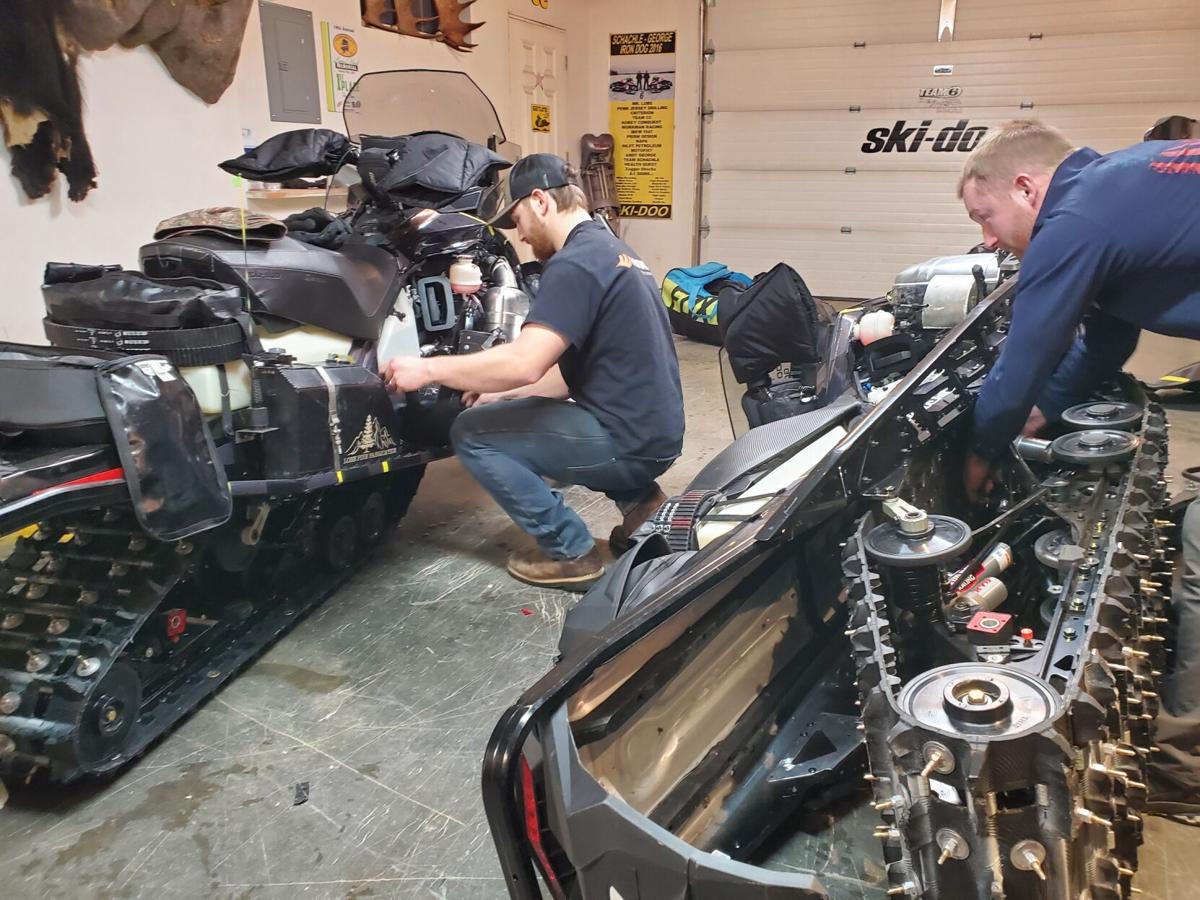 Robbie Schachle (left), Andy George (middle) and Brad George take a break from their final preparation pose for a photo.

George and Schachle work on their sleds to prepare for their fourth team up for the Iron Dog.

WASILLA — Brad George and Robbie Schachle are at it again. The dynamic Valley duo reunited under Team 6 after a two year hiatus from each other. Both racers expressed ardent determination to give everything they have this year for that long sought after first place trophy.

“We’ve definitely got our miles in training this year. We are going into this 100 percent… We feel like we’re ready,” George said.

This is George and Schachle’s fourth time teaming up for the Iron Dog. George said it’s been two years since they raced together, but they came back in full force.

“He wanted to start dating other people,” George joked.

George said that between their strong bond, rivaling skills, experience, and shared passion to win, it’s going to be their best shot at taking first place for the first time.

“Out of every race I’ve run so far, this is the best I’ve ever felt going into it as far as confidence and what we can do... Out of everybody I’ve ever rode with my entire life, me and Robbie ride the best together,” George said.

This is Schachle’s sixth Iron Dog. He said that George got him into it after meeting him through local snowmachine races. He said they turned their friendly rivalry into a powerhouse team where they can anticipate each other’s next move and keep their overall momentum going.

“This year is a real confident year… We’re both on the same page,” Schachle said.

Andy still helps his son prepare for the Iron Dog every year. He ran the iconic Mr. Lube auto shop in downtown Wasilla until January of 2019, selling the building and moving onto retirement, focusing on his favorite things, snowmachining and his family.

“Dad is here helping out every single day,” George said. “This was always my dad’s dream. So, he loves it and he loves seeing me racing. I don’t think there’s more that dad would want, seeing me race Iron Dog… When I was five, I knew exactly what I wanted to do when I was 18. That was one of my earliest memories.”

“I told Brad, ‘you need to get a new partner. I’ll be slowing you down,’” Andy said with a laugh.

Schachle said that he clocked in about 1,000 hours and 3,000 miles preparing for the Iron Dog with George, taking long trips as far as Nome on their practice sleds, tweaking their rigs in the shop, and mapping out ways to maximize their efficiency on the trail.

“You’re not gonna get that kind of training in the gym,” Schachle said.

George said that he lost by less than five minutes two times. He said that he’s going to reduce the chances of running into avoidable mistakes and taking too long on tasks that can be expedited.

“You’re on the clock,” George said.

George explained that every second adds up, so saving even 30 seconds changing the oil by cutting a hole directly above the tank compounds over each checkpoint, making or breaking the last few minutes on the final stretch to the finish line.