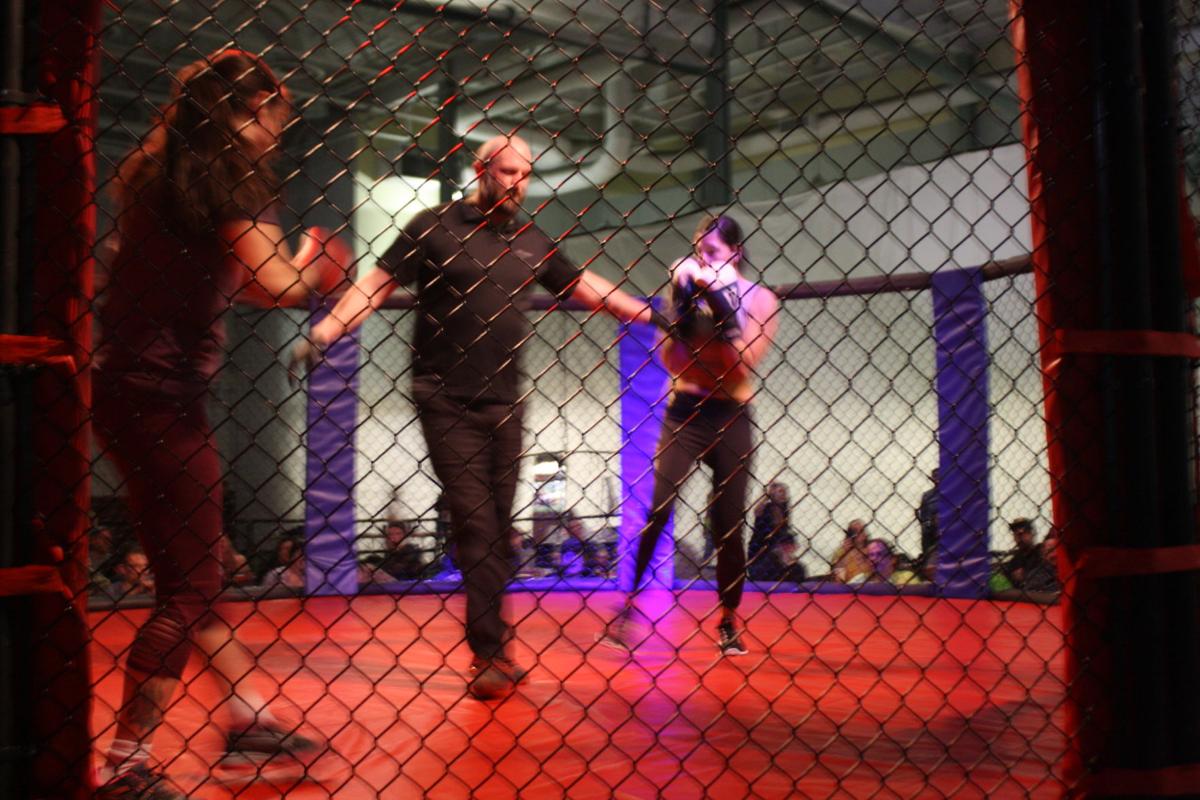 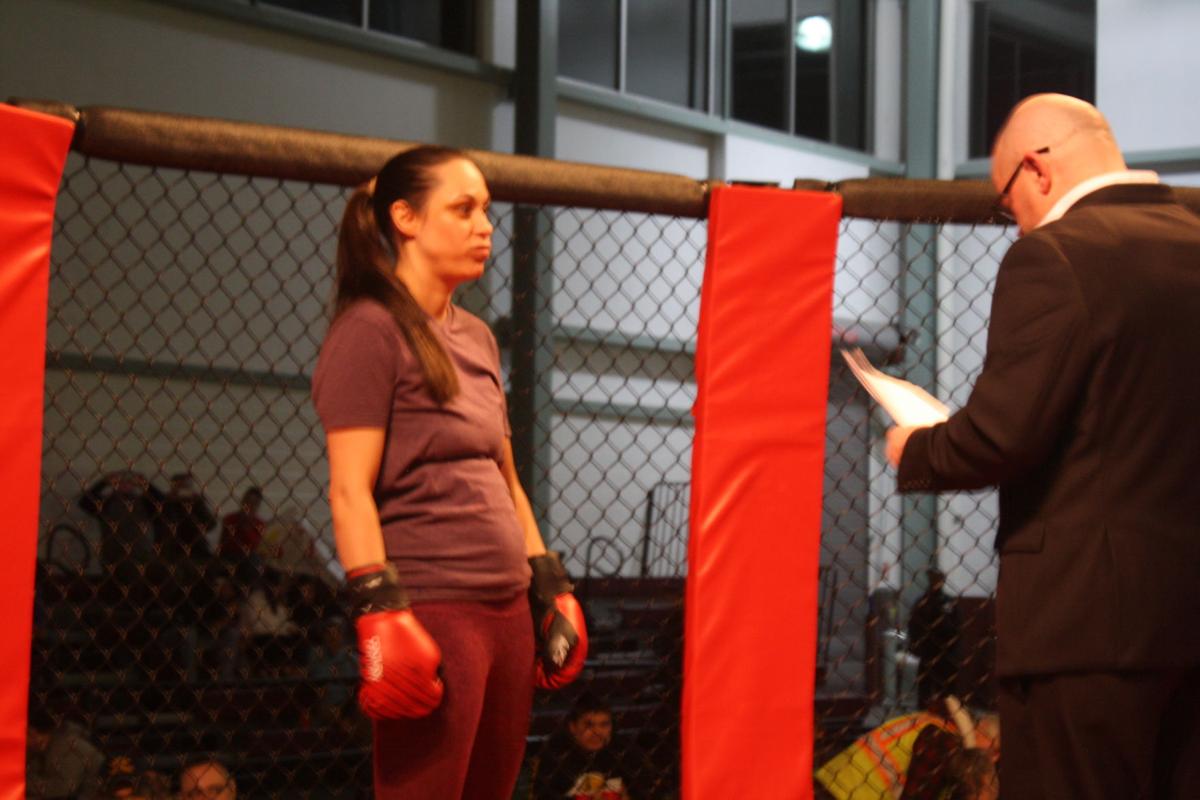 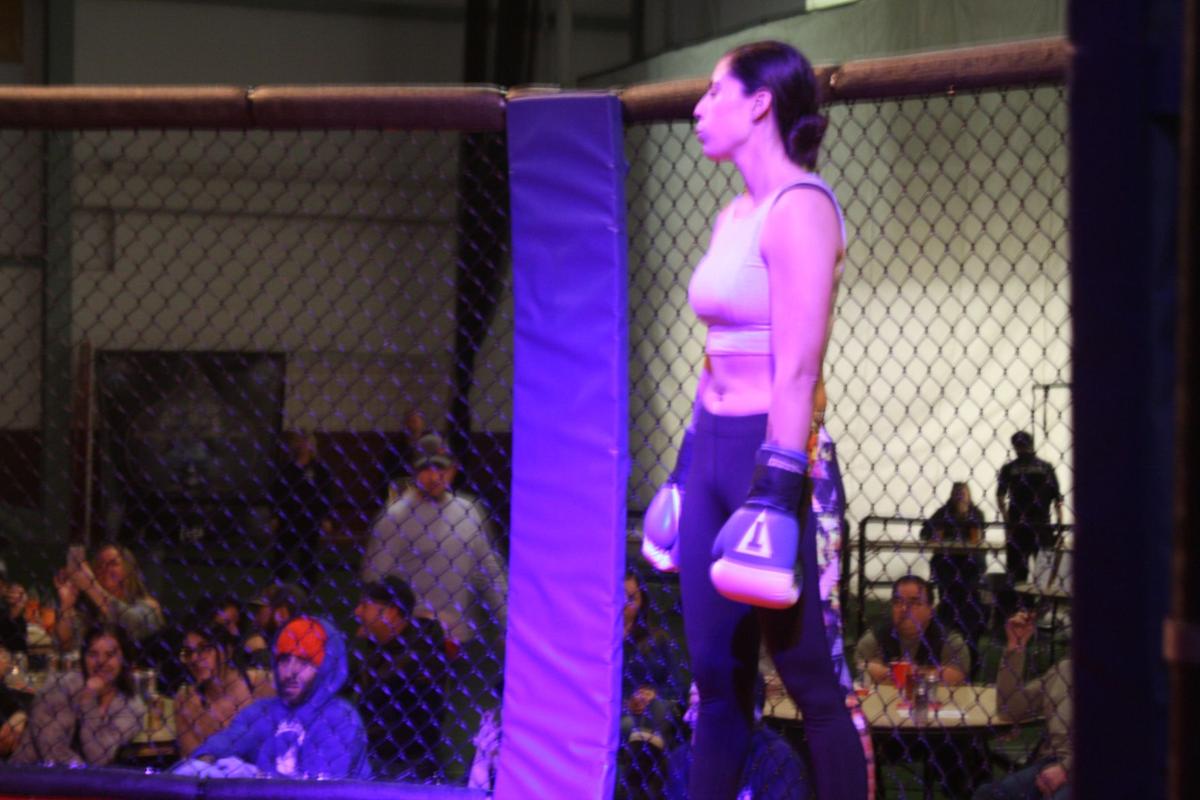 Naomi Mistor and Sophie O’Connell went head to head in a women’s boxing match inside the fighting cage.

O’Connell won the match after several rounds. ACE owner Billy Christensen said both rookies showed a lot of energy and determination in the ring.

“We did not have a loser in that fight. Let’s hear it for these ladies,” Christensen said to the crowd.

The crowd applauded the women heavily and several attendees said, “good job” as each one left the ring.

Toward the main entrance of the Menard Sports Center, O’Connell, 32 and Mistor, 40 were seen hugging and talking about the match. They shared laughs and words of encouragement and parted ways.

O’Connell and Mistor are part of a small handful of Mat-Su Valley women fighters currently on the ACE roster, according to Christensen. He’s eager to see more.

This was O’Connell’s second fight total. As a newcomer, she said she was initially nervous about finally entering the ring but once she immersed herself into the ACE fighting community, she was welcomed with open arms.

O’Connell said her boyfriend got her into fighting as a sport and they started training together three or four years ago. She said one of the main reasons it took her this long was more about stage fright than the fight. She said that she finally said enough is enough and jumped right in, and she’s glad she did.

“It was really exhilarating. It was like, the most fun I’ve ever had,” O’Connell said. “I hope to stick with the training and keep doing it.”

O’Connell said that so far, it seems she’s entered a new chapter of her life. She said pushing herself to do it helped her get past her stage fright and she was rewarded with an amiable crowd to perform for. She said the ACE audience is a lot of more engaged and supportive than the likes of other venues like the Alaska Fighting Championship in Anchorage.

O’Connell’s advice to local women covering giving ACE a try is this: “You just gotta’ go for it.”

As one of the only two women fighting that evening, O’Connell expressed an interest to see more women in the ranks. She hopes her fights and other women’s fights with ACE will inspire others to try it out as well.

“It would be good to inspire more girls because we need more girls,” O’Connell said.

This was Mistor’s first fight ever. She was born and raised in the Valley. She said that she got into the fighting sport because she overheard a woman talking about it at the bar and thought it sounded like fun.

“I think it’s freaking awesome…. It’s a fun sport to be a part of,” Mistor said.

She said her grandfather was a boxer and she had her occasional “high school scrap” back in the day. When it came down to it, amateur fighting sounded like something she wanted to try so she went for it.

“I set my mind to something and I do it… I’m a little bit of a daredevil,” Mistor said with a laugh.

ACE is hosting a special Ladies Night Fight event in conjunction with Valentine’s Day next month, according to Christensen. He said that he hopes to feature at least one women’s fight that evening and encourages any local women who may be interested in trying their hands at any of the fighting sports to reach out.