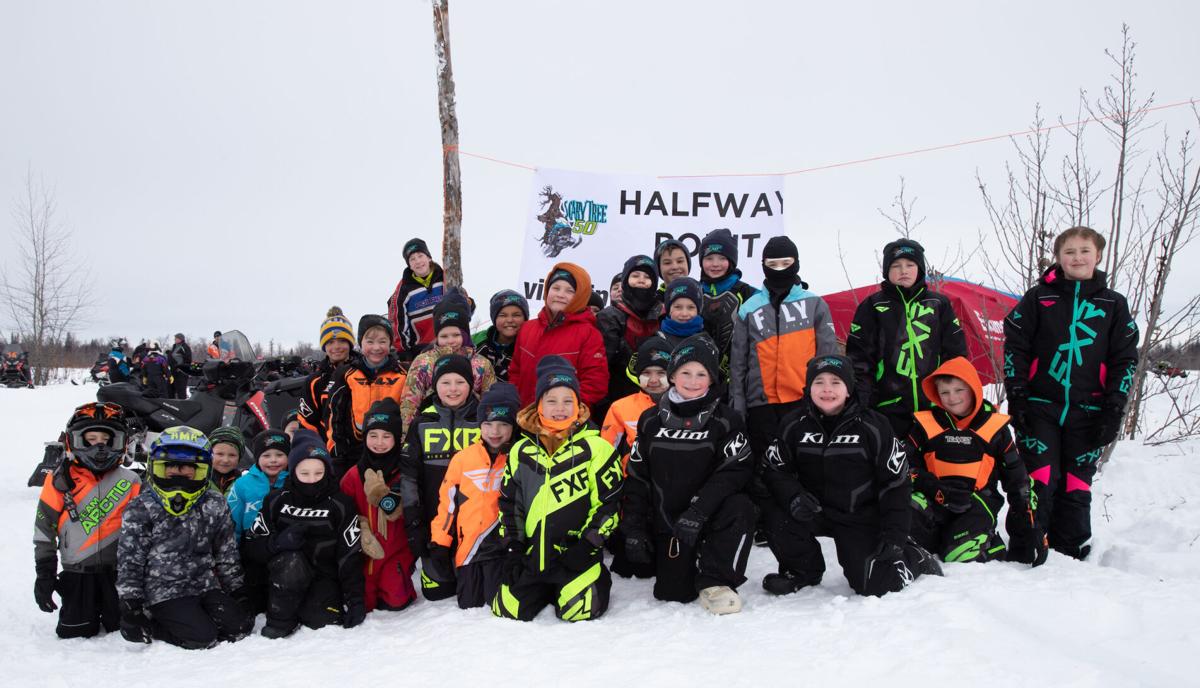 Sixteen teams participated in the first youth cross country snowmachine race March 14, racing a total of 50 miles from Big Lake to Scary Tree and back. 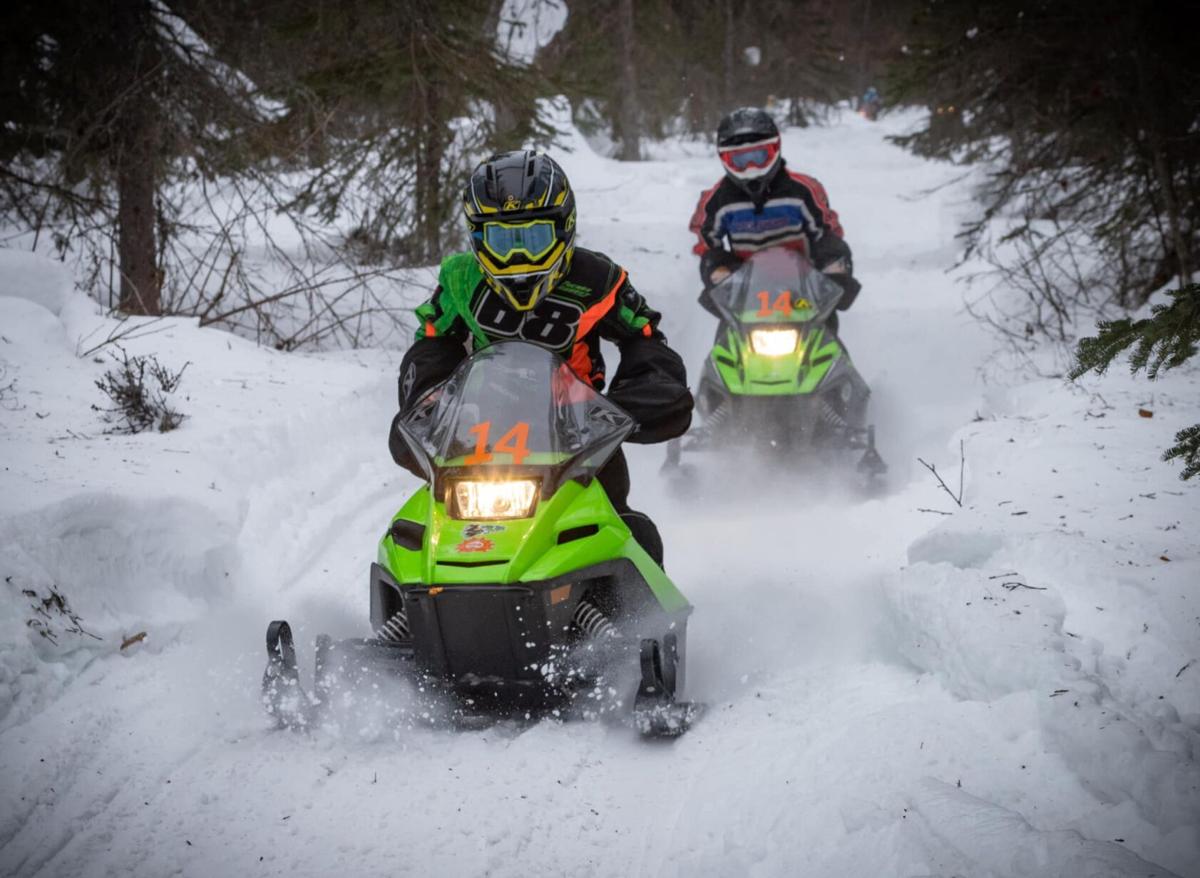 Sixteen teams participated in the first youth cross country snowmachine race March 14, racing a total of 50 miles from Big Lake to Scary Tree and back.

“It was really great and the feedback that came from it was super awesome. Everyone was really supportive,” Event coordinator Hillarie Gossett said. “This was really a grassroots kind of thing. We had some amazing sponsors the came on to help us all out and make sure it kicked off really professional looking, but it was put on by moms and dads, and the day of volunteers just came out of the woodwork to help these kids.”

Teams made up of two youth riders accompanied by two adult escorts took off from Big Lake to the Scary Tree 25-mile marker on the Yentna/Susitna river confluence and made their way back to Big Lake after a short layover for food and rest.

“So, they could be parents. They could be adults that ride. We were really excited because we had a ton of Iron Doggers that decided to partake. Some of them had kids in the race, and then others were helping out their friends whose kids wanted to be a part of it,” Gossett said.

Jackson Carmichael and Devin Krause of Team 14 won the inaugural race. Gossett said it was an exceptionally cold day, and she marveled at all the participating kids’ tenacity braving the elements and rugged terrain.

“They’re just intense, tough kids, which was cool to see that level of competition going for it,” Gossett said.

According to Gossett, the Scary Tree was a “hideous, ugly looking tree” that became a famous mile marker for Iditarod mushers, Iron Dog riders, and others frequenting the trails and rivers. It was eventually torn down, but the location is embedded in countless community members’ memories.

“When we decided to name the event Scary Tree 50, people who’ve been on the trail, it was kind of nostalgic to them,” Gossett said.

Hillarie’s husband Timothy Gossett and Kyle Krause established this event to foster the coming generation of snowmachine riders with an annual opportunity to hone their skills for Iron Dog and other races.

She said both of their families have sons that run short-track races, and they worked alongside community partners and volunteers to get this event off the ground. She noted that it fills gaps missing in the local youth race scene, but their other main objective was to provide a friendly and supportive environment to bring local families closer together.

“The hope was is that this would promote the community, both moms and dads to go out on trails and trail ride with their kids, get out in the Alaskan wilderness, go long distancing camping. Especially if you’re competitive, it’s a really good excuse to get out and train for this race [Iron Dog], and having your whole family around,” Hillarie said.

Krause said they partnered with the Big Lake Aurora Lions Club and the Big Lake Trails Association with the support of about 70 volunteers from the community to put on the first Scary Tree 50 event.

“They were a huge part of this. Without them, it never would’ve happened… It was a huge group effort… The support that we got from the community was absolutely amazing,” Krause said.

Krause received the Red Lantern award during his 2019 Iron Dog run with his race partner, Michael Lilly. He said that his ambition for this event is to help reinvigorate the overall Alaskan cross country snowmachine racing scene by creating opportunities for youth riders to gain experience on the trail.

“The motivation for myself was to get cross country snowmachine racing back to Alaska… due to lack of juniors racing... There isn’t anything until they turn 18. So, we’re just trying to brief that gap,” Krause said.

Krause said that he intends to establish three or four more related events, including the creation of an event coinciding with Iron Dog called Iron Pup. He said that Iron Dog is allowing them to use the name and they’re fully behind the idea of the new event. He said they even let them use their trail markers, climb arch, and starting chute for the Scary Tree 50.

“They have been behind us from the beginning,” Krause said.

Hillarie said it was an incredibly successful starting event, and they’re all excited for the next one.

“As of now all things are go for next year,” Hillarie said.