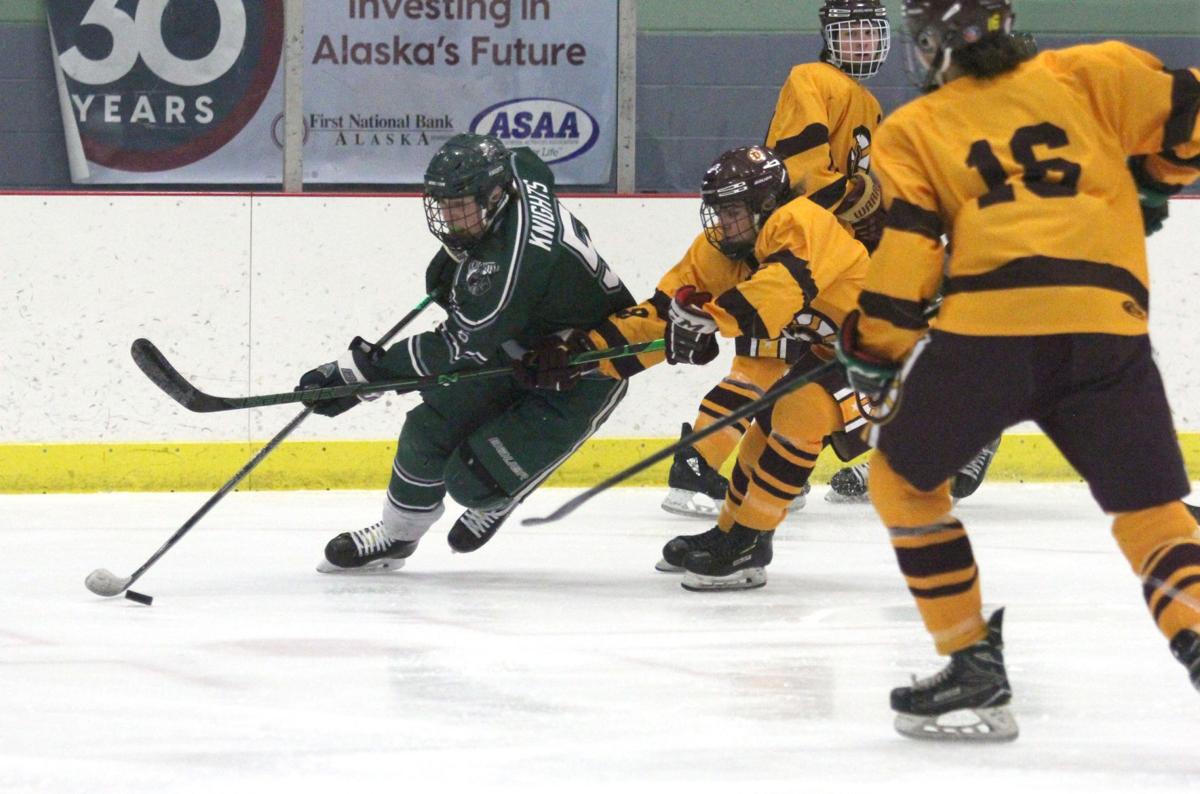 Colonys Kaden Ketchum powers the puck down the ice during a 3-2 double-overtime win over Dimond during the ASAA First National Cup state quarterfinals Thursday in Wasilla. Ketchum collected a hat trick in the win. 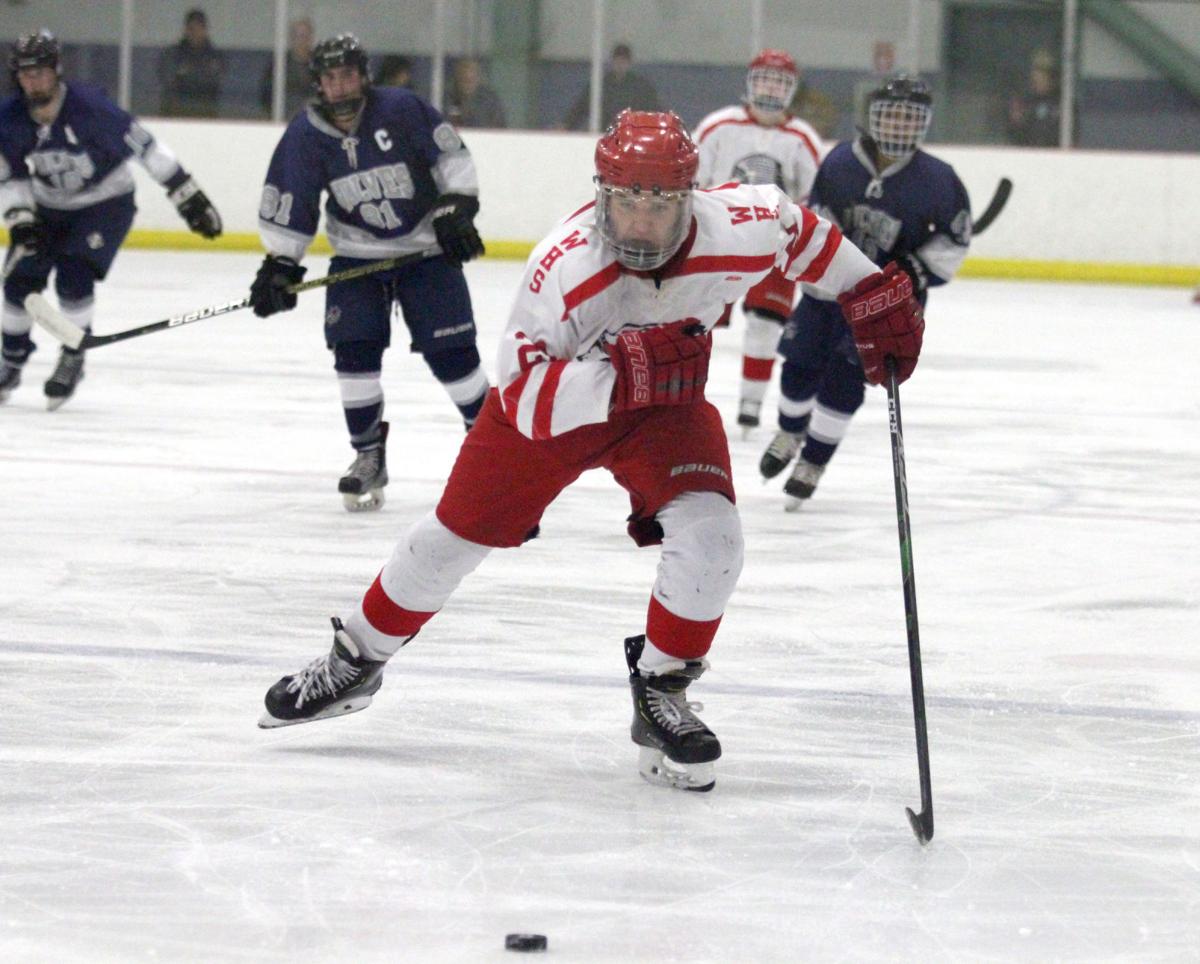 Wasilla's Langston Bouma follows the puck down the ice during a 7-4 win over Eagle River during the first day of the ASAA First National Cup.

Colonys Kaden Ketchum powers the puck down the ice during a 3-2 double-overtime win over Dimond during the ASAA First National Cup state quarterfinals Thursday in Wasilla. Ketchum collected a hat trick in the win.

Wasilla's Langston Bouma follows the puck down the ice during a 7-4 win over Eagle River during the first day of the ASAA First National Cup.

While some scratched their heads when Colony drew the seventh seed, the Knights didn’t fixate on the spot on the bracket.

“We just went in knowing we can do it,” Colony junior Kaden Ketchum said.

And the Knights did it.

Ketchum scored with 28 seconds left in the second overtime to help Colony upset second-seeded Dimond 3-2 during the first round of the ASAA/First National Cup Division I state hockey championships Thursday evening at the Menard Center in Wasilla.

“I have no words. That was crazy,” Ketchum said.

Ketchum, who bagged a hat trick in the victory, knocked in a rebound off his own shot to supply the game-winner. Ketchum’s goal was one of only three shots in the second overtime, all coming during the final moments. Colony was held without a shot in the first eight-minute overtime.

Dimond outshot Colony 46-17 in the game, but Colony goalie Bryant Marks came through with a monster 44-save effort.

“He is so good,” Ketchum said of Marks, who is just a sophomore. “He’s always on his game.”

Marks stopped all 15 shots he saw during the two overtime frames.

Ketchum put the Knights on the scoreboard, scoring with only 9.5 seconds left the second period to tie the game at 1. Ketchum also tied the game at 2, scoring only 14 seconds after Dimond took the 2-1 lead midway through the third. Carsen Lantto and Carson McLaughlin finished with an assist each in the win.

Colony will not be the only Valley team skating in the state semifinals Friday night. Wasilla bounced Eagle River 7-4 on the other side of the bracket. The Warriors will face top-seeded West Anchorage Friday at 5 p.m. and the Knights will follow against third-seeded South Anchorage at 7:30 p.m.

The fourth-seeded Warriors scored three times in the third period during the win over the fifth-seeded Wolves. Langston Bouma provided the eventual game-winner on the power play with 5:42 left to play. Troy Randall added a Wasilla goal just after that power play expired. Randall led the Warriors with two goals and two assists in the win. Chase Schachle had a team-high three assists. Six different Warriors finished with a goal.

Eagle River led early in the game, but Mason Mulneaux took a centering pass Schachle on the back boards to tie the game at 1. About two minutes later, Randall sent a shot from the right wing to the back of the net to give Wasilla the 2-1 lead.

Eagle River tied the score at 2 late in the first. Garrison Holler chipped in a rebound during the first minute of the second to give Wasilla the 3-2 lead. Wasilla would never trail again.

In other first-round action, top-seeded West beat Service 6-1. South got past Homer 4-2.