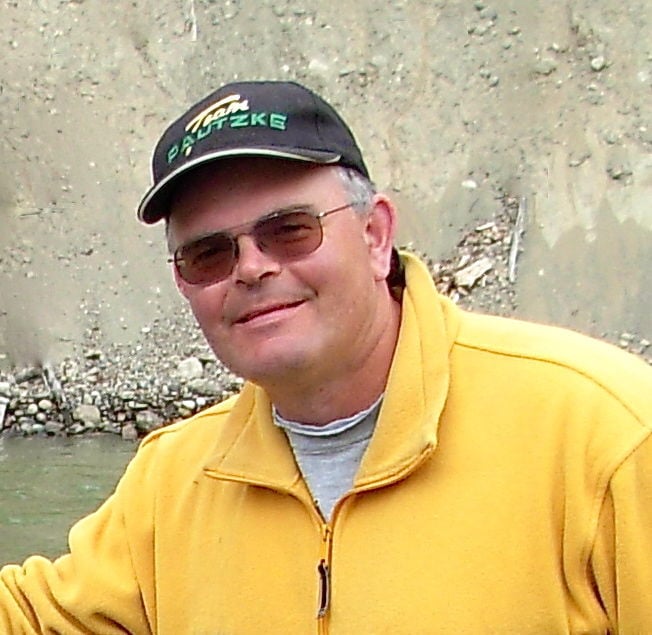 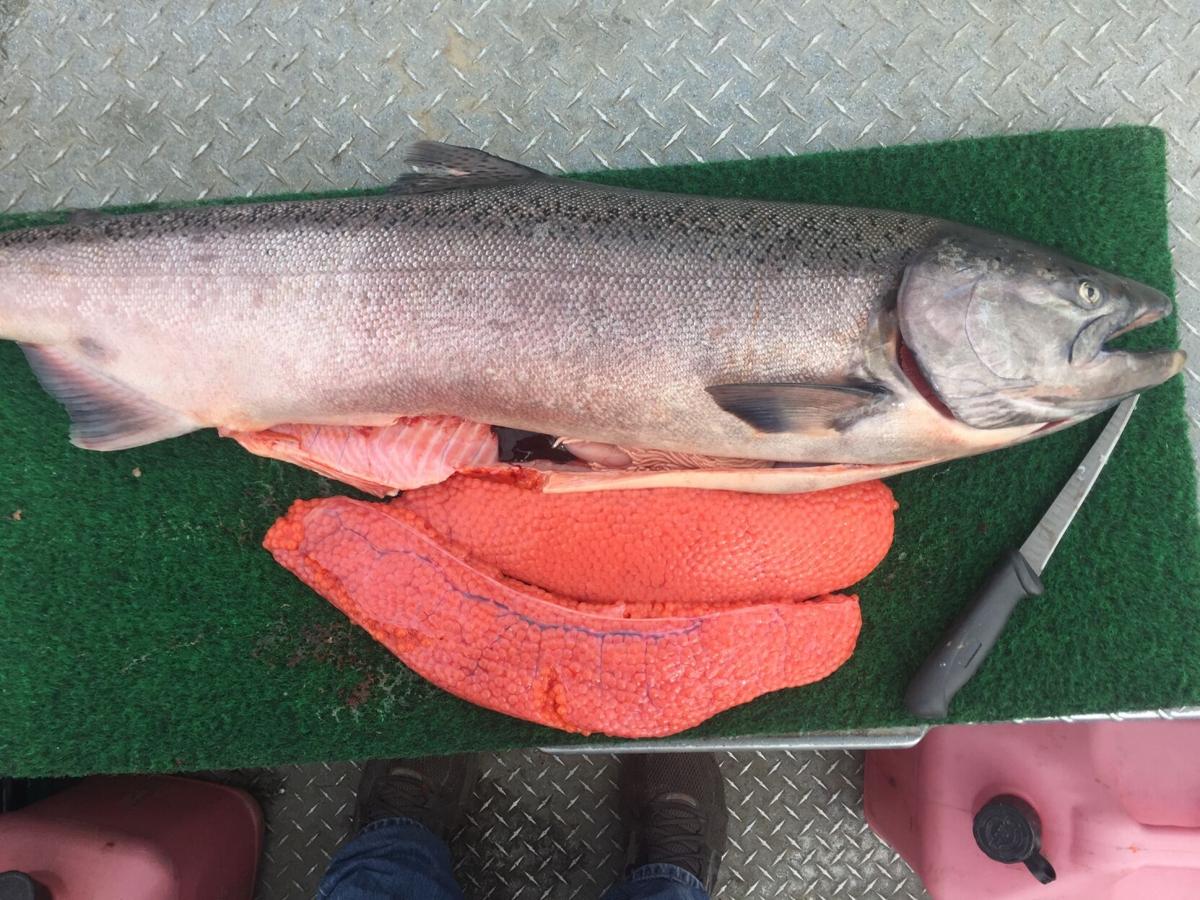 When curing the roe from this large mature Deshka River king salmon, I cut the egg skeins into bite-sized pieces to facilitate better curing.

When curing the roe from this large mature Deshka River king salmon, I cut the egg skeins into bite-sized pieces to facilitate better curing.

As mentioned in last week’s column July 14 is the transition day from conservative wild king salmon season regulations — to more liberal fishing opportunities aimed at harvesting more abundant pink, chum, sockeye, and coho salmon resources. By the time this column is published in Friday’s paper some Mat-Su anglers will already be taking advantage of the new season’s opportunities. If you are unfamiliar with regulations for specific locations be sure to do a check and see which of these options may apply. Most of them apply through out the Susitna River drainage, however, some specific waters of the Susitna River drainage remain under single -hook artificial lure regulations. Time restrictions also remain in effect on the fishery near Larson Creek up the Talkeetna River. The number of pink, chum, sockeye, and chum salmon in Mat-Su streams will be relatively low through this weekend, however, the new liberalizations will provide some anglers a better opportunity to catch and harvest some of those salmon that are now starting to enter Mat-Su freshwaters.

Parks Highway Road Accessible StreamsMike Hudson of 3 Rivers Fly and Tackle in Wasilla on Monday mentioned hearing of a few pink salmon starting to show up at Mat-Su locations — but said he’d likely hear quite a bit more after the liberalized regulations were in effect starting on Wednesday of this week. Willow Creek, Sheep Creek, and Montana Creek provide 3 of the biggest road accessible fisheries along the Parks Highway north of Willow. Fishing locations near the confluence of these streams with the Susitna River is where most of the early season action and harvest occurs. Pink salmon will like be the most abundant salmon available at these fisheries by this weekend. Flies, small spoons, and spinners are good producers of pink salmon. A few chum salmon and silver salmon will likely also be available — but expect limited numbers of these larger salmon this early in the season. Other smaller streams and / or streams with more limited access may also provide limited salmon harvest opportunities in this area over the weekend and during the coming week.

Parks Highway Trout and Grayling CatchingWhile the salmon fisheries are only just starting to build, Hudson also mentioned that trout and grayling fishing had been excellent along the Parks Highway streams recently and would likely continue as long as the low stream flows and good water conditions that were occurring early this week. One of my friends mentioned how important he considered getting an early start when trout fishing — he likes to camp near the stream he intends to fish and get out on the water at first light. The lower stream flows may have more of a positive effect on the trout fishing — while somewhat restricting new salmon migrations up the smaller streams. Some of the upper sections of these stream are open to trout fishing, but closed to salmon fishing so learn what boundaries exist for the waters you intend to fish.

Nancy Lake System Northern PikeNorthern Pike inhabit several lakes within this system, and may be active in shallow waters during the month of July. What better time to catch them than during the slower time between king salmon season and peak of the next salmon runs? Look for pike in shallow and weedy areas. Weedless or semi-weedless lures provide a distinct advantage in this environment, although careful casting can produce positive results with nothing more than a simple spinner or spoon. In clearer waters another exciting aspect of pike fishing is that it can often be sight fishing for specific fish or specific larger fish. When watching a large fish engulf your lure — wait until you feel the strike before setting the hook —otherwise excitement may cause you to jerk too soon, and pull the lure away before the lunker has closed it’s mouth.

Harvesting and Curing Your Own BaitSeveral of my guests ask me where I get my bait or how I cure it. Like many Mat-Su anglers salmon caught on fishing trips provide me with all the salmon roe I use. I prefer the tighter egg skeins from early-run sockeye, coho, or king salmon when curing roe for bait, because they tend to stay in an egg loop knot better. Roe from all salmon species will catch fish, however. Taking good care of your salmon — bleeding the fish and storing it on ice also is good care for the roe. After removing roe from the fish continue to keep it cool until starting the curing process. For best results I like to cure as soon as possible. When curing small skeins from early-run fish I may cure whole skeins, but with larger skeins I prefer to cut the roe into bait-sized pieces. I cut the pieces extra large, as the roe tends to shrink a bit as it cures. Next I pour a think layer of Pautzke’s Fire Cure in a bucket, follow by a layer of small skeins or bait-sized pieces, followed by additional layers of cure and bait with my last layer being cure. I then thoroughly mix the cure into the bait by stirring with my plastic glove-covered hand. I let the bait and cure soak in the bucket for 2 — 4 hours. Next I drain extra juice off the bait by pouring the bucket into a colander over a second bucket. Finally I dry the drained bait on newspaper until it is firm but still soft — like a gummy bear. Drying time can vary considerably depending upon weather conditions. After curing I freeze any bait I will not be using, within a day or two, in ziplock bags.

Good Luck and Fish On!

Andy Couch is a 35-year Mat-Su Valley salmon fishing guide and Pro Staff from Pautzke Bait Company. You may read his daily fishing reports on his Fishtale River Guides website at https://www.fish4salmon.com/alaska-fishing-reports/