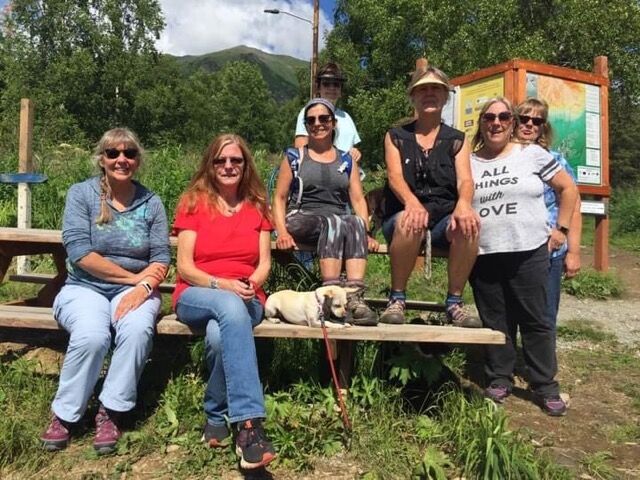 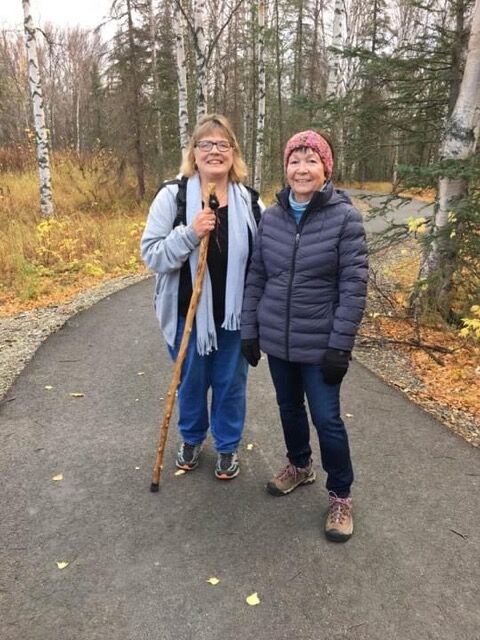 WASILLA — Joann Utt, Vonnie Sweeney and several other retired women in the Palmer area banded together to form Valley Explorers, a laid back hiking group that gives them the chance to stay active and stay connected amid the socially distant times.

Utt said that she’s 68 years old and most of the members are over 60.

“So, it’s sort of like, we wanted to get out and stay healthy because who knows how many years we have left,” Utt said with a laugh.

Utt said their group is composed mostly of retired MEA employees like Maria Benson who’s currently overseeing group notifications since she’s out of town. Utt noted that another member, Debbie Werner, came up with their name.

Valley Explorers officially started last April, according to Utt. She said they offer a very laid back atmosphere with members cheering each other on.

“We all work together,” Utt said.

Utt born and raised Palmer. She said most of the members are from Palmer as well, so most of their hiking destinations are places like Hatcher Pass and the Matanuska River Park.

“We started it because in the winter time you get bored and we retired and we didn’t see each other that much… Our mission was: that we all get together, we all have fun and we all challenge ourselves,” Utt said.

Utt said that anyone interested in joining their group is welcome to join them. She said they typically meet on Wednesdays.

Looking forward, Utt said their goal is to stay in the best shape they can while having the best times they can.