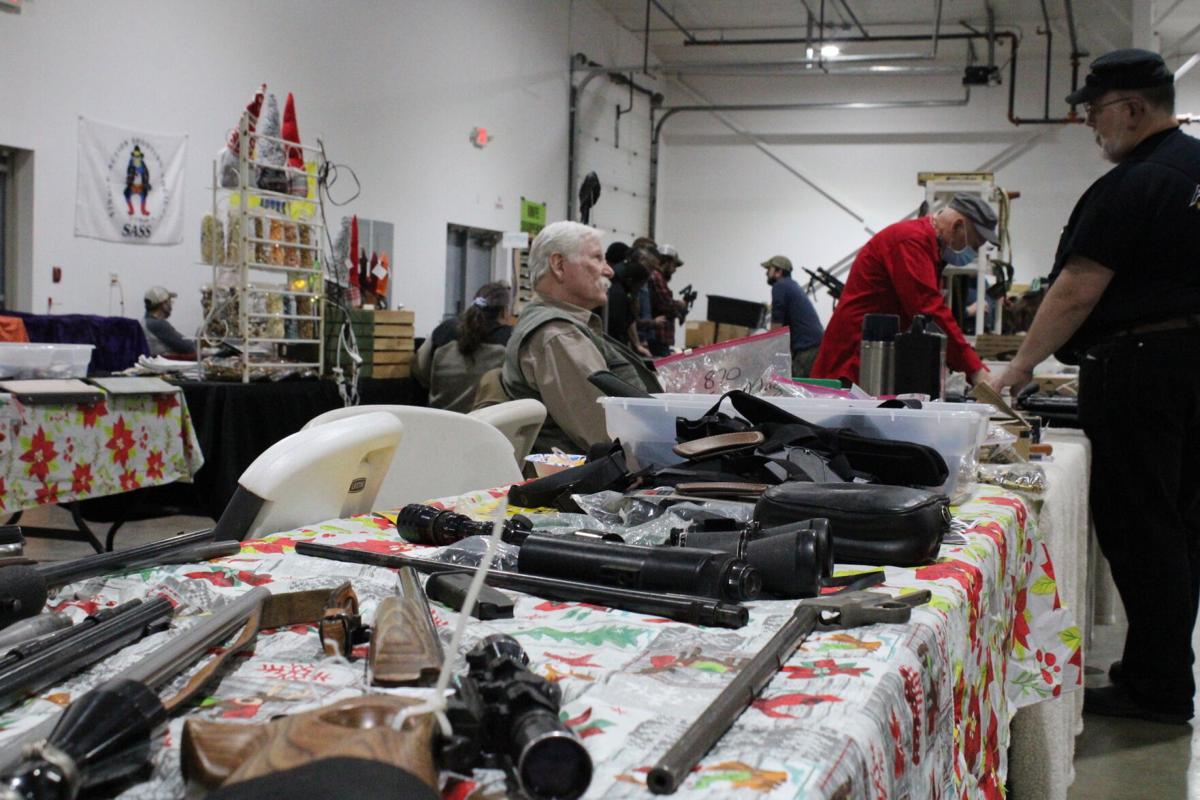 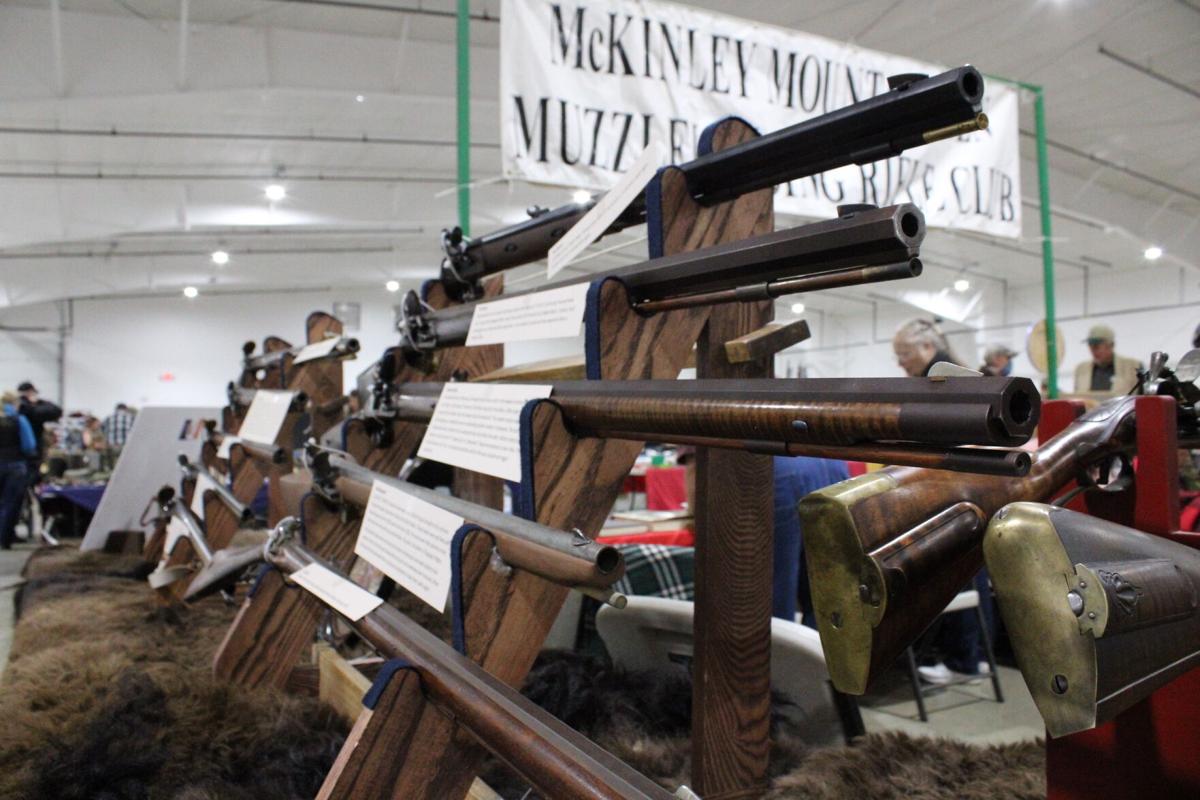 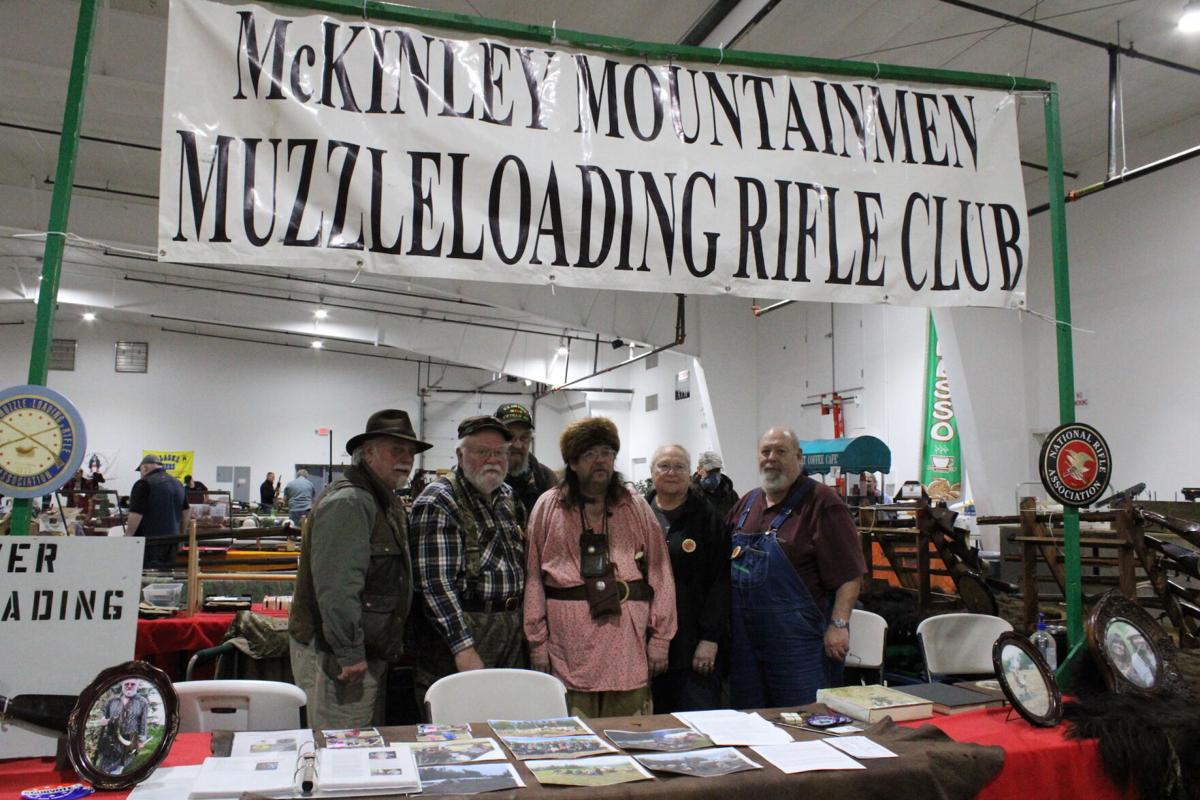 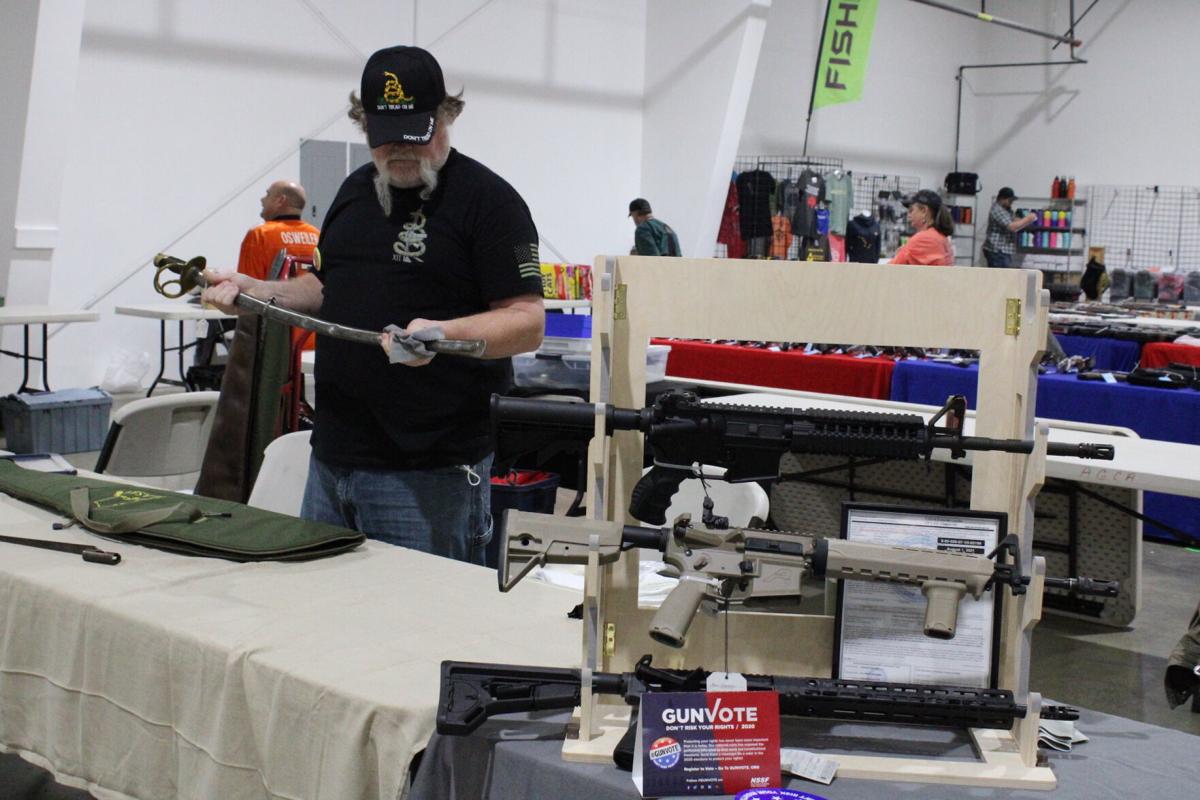 PALMER — Many Valley residents and visitors from across the state cycled through the Alaska Gun Collectors Association’s gun show at Raven Hall late last month.

“It was a really good show. We were safe about it,” Gunshow chairman Jeremy Dowling-Wise said. “People were just really excited about getting out and having something to do.”

According to Dowling-Wise, the last show the Alaska Gun Collectors held was last December in Anchorage. He said there hasn’t been any gun shows in the Valley since at least February. He said it was good to get back in the swing of things, noting that a lot of people have been missing this experience all year and seemed thankful for the opportunity.

“There are other gun shows to come,” Dowling-Wise

The Alaska Gun Collectors is a nonprofit organization that was established in 1972, according to David-Wise. He said events like these help them raise money for annual youth scholarships. He said there’s about 14 students currently enrolled in their program.

The Raven Hall was filled with a plethora of firearms from various eras of history, from black powder muskets leading up to the modern marvels gleaming with shiny gunmetal. Guns weren’t the only wares on display. There was an array of swords, knives, hunting gear, camping and survival items, and numerous locally crafted goods and clothing for sale.

“We had a good variety,” Dowling-Wise said.

McKinley Mountainmen Muzzle Loading Rifle Club member Calvin Pope was one of several gun enthusiasts happy to have the opportunity to catch up with old friends and meet like minded people again.

“I loved it… It’s been an excellent weekend,” Pope said. “We haven’t had one in so long… Everyone I talked to in here has said they loved it.”

Pope is involved with a club that focuses on historical accuracy and reenactment, but that didn’t stop him and his fellow members from ogling at the vast collection of guns brought to the state from across the world and vast ocean of time.

“We saw a lot of stuff,” Pope said. “Whether they hunt or they target shoot, Everybody [here] likes to shoot… You’ve got everybody here. You’ve got the cowboys. You got guys with the automaticsYou’ve got the guys who collect everything. It kind of gave us a rounded view of everyone because we don’t know when the next one’s gonna be. I think everybody’s just pleased to have it.”

Pope has been a member of the McKinley Mountainmen for over 20 years.

“The camaraderie in the club is great,” Pope said.

McKinley Mountainmen Secretary treasurer Keith Mathis has been a member of the club since 2000. He said the Alaskan chapter is part of a national association that brings mountain men and mountain women together to shoot black powder rifles and pistols while holding reenactment festivities throughout the year.

Mathis said the club meets in Eagle River the third Thursday of month, and they have members from across the state, noting that about half of them are from the Valley.

They hold numerous rendezvous events throughout the year, harkening back to the pioneer history of mountain hunters and trappers using events like those to trade goods and collect supplies for the coming year. It was also a chance to socialize, another element these rendezvous share with the modern gun show.

Mathis said their members use events like this weekend’s gun show as a platform to sell their vintage firearms and other goods. Their booth also had various historical pieces set up just for display, with some members even garbed in their historically accurate clothing.

Mathis said their next rendezvous takes place on Memorial Day Weekend. He said they hold monthly rifle and pistol shoots at the Matanuska Valley Sportsman Range, rifles on the third Saturday and pistols on the second Tuesday each month.

Dowling-Wise noted there were no automatic rifles for sale at the gun show, only ones setup for display purposes.