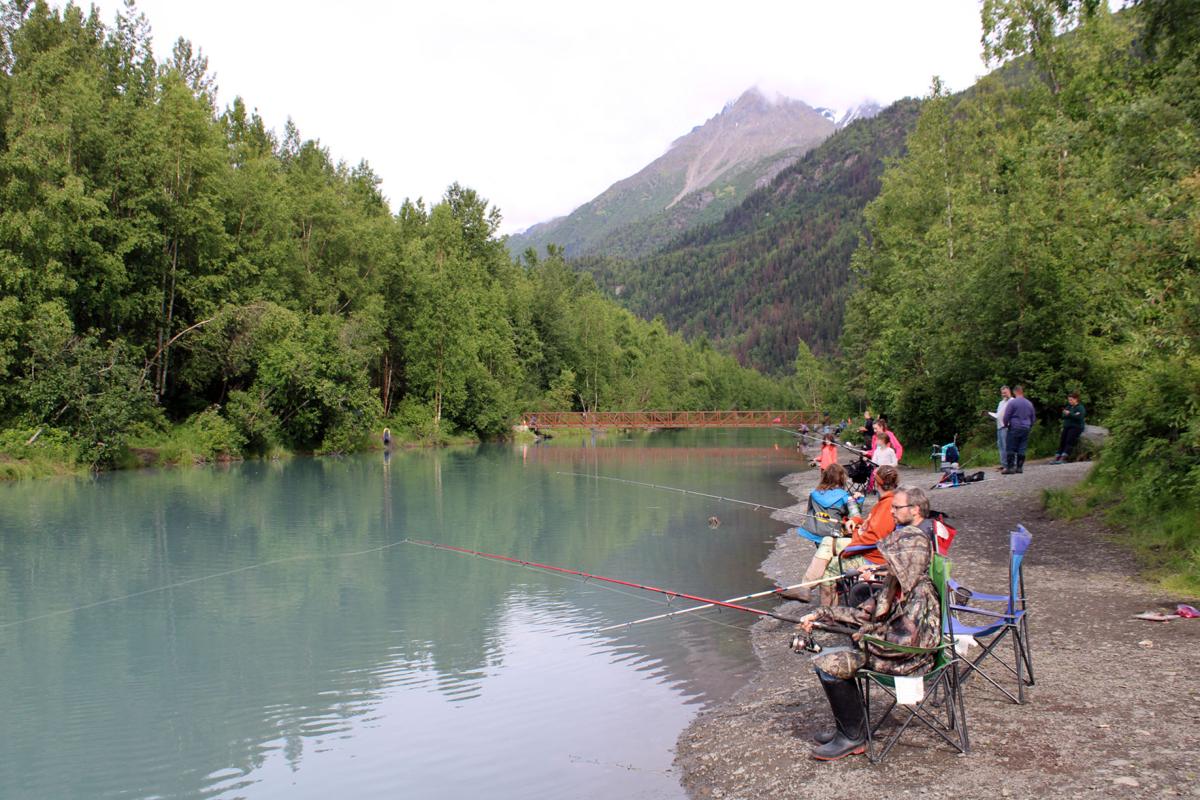 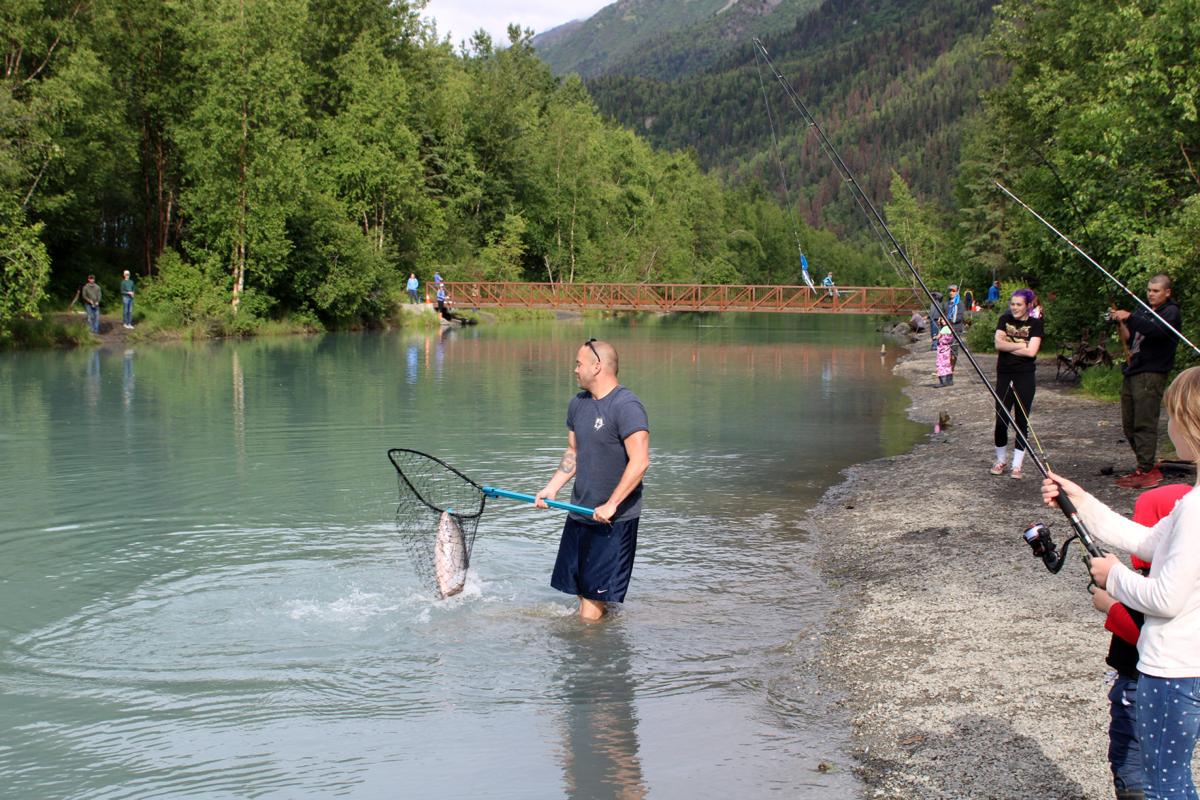 WASILLA — Dozens of families brought their kids fishing to the Eklutna Tailrace for Youth-Only King Salmon Fishing Day, an annual fishing event established by the Alaska State Legislature and implemented by the Alaska Board of Fisheries to provide a special opportunity for young people to get out and go fishing.

“We encourage adults to bring young anglers out to the Eklutna Tailrace on Saturday to give them a shot at catching king salmon, without adult competition,” Assistant Area Management Biologist Samantha Oslund stated in a recent press release from the Department of Fish and Game.

Anglers 15 years and younger were allowed to fish from the The Eklutna Tailrace Youth-Only Fishery found at the confluence with the Knik River upstream to the pedestrian bridge Saturday, from June 20 from 6 a.m. to 6 p.m.

Anglers above 16 years of age were not permitted to fish in the designated youth areas that day, but they could fish before and after the boundaries.

Youth anglers didn’t need a sport fishing license but they had to keep a Sport Fish Harvest Record Card and record their catches immediately.

Adults could assist their young anglers with baiting the hook and casting. They could even help land the fish as long as the child was the primary fisher.

The bag limit was one king salmon per day. Anglers were allowed to use bait and multiple hooks.

Eklutna Tailrace is the only place in the Valley where people are allowed to catch and keep kings this year, according to local fishing columnist and owner of Fishtale River Guides Andy Couch.

“It’s a lot easier than taking a boat somewhere,” Couch said. “The access is great.”

Social distancing notices were posted across the area. Couch wasn’t there that day but he said that king salmon catches are down in general this year. He suspects there will be higher catch rates at the Coho Youth Day event in August.

Couch said the Eklutna Tailrace is available 24/7 for families to show their kids how to fish with stocked kings, silvers, pinks, chums, and dollies.

“You can go any day you want,” Couch said.

Couch said the Little Susitna River is another great place to take kids and the stocked lakes are also good for teaching them the ropes. He said events and activities like this and taking kids out on fishing trips encourages them to take up fishing for the rest of their lives.

“It’s probably a big deal for a kid to be out there and catch a king salmon,” Couch said.

Eklutna Tailrace is located at mile 3.5 on the Old Glenn Highway. For more information, visit adfg.alaska.gov.