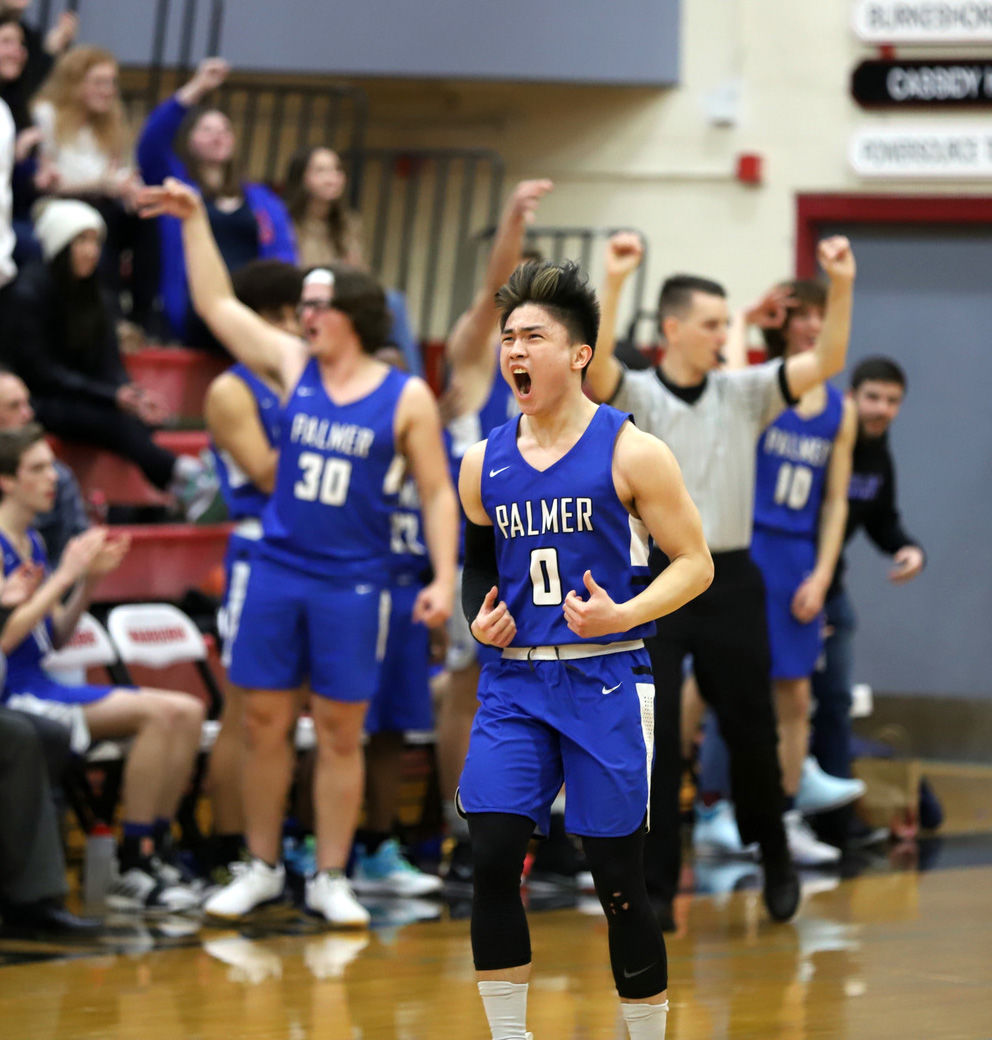 Palmer guard Dae Osiensky celebrates after a three-pointer during a 46-40 win over Wasilla Tuesday. 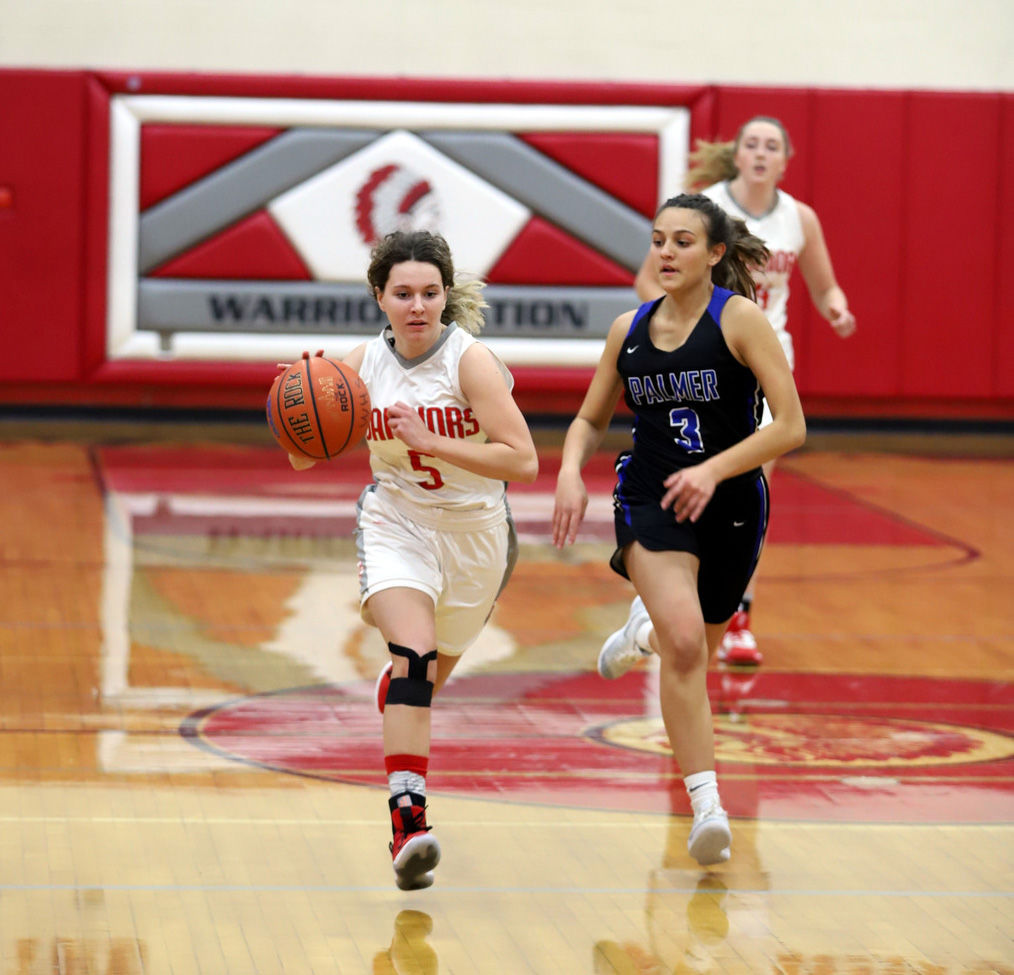 Wasilla guard Harmony McSorely races up the floor during a 70-34 win over Palmer Tuesday.

Palmer guard Dae Osiensky celebrates after a three-pointer during a 46-40 win over Wasilla Tuesday.

Wasilla guard Harmony McSorely races up the floor during a 70-34 win over Palmer Tuesday.

For more than the first six minutes of regulation, the Palmer Moose couldn’t find a way to the scoreboard. But with a strong second quarter and big shots in the second half, the Moose found a way to score their first win over rival Wasilla in four years.

Wasilla held Palmer scoreless until Lavar Marshall went to the basket with 1:23 left in the first quarter, and Palmer took its first lead with a Carson Helm basket with 5:19 left in the half. The Moose outscored Wasilla 23-11 in the second quarter.

Dae Osiensky and Shea Halbert combined to hit six three-pointers in the win. Osiensky scored a game-high 17, which included eight points in both the second and third quarters. After Wasilla’s Luke Devine cut to the basket and tied the game at 26 in the third, Osiensky drained a three to push Palmer ahead. Andrew Devine followed with a three-point play to tie the score again, this time at 29. But Osiensky struck again, hitting another three from the wing to give Palmer the 32-29 advantage.

Luke Devine scored five key points in the fourth to give Wasilla a lead. Devine hit a three-pointer to tie it at 34, and drained a pair of free throws.

With 2:37, Halbert hit a three-pointer to put Palmer back on top. Helm added a rebound and put back to extend the lead.

Luke Devine led the Warriors with a dozen in the loss. Marshall added 11 for Palmer.

Bella Hays used a big effort to lead Wasilla to a 70-34 NLC win over Palmer Tuesday.

Hays scored 22 points and pulled down 14 rebounds in the win. In addition to her double-double, Hays was also one of four Warriors to hit double digits in the scorebook. Sheridan Green added 14. Harmony McSorley chipped in a dozen, and Jazlynn Novelli scored 11.

Wasilla started the game on a 20-8 first-quarter run and held the Moose to single digits in scoring during each of the first three quarters. Catherne Uschmann led the Moose with nine points.