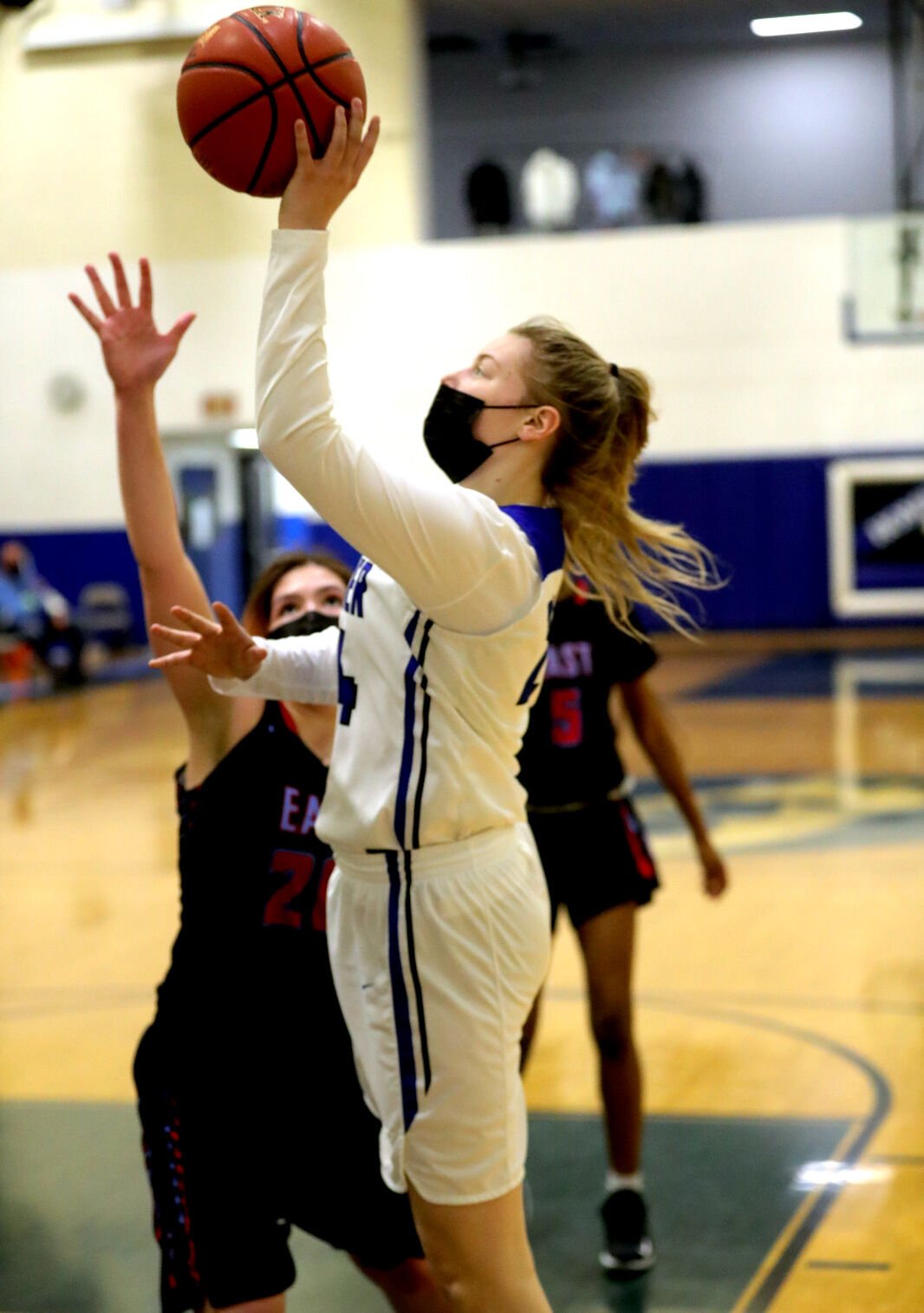 Palmer's Alyssa Clark goes to the basket during a win over East Anchorage. 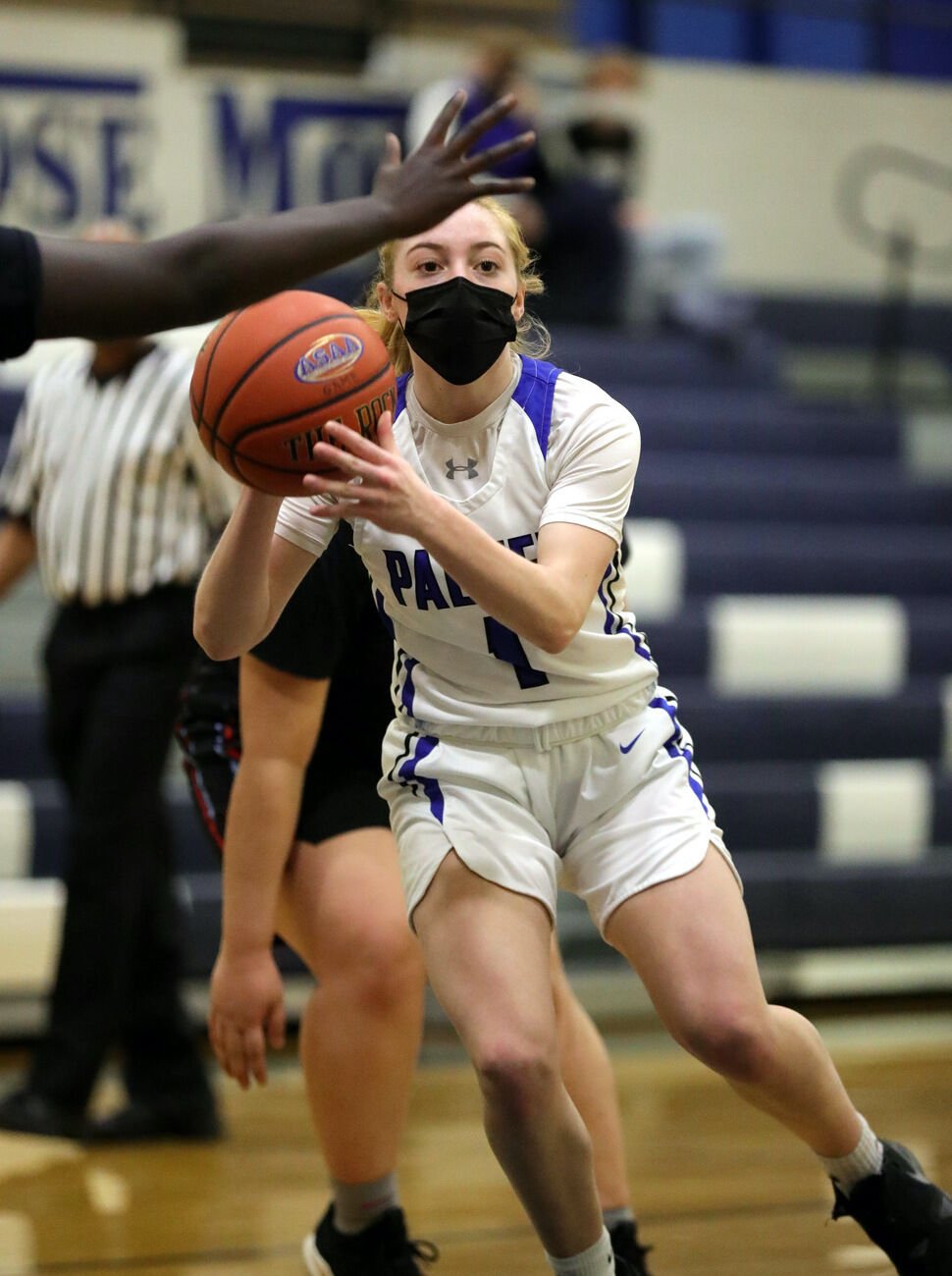 Palmer's Liv Solis makes the pass during a win over East Anchorage. 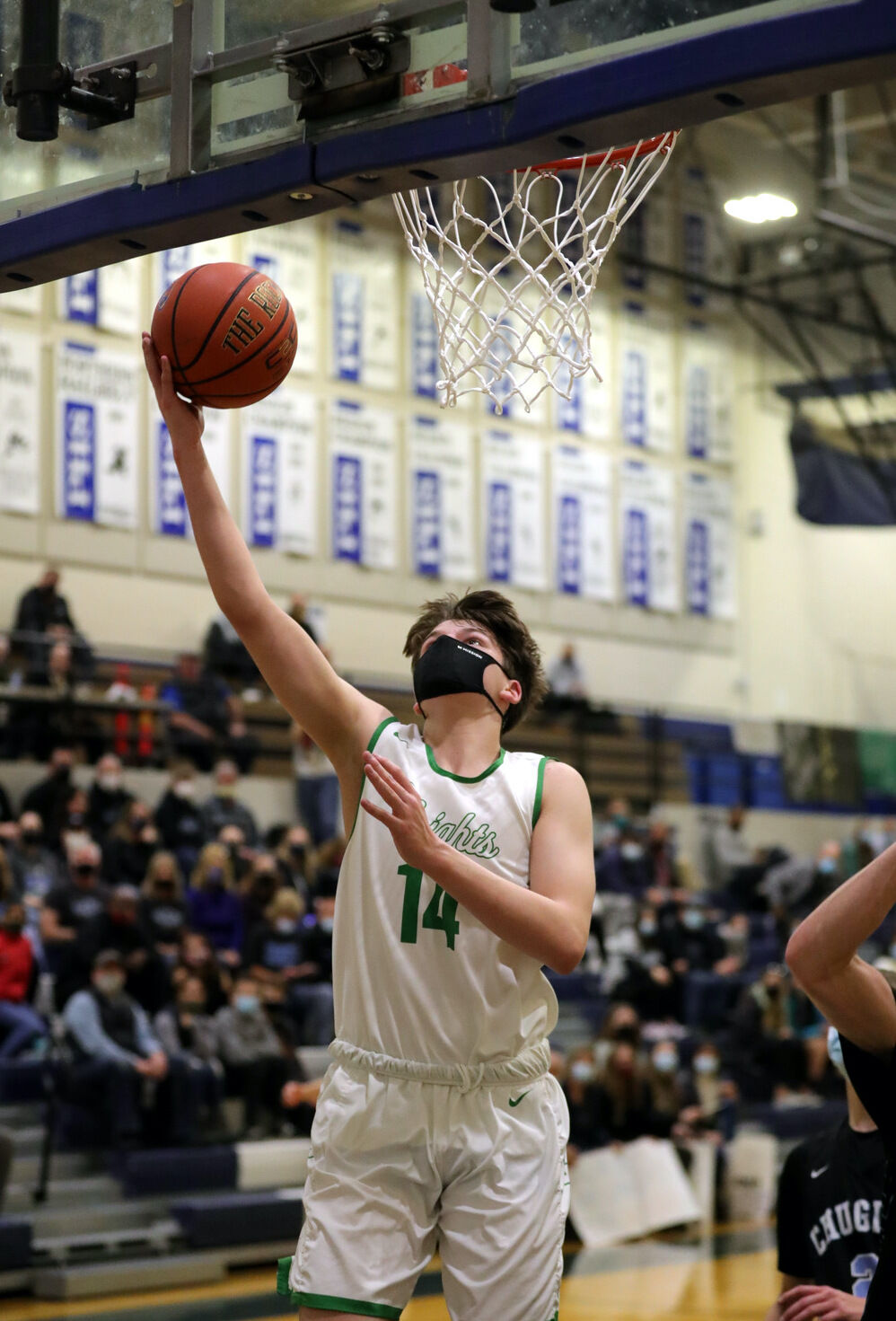 Colony's Kash Luce goes to the basket during a loss to Chugiak. 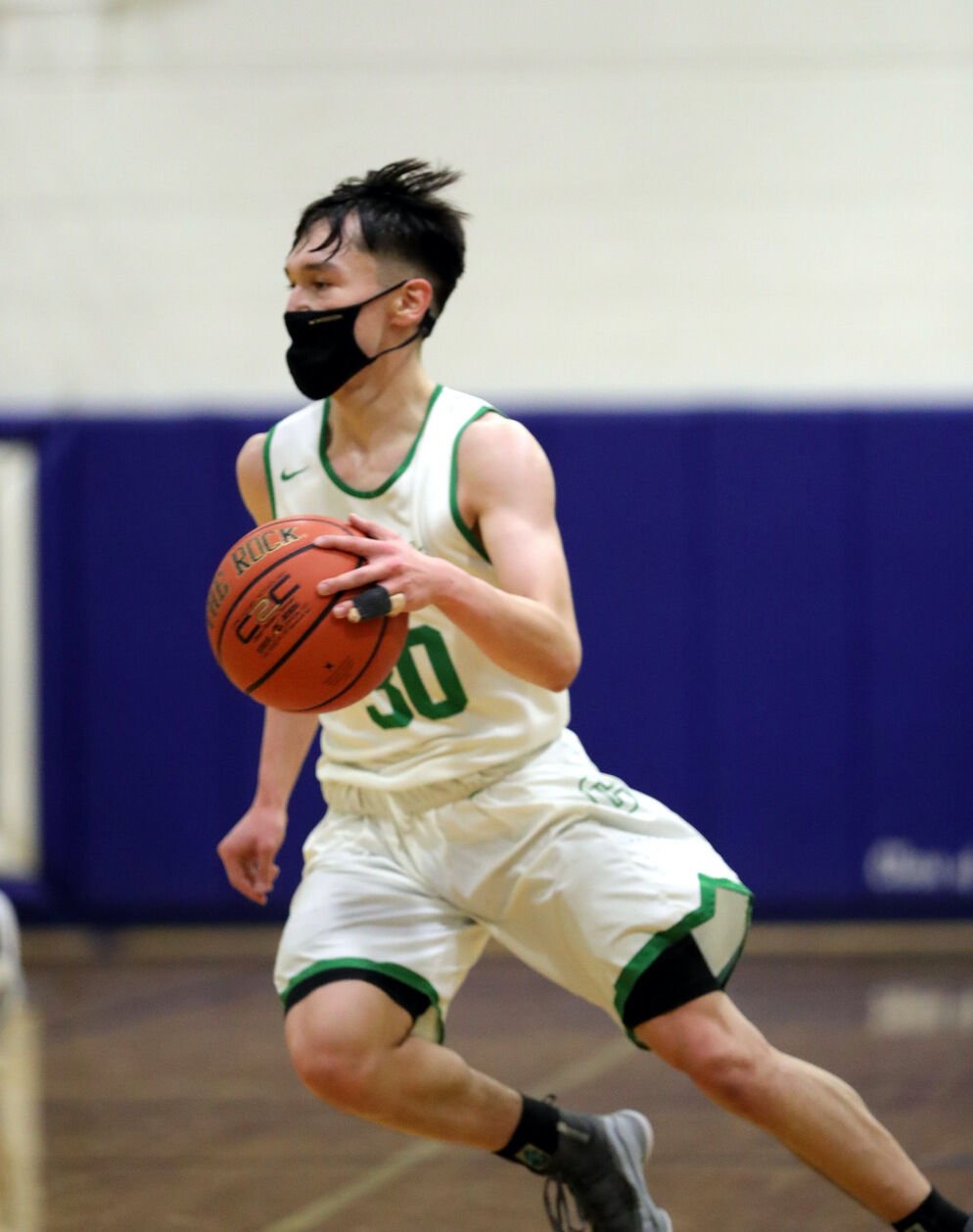 Colony's Jeremiah Hersrud works the ball down the floor during a loss to Chugiak.

Palmer's Alyssa Clark goes to the basket during a win over East Anchorage.

Palmer's Liv Solis makes the pass during a win over East Anchorage.

Colony's Kash Luce goes to the basket during a loss to Chugiak.

Colony's Jeremiah Hersrud works the ball down the floor during a loss to Chugiak.

The Palmer Moose capped their season with a victory. Palmer scored a 62-56 win over East Anchorage during the consolation round of the ASAA/First National Bank 4A Girls State Basketball Championships Friday morning at Palmer High School.

Palmer rebounded after a loss to Bartlett, the top-seed in the bracket, during Thursday’s quarterfinal round. There is no fourth-place game in the 2021 state tournament.

Kinzey Hutchings hit a trio of three-pointers and scored a game-high 18 points for the Moose. Hutchings helped the Moose grab an early lead scoring nine of Palmer’s 17 first-quarter points.

Catherine Uschmann, playing in the final game of her stellar four-year career with the Moose girls’ basketball team, scored 12 points. Uschmann is the lone senior on Palmer’s 2021 squad.

Palmer also earned the 4A girls state academic award. The Moose qualified for the state tournament for the first time since 2012.

Both the Colony girls and boys teams suffered losses during the 4A state semifinals Friday at Palmer High.

Lathrop held on to beat 65-60 in the 4A girls semifinals. Indiya Clarke led Colony with 21 points. Maggie Spencer and Tori Schwantes had 14 points each. Hannah Duguid added 11.

Chugiak used eight three-pointers to beat Colony 76-56 in the 4A boys final. The Mustangs also scored 47 of their points in the second half.

Patrick McMahon, a two-time 4A boys player of the year, led the Knights with a game-high 25 points. Jayce Underwood added 10.

Chugiak had five players finish in double digits. The Mustangs were also 12 of 17 from the free throw line. Colony made only three trips to the line, and was 1 of 3.

The seasons for both the Colony girls and boys came to an end with the loss. There are no third-place games in the 2021 tournaments.

Lathrop will face Bartlett in the 4A girls title game and Chugiak plays East Anchorage in the 4A boys state title game.

The loss capped the season for Wasilla.