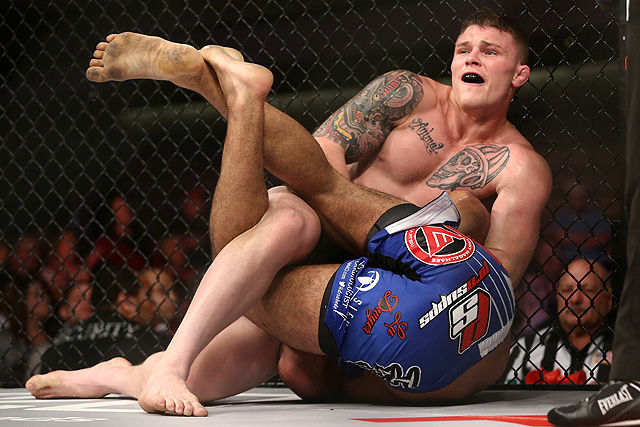 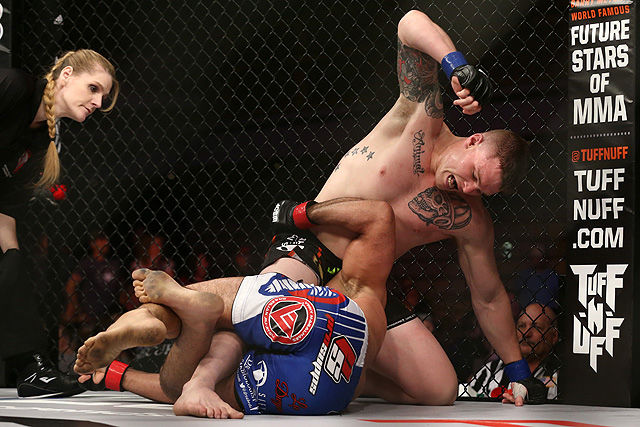 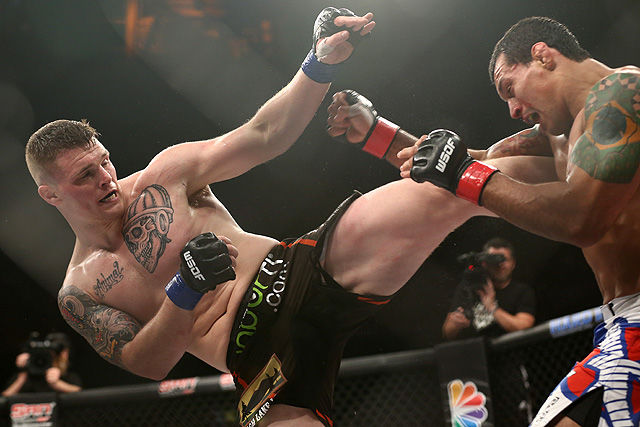 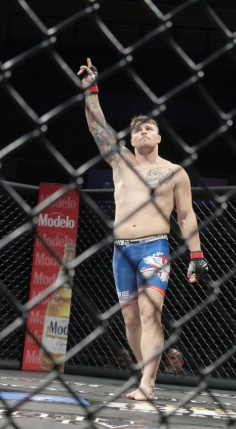 Jake ‘The Honey Bear’ Heun started and ended his 2019 in similar fashion, but under much different circumstances. The 32-year-old Heun has ridden the rocky road of a career in professional mixed martial arts, and landed perhaps his biggest win of his career on New Year’s Eve at the Rizin 20 event in Saitama, Japan.

“It’s been a dream of mine since I started MMA when I was first watching it to fight in Saitama on New Year’s Eve and to knock somebody out in the first round that is an Olympic champion. It couldn’t have gone any better,” said Heun during an interview with mmafighting.com after his win.

Heun entered the square ring to fight against 33-year-old Satoshi Ishii who won the 2008 Gold Medal for Judo representing Japan at the Beijing Olympics. Heun and Ishii exchanged a few jabs in the first round before Ishii shot at Heun’s leg, grabbing him from behind. Heun somersaulted forward out of the hold and landed a solid right hand just over a minute into the fight. Only one minute and fifteen seconds into the fight, Heun caught Ishii with a nasty uppercut that ended the fight, improving Heun’s record to 15-9, a long way from where he was at the beginning of 2019.

“It’s been an absolutely crazy year for me. My first flight was in Alaska. I just took the fight so I could make plane ticket money to get out of AK,” Heun said. “To think your career is at its end and then everything get flipped on its head. I’m probably where I want to be. I mean you go from fighting in the AFC, Alaskan stadium in front of 700 people to sold out Saitama Super Arena on New Year’s Eve and knocking out an Olympic hero.”

Known not only for his fighting ability, but also his personality, Heun never misses an opportunity to make an entrance. Having already entered the ring in a flight suit to Kenny Loggins’ ‘Danger Zone’ and dancing dressed as Star Lord from Guardians of the Galaxy, Heun dusted off a classic for his entrance in Saitama. Wearing a white tank top and channeling the late Freddie Mercury, Heun walked down the runway to the ring dancing to Queen’s ‘Another One Bites the Dust,’ and did just what his entrance music suggested he would. Heun’s 2019 started with a quick knockout that was designed to get his career back on track and ended 2019 with another quick knockout to complete his comeback and cement his status as one of Rizin’s best 105 kg fighters.

“The next step now after winning on New Years is coming for a belt,” said Heun.

Heun fought at 105 kg’s but told reporters that he would fight in the heavyweight division, light heavyweight, or even open weight. Heun wants the opportunity to fight the best in his weight class for Rizin and made the move from Thailand to Australia and began training at Absolute MMA early in 2019. Heun credits the gym with helping him prepare for the fight and maintain focus for the quick knockout.

“I don’t get paid by the minute bro, I was trying to get out of there,” Heun said in January after his 45 second knockout of Mina ‘Da Munster’ Faavale at the Alaskan Airlines Center.

Heun was born in Palmer and excelled in football and wrestling while attending Palmer High. Nearly a decade ago, Heun played in a college football bowl game as a fullback with the University of Hawaii. Heun’s opponent, Ishii, is a Japanese-born Judoka who calls Croatia home. Heun was prepared for the pedigree of his opponent.

“What happened is what I planned on. We were actually drilling that same combination in the back because we knew that he circled my power side,” said Heun.

Heun awaits his next opponent, but still has fights remaining on his existing contract with Rizin. Beginning 2019, Heun’s record was 11-9 and he had come off a pair of tough losses on United States soil. Heun told reporters after his knockout of Ishii that the Rizin rules are more conducive to his style of fighting and that he prefers fighting in Japan.

“If we’re here to see who’s the best fighter, the best martial artist this is, the purest rule set to do it especially now that Rizin has gone from the pride rule set where no elbows were allowed to this rule set, this is the cleanest and best most violent amazing thing that exists on this planet and I’m so stoked to be a part of it,” said Heun.