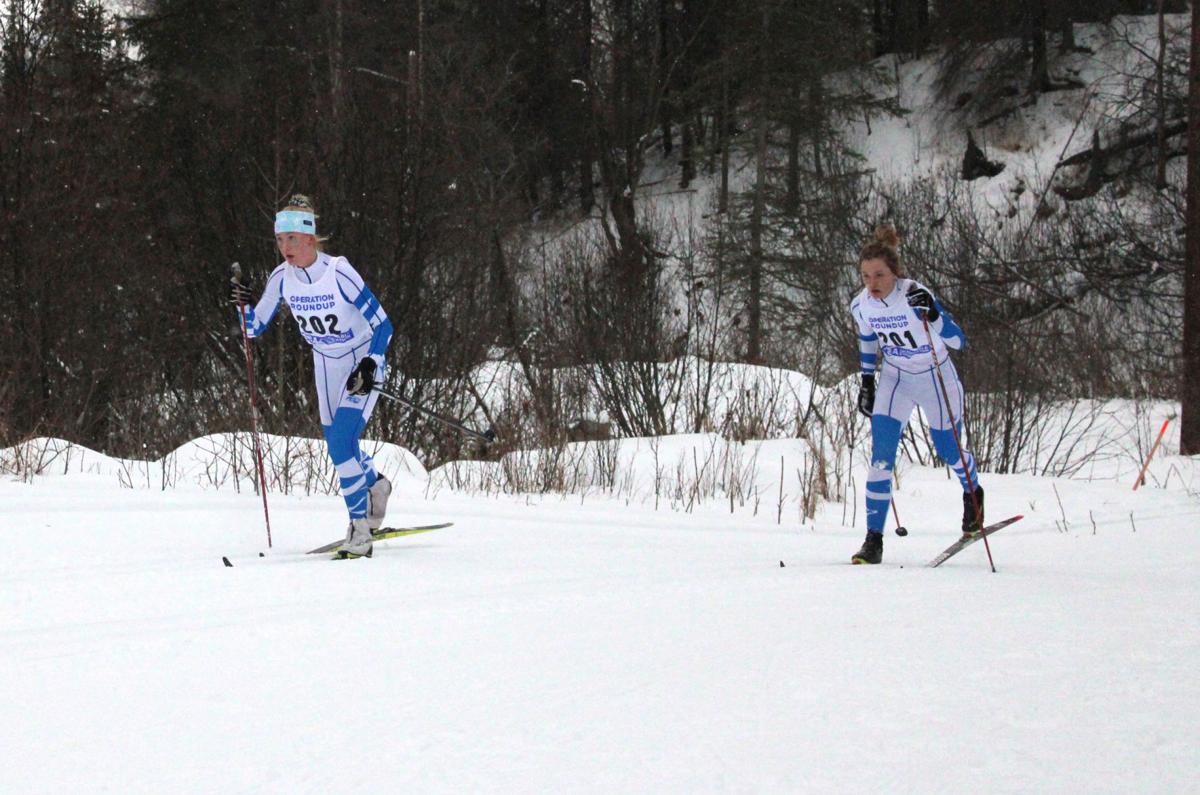 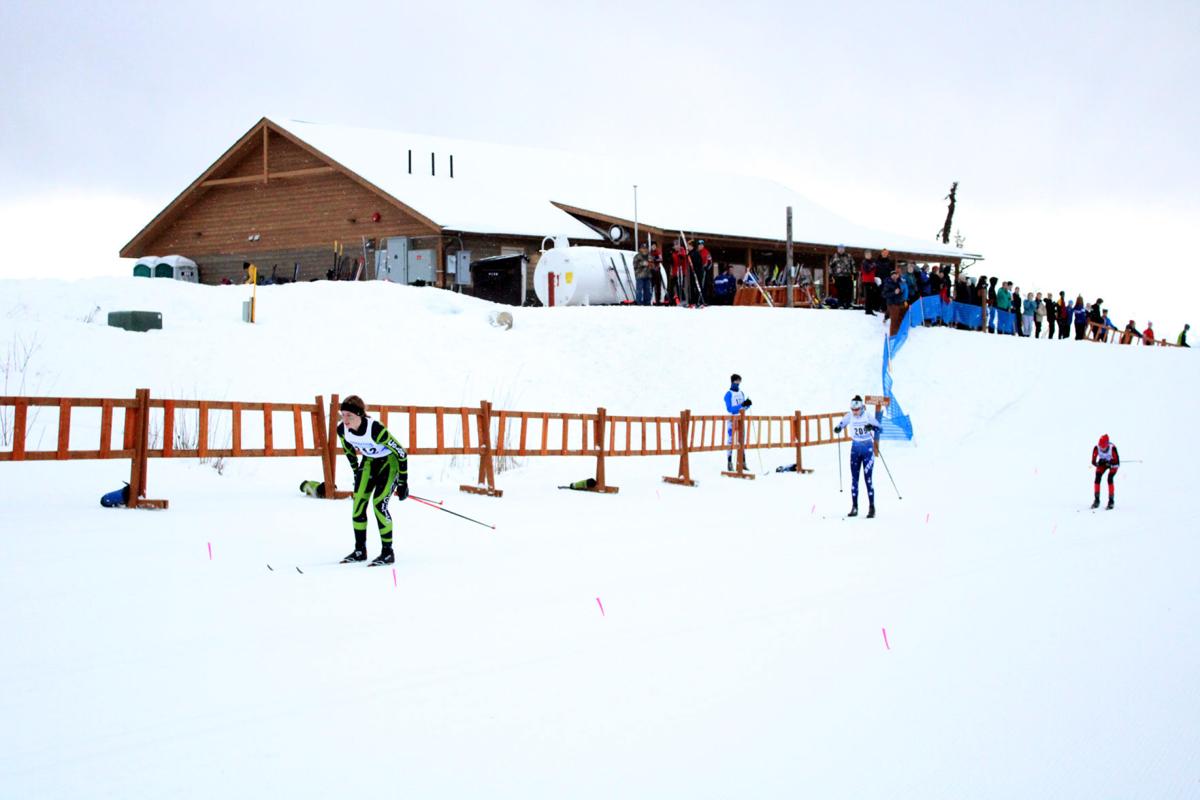 “It’s just really great that we’re able to still maintain our first place even though Katey’s not with us,” said Whittington-Evans. “We kind of were neck and neck going down the hill and then she ran past me at the end.”

While Whittington-Evans won the skate race by under two seconds over Berrigan, Saturday’s classic contest saw a wild finale. Heading into the stadium with just under a kilometer to go, both Berrigan and Whittington-Evans crashed, leaving Berrigan without one of her poles.

“We both kind of merged into one of the same tracks and so she kind of grabbed my pole and my pole shattered in half and then she took a fall. So I come down but luckily coach Evans was right there and had an extra pole in his hand,” said Berrigan.

Palmer head coach Mikey Evans carries two sets of ski poles with him as he patrols the race course at every event. Evans estimates that in over a decade of coaching cross-country skiing, he has only had to hand out five poles, but was prepared on Saturday. Palmer’s top two held nearly a minute lead in both races.

“You would give a pole to any athlete in the field, not just your guy. That’s what makes our sport great, it’s the deal .She called for it back there so I was ready,” said Evans. “You’d hate to see it come down to equipment.”

While teams from the Mat-Su Valley, Kenai Peninsula and Grace Christian School in Anchorage sent skiers to compete at GPRA over the weekend, Abbi Boucher’s story on the snow is unique. With the lack of cross-country ski program at Wasilla, Warrior skiers have had to ski for one of their Valley rivals. With little success since the end of Wasilla’s ski program, Boucher represents a bright spot. As a student at Wasilla High skiing in Palmer blue, Boucher has improved her skiing throughout the year. With a time of 18:08.68 in the skate race on Friday, Boucher was counted as the third skier in Palmer’s team standings.

“We’re lucky to get her and have her in our program now because she’s an inexperienced ski racer who just has grown, grown, grown all season long and has done really well for herself and this weekend especially. She skied super well yesterday, she was our third yesterday which is great,” said Evans.

Palmer’s dominant boys team also held a sizable lead going into the classic race on Saturday. Fresh off a qualification for the Junior National Team last week at GPRA, Joseph Walling won both the classic and skate races en route to the overall Region III title.

“The best thing that ever happened to Joseph Walling is not making the junior national team last year and it was close,” said Evans. “It’s March at junior nationals in the stadium at Kincaid and he says coach, what do I got to do so this never happens again.”

Walling’s combined time of 36:46.4 was 40 seconds faster than that of the second place finisher, Walling’s teammate Kaj Taylor. Evans said that the training between Taylor and Walling in the off-season has helped improve times for the pair of Palmer skiers.

Walling hopes to continue his season’s success at the State race at Kincaid Park in Anchorage in two weeks.

After a dominant season, the opportunity for Palmer’s teams to compete at state came down to one weekend of racing. Whittington-Evans said that wax issues plagued the girls team that was expected to compete for the team title last year. Despite fresh snow and relatively high temperatures compared to what the winter has been like for ski teams statewide, Palmer’s wax strategy paid off.

“We tested wax for two hours yesterday after everybody went home. I prepped the kids skis at the school last night until 10:00 and then I was here at 6:00 this morning before any of the lights were turned on,” said Evans. “The bottom line is on a classic day you can lose minutes on your competition if they’ve got better skis than you. The athletes know that and so we put a lot of time into preparing their skis and test lots of wax combinations to make it work. I think we had good skis today.”

With a week and a half left of training before the state meet, Evans will try to fit high intensity and volume workouts for his athletes prior to tapering to allow Palmer skiers to peak at the right time. Evans said that he is more concerned with his athletes achieving their personal goals, but has high hopes for their chances at finishing high on the leaderboard.

“I’d like to see the ladies be solid in the top 10 if they can,” said Evans. “That’s going to be a tall order but I think they can get there.”