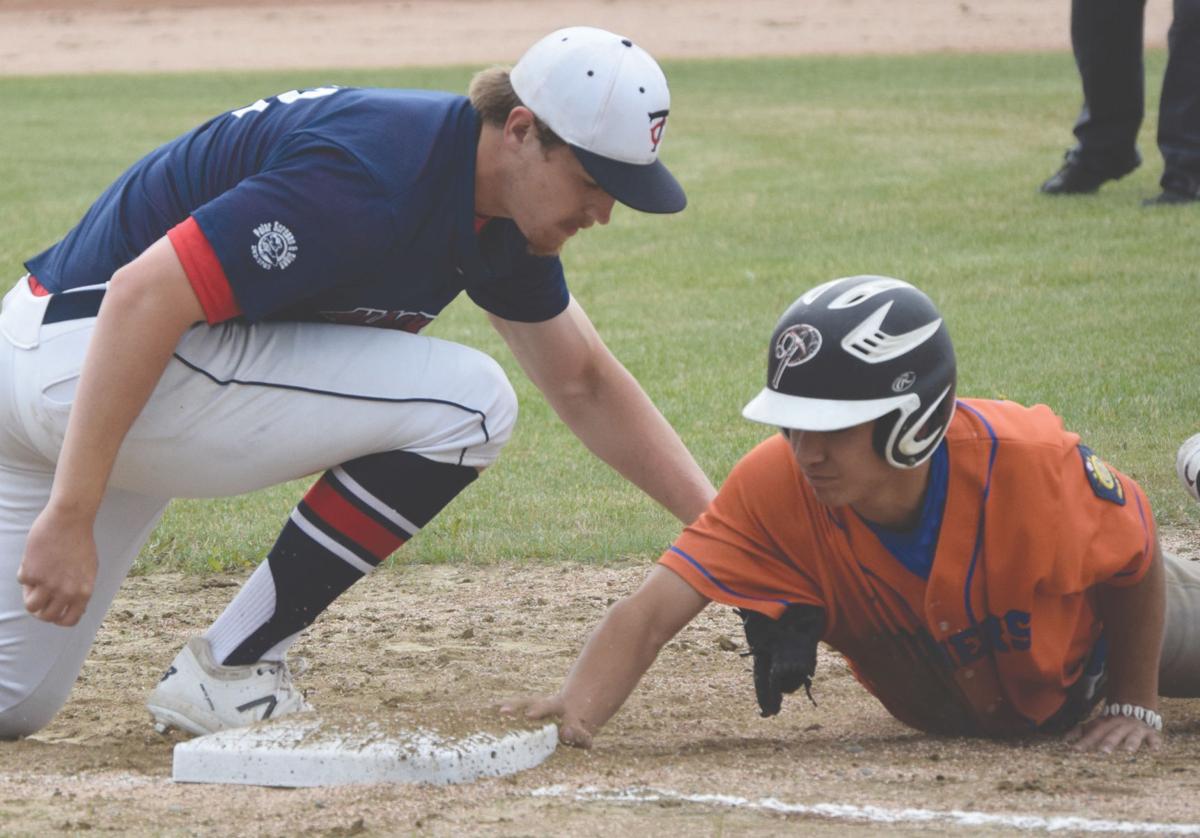 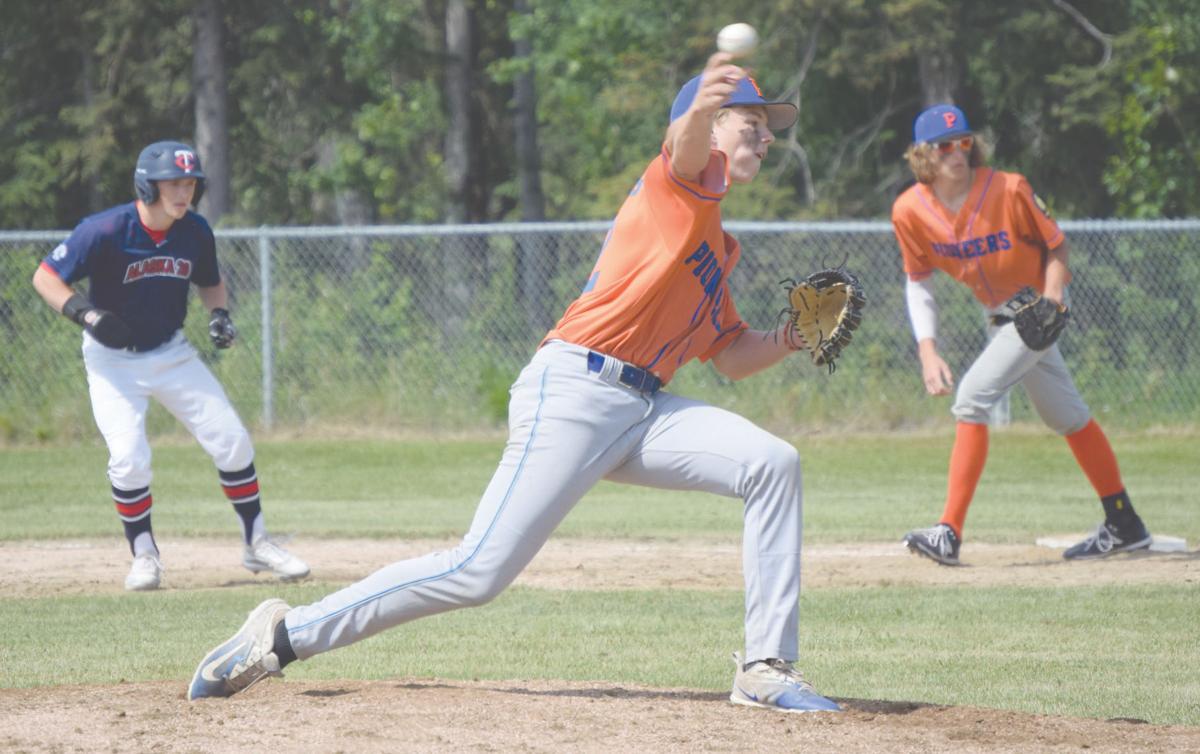 The Palmer Pioneers worked their way back from an early 4-0 deficit to claim a 5-4 Alliance Baseball League victory over Alaska 20 on Saturday at the Soldotna Little League fields.

“It was a huge game for us,” Palmer coach Matt McLaughlin said. “We’ve got a very small margin of error to make the state tournament.”

McLaughlin said there is a lot of parity in the league this season because of the lack of a high school season. Teams are still building up at-bats and getting pitchers’ arms in shape.

The Palmer coach was proud of his team for getting the win after a messy second inning put the Pioneers in a big hole against Alaska 20 starter Mose Hayes.

“They hung in there and kept with it,” McLaughlin said. “That was something we missed earlier in the year. If we had a few errors, we’d fold the tent and go home.”

In the bottom of the second, a pair of Palmer errors led to Alaska 20 taking a 4-0 lead — with three of those runs coming across unearned.

With Hayes on the hill, Palmer faced a tall order. Hayes was facing Palmer for the fourth time in two years. The Moose had never defeated the starting pitcher.

“I think Mose Hayes is one of the top pitchers in the league,” McLaughlin said. “This is our fourth time in the last two years facing him and we finally got to him.”

Palmer started the comeback in the third, when Brady Shults singled in Anthony Jones and Brayden Methven doubled in Luke Guggenmos for a 4-2 game.

In the sixth, Kaden Ketchum scored on an error to make it 4-3.

In the seventh, two Alaska 20 errors and an intentional walk loaded the bases. Methven singled to score Evan Walker and tie it at 4, then a wild pitch allowed Luke Guggenmos to score the winning run.

With two away in the bottom of the ninth, Tanner Ussing doubled to chase Landon Guggenmos. Luke Guggenmos came on to record the final out.

Landon ended up pitching 6 2-3 innings and giving up five hits and the four runs while walking three and striking out nine.

McLaughlin said Landon is the team’s big-game pitcher, using his control of three pitches to keep his walks down.

“We just did not adjust,” Alaska 20 coach Robb Quelland said. “He just threw strikes. That’s what everyone wants out of a young pitcher — keep the ball around the plate.”

McLaughlin said Luke was the perfect pitcher to bring in for the final out.

“He would be our No. 1 pitcher, but he moved to the closer role,” McLaughlin said. “He plays college football and wanted to take it easy on his arm.”

Hayes also went 6 2-3 innings, allowing five runs — two earned — on eight hits while walking four and striking out five. Harrison Metz came in to retire the final batter when Hayes went past the maximum of 105 pitchers.

“Every time he is on the mound, he gives 100 percent,” Quelland said of Hayes. “He’s thrown three max games and Dimond is the only one we’ve pulled out.

“We haven’t held up behind him.”

Quelland said Alaska 20 only has four returning players. He said that youth and inexperience can show when trying to hold a lead in the late innings.

“A lot of players are in their first season of a league and games of this magnitude,” Quelland said.

Methven finished 3 for 4 for Palmer, while Shults was 2 for 3.

In the nonleague game, Alaska 20 led 12-0 after the third inning, but again Palmer made a comeback. The Pioneers scored 10 runs in the fourth, seven in the fifth, two in the sixth and one in the seventh to claim the victory.

Wehrstein kept Palmer off the board for three innings, but then Gibson, Daltyn Deborski, Jacob Belger, Jonathan Gregoire and Dodge Petrosius couldn’t hold back the Pioneers.

For Palmer, Alexander Manning, Carson McLaughlin and Kaden Ketchum held Alaska 20 to two runs in the final 4 2-3 innings to enable the comeback.

Hayes was 2 for 2 with two runs and two RBIs, while Charles Tappen had two runs and Ussing, Gibson and Deborski had two RBIs apiece.