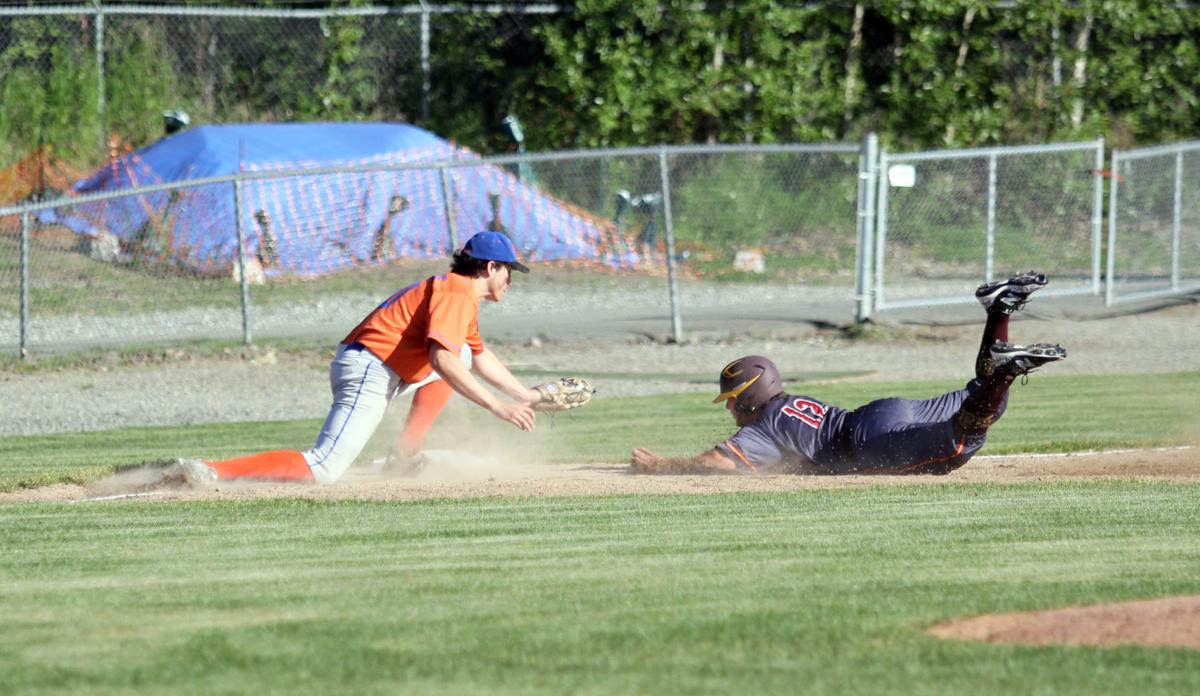 Palmer's Owen Hayes tags a runner out at third during a win over Dimond. 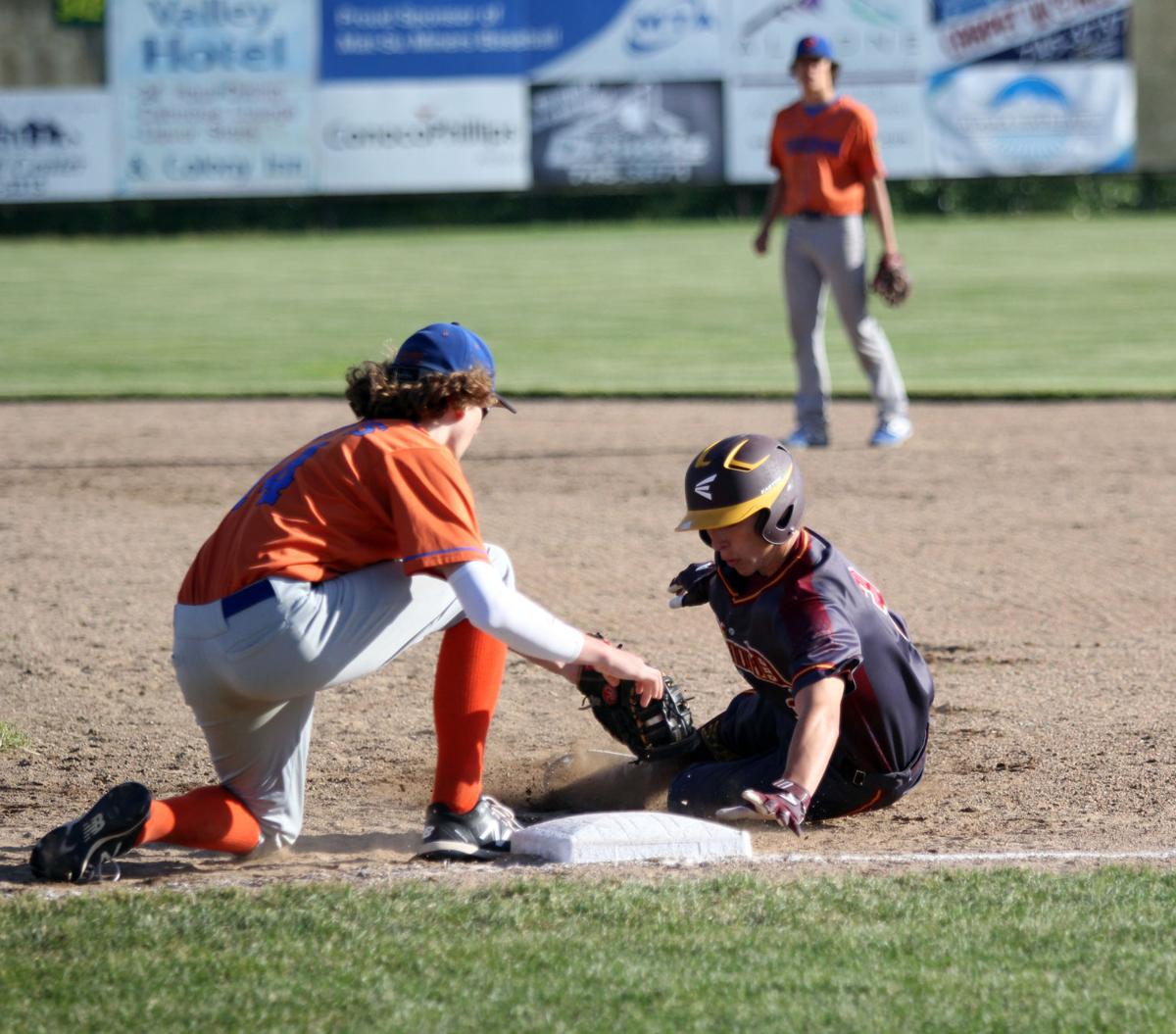 Palmer Pioneers first baseman Carson McLaughlin tags a runner out during a win over Dimond.

Palmer's Owen Hayes tags a runner out at third during a win over Dimond.

Palmer Pioneers first baseman Carson McLaughlin tags a runner out during a win over Dimond.

PALMER — By the time Dimond could react to Bryant Marks’ sacrifice bunt, Anthony Jones was about to cross the plate.

Jones scored the game-tying run for Palmer and sparked a five-run rally during the Pioneers’ 7-3 Alliance Baseball League win over the Lynx Tuesday evening at Hermon Brothers Field in Palmer.

“I knew we had to get one there,” Palmer head coach Matt McLaughlin said after the win.

Jones was on third with the Pioneers trailing 3-2 in the bottom of the fourth when McLaughlin called for the squeeze.

“The execution was excellent. Those two I trust to do that play more than anybody else on the team,” McLaughlin said of Jones and Marks.

It was the first of five runs in the final three innings for the Pioneers, who improved to 2-2 with the win. Palmer added a run in the fifth and tacked on three in the sixth.

“We had a better approach at the plate after that,” McLaughlin said. “Aggressive on the base paths. I like to play more of an aggressive game.”

Drake Gallagher scored on a Brayden Methven sacrifice fly in the fifth to give the Pioneers a 4-3 lead. Luke Guggenmos added a run-scoring single in the sixth. Marks and Carson McLaughlin also scored on errors during the inning. Dimond finished with five errors in the game.

Brady Shults finished 3 for 3 with an RBI to lead the Pioneers. Palmer’s starting catcher also gunned down a pair of runners trying to steal.

“I think he’s as good of a catcher there is in this league,” McLauglin said.

Marks and Jones scored two runs each for Palmer.

Matt McLaughlin praised the work of his pitching staff. Ben Alley made the start on the mound for the Pioneers. Carson McLaughlin pitched in relief, and Guggenmos earned the save.

Tuesday marked Palmer’s second game at its new summer home, Hermon Brothers. The field is typically the home of the Alaska Baseball League’s Mat-Su Miners. The Miners were not able to field a team this summer after the ABL opted to cancel the 2020 season due to the COVID-19 pandemic. After the announcement that the Miners would not field a team, Mat-Su general manager Pete Christopher and marketing and community relations director Denise Christopher said they wanted to give the Pioneers the opportunity to play on the field.

“I cannot thank Pete and Denise Christopher enough for the opportunity,” McLaughlin said. “It’s a unique opportunity. We are very grateful.”

The Hermon Brothers concession stand is also open during games.

Byson Malave drove in a pair of runs to lead the Wasilla Road Warriors to a 6-1 win over East Anchorage Wednesday night in Anchorage.

The win over East followed a 9-2 victory over Bartlett Tuesday night in Anchorage. Jacob Gilbert fanned nine over five innings of work and allowed only one hit, a Carl Colvecchio solo home run. Murphy finished 3 of 4 at the plate with three runs and two RBI to lead the Warriors. AJ Comacho and Max Wanser added two RBI each.